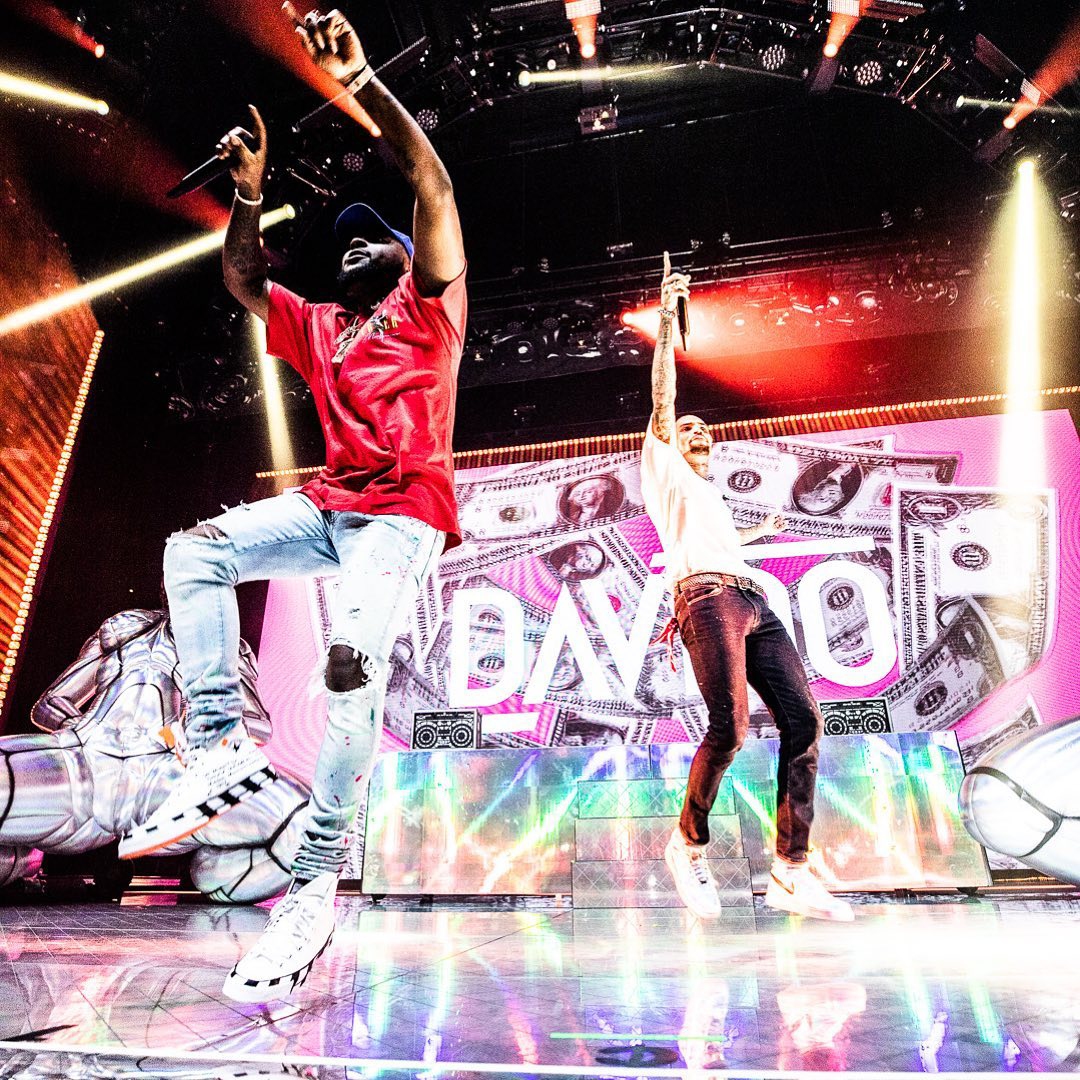 International sensation, Davido has joined Chris Brown on his Tour. The singer had earlier announced that he would be touring 6 cities in the United States with Chris Brown from September 14.

Davido was brought on stage by Chris Brown during the Tour at the Barclays Center, New York and he performed some of his songs like “If”, “Fall” and their joint song, “Blow My Mind”.

See videos from the event below: