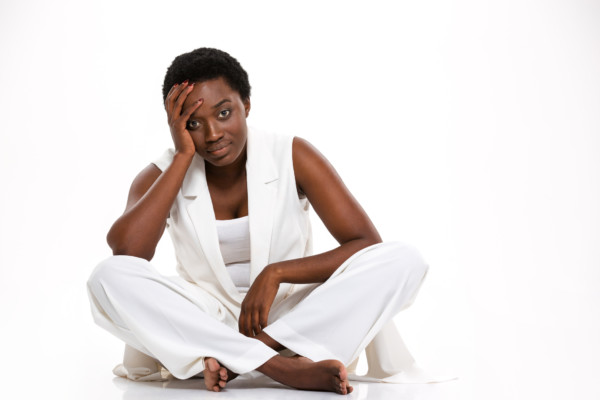 In recent times, there has been reoccurring discussions in the Nigerian public space about rape and sexual violence, which draws attention to the pervasiveness of rape culture in the African society. But, what exactly is rape culture and how does it work? It refers to the ways in which sexual violence is condoned, excused, tolerated and normalized through social behaviour.

Rape culture is fuelled by rape myths or false beliefs about what rape looks like, who is likely to commit it, and why it takes place. Rape myths also fuel ideas about what an ‘ideal’ victim looks like, and how they behave before, during or after their assault. Rape myths, therefore, influence the public’s (in)ability to believe or sympathize with victims if their rape didn’t fit common ‘rape scripts’. These rape scripts tell the public that ‘real’ rape is one that is committed by a stranger who uses violence, and where the victim puts up a valiant fight to resist. Where experiences of violence don’t fit these rape scripts, the public – including rapists and victims themselves – may not recognize their experience as ‘real rape’ and may instead view it as ‘sex gone a bit wrong.’

Rape myths and rape scripts are important examples of how rape culture is not only limited to physical acts of violence against women, but impacts what people (think they) know about rape. This has important consequences for responses to sexual violence, at institutional, policy, social and cultural levels.

One of the most troublesome elements of rape culture is the ways sexual violence is not only seen as inevitable and excusable in some contexts, but desirable as well. This is because women are portrayed as enjoying being aggressively pursued and, in some cases, overpowered by men. As such, women are seen as deserving or provoking rape by failing to perform a chaste femininity, or for sending out signals to men that they are ‘up for it’, regardless of how much they protest, or even for when they fail to give affirmative consent (where the absence of a ‘no’ is understood as being the same thing as a ‘yes). These so-called ‘signals’ include staying out late at night, drinking alcohol, flirting with men, wearing ‘provocative’ clothing, or being sexually active.

Little attention is given to the role of men who are often the perpetrators of rape. Rather, men are portrayed as being biochemically driven with limited control over their thoughts or instincts. As such, men are encouraged to view women as objects to be conquered – with or without consent, and such behaviour is heralded as a normal, healthy, and even considered a desirable part of masculinity.

Because men are constructed as so inherently sexual, women learn from a young age that it is their responsibility to avoid unwanted sexual attention. As a result, women are often blamed for inviting or even provoking violence. Normative social practices or experiences like women being terrified to walk alone at night or in certain places due to the risk of being attacked by men, or the anxiety experienced by some women when walking alone past a group of men are some examples. Rape culture, therefore, can be implicit in the form of an internalized feeling of apprehension women face when their personal autonomy is limited due to (fear of) male sexual aggression. Together, this culminates in a society which, at worst, condones sexual violence and, at best, accepts its inevitability.

According to rape culture, not all acts of sexual violence and rape are treated the same. For example, as mentioned earlier, ‘real’ rape is often said to take place between two strangers, where the perpetrator attacks the victim using violence while the victim valiantly resists. The truthfulness of rape is also often judged by the evidence or extent of physical scarring on the bodies of victims, thereby making it difficult for victims who do not meet such normative standards or expectations of ‘real rape’ to come forward in the event of sexual assault.

As such, rape culture has created an internalised fear that is further supported by the legal system where the definition of rape has historically ignored sex workers, married women, and men. In many parts of Asia, Africa, and the Middle-East, the legal definitions of rape still reject the notion that rape could be committed against one’s spouse. This supports the concept of rape culture by stripping away the credibility of the assault victim, and instead supports patriarchy, by conveying the message that women are to be seen as the property of men.

Today, digital media has played a central role in calling out and critiquing rape culture by improving the visibility of a range of discussions regarding rape culture and anti-rape activism. Importantly, digital media has created an environment for the support of victims of sexual abuse and violence. However, the participation of women from Africa, where rape culture is rife is still lacking. Women in Africa come from patriarchal societies, where their needs are often seen as less significant in the hierarchy of needs. Sexual and gender-based violence have also attained a level of normalcy and victim-blaming is deeply embedded, such that women who associate with sexual harassment campaigns pave the way for even more policing and further loss of autonomy. It is not surprising then, that African women have little association with current global anti-rape campaigns. Indeed, while many women support the movement and relate to it in personal ways, cultural norms and backlash prevent them from taking a firm, angry stand on social media, the streets, in police stations or the courts of law.

In this regard, to help address rape culture, we must stand against harmful practices, such as rape jokes, sexual harassment, cat-calling, sexualized ‘banter’, the routine policing of women’s bodies, dress, appearance, and code of conduct. The re-direction of blame from the perpetrator in an assault to the victim and the impunity for perpetrators, despite their conduct or crimes, needs to be stopped.

Jessica Ireju: Majoring in the Minors

I am a mother of two children and a researcher with a passion for writing and studying issues of gender, technology use, and the impact of digitisation on democracy.