Elton John says Micheal Jackson was "genuinely mentally ill, a disturbing person to be around" in New Memoir "Me" 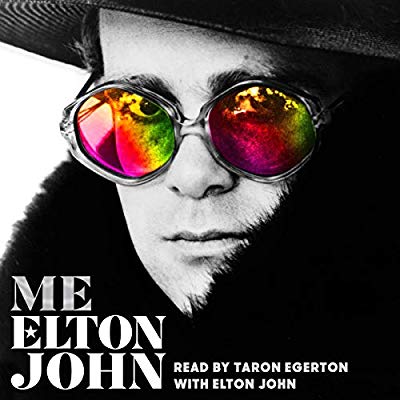 Elton John did not mince his words when describing his interactions with Michael Jackson, calling him “disturbing to be around.”

In an excerpt from Elton’s new memoir, Me, the singer wrote that Jackson was “the most adorable kid you could imagine” but later began sequestering himself away from reality.

According to the Independent, John wrote:

I’d known Michael since he was 13 or 14. Elizabeth Taylor had turned up on the Starship with him in tow. He was just the most adorable kid you could imagine. But at some point in the intervening years, he started sequestering himself away from the world, and away from reality the way Elvis Presley did.

God knows what was going on in his head, and God knows what prescription drugs he was being pumped full of, but every time I saw him in his later years I came away thinking the poor guy had totally lost his marbles.

I don’t mean that in the light-hearted way. He was genuinely mentally ill, a disturbing person to be around. It was incredibly sad, but he was someone you couldn’t help: he was just gone, off in a world of his own, surrounded by people who only told him what he wanted to hear.

Elton recounted how at a party he hosted with David Furnish, the King of Pop withdrew from the gathering without eating and was found in a cottage on the grounds where Elton’s housekeeper lived. He was playing video games with the housekeeper’s 11-year-old son.

“For whatever reason, he couldn’t seem to cope with adult company at all,” Elton wrote.

Jackson died on June 25, 2009, and his legacy has suffered after the “Finding Never land” documentary reignited allegations that the pop star molested children.