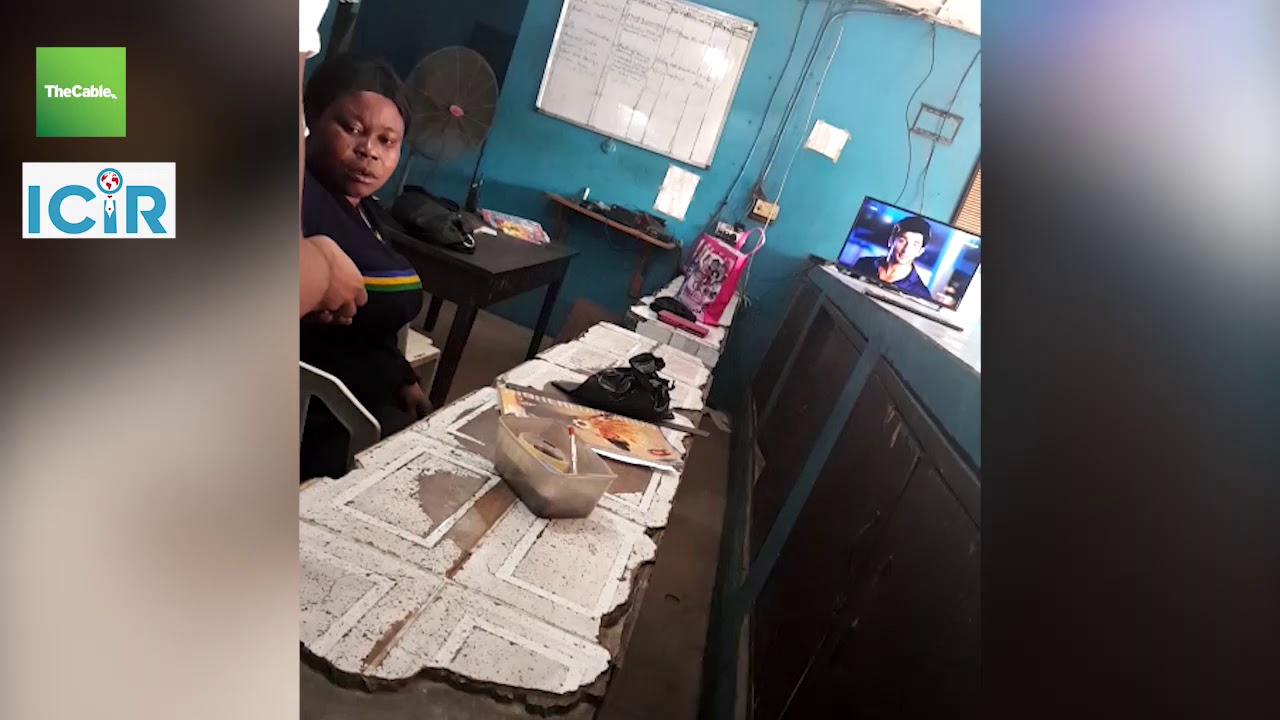 Undercover investigative journalist ‘Fisayo Soyombo spent two weeks in detention, five days in a Police cell and eight as an inmate in Ikoyi Prisons to track corruption in Nigeria’s criminal justice system, beginning from the moment of arrest by the Police to the point of release from prison.

In order to experience the workings of the system, Soyombo, adopting the pseudonym ‘Ojo Olajumoke’, feigned an offence for which he was arrested and detained in police custody, arraigned in court and eventually remanded in Prison.

In the first of this three-part series, he uncovers how the Police pervert the course of justice in their quest for ill-gotten money.

It cost only N500 for a policeman to arrest me, and N1,000 for another to hurl me into a cell. Of course they didn’t know I was a journalist; I had assumed a pseudonym and grown my hair long enough — for 10 months — to blend with artificial dreads. My locks were tinted in gold and almost all my facial hair removed.

I cut the profile of the kind of youth the Police indiscriminately railroad into their notoriously ramshackle vans for no reason, for onward transfer to their cells. One look at me and the typical policeman would have mistaken me for a compulsive hemp smoker, an incorrigible internet fraudster or a serial drug abuser.

On How and Why he was Arrested

it didn’t take too long after my arrest for me to begin to see the Police in their true elements. My supposed offence was that someone had sold me a car worth N2.8million in November 2018; however, after paying N300,000 cash, I began to avoid him — until I was eventually apprehended on Monday July 8. Once I was arrested and whisked into an innocuously passing danfo, I imagined I would be immediately taken to the cell of Pedro Police Station, Shomolu, Lagos. But it wasn’t that straightforward. I was first shoved behind the counter; and after half-an-hour, the Crime Officer (CO), Inspector Badmus, fetched me into a back office where I was grilled for close to two hours, culminating in a written statement from me that represented his thoughts more than mine. He asked me questions but only allowed me to write the answers that suited him; if the answers didn’t, he cut me short halfway. Afterwards, I was led to the expansive office of the Divisional Police Officer (DPO), a tall, dark, rotund, middle-aged man who pronounced me guilty in a matter of minutes. “This is one of the many criminals destroying this city,” he yelled after a long, menacing glance all over me. “Please hold him well!”

Bribes to Register a Case

The complainant was already registering the case with a policewoman by the time we returned, and soon after they were haggling over the fees. Chigozie Odo, the policewoman, had rejected his offer of N500. After some five minutes of talking, he handed her a N1,000 note. Immediately the money touched her hand, Odo turned on me: “Look at you. Fine boy like you; just look at yourself. Instead make you go find better work, you dey defraud people. Oya, come here!”

The suspects in the cell had gathered by the iron barricade, hungering for an entrant, clinging to the bars and chillingly rolling their eyes from the policewoman to me and then to the complainant. My heart began to pound: Are they going to pummel me? Would they accept it if I offered some cash in exchange for beating?

Odo stripped me of my shirt, singlet, belt, wristwatch, shoes and cash. “Look at his hair; na you gangan be Ruggedy Baba,” she said as she unlocked the cell and bundled me in.

Police Discover Another Torture Centre with 300 Inmates in Daura