Layal Tinubu is a Mother, Entrepreneur & Now Founder of a Children’s Educational Toyshop and Learning Space | Get the Scoop Layal Tinubu is creating a space where some of the best educational resources for kids are made accessible to parents and carers.

In this exclusive article for BellaNaija, she explains why.

As a new mother, I did a lot of research prior to the birth of my child and spoke to those who have gone ahead of me and raised amazing children. I learned so much about the importance of impactful formative years of a child and how It has a long-lasting effect on who we become as adults. I wanted my daughter to have an impactful childhood to ensure she is adequately positioned for the future. Although with parenting, you can’t control every variable and guarantee how children will turn out as an adult, it is our duty to put our best foot forward and give our children a childhood that could help jumpstart their lives for better.

I discovered through extensive research, the power of play! I am sure you have heard people say this “An idle mind is the devil’s playground”, I agree to an extent, but what if I told you sometimes allowing your children have idle time that you have curated could be the launchpad for creative, analytical and independent thinking that could possibly help them later on in life? 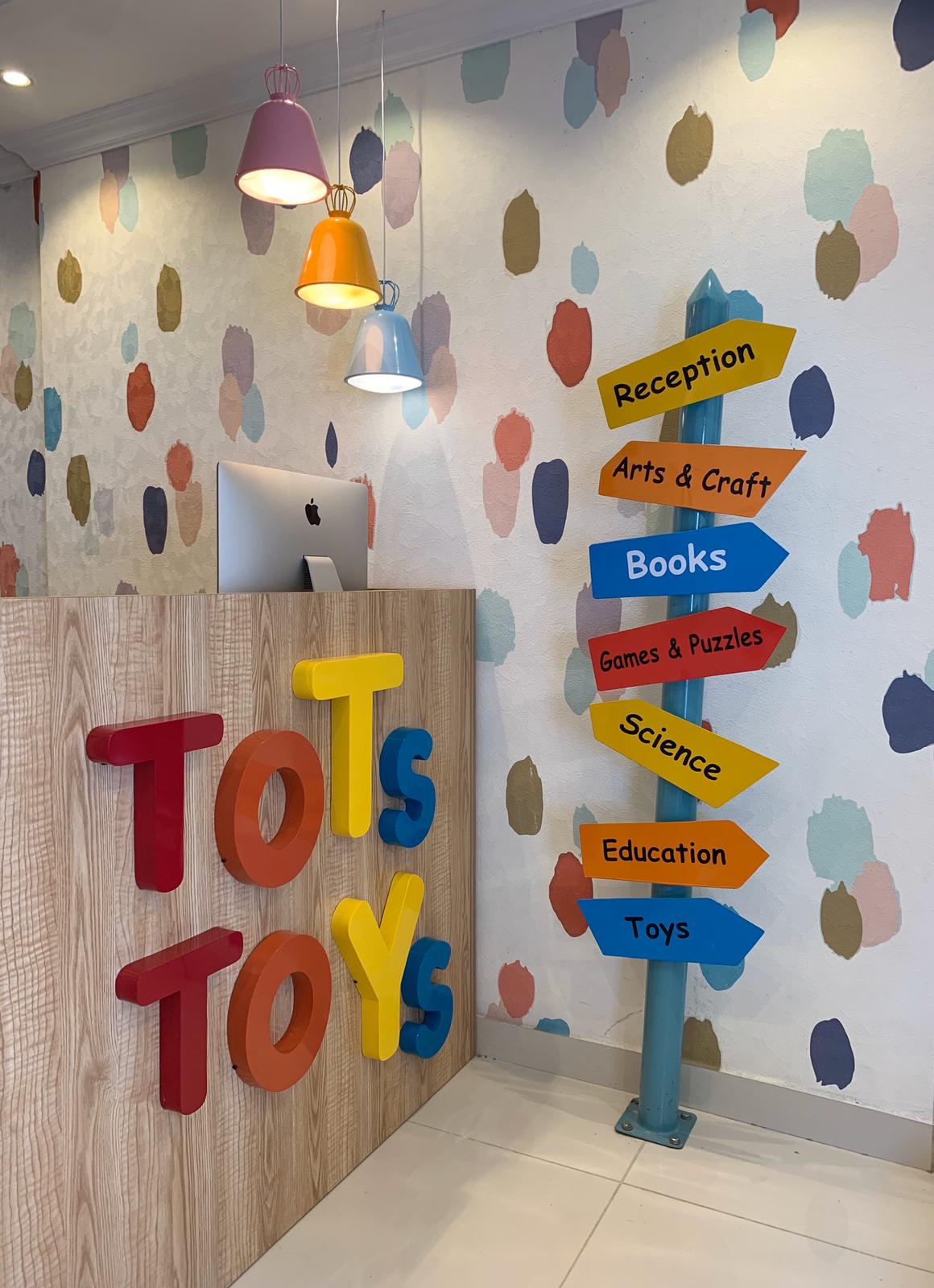 I felt a sense of responsibility to reconstruct the mindset of the traditional African parent and encourage them to change the way they see the role of play in children’s lives. Playing has a positive influence on children’s social, physical, emotional and cognitive development. Thus, Tots Toys was birthed. The process itself of looking for educational and creative toys for my daughter that stimulated her independent thinking was frustrating as I soon realized there was nowhere in my environment that catered to the need for these resources.

Play is so critical to a child’s development that it has been recognized by the United Nations High Commission for Human Rights as a privilege of each youngster. The World Economic Forum released its Human Capital Report in 2017 with the subtitle “Preparing People for the Future of Work”. The report clearly states that many of today’s education systems are already disconnected from the skills needed to function in today’s labor markets. This is because most schools and parents tend to focus primarily on developing children’s cognitive skills rather than fostering skills like creativity and independent thinking. In recent years, researchers have learned that the human brain develops most of its neurons, and is at its most receptive to learning, between birth and three years of age.

Tots Toys recognizes the need to stock toys that stimulate, encourage interaction, encourage artistic expression and generally allow children to connect with the world around them. The range of educational toys and books are all specifically sourced to aid in children’s development and learning through play.  We promote fun where children learn through a range of aspects – getting messy with arts & crafts, using their imagination with creative play and realizing the value of play through toys, games and, puzzles. Our range of educational toys is specifically sourced to help children develop fundamental skills such as cognitive thinking and problem solving, fine motor skills and nurturing creativity. When Tots Toys was birthed one of my missions was to encourage a new generation on book readers – our book section consists of over 300 different children’s books ranging from children’s classic stories, books for assisted learning and activity books.

I believe schools, mothers, fathers, siblings, teachers, careers, and society at large need to understand indepth the value and importance of purposeful play in a child life – as when we are well informed, we can raise a new generations of change agents, and groundbreakers that had a good start to life.

Rema Wants To Give the World Great Sounds & We Approve

Stop Everything! Wande Coal & Teni Are Creating Magic Together