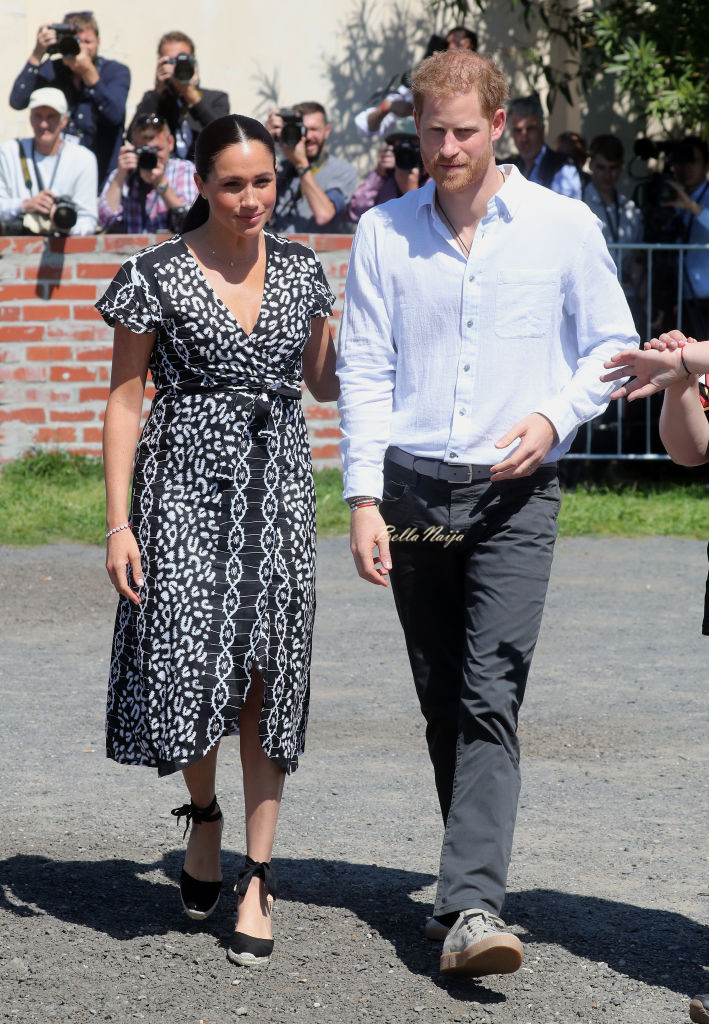 The Duke and Duchess of Sussex, Prince Harry & Meghan Markle, have filed a suit against The Mail on Sunday and its parent company Associated Newspapers after the platform disseminated a private letter written by the Duchess.

This is not the first time the Duke is standing up for the Duchess against the tabloids. Back in 2016, when they were still dating, he issued a statement through Kensington Palace denouncing the “racial undertones of comment pieces” and “outright sexism and racism of social-media trolls” targeted at Meghan in the media.

In a statement by Prince Harry, published on the 1st of October, on he and Meghan’s official website, he said members of the British media have “vilified” his wife “almost daily for the past nine months; they have been able to create lie after lie at her expense simply because she has not been visible while on maternity leave.”

Read the official statement below 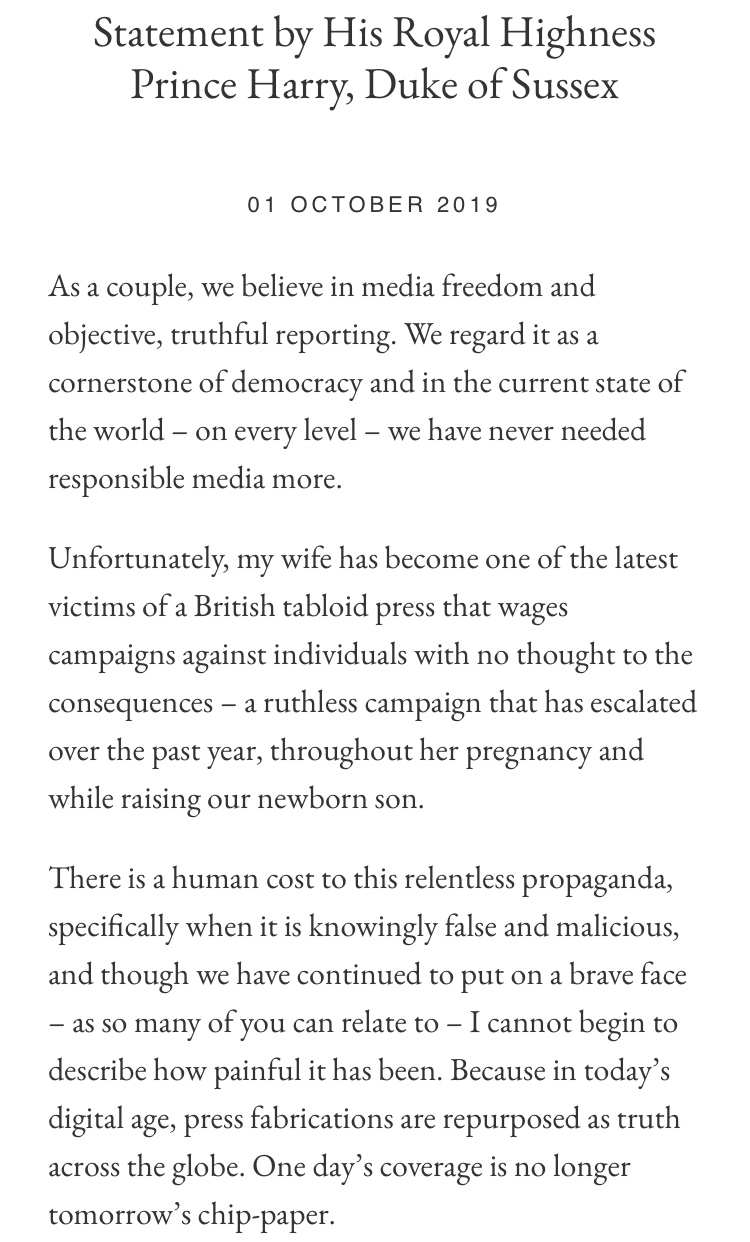 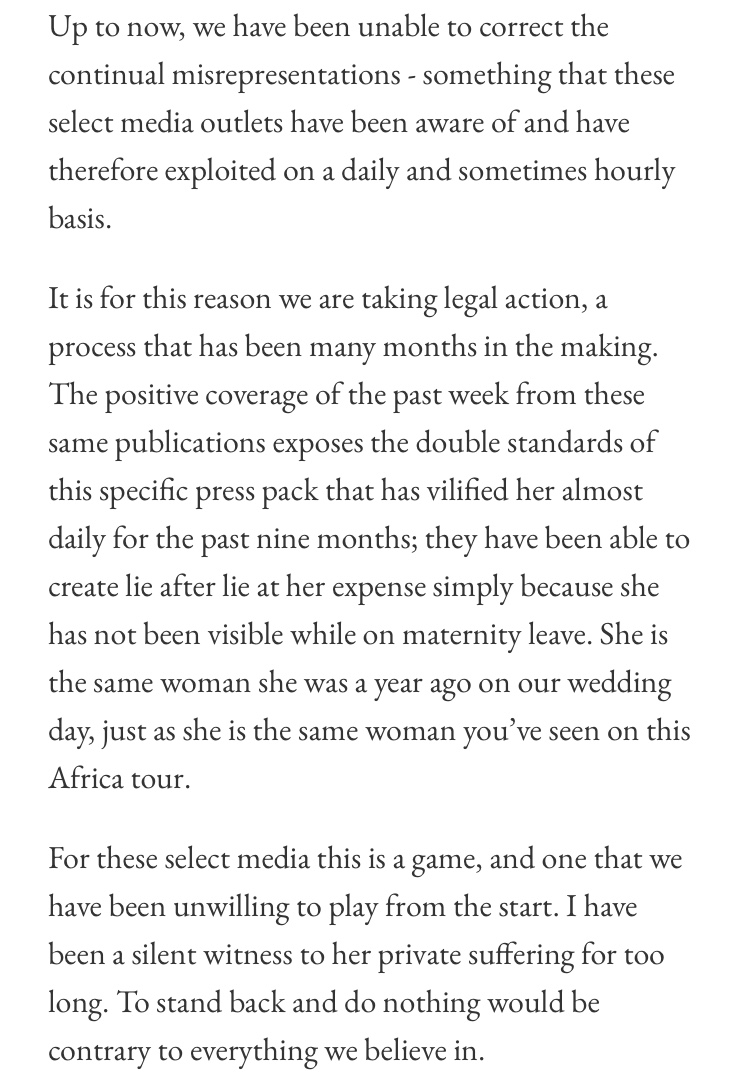 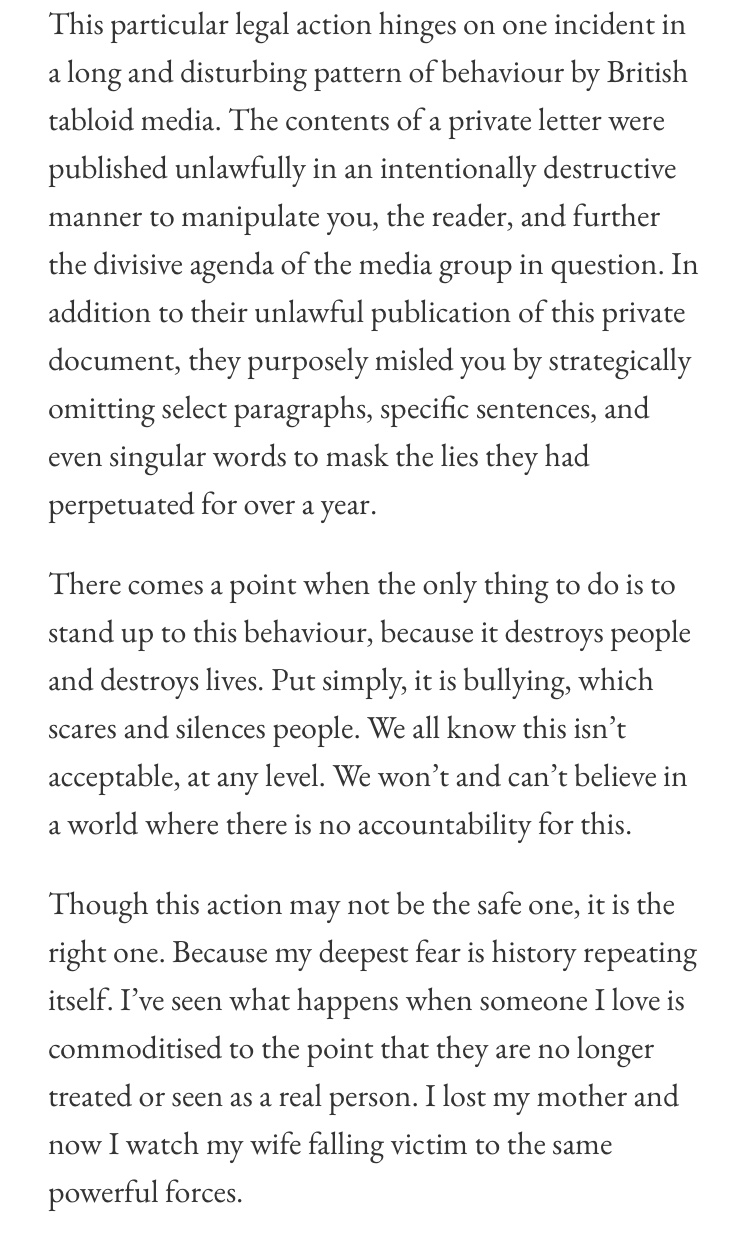 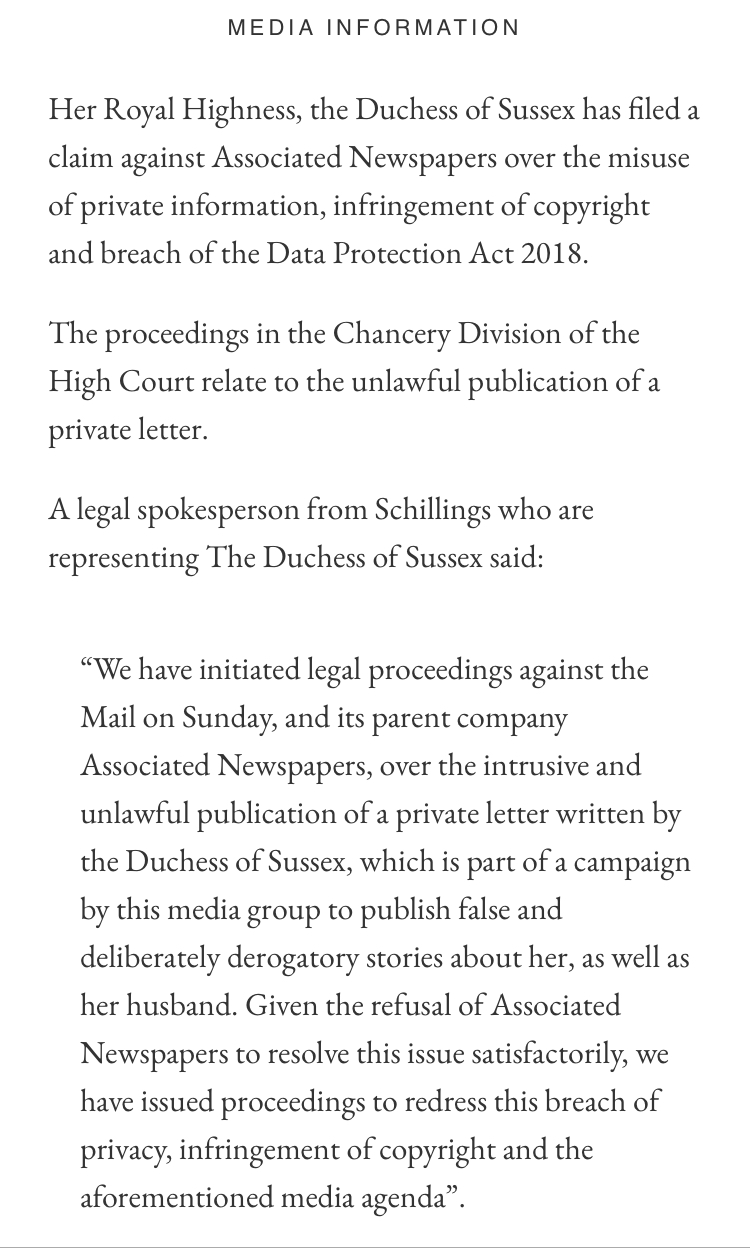 Related Topics:Duke and Duchess of SussexMeghan MarklePrince Harry
Up Next