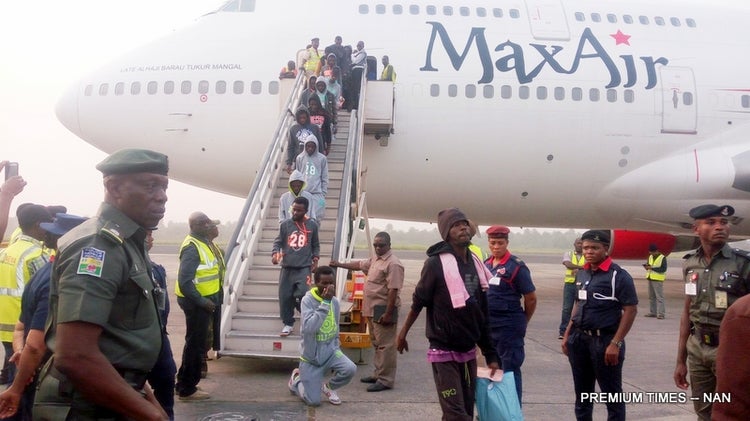 Muhammed said the Nigerians arrived at the Cargo Wing of Murtala Muhammed International Airport, Lagos, at about 5.35 a.m. on Tuesday.

He added that the returnees were assisted home by the International Organisation for Migration and the European Union under the Assisted Voluntary Returnees Programme which started in April 2017.

Muhammed said the stranded Nigerians were received on behalf of the Federal Government by NEMA and other agencies, including the Edo State Task Force Against Human Trafficking and the Nigeria Immigration Service.