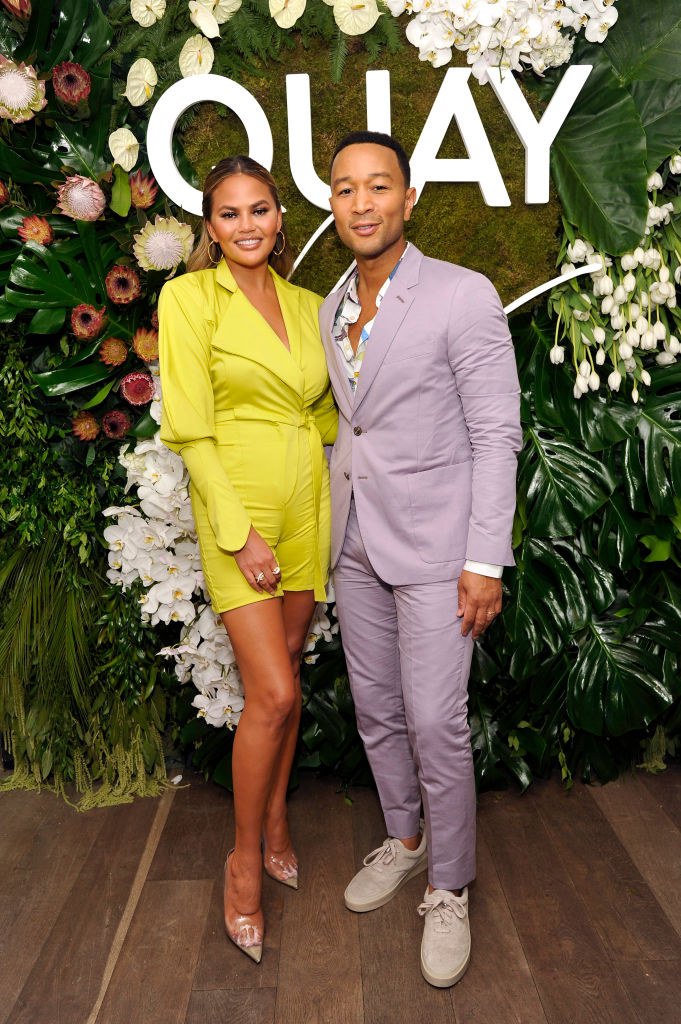 Nigeria continues to be a top destination for foreign celebrities, and John Legend is the most recent to join the list of those visiting.

John’s visit was made public by his wife Chrissy Teigen who revealed that she would also love to visit Nigeria. Except her reason is … errr … very amusing.

John went to Nigeria for a couple days and I thought about going, purely to find Michael from 90 days, but…the enchilada has rendered me useless.

For those of you wondering who Micheal from 90 is, here is the gist:

Michael is a man who became popular online when his episodes from the American reality TV show, “90 days Fiance” begun to air. Angela who was also a contestant, came all the way from the United States to meet Michael and the drama that ensued from their relationship so far, made them an online sensation.

Well, it seems Chrissy Teigen has found Micheal interesting enough to fly all the way to Nigeria to meet him.