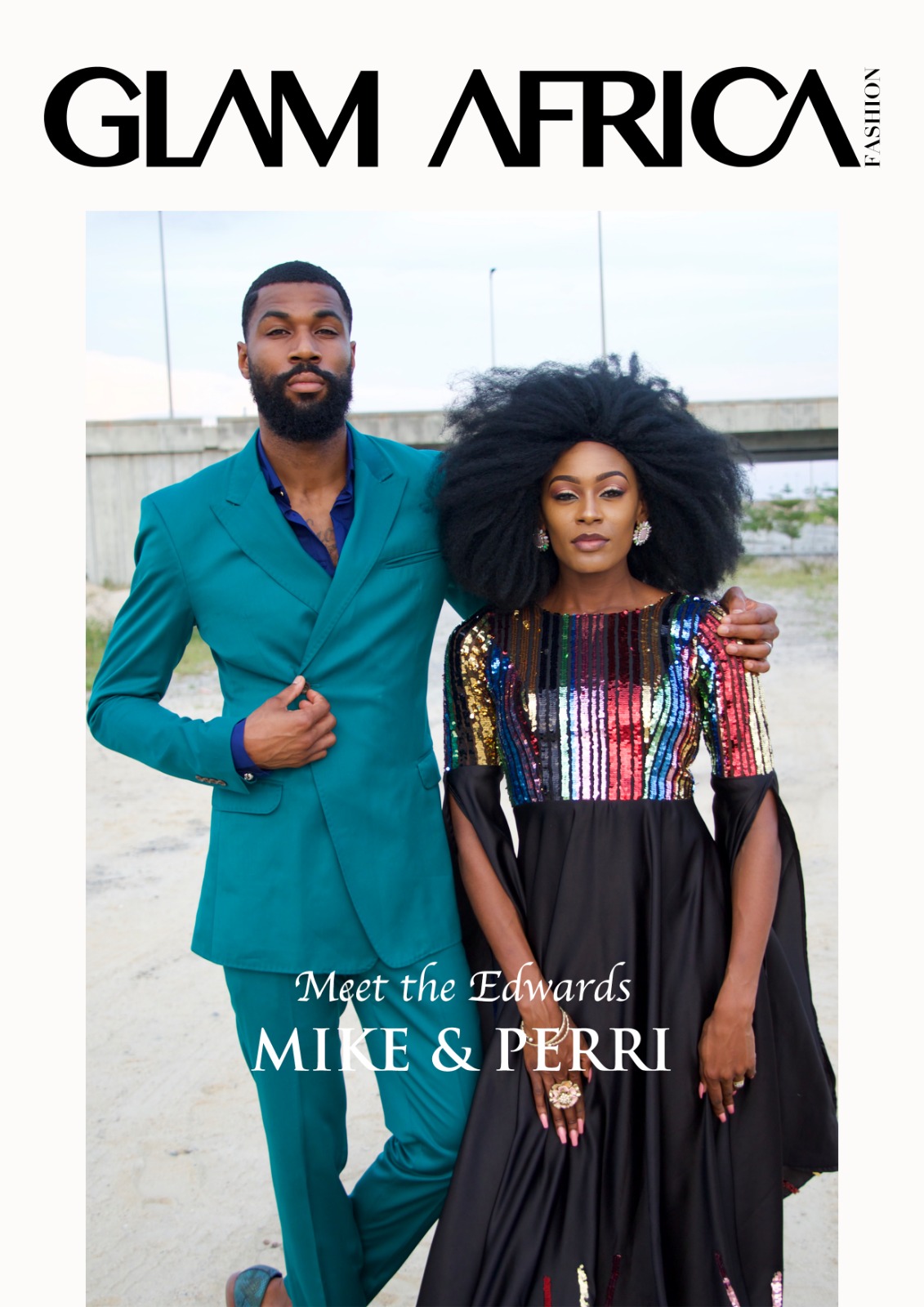 Last year, Mike Edwards who is an athlete-turned-entrepreneur, stepped into the BBN spotlight by chance and successfully finished as the 2nd runner-up.

Since then, Mike has been making the most of his newfound fame by signing a management deal with EME Management, ambassadorial deals for various brands in Nigeria, countless gifts from fans ranging from iPhones to Rolexes, and possibly a new shoe collection under his brand “Aireyys“.

Unlike your average contestant, Mike had no intention of hooking up with anyone inside the Big Brother house. Just weeks before he left for the Big Brother house, Mike and Perri tied the knot during a picture-perfect ceremony in the UK and Perri supported Mike every step of the way, and she continues to be his number one cheerleader.

Also an athlete, Perri has been to the Olympics, the World Championships and everywhere in between. Perri isn’t exactly new to the reality TV life either, having joined popular British TV series ‘Dancing On Ice’ as a contestant in 2018. It was an interesting 2019 for this power-couple and they sat down Glam Africa Magazine to discuss their relationship, life post-Big Brother, living the Nigerian dream and a whole lot more.

Read excerpts from their interview below: 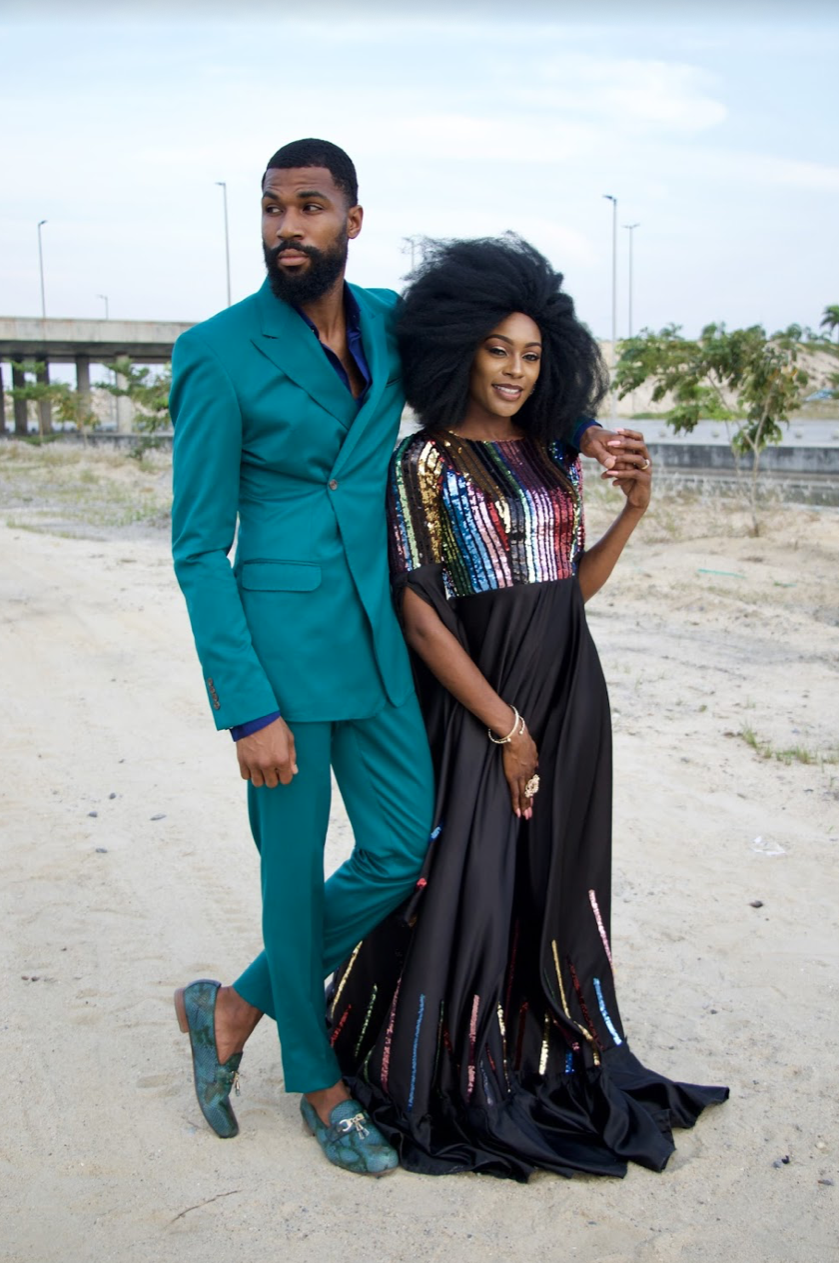 Mike, you got married just before you left to do Big Brother Naija. Why did you decide to do BBN, especially just after becoming a newlywed?

Mike: I went on the show to take advantage of the opportunity of a lifetime. It was a once in a lifetime experience to be able to do something like this. We were newly married, there were a lot of bills to be paid, so it was really just a mutual decision between us. We thought it would be a great opportunity for us, for our future, so we decided not to shy away from it. It was obviously daunting, but we were also really excited about the possibilities that could come if it went well and the rest is history.

I mean, Perri, you got married in May, he left for BBN in June so you were apart for months. What was that experience like for you? Were you sad about him leaving or were you just 100% happy and supportive?

Perri: When Mike told me about Big Brother Naija I was all for it. I was like, “these opportunities don’t come often, go through the process, see how far you get”, and then he got selected so I said, “you’ve got to do this”. I was supporting him throughout. Like, you said, he left just three weeks after we got married. Our relationship sometimes can be quite distant. Sometimes I’ll be in the States training, and he’ll be in another country, or he’ll be in the States as well but in a different city or time zone. But we always make it work so I thought “this is gonna be easy, it’s fine, go for it”. Of course, actually going through it was very different. You can’t prepare yourself for anything like that. The fact that I couldn’t just pick up the phone and call my husband, have a FaceTime chat, the only way I could see him was to open my laptop and watch the show. But you know, I was handling his social media at the time and so just seeing the love and support that he was getting while he was inside the house, I was like “wow if Mike only knew”. I wished I could just call him and tell him how well he was doing. That’s what kept me going, knowing that at the end some good would come from it.

So what would you say, more than anything, you were hoping to get out of the Big Brother experience? Did you have any goals in particular or were you just seizing the moment?

Mike: Interestingly I didn’t know anything about how the layout of the show was before going into the house. I’d never watched a single episode, but I had seen past stars like Ebuka and watched his success, and just seeing how he was able to position himself as a businessman outside of the show, I thought going in there would be a great chance to teleport into a whole different realm of opportunity. That was how I looked at it. I think most people would go in seeking fame, but I was really doing it to expand and capitalize off the experience. I’ve always been a minority everywhere I’ve been in the world, from Great Britain to the USA. But to now come back home, and to identify with my people and for them to embrace me, it was something I’d really longed for, that feeling of belonging and of being at home. So, to be selected, it was almost like a test of my mental capacity. Could I go through sometimes as unthinkable as leaving the UK, going to Nigeria, being on the biggest television show in Africa? The competitor in me gravitates towards challenges like that, the adrenaline, the provocativeness – those are the things that ultimately drew me to Big Brother.

I’ve spent many years between London and Lagos, myself, so I know how different both places are. Perri, this is your first time here. Would you say you’ve experienced a culture shock since you’ve been here or do you feel right at home?

Perri: (laughs) This has not been a culture shock for me one bit. Even though I grew up in the UK I have a Caribbean background and to me, we’re very similar in a lot of ways. When I landed in the airport here I was like “this is just like back in Jamaica only on a bigger scale” – the hustle and bustle, the traffic, all the things my friends warned me about. I’m used to it already. I’ve adapted so quickly. All my friends keep asking when I’m coming back, but clearly I’m enjoying it.

What about you Mike? I’m sure you have a different perspective since you’re not Jamaican.

Mike: Actually, it’s funny you should say that because my father is Jamaican. I’m part Nigerian, part Jamaican and part American, but the only thing that has really caught my eye in a bizarre way is the unruly drivers in this country (laughs). Sometimes, it’s like there are no rules!

And you, Perri, what are you looking forward to most right now as a couple?

Perri: Building an empire. And with that empire, you have family, business, and more. For Mike and me that’s been our goal since before the show, building something together. We’re a package and we’re stronger than ever, so Nigeria better look out for the Edwards! 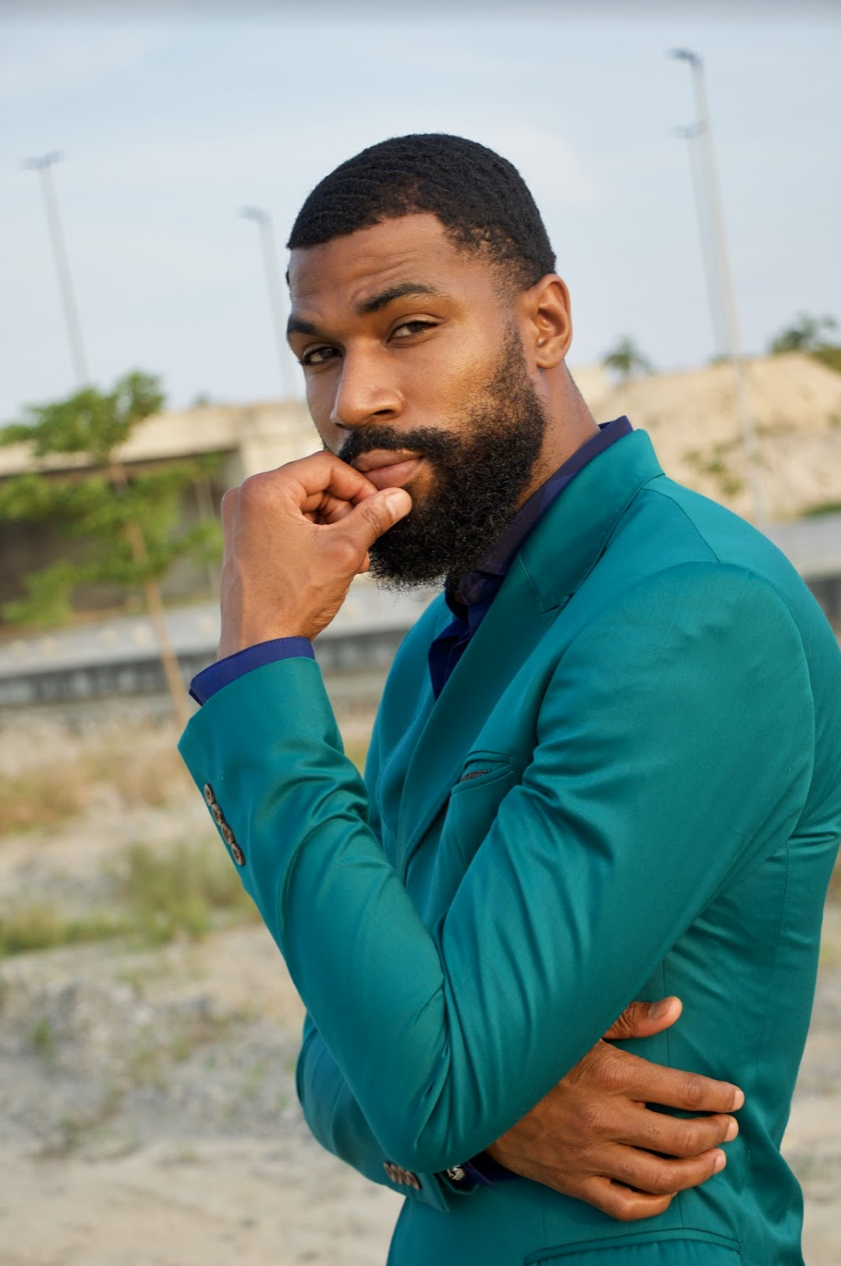 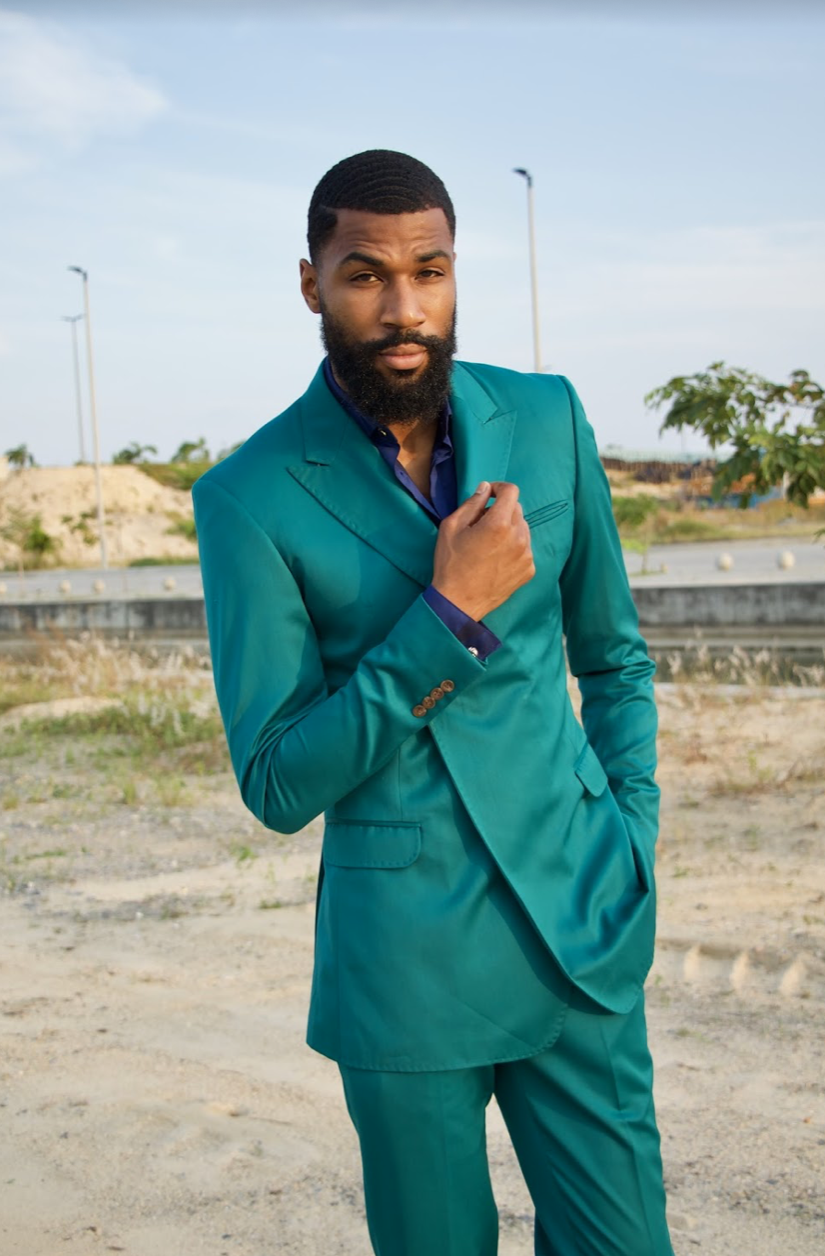 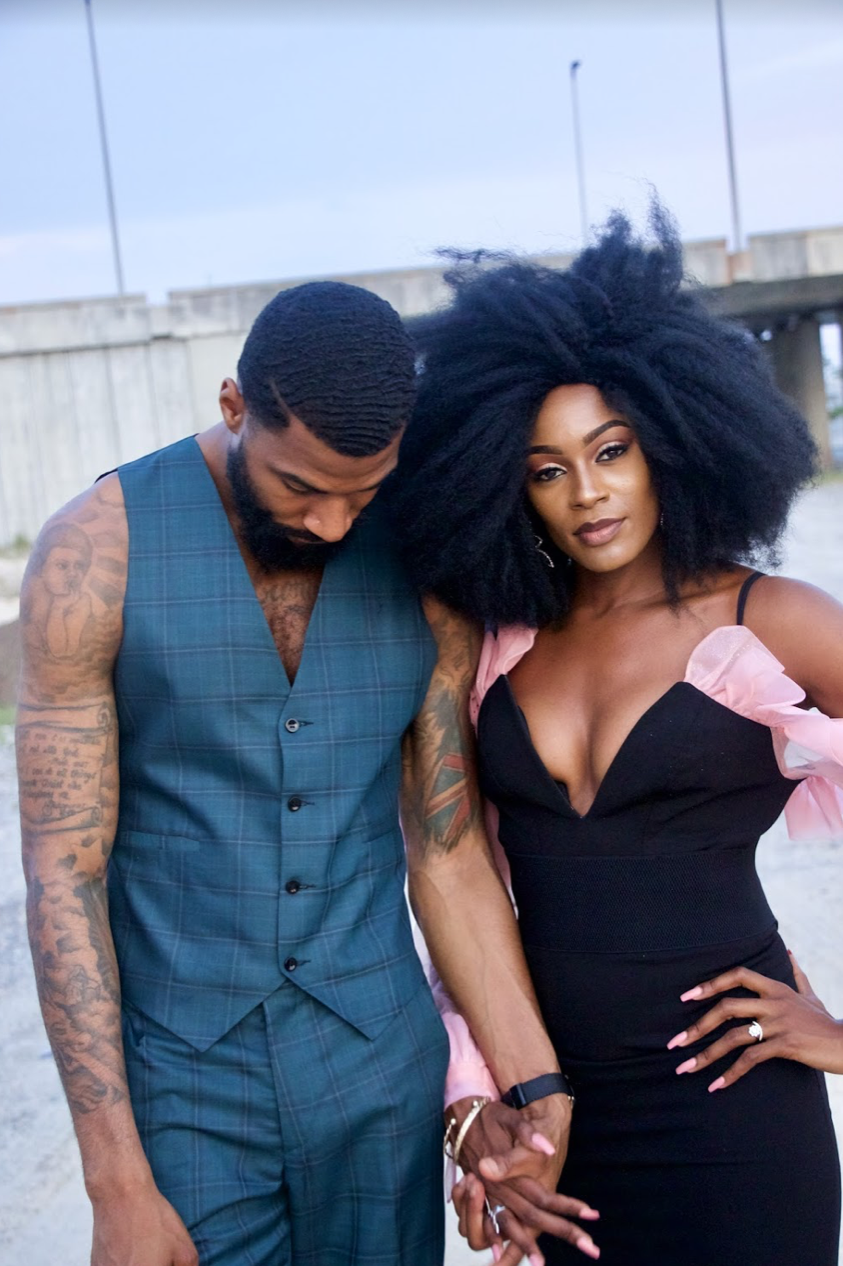 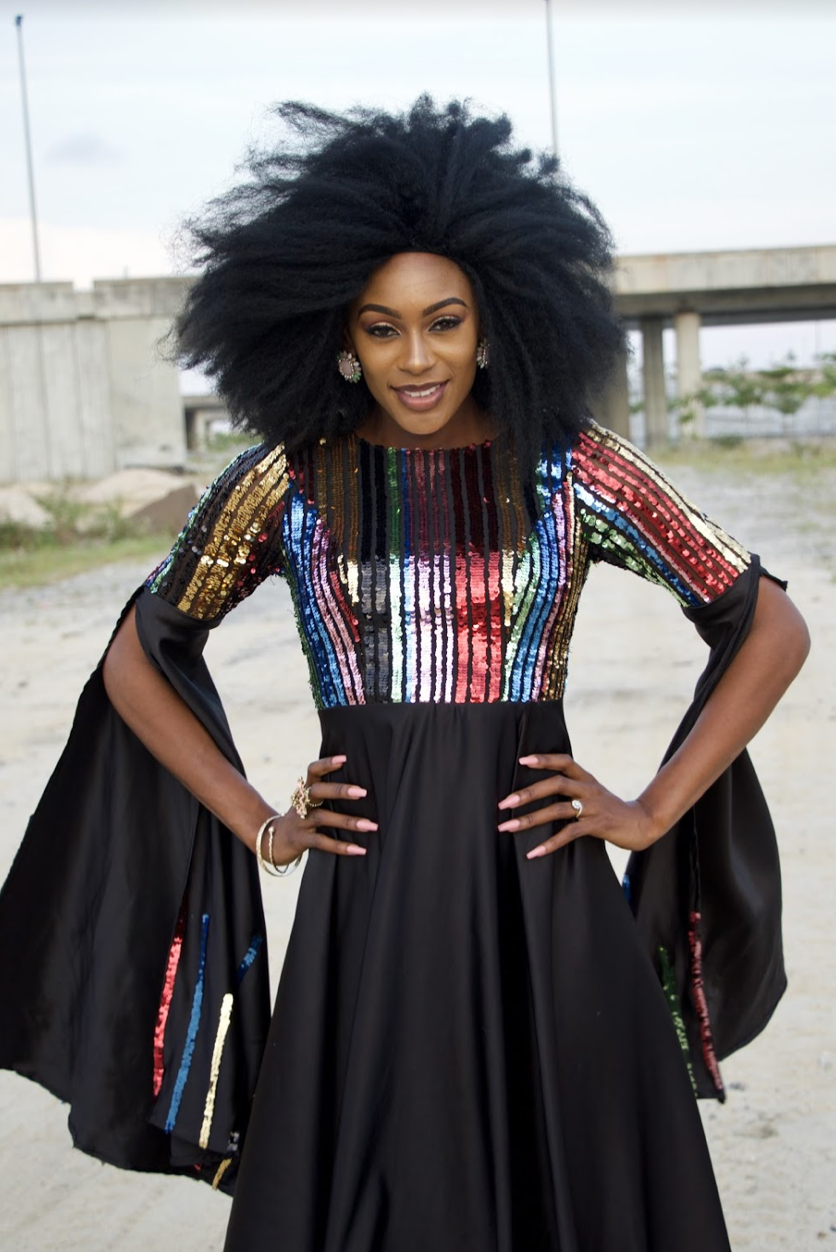 The BN Style Recap: Elevating Your Style Game in 2020? Then You Should Definitely Check Out These Fashion & Beauty Stories RN