There’s something happening now on social media, OAPs from a few popular media houses speaking out about the industry, how they’ve been treated in the past.

Some radio stations have been name-called, (“Soundcity,” for instance) with the OAPs alleging ill treatment of staff, unpaid salaries, sexual harassment and that any staff that dared to complain the company got fired.

It all started when @Mary_colette wrote about how some OAPs working with Soundcity got laid off because they went on a silent strike. 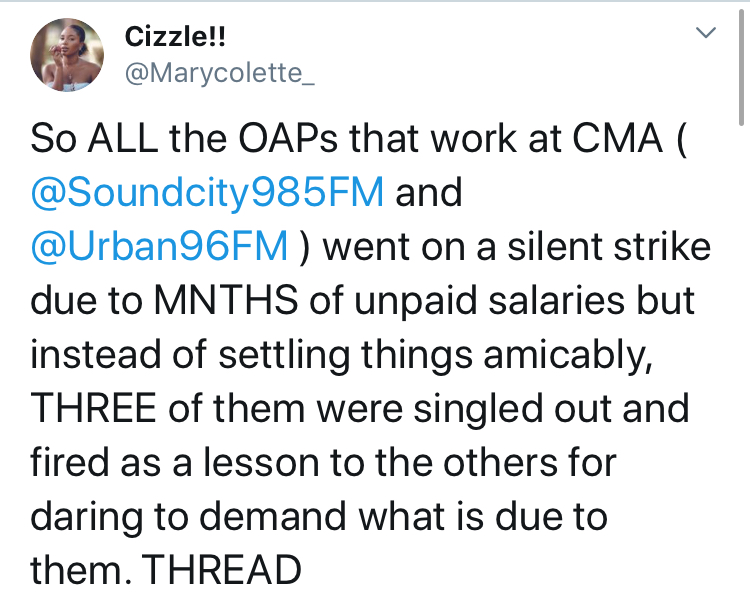 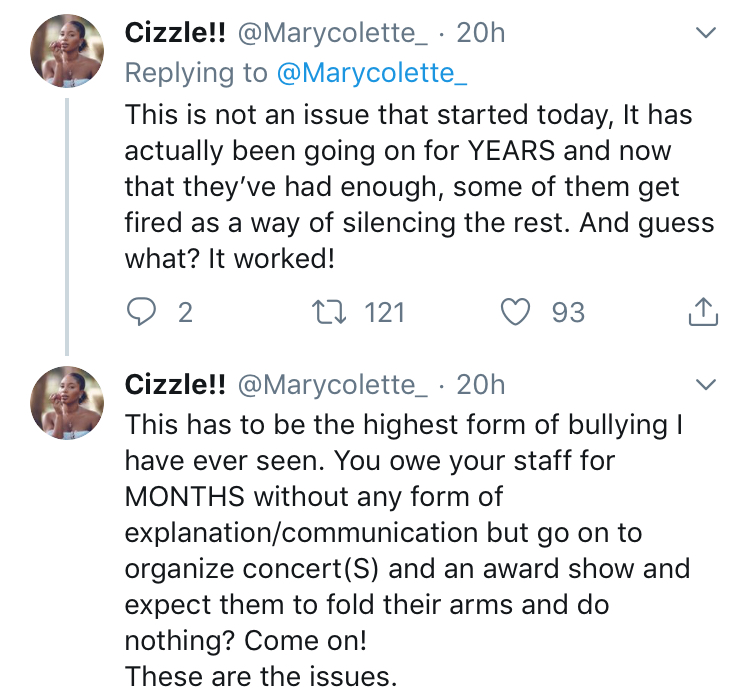 Lol this is not a joke Great platform aside Soundcity is easily the worst place I’ve ever worked in my life and this is taking unpaid internships into consideration The OAPs here are superheroes yet there constantly treated like shit. 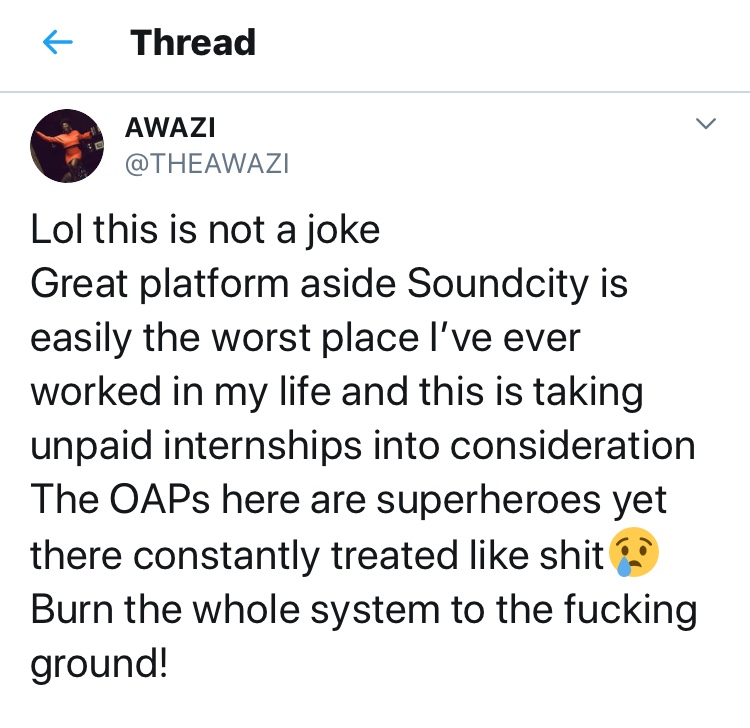 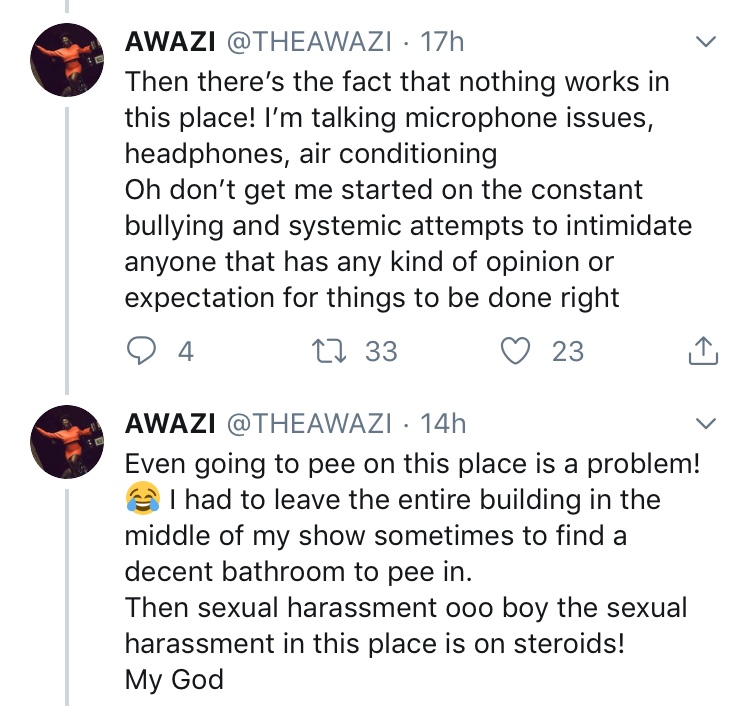 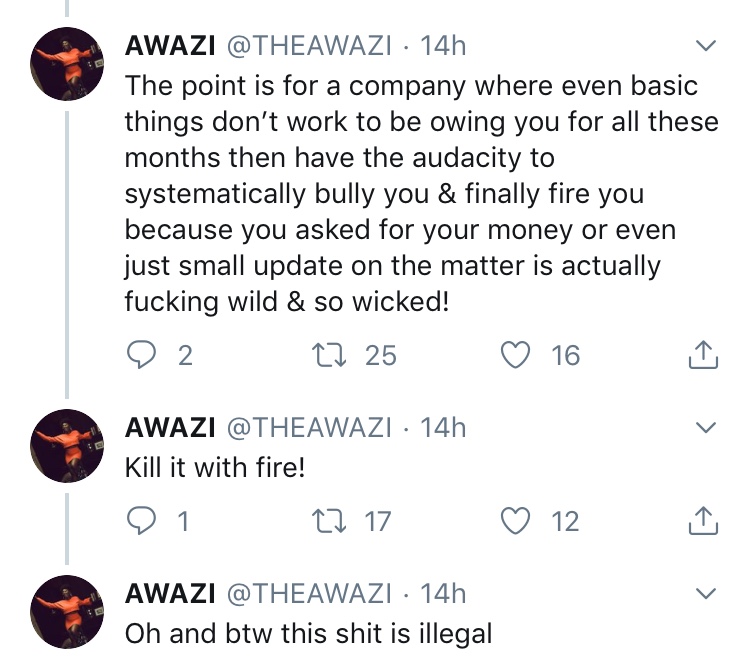 OAP Adenike Oyetunde and Oreka Godis also had some few things to get off their chest.

Reacting to the Twitter thread by Awazi and Mary, here’s what Adenike shared on her Insta-story. 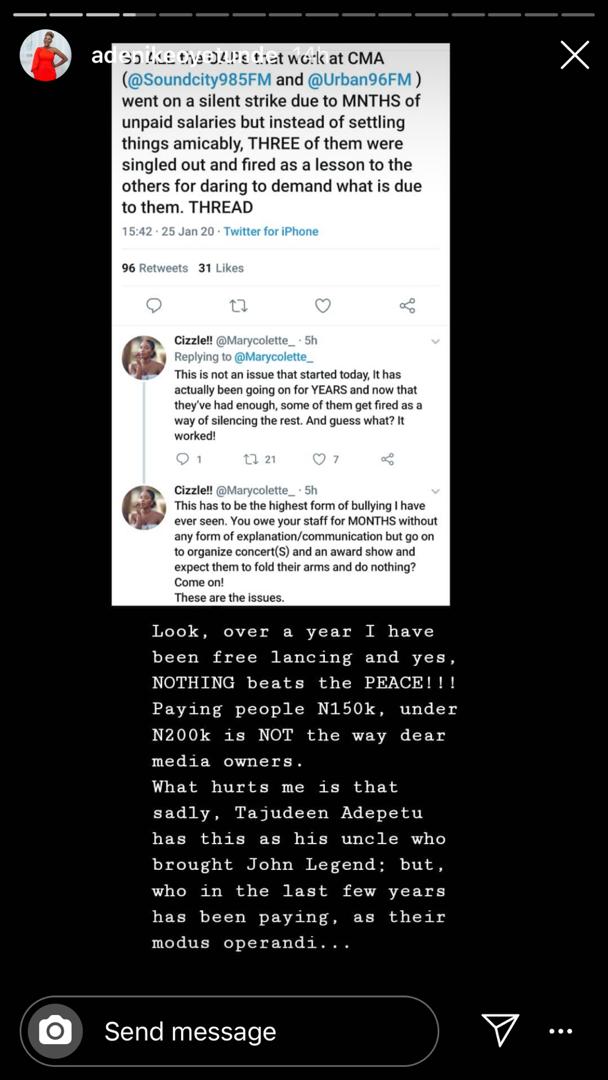 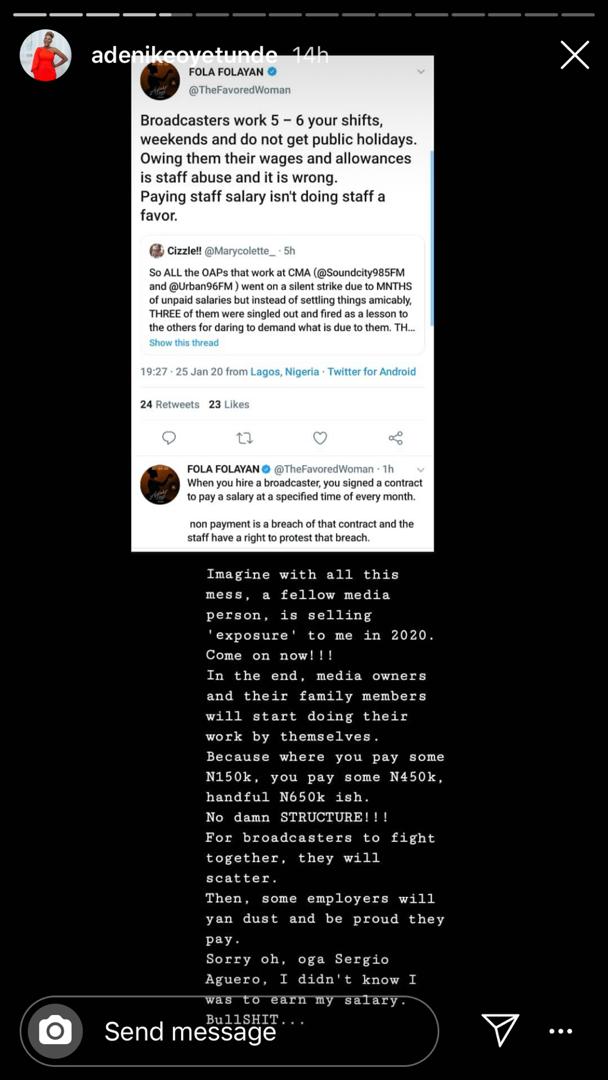 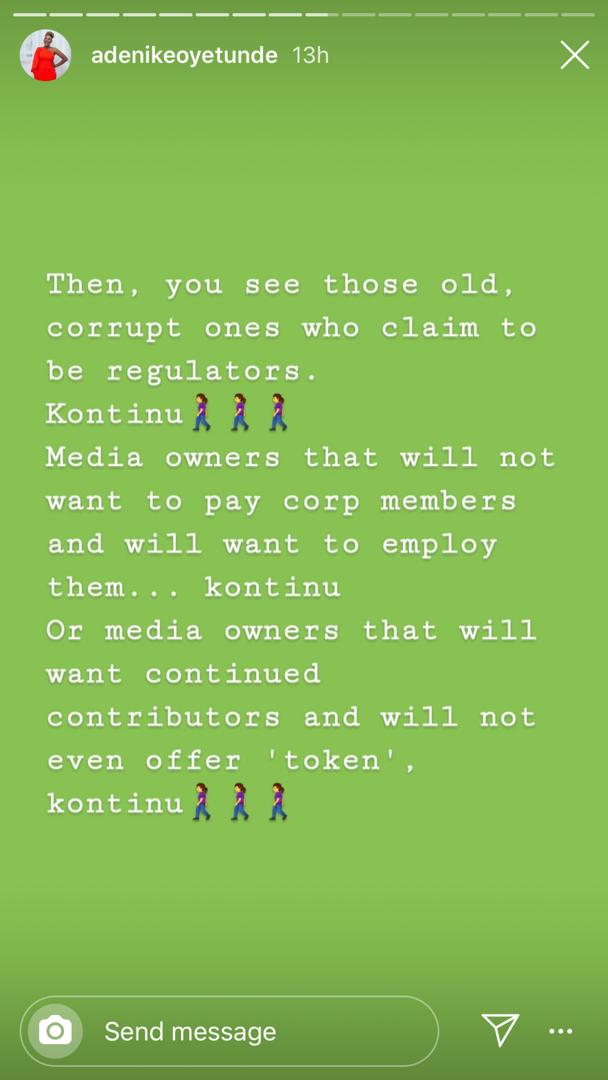 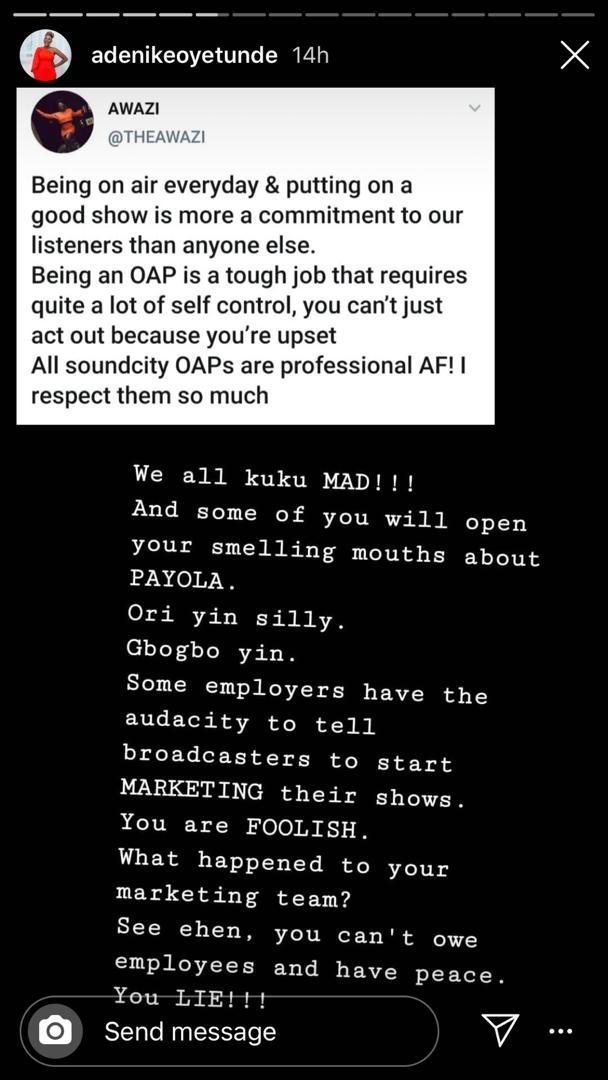 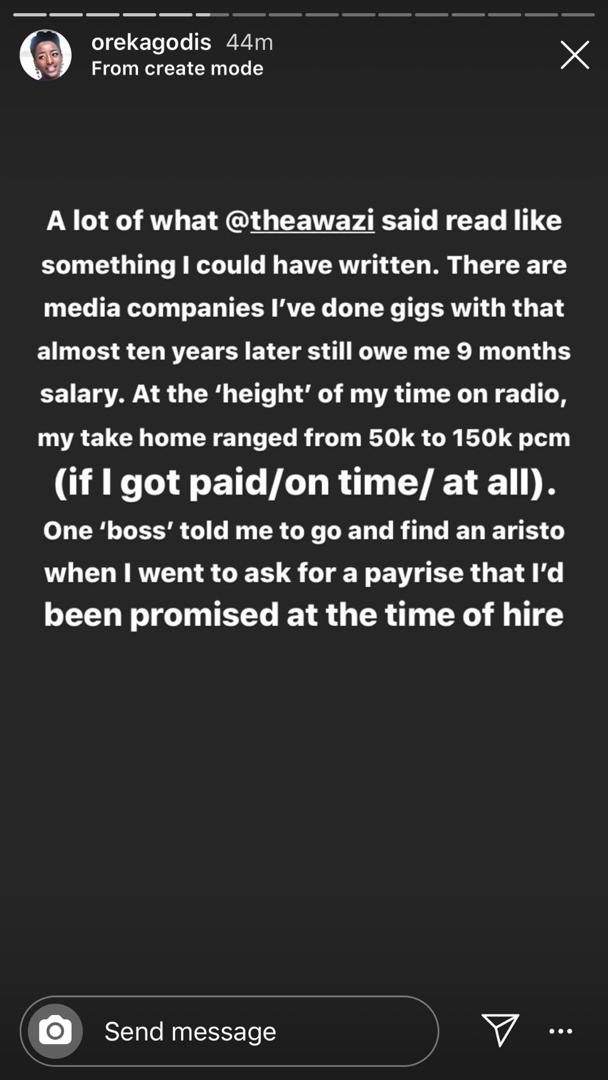 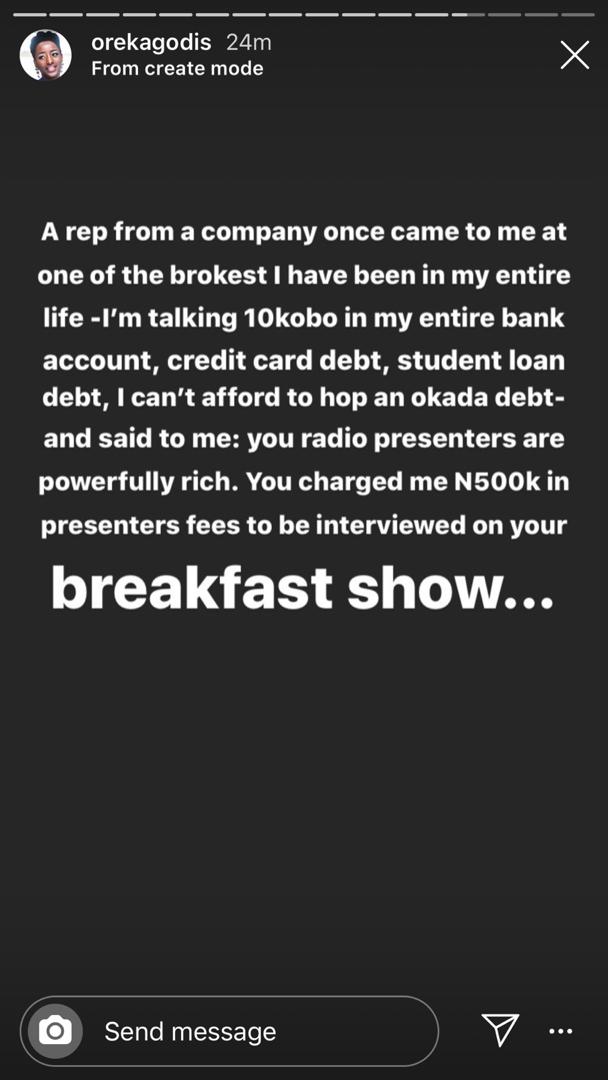 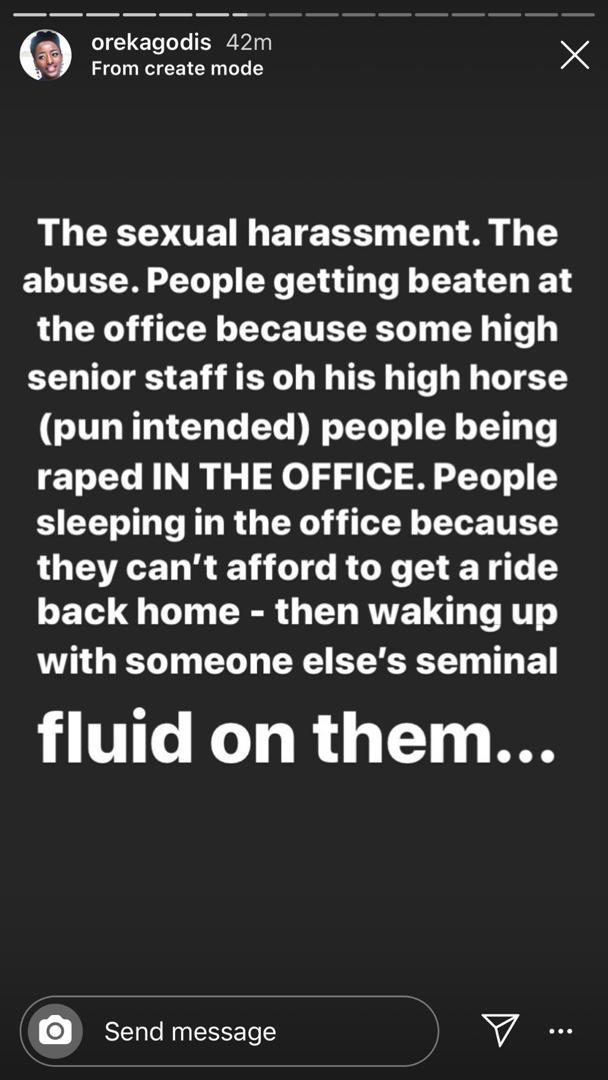 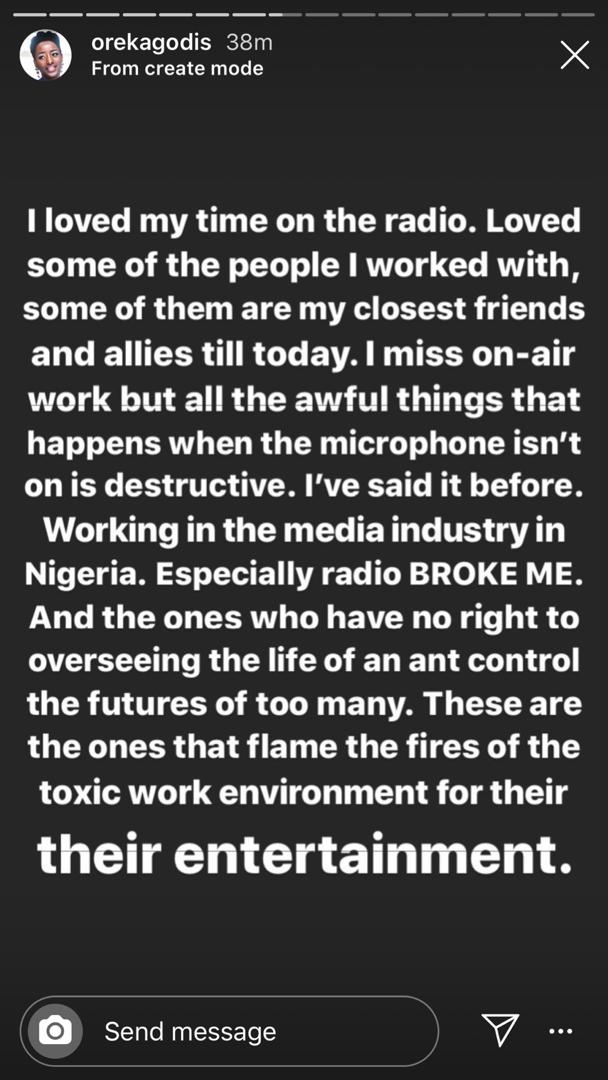 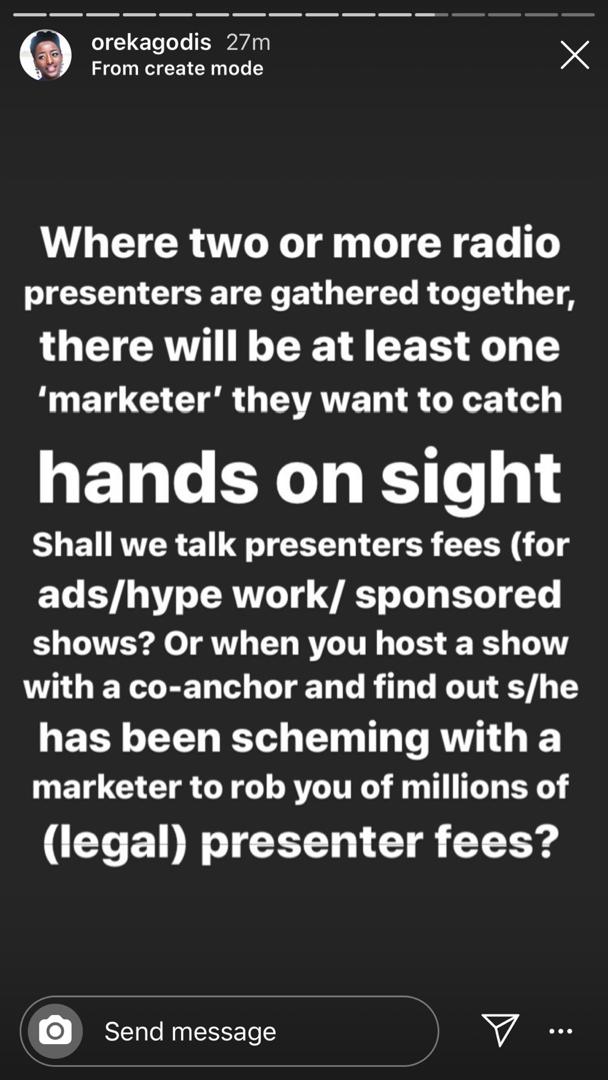 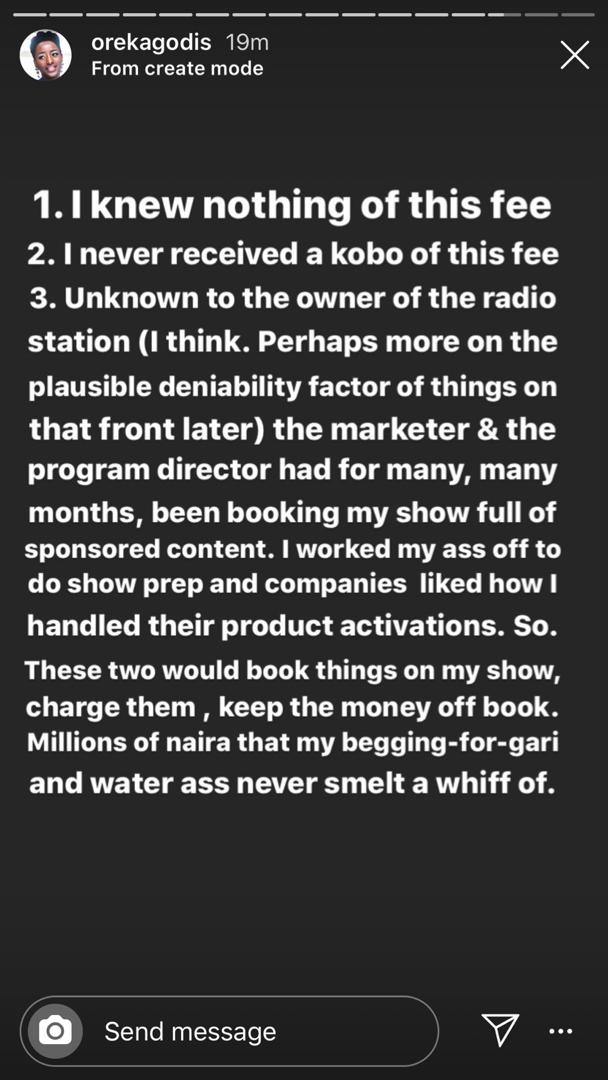 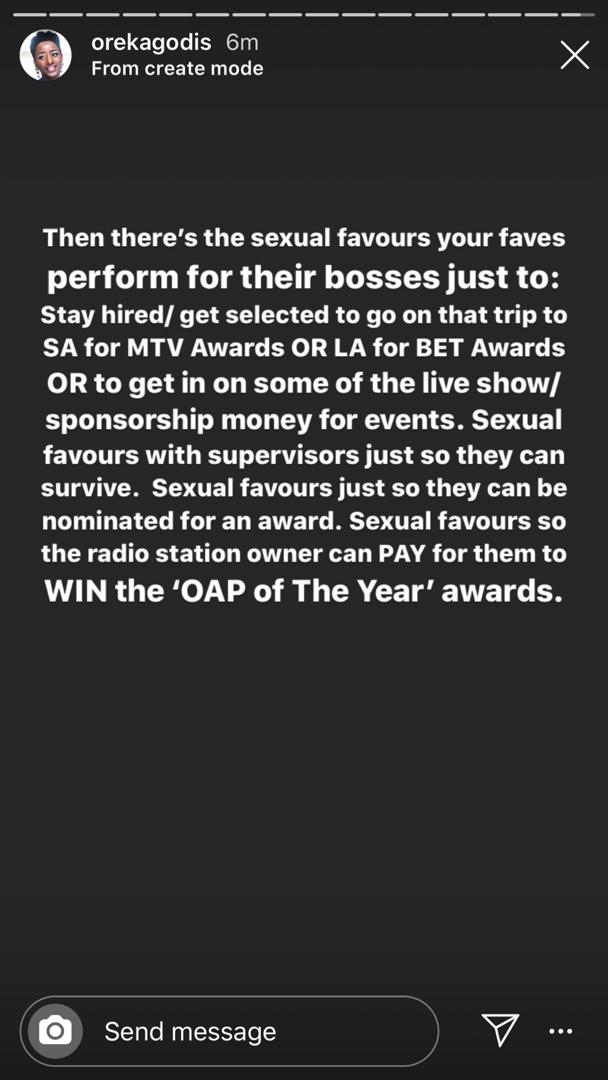