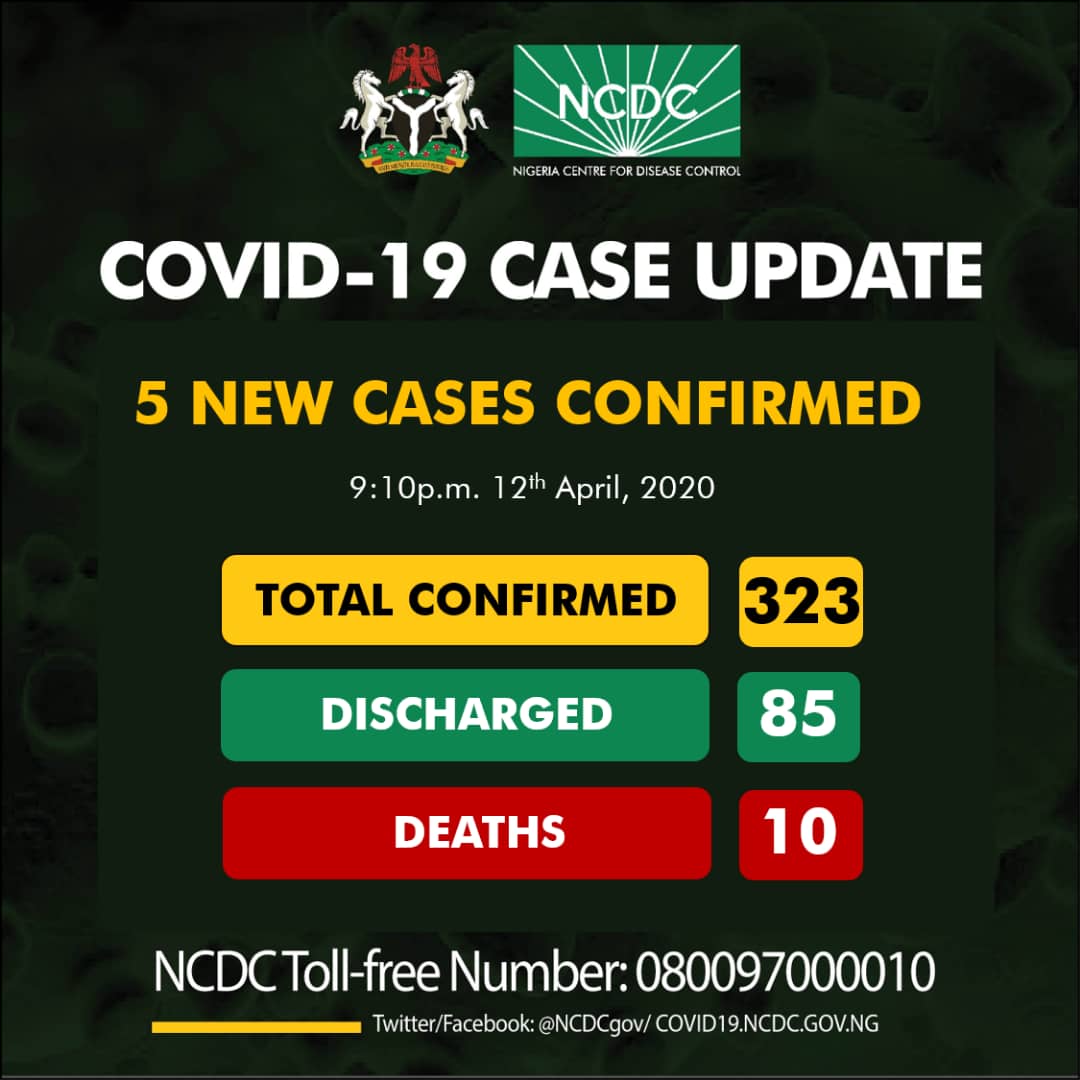 Nineteen states so far and the Federal Capital Territory Abuja have recorded cases of coronavirus disease in Nigeria. Out of the 36 states in Nigeria, the virus has not been recorded in 17 states.

The states are; Abia, Adamawa, Bayelsa, Borno, Cross River, Ebonyi, Gombe, Imo, Jigawa, Kebbi, Kogi, Nasarawa, Plateau, Sokoto, Taraba, Yobe and Zamfara. According to the Nigeria Centre for Disease Control, as of Apr 11, there are 318 confirmed cases in the country.

All the states in the Southwest have recorded cases of the virus. Lagos has 174 infections, the highest in the country, while there are 20 cases in Osun, 11 in Oyo, seven in Ogun and two in Ekiti and Ondo. In the Northeast, the only state affected so far is Bauchi which has recorded six cases. FCT Abuja has 56 cases, the highest in the North Central. Other states in the region with cases are Kwara with two while Benue and Niger States have one case each.

Three States in the Northwest have been affected. Kaduna, Katsina and Kano states have six, four and one respectively. Four of the six states in the oil-rich South-South region have recorded cases of the virus. There are 12 in Edo, five in Akwa Ibom, three in Delta and two in Rivers States. Also, in the South-East region, Enugu State has recorded two cases while Anambra State has reported one. Meanwhile, a total number of 70 patients have been discharged while 10 deaths have been recorded. 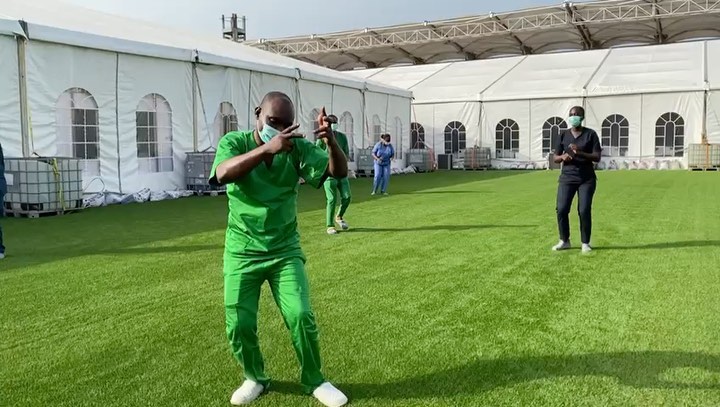 Patients and health workers at the Isolation centers in Yaba and Onikan had the opportunity to join other Christian faithful this Easter Sunday as a gospel band was invited to serenade them with gospel music. The state governor, Babajide Sanwo-Olu shared videos of the health workers dancing.

Our frontline healthcare workers at the Onikan isolation center also got to share in the praise session. It gladdens my heart that we made their day.

We refuse to allow COVID-19 deprive us our joy and our abilities to return all the glory to God. Thank you @beejaysaxb and @laolugbenjo for giving our frontline health workers and our warriors (patients) at the Yaba isolation center a reason to smile. And thank you for heeding our call. God bless. 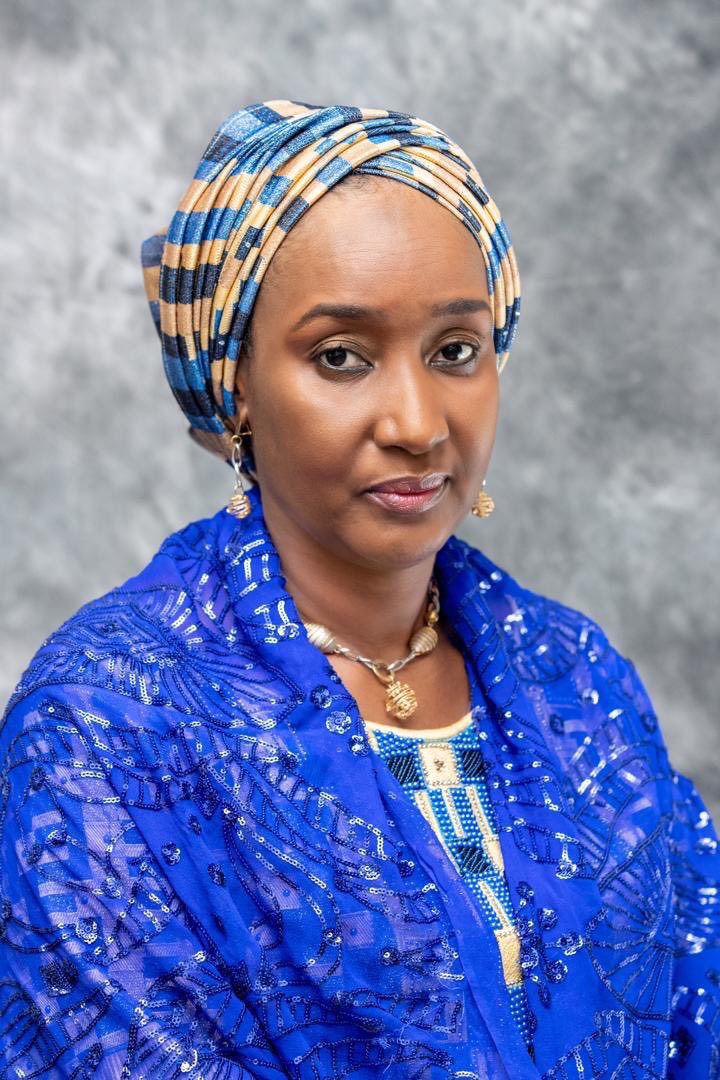 If assurances coming from the Minister of Humanitarian Affairs, Disaster Management and Social Development, Sadiya Umar Farouq are anything to go by, then Federal Government’s Conditional Cash Transfer (CCT) programme to the poor has been digitalized in six states of the Federation.

According to a statement issued by the Ministry, Hajia Farouq said the digitalization was introduced to ensure accountability and transparency in the disbursement of the money meant for the poor and the vulnerable in the society, The Nation reports.

The statement quoted her as saying; “One of the priorities of the ministry is to digitalize the payment of Conditional Cash Transfer programme for accountability and transparency. We will continue to expand the digitalization.” 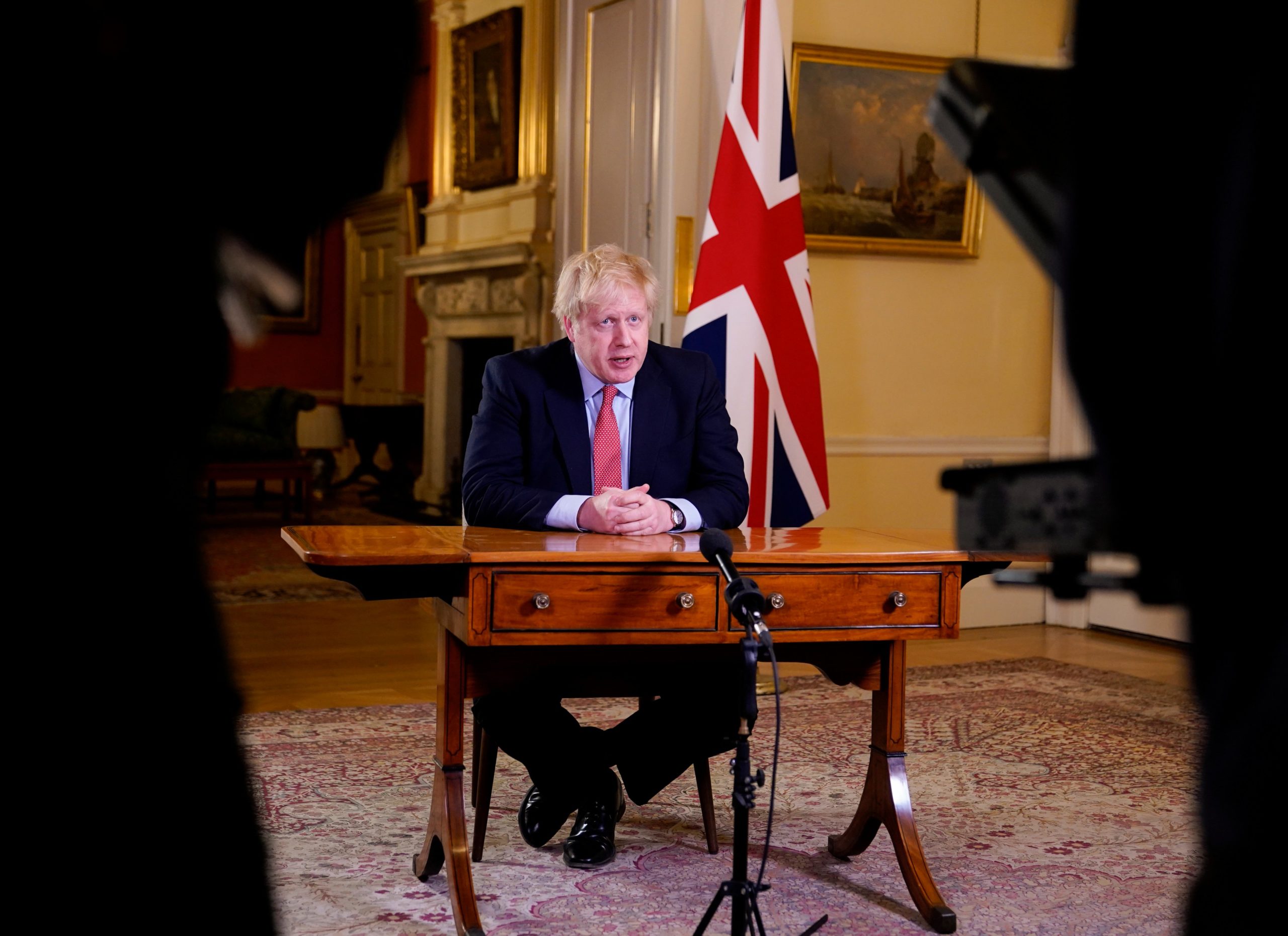 Prime Minister Boris Johnson said on Sunday Britain “will defeat” coronavirus, in a video message released by Downing Street as he left hospital following intensive care treatment for the disease.

”We will defeat this coronavirus and defeat it together. Though the struggle is by no means over, we are now making progress in this incredible national battle. This is as the UK coronavirus death toll passes 10,000.” 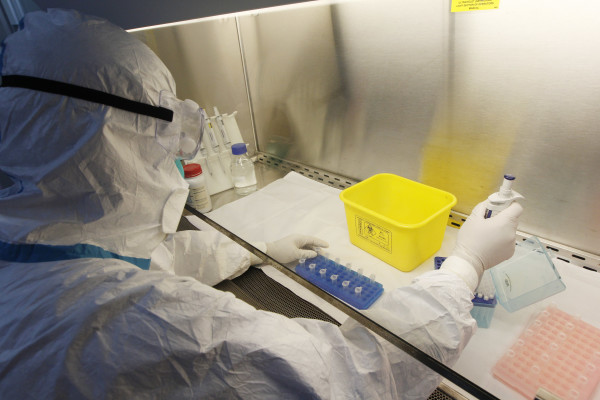 The first person to officially die from the novel coronavirus was a 61-year-old Chinese man from Wuhan on January 9. Now, three months later, by April 10, more than 100,000 people have succumbed to the disease. First Asia, then Europe in March and now the United States have each, in turn, become the epicenter of the COVID-19 pandemic, which has forced more than half of humanity into lockdown.

In the last eight days, more deaths were registered than in the preceding 84 days. In all, at least 114,245 people have died from coronavirus, according to a John Hopkins university tally using official figures. More than 1.8 million declared cases have been registered in various countries of which at least 430,527 are considered recovered. 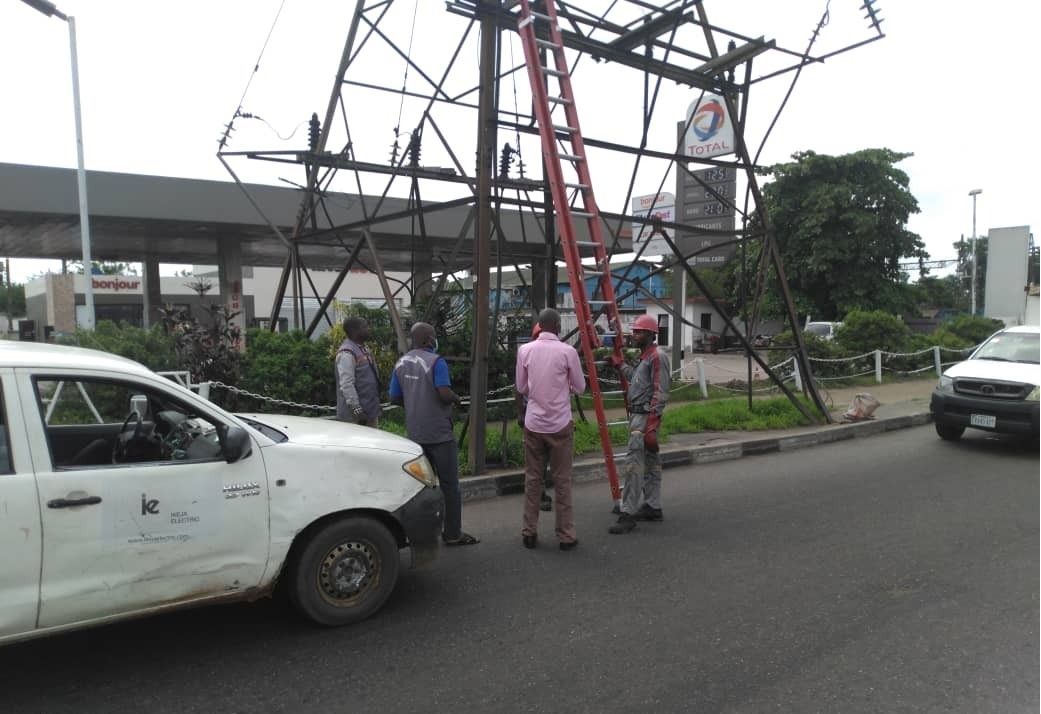 IE management stated that it supports the National Assembly on the proposal on free electricity for two months as part of Covid-19 palliative for customers. 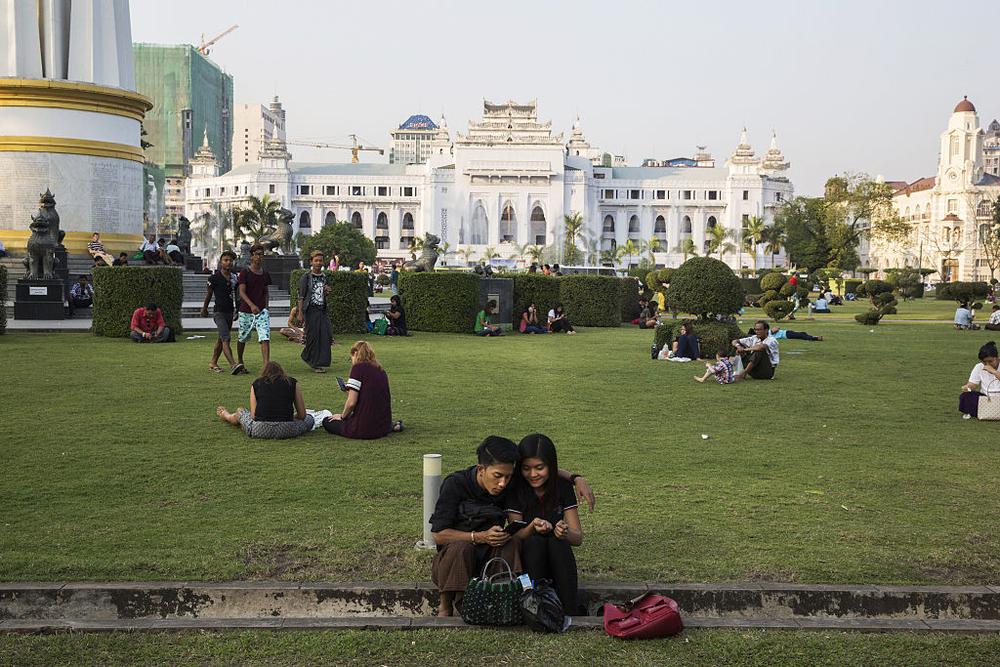 Ten foreigners who broke a coronavirus lockdown in an Indian town, made famous by the Beatles, were forced to repent by writing “I am so sorry” 500 times on Sunday.

The nationwide lockdown was imposed near the end of March, with residents permitted to leave their homes only for essential services such as buying groceries and medicine.

According to Daily Mail, the travelers, from Israel, Mexico, Australia and Austria, were caught taking a walk in Rishikesh, where the Beatles sought spirituality at an Ashram in 1968.

Shame On You For Thinking It Is Okay to Sexualize Children