It is an exciting fact that more and more Nigerian movies are making their way into streaming giants like Netflix, which is known for its overwhelming library of content. And now the world can finally take a peek into our diverse culture.

Check them out below: 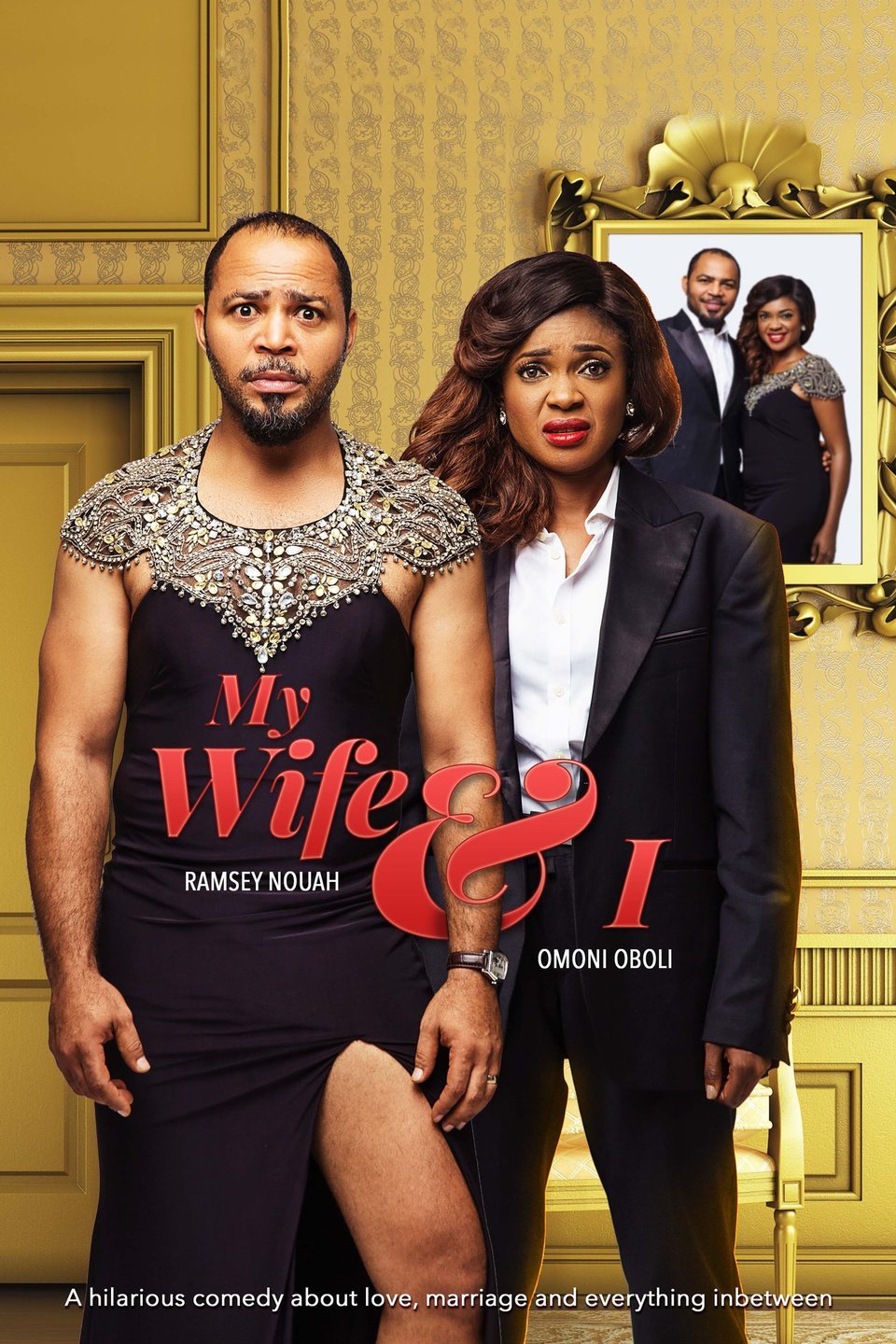 My Wife & I is about when an unhappily married couple, with a failing marriage, decides to visit a famous pastor. The following day they wake up in each other’s bodies, with no way of turning the magic back. The movie is directed by Bunmi Ajakaiye and stars Ramsey Nouah, Ngozi Nwosu, Omoni Oboli, Rachel Oniga. 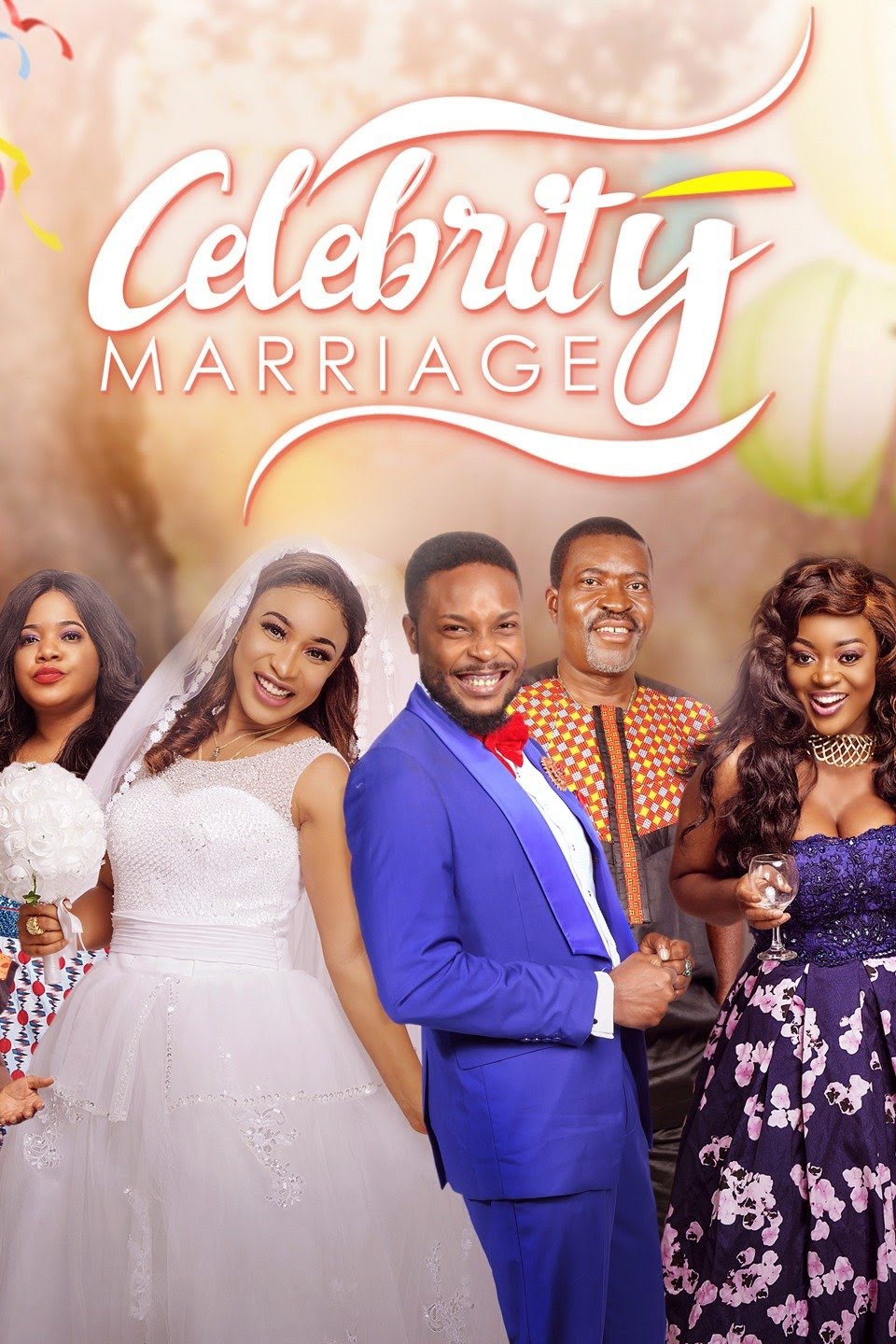 A celebrity, who is a victim of domestic violence, struggles to keep her marriage and professional career, while the other is a newly-wed under pressure to get pregnant as the couple begins to feel skeptical about the whole marriage situation. The movie stars Tonto Dikeh, Toyin Abraham, Odunlade Adekola, Felix Omokhodion, Jackie Appiah, Kanayo O. Kanayo, Pascal Amanfo, Osita Iheme, Roselyn Ngissah, Susan Peters, Jimmy Odukoya. 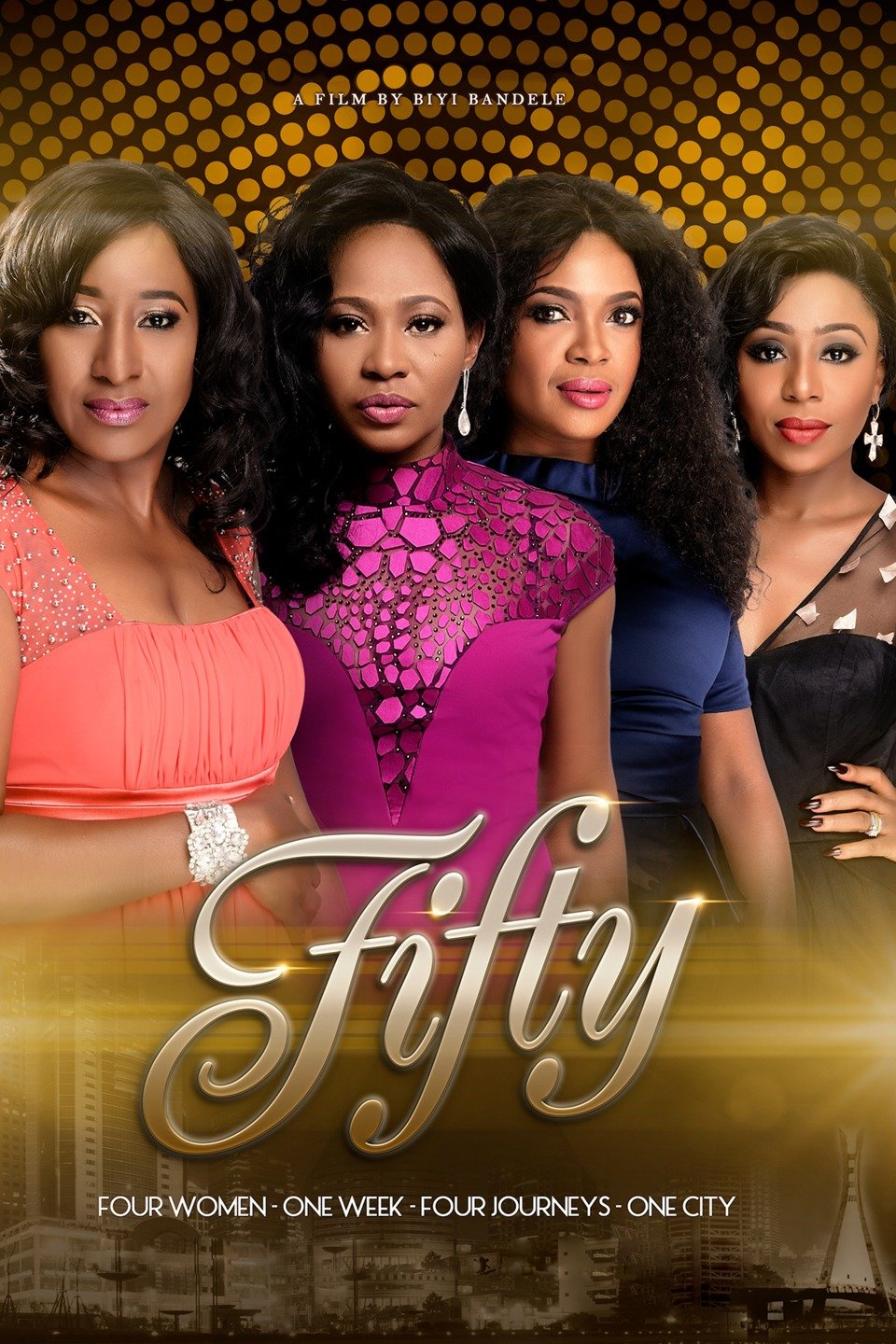 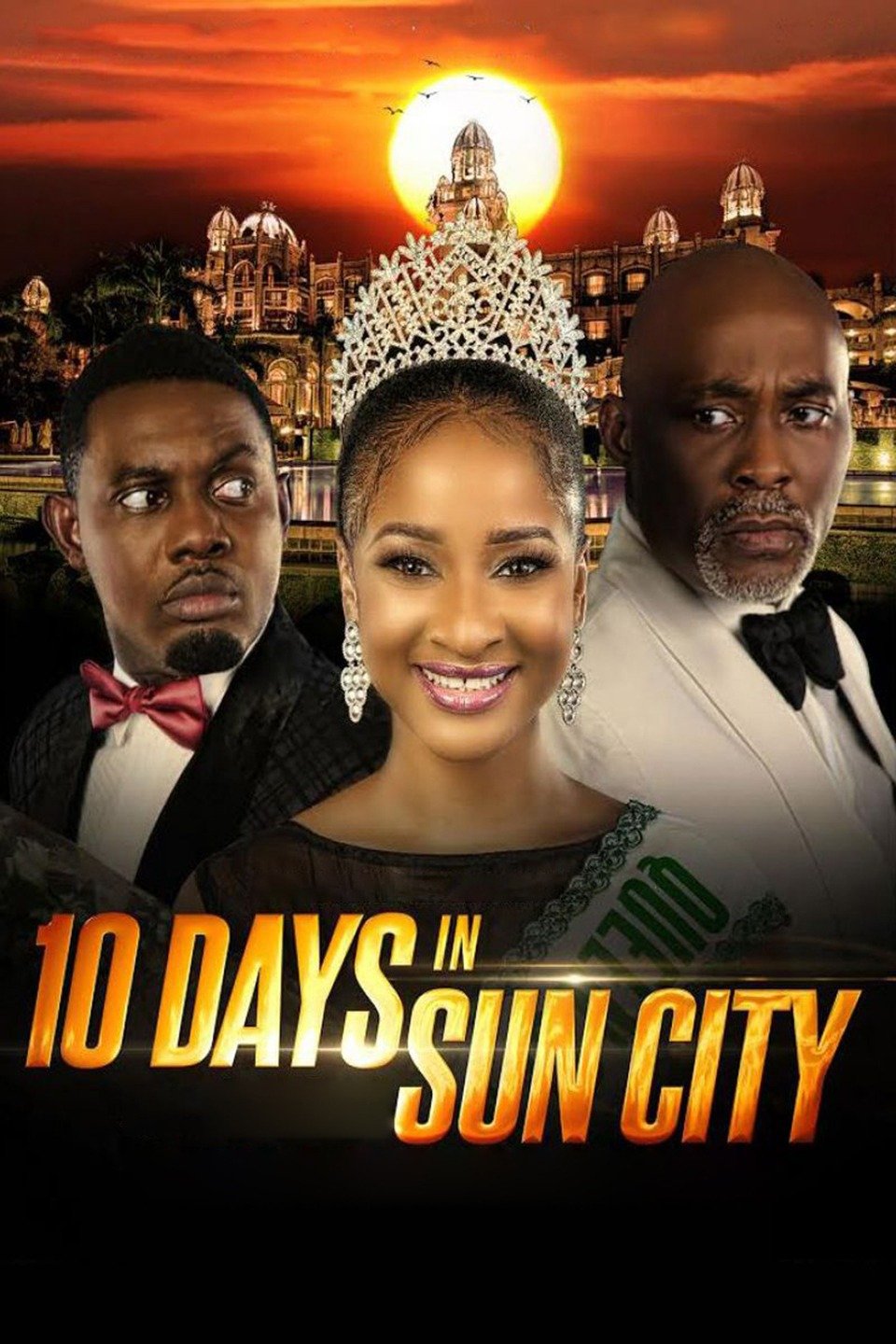 A young couple head to Sun City in the hopes of getting out of the hood and to a life of luxury by entering in a Queen of Nigeria pageant. The movie stars Gbenro Ajibade, Adesua Etomi, Ayo Makun, Richard Mofe-Damijo. 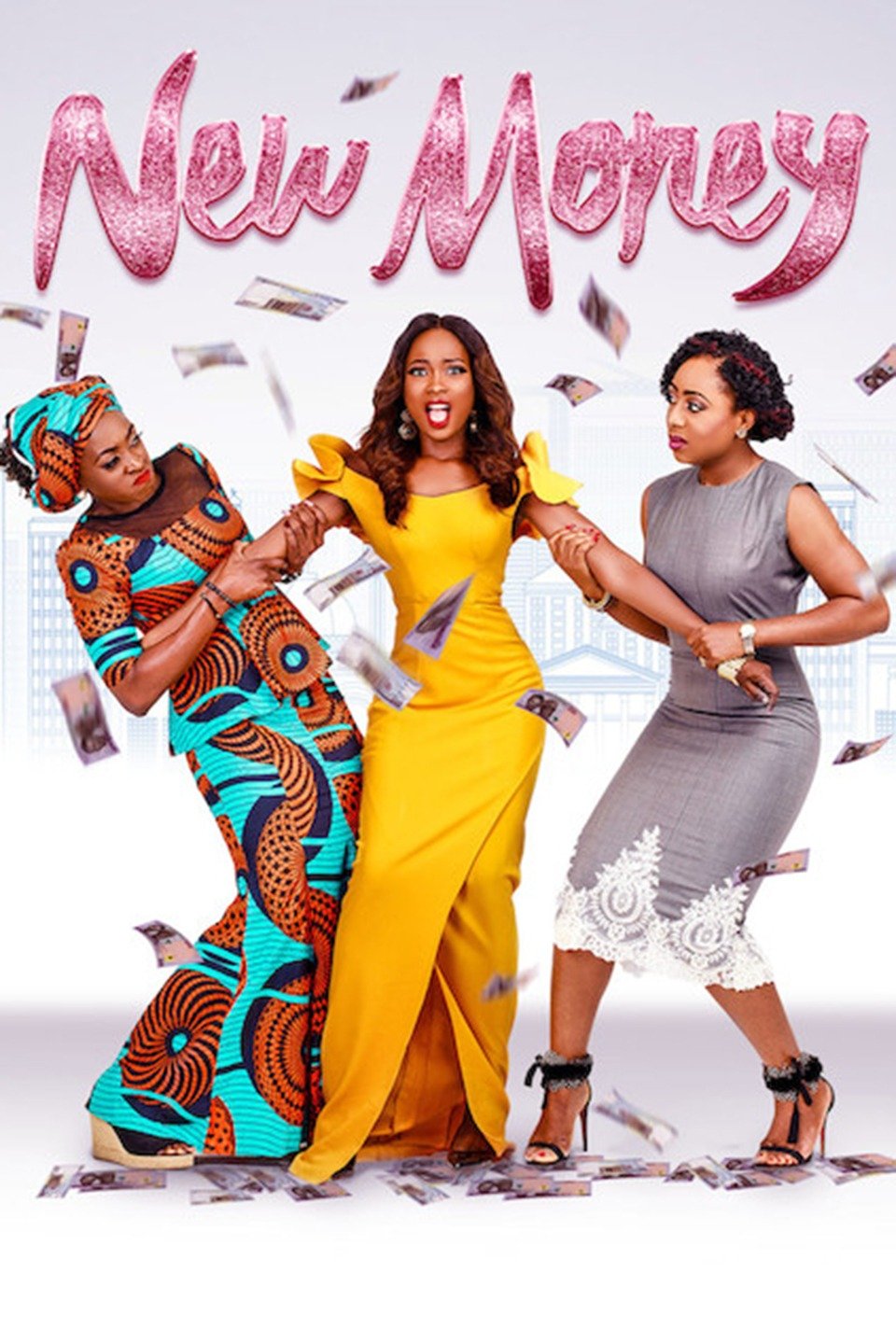 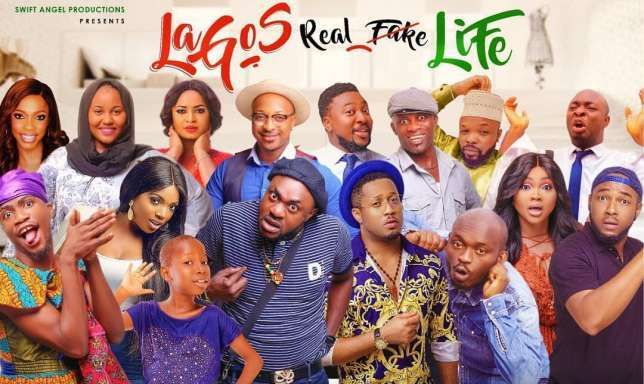 Two mothers have children, live in the same neighborhood and hate each other. The mums go through all sorts of antics when their children find themselves competing against each other at school. The movie stars Omoni Oboli, Funke Akindele-Bello, Chioma Akpotha, Yul Edochie, Abayomi Alvin, Sharon Ooja, Michelle Dede. 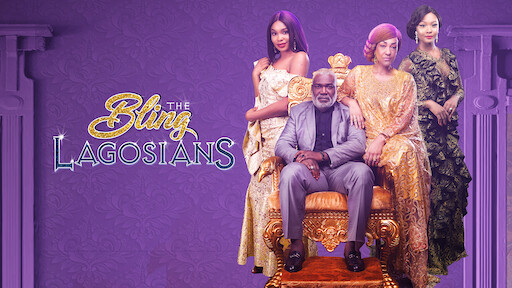 “The Bling Lagosians” centers around the Holloways, a wealthy Lagos family and their mother Mopelola, who is about to celebrate her 51st birthday party. There are individual feuds and fights between family members. Their father Akin takes steps to prevent the foreclosure of the family’s business by the Asset Management Corporation. The movie stars Osas Ighodaro, Sharon Ooja, Jimmy Odukoya, Elvina, Alexx Ekubo.

Seven and a Half Dates 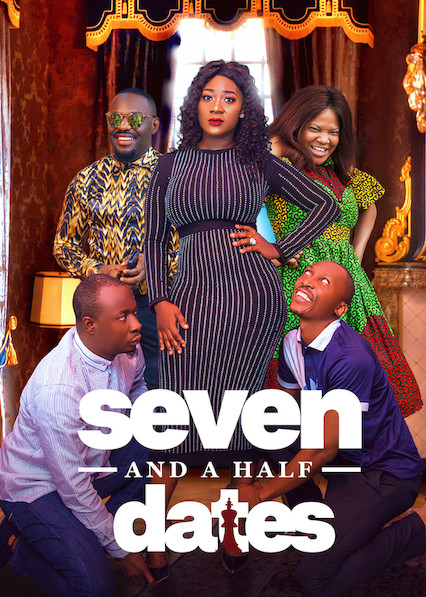 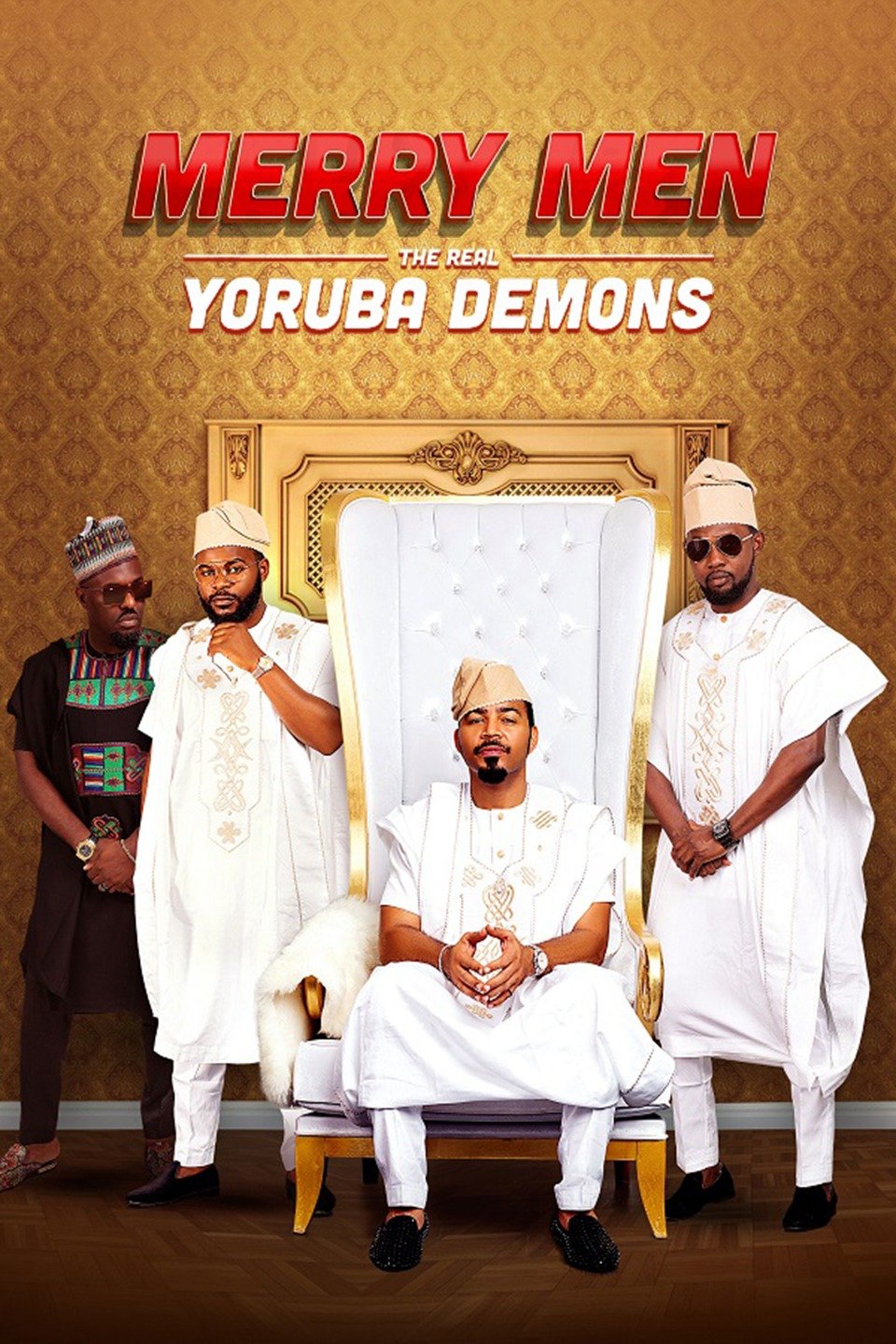 The film is set in the Nigerian capital, Abuja. Four rich men (the Merry Men) seduce powerful women, get contracts from the political elite, steal from the rich, give to the poor and have sex with the hottest women in town. With a mix of love, family, and friendships, the Merry Men struggle to keep it all together through this epic movie. The movie features Ayo Makun, Folarin Falana, Ramsey Nouah, Jim Iyke, Richard Mofe-Damijo, Rosy Meurer, Lilian Esoro, Damilola Adegbite, Jide Kosoko, Ireti Doyle. 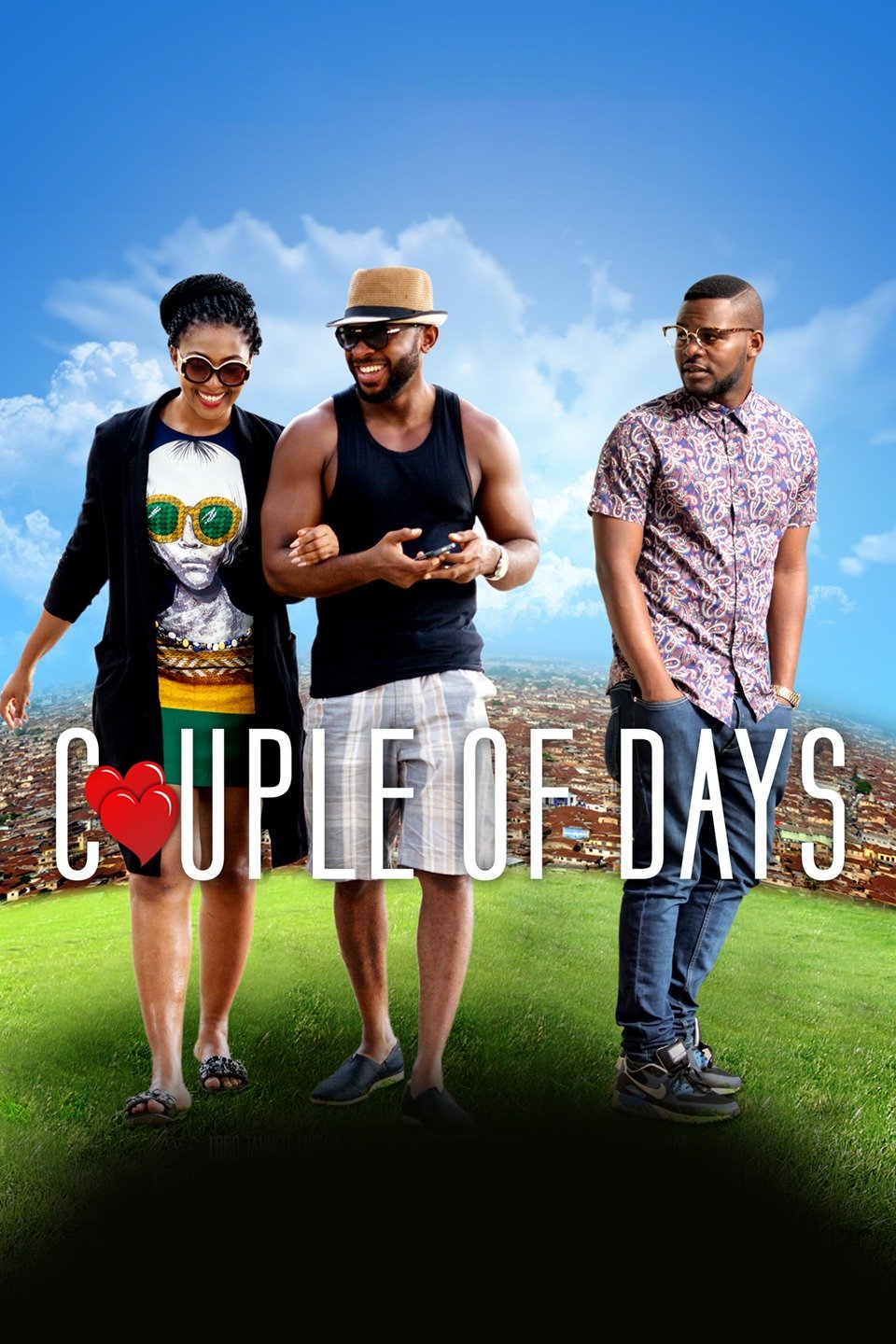 Five of the top members of a company are sent to a retreat and told one of them will become the new CEO. The cordial atmosphere quickly turns into a competition to see who can outdo all the others. The movie stars Kemi Lala Akindoju, Hilda Dokubo, Jimmy Jean-Louis, Angélique Kidjo, Wale Ojo. 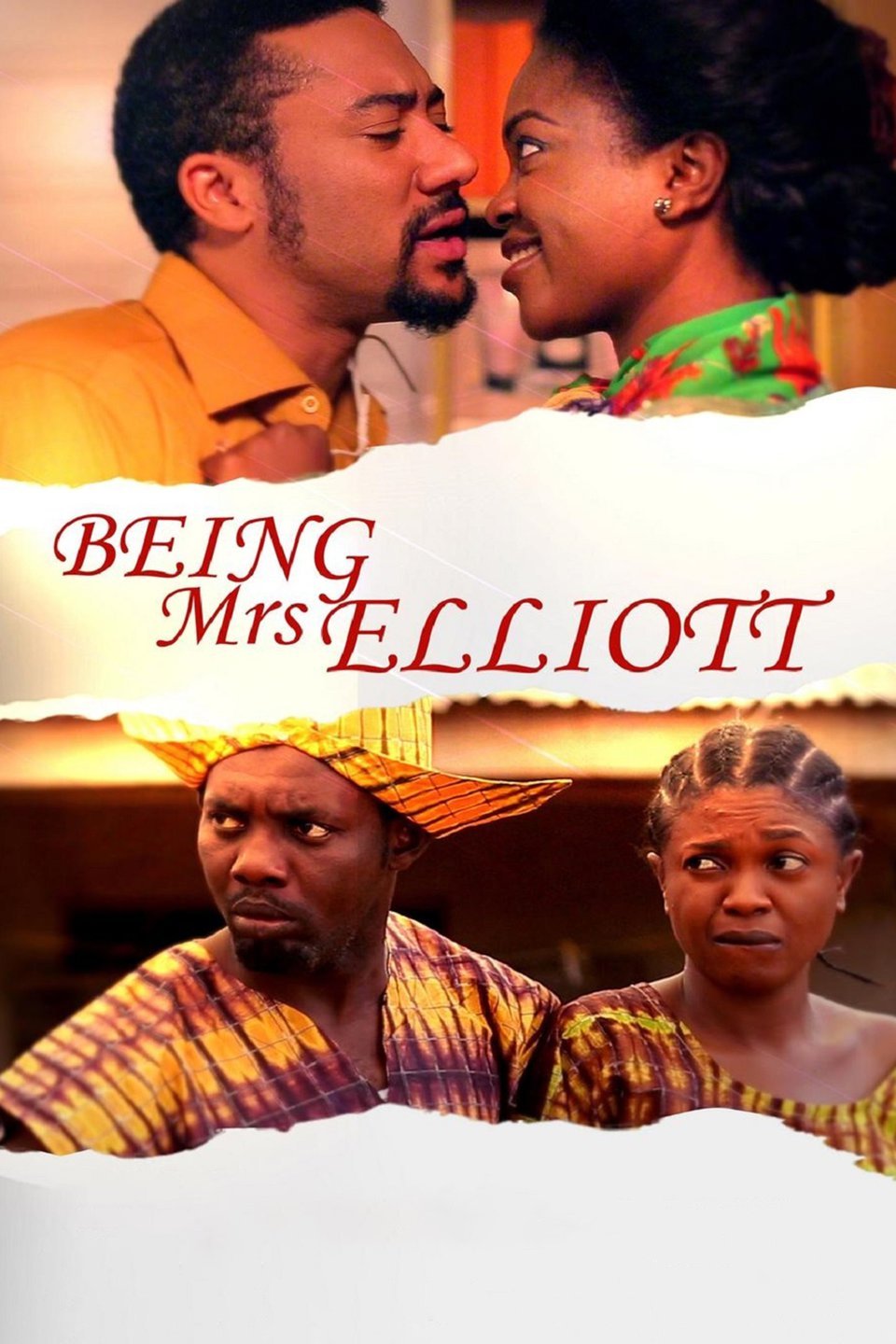 Lara had everything going well for her, even agreeing with her loving husband over his sick relative. However, a suspicious business trip will lead to a mix-up, changing everything. It stars Majid Michel, Omoni Oboli, Ayo Makun, Sylvia Oluchy, Seun Akindele, Uru Eke, Lepacious Bose. 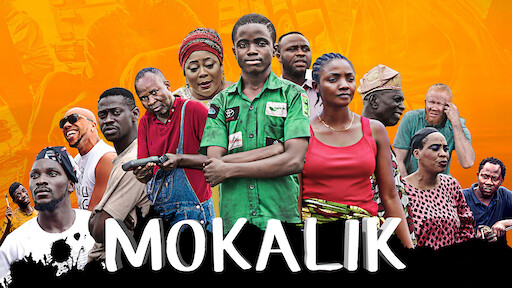 Eleven-year-old Ponmile’s life changes when he is sent to work as an apprentice at a mechanic workshop far from his home in the suburbs, and he must make a tough decision about his future. The movie stars Femi Adebayo, Fathia Williams, Samuel Oludayo Akinpelu, Abdulateef Adedimeji, Charles Okocha, Samuel Ajibola, Wale Akorede, Simisola Ogunleye, Tobi Bakre, and Wale Akorede.

A newspaper seller bemoans his lack of success but is undermined by his own laziness when he gets a better job as a driver and finds his rich father. The movie stars Odunlade Adekola, Adunni Ade, Jide Kosoko, Eniola Ajao, Ireti Osayemi, Kayode Olaseinde, Tunde Bernard, Bolaji Amusan. 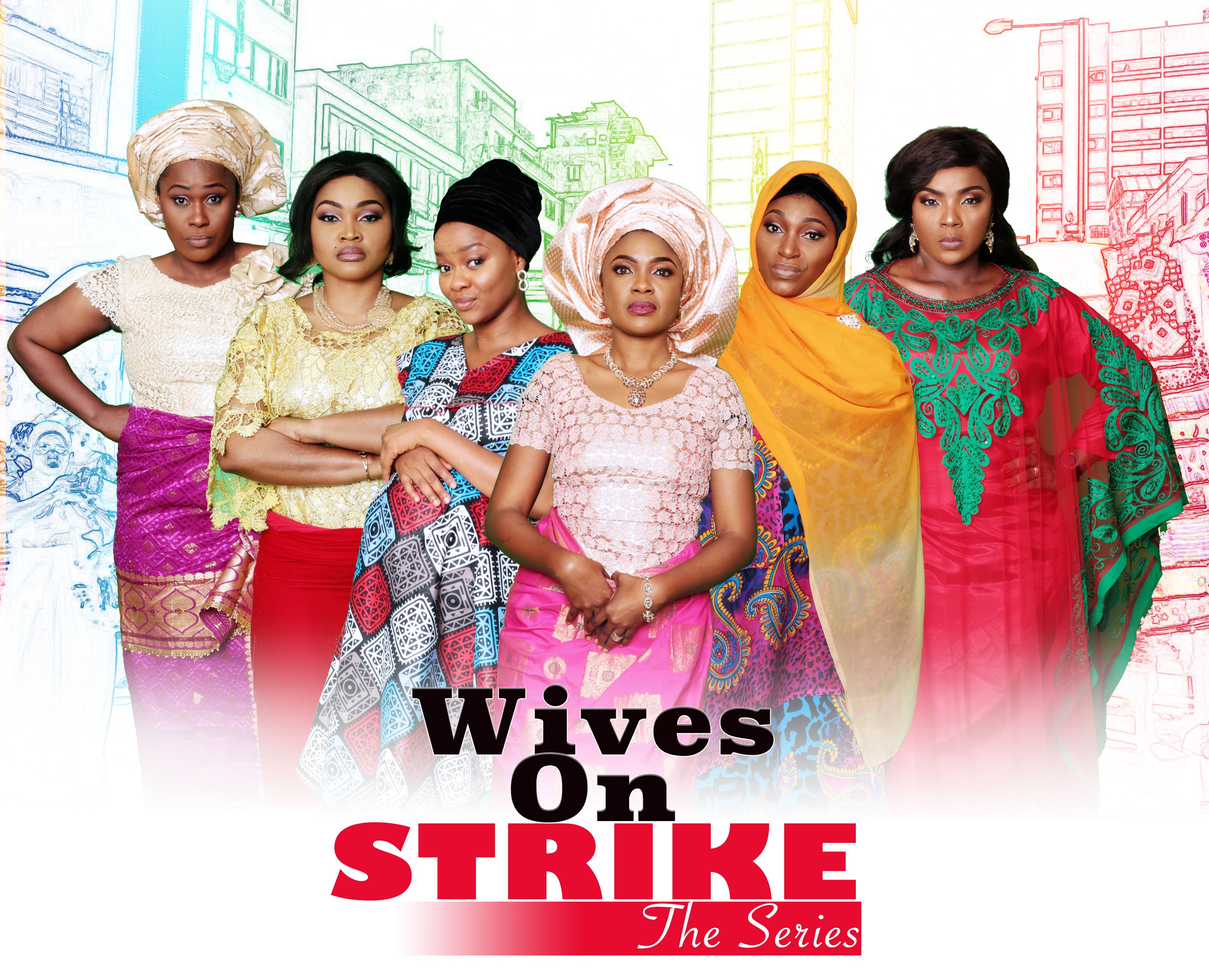 A group of market women deny their husbands’ intimate affection in a bid to stir them into making a decision. The film was shot in the heat of the #ChildNotBride conversation. It stars Uche Jombo, Chioma Akpotha, Ufuoma McDermott, Kehinde Bankole, Kalu Ikeagwu, Julius Agwu, Kenneth Okonkwo, Toyin Abraham. 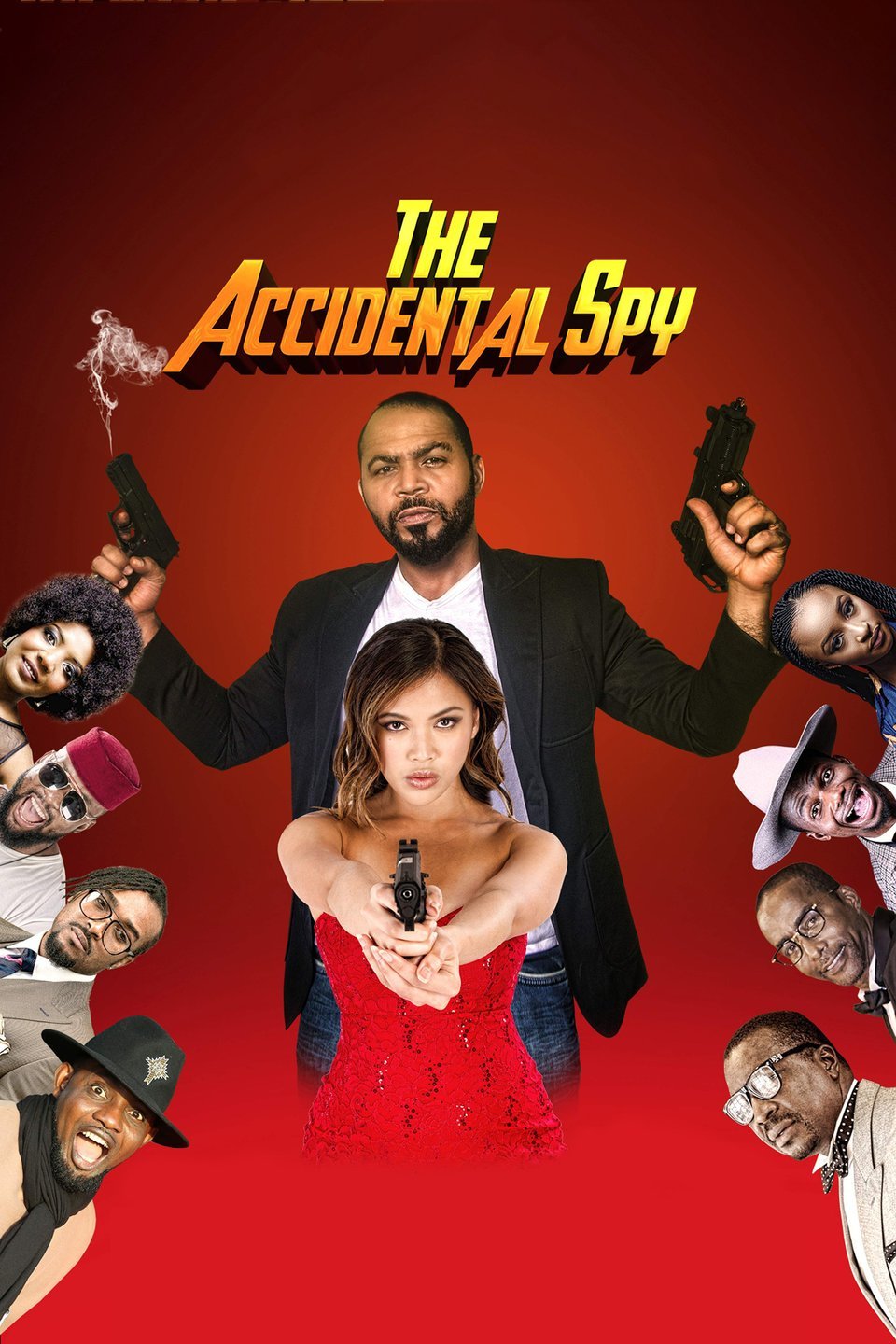 After he is blindsided by his cheating girlfriend, an IT Specialist becomes entangled in a reality show mix up with Nigerian’s most infamous Cartel without realizing it. The movie features Rahama Sadau, Ramsey Nouah, Thenjiwe Moseley, Bryan Okwara, Michael Lumb, Christine Allado, Ayo Makun, and Miguel A. Nunez. 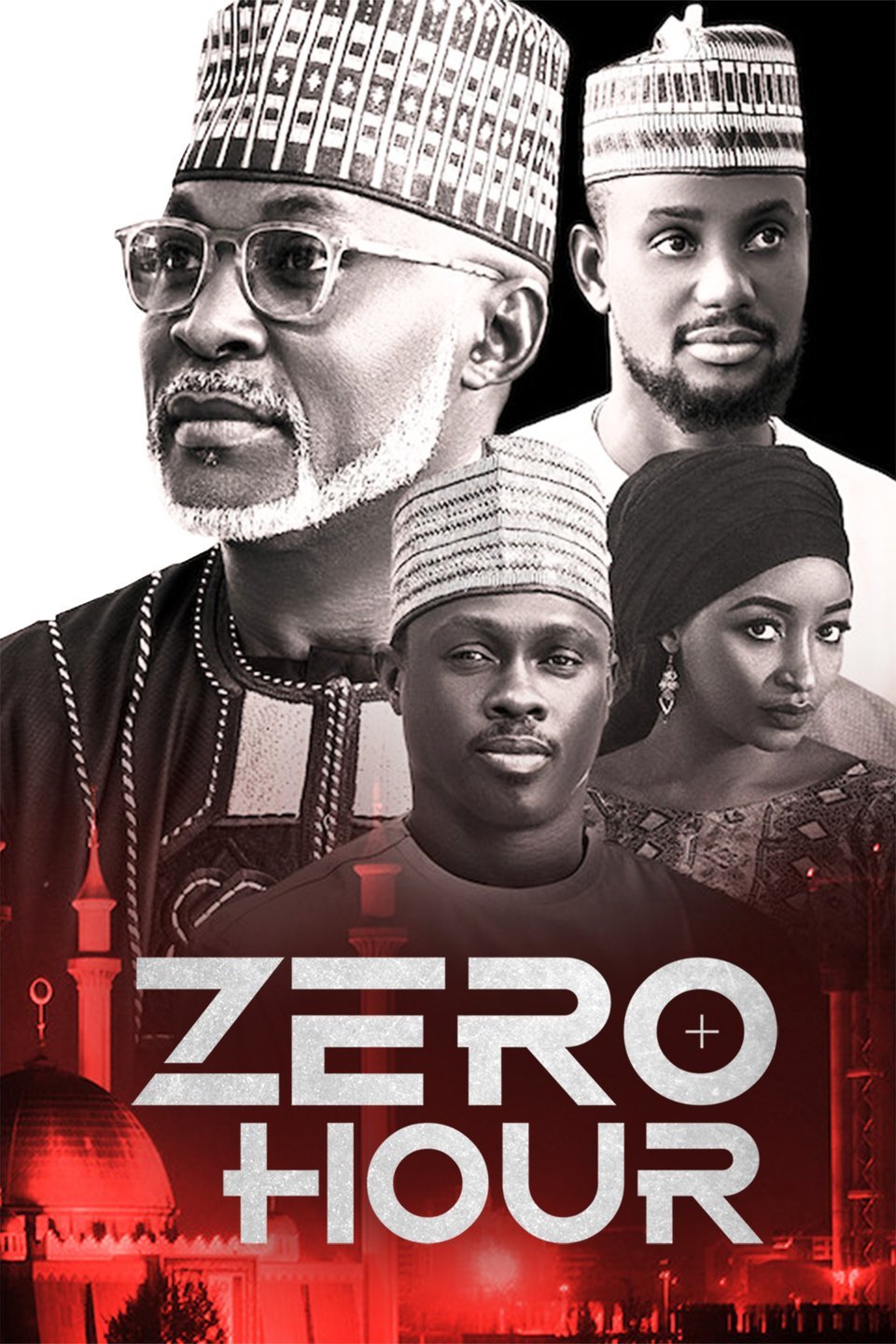 After his father passes away, the heir to a retail empire returns to take over the family business but faces a controversy involving laundering and murder. The movie stars Halima Yusuf, Alex Ekubo, RMD, Rahama Sadau, Ene Oloja, Ayoola Ayoola. 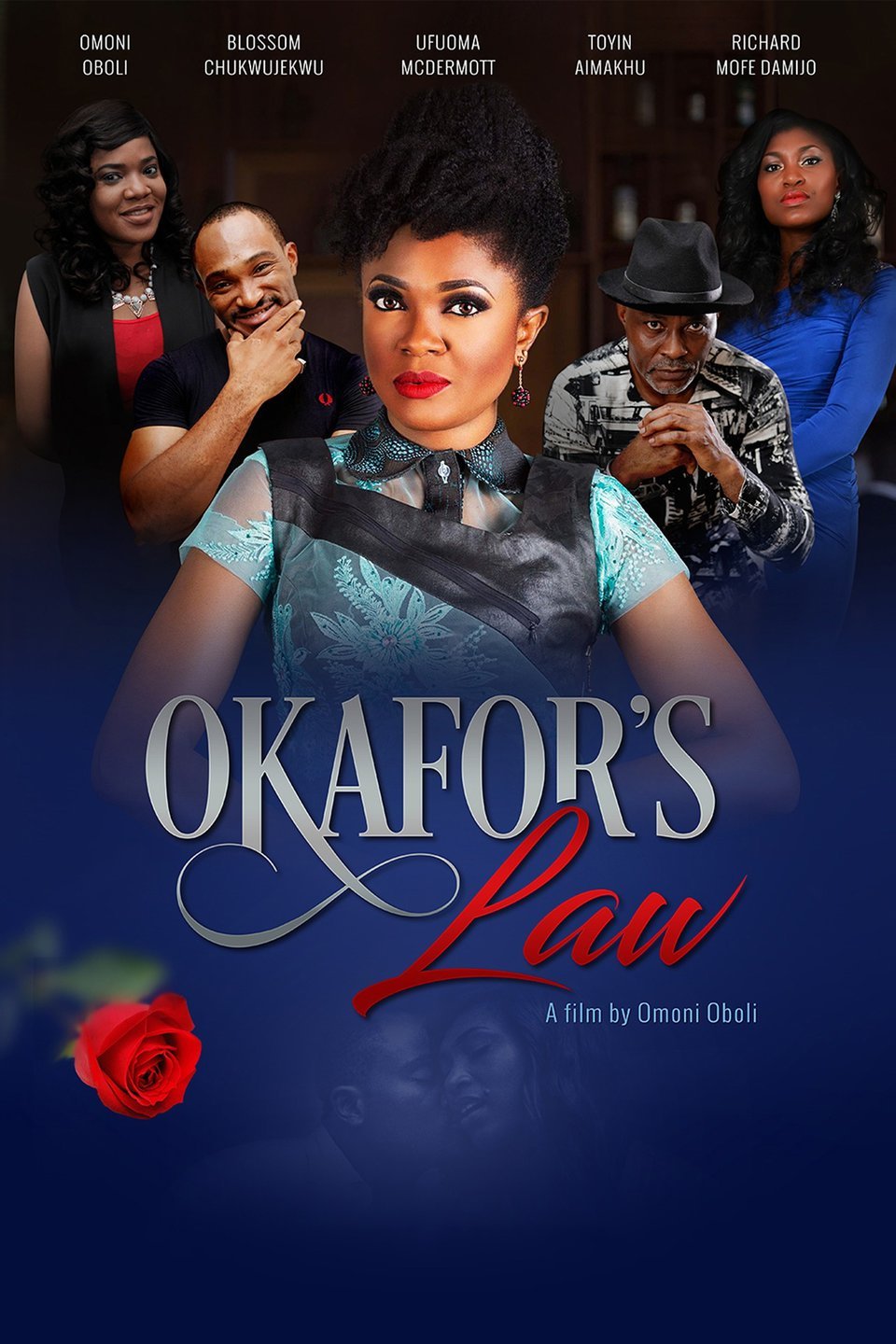 Okafor’s Law states that once a man has had a woman, he can have her again at any time, and a believer in the law puts it to a test with past girlfriends over a 21-day period.

The Ghost and the Tout 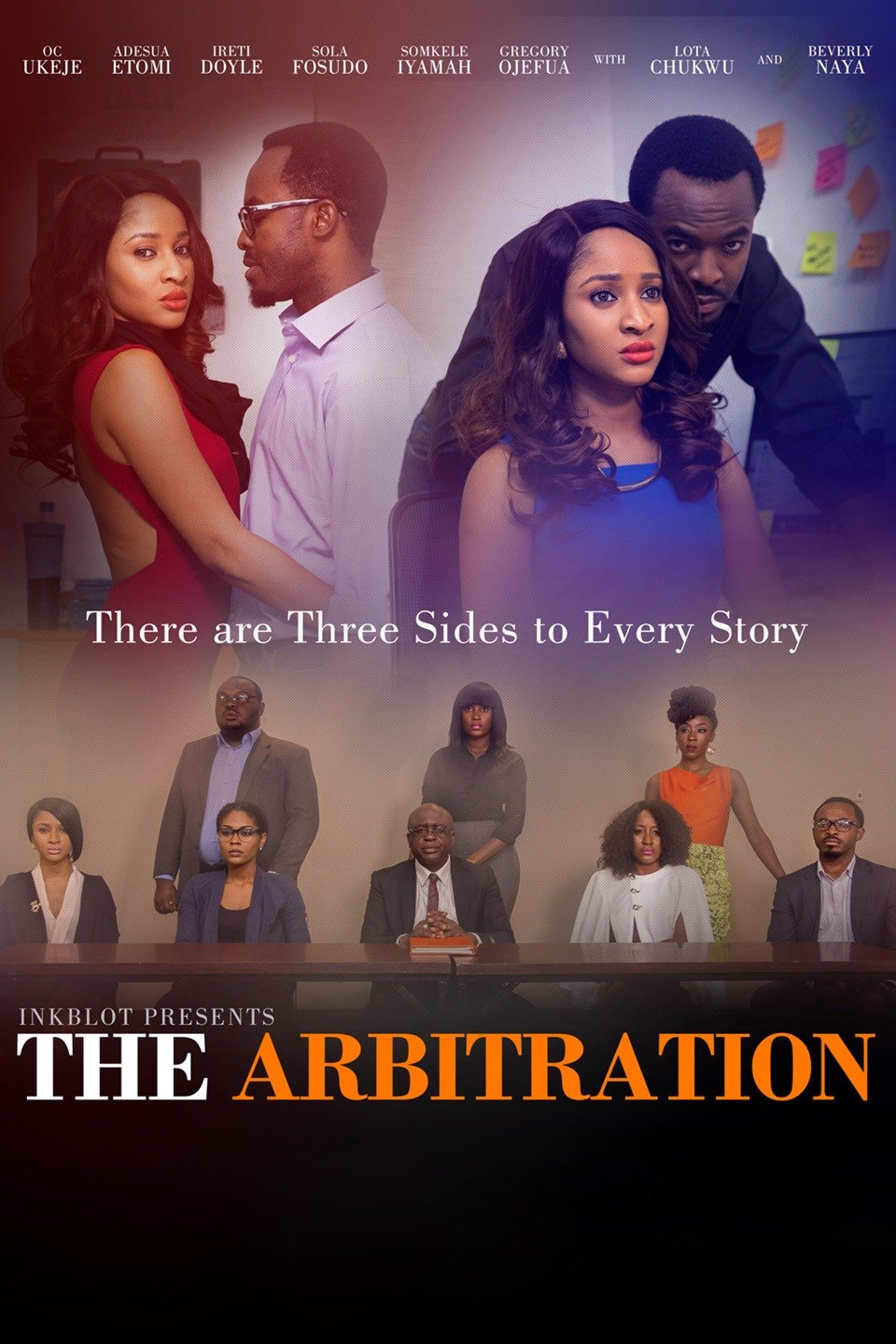 Gbenga, is a charming entrepreneur, running a very profitable tech company, and is the defendant in a lawsuit filed by Dara, a computer engineer, whose talent helped Gbenga’s company acquire the height it’s reached. Both colleagues were lovers whose relationship ended when Gbenga discovered his wife was pregnant. The movie stars OC Ukeje, Adesua Etomi Wellington, Beverly Naya, Somkele Iyama-Idalamah, Irtiola Doyle. 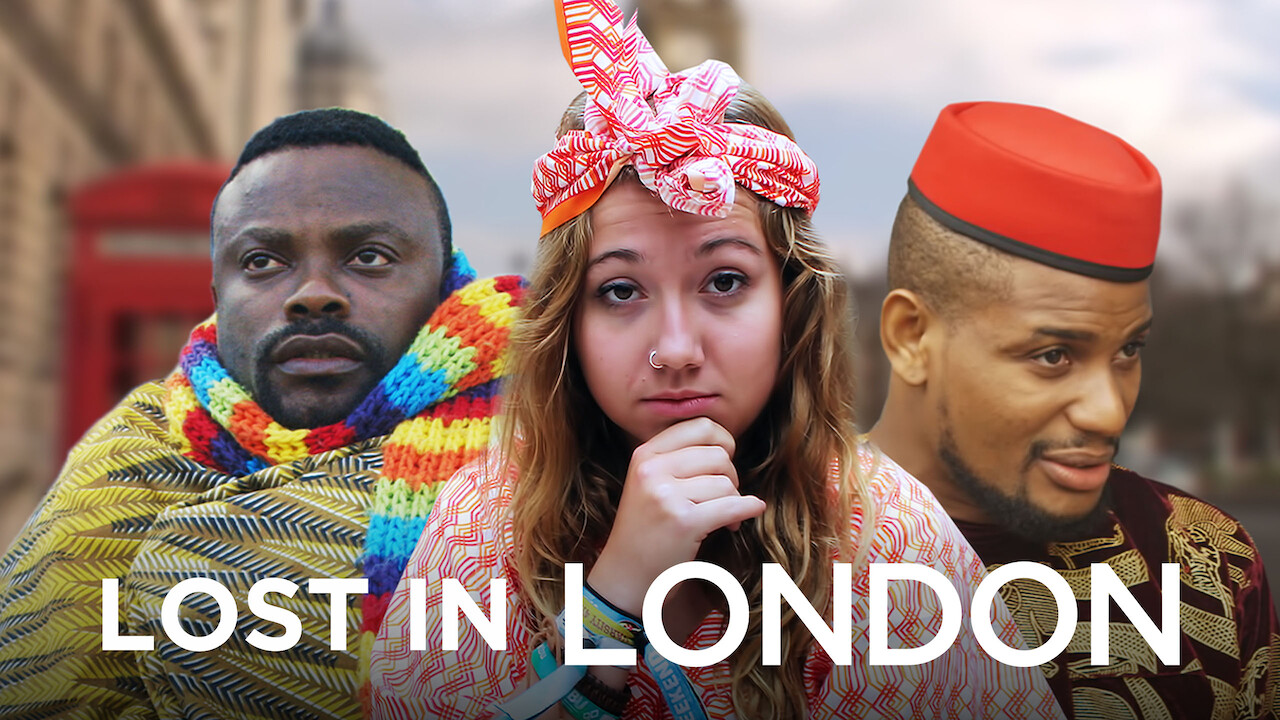 Okon and Bona are selected for an exchange program in London and must decide whether they will return home after the program or attempt to make it big in London. It stars Ella Bates, Peter Coe, Alexx Ekubo, Okon Lagos. 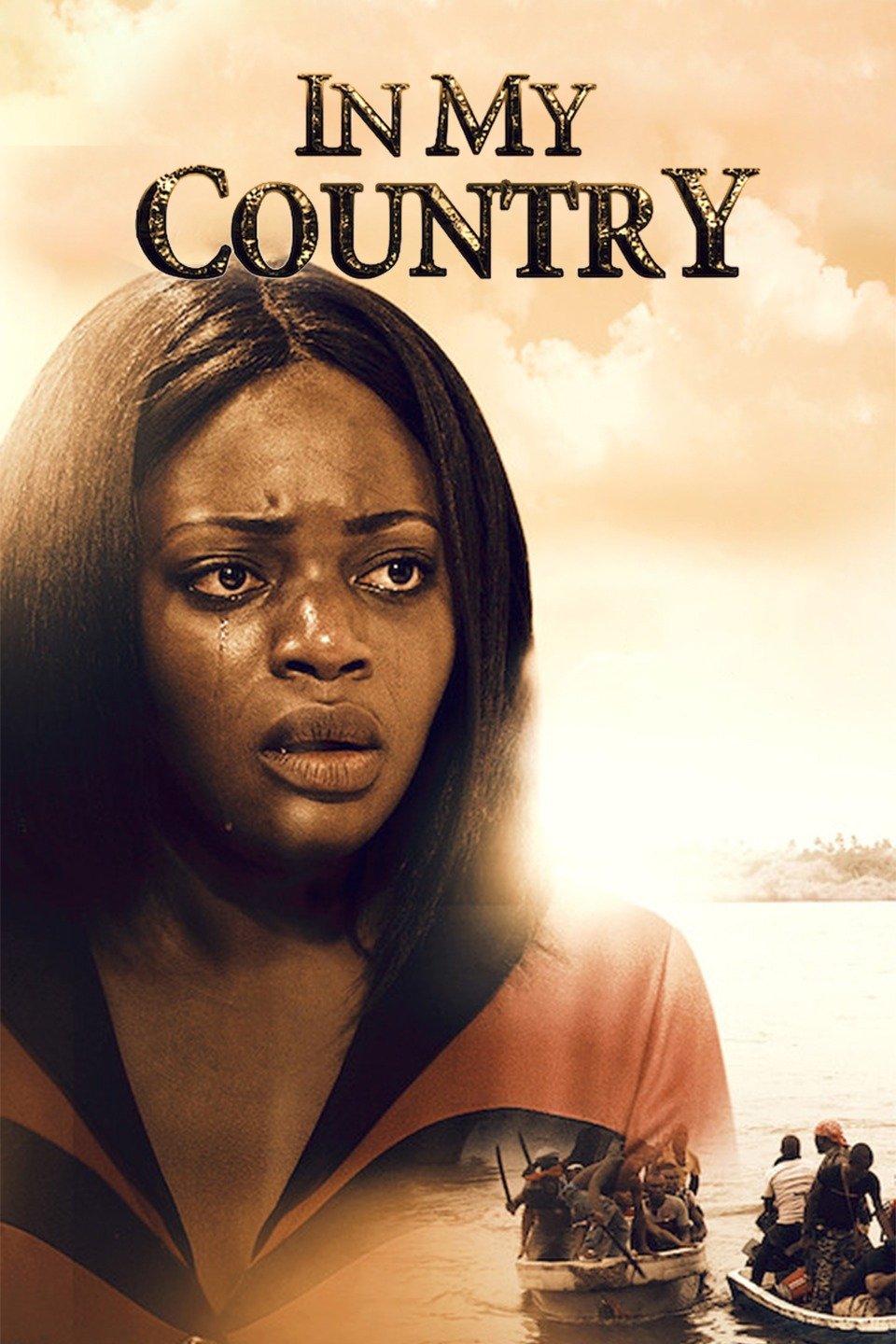 A woman desperately seeks help from a man she knew in her past to raise the money needed for her daughter’s critical surgery and faces dark consequences. 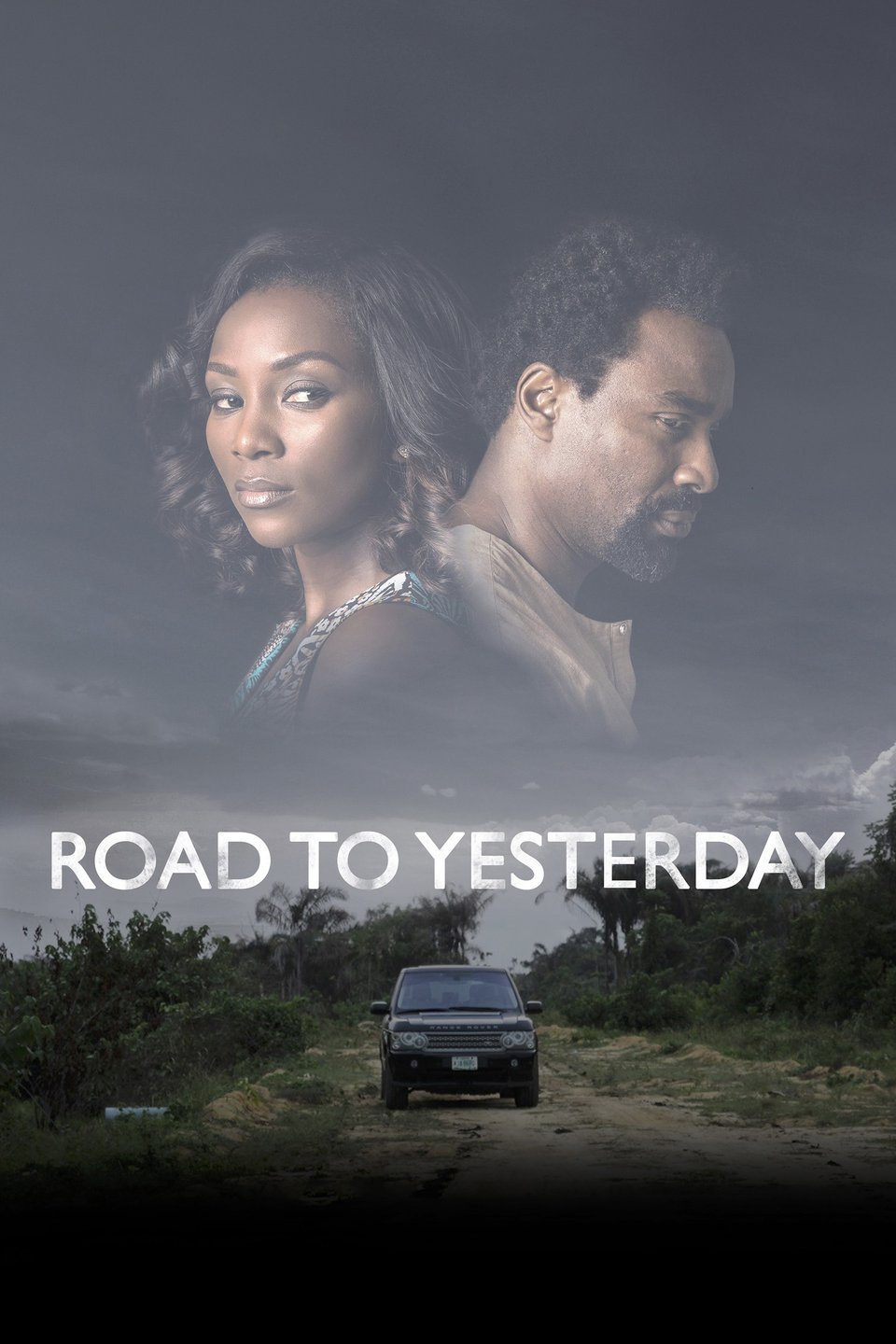 A struggling couple tries to save their failing marriage by reconnecting on a road trip. It stars Genevieve Nnaji, Oris Erhueroin, Majid Michel and Chioma ‘Chigul’ Omeruah.

A Trip to Jamaica 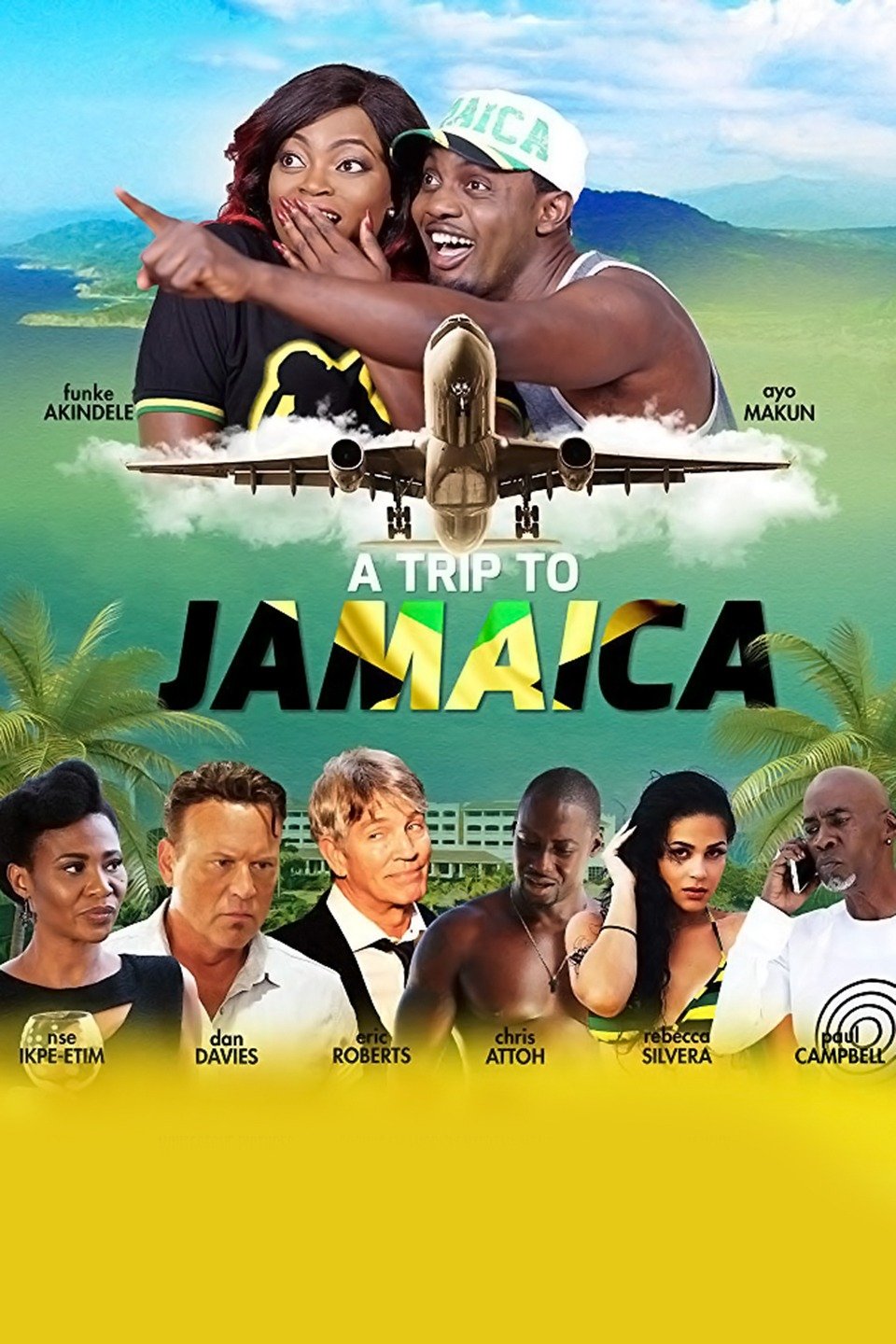 A Trip to Jamaica is a Nigerian comedy-drama film directed by Robert Peters starring Ayo Makun, Funke Akindele, Nse Ikpe Etim and Dan Davies. The film tells a story about the adventures of a newly engaged couple in their relatives’ residence outside Nigeria, and how the secrets of their host led to the eventual breakup of their union amidst the culture shock of the new country and living with upper-class citizens. 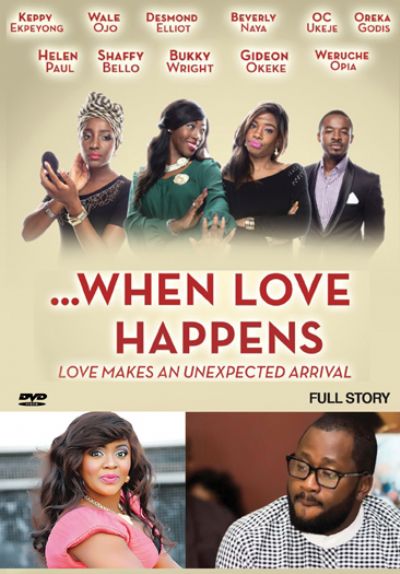 A 28-year-old event planner feels the clock ticking on her chances of getting married. With a friend getting engaged and being tasked to handle the wedding, she starts online dating and a VLog of her journey. After lots of dates, she has a real chance at love. Funny, well-acted and enjoyable.

“All about Love” is a love triangle story that involves two inseparable love birds (Chris Attoh) and (Katlego Danke) who faces the bitter side of love when cheating and betrayal hits their relationship. The movie stars Chris Attoh, Katlego Danke, Nomzamo Mbatha 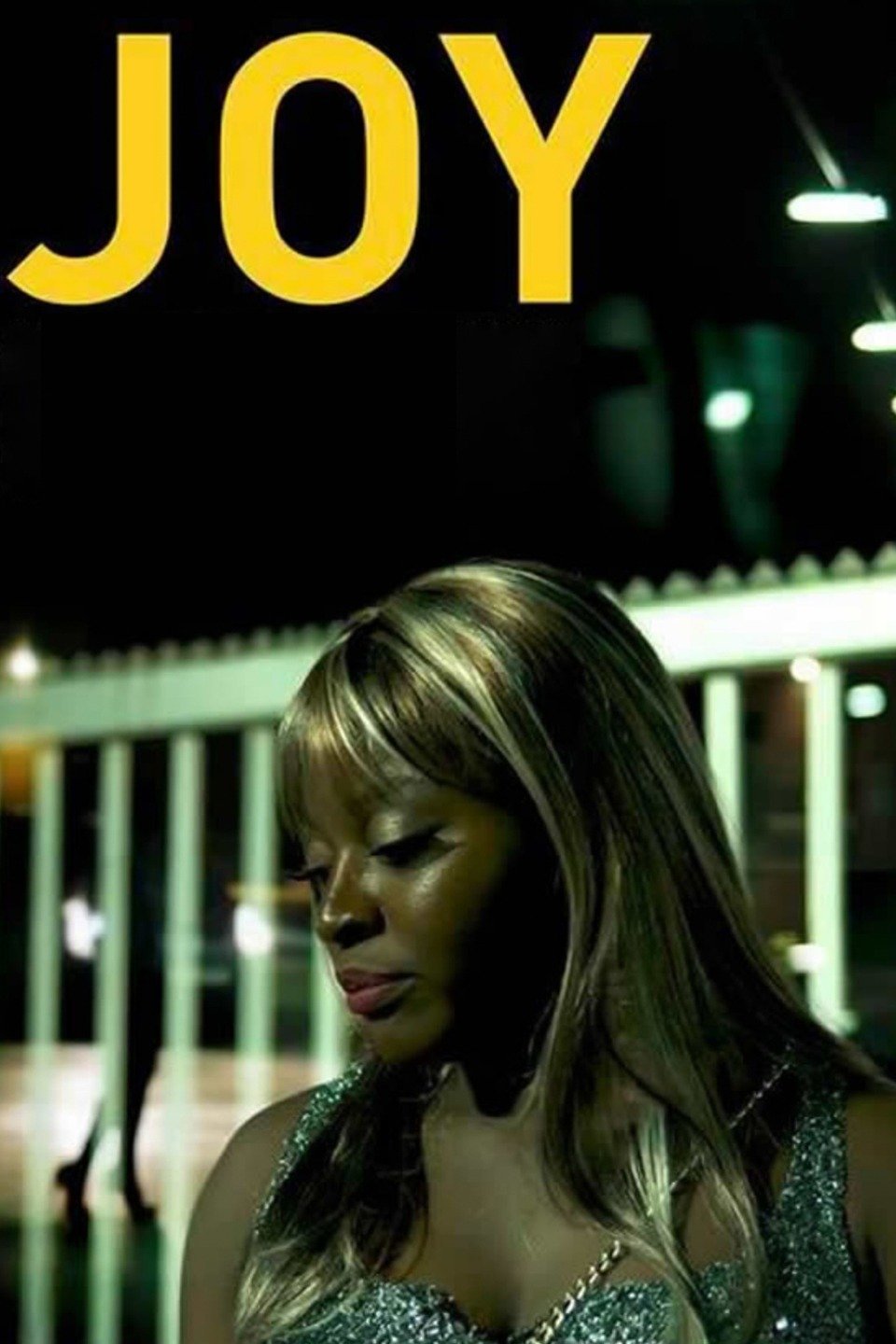 “Joy” is a 2018 Austrian drama film directed and written by Sudabeh Mortezai. The plot revolves around Joy (Anwulika Alphonsus), a young Nigerian woman who walks the streets to pay off debts while also supporting her family in Nigeria and her daughter in Vienna. 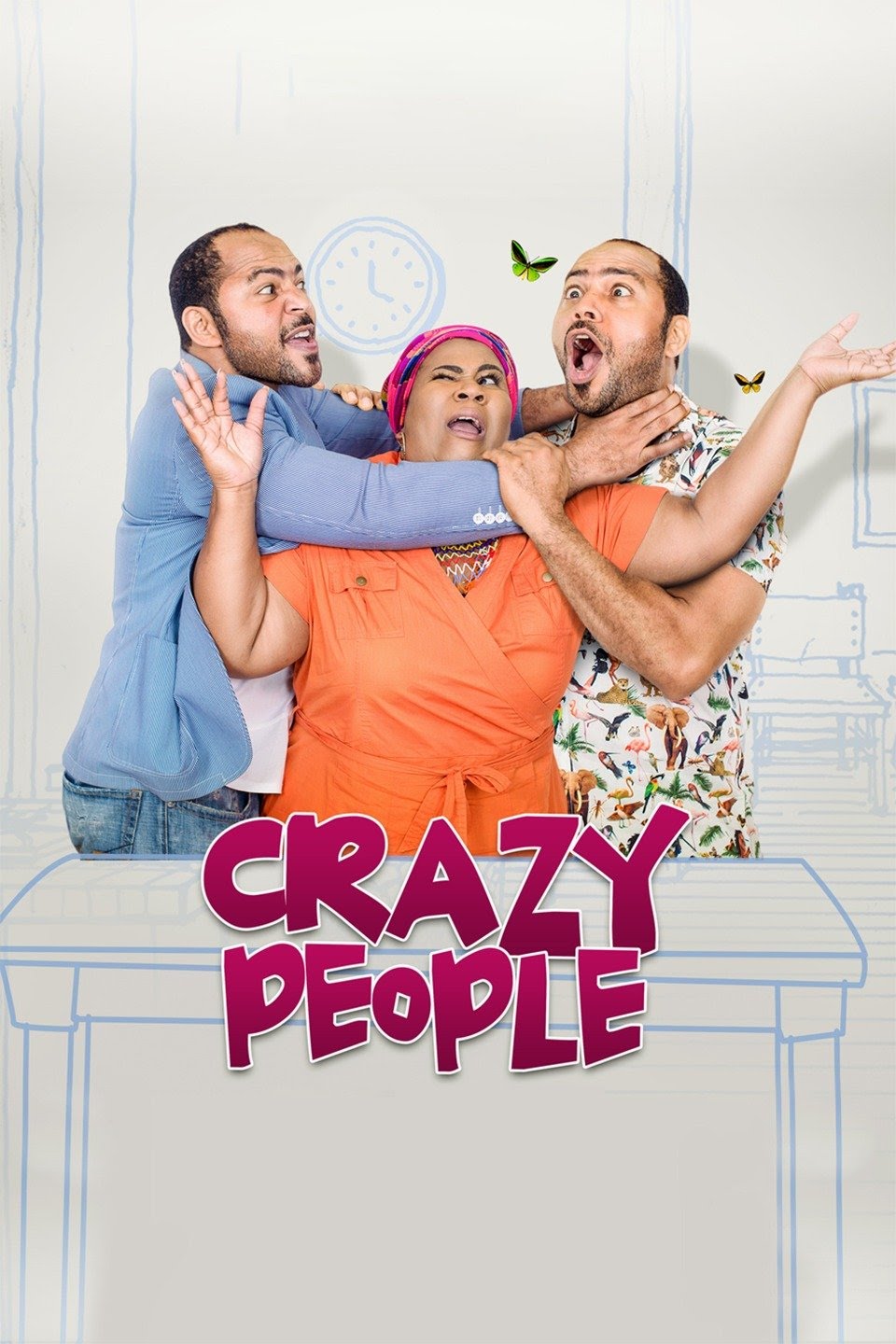 Ramsey Nouah returns to Nollywood in search of an impostor who seems to be getting away with making public appearances at movie sets and other celebrity hangouts whilst feigning to be the real Ramsey.

The Visit is a 2015 Nigerian romantic comedy thriller film directed by Olufunke Fayoyin and produced by Biodun Stephens. The film, which is a four-cast movie, stars an ensemble of Nse Ikpe Etim, Femi Jacobs, Blossom Chukwujekwu and Bayray McNwizu.

A homeless teenage mother, who gets herself trapped in prostitution and drug trafficking for seven years in order to secure a good life for her son. The film stars Ivie Okujaye, Sambasa Nzeribe, Tope Tedela, Majid Michel, Richards Brutus, Stephen Damien, Kolade Shasi and Gina Caste.

THE ISLAND Is a film created primarily to showcase the best of Nigerian culture and to give viewers an in-depth, enjoyable cultural experience whilst celebrating the efforts of the Nigerian Army. The movie stars Femi Adebayo, Segun Arinze, Sukanmi Bahlofin, TBoss.

“The Figurine: Araromire” is a 2009 Nigerian supernatural suspense thriller film written by Kemi Adesoye, produced and directed by Kunle Afolayan, who also stars in the film as one of the main protagonists. It also stars Ramsey Nouah and Omoni Oboli. 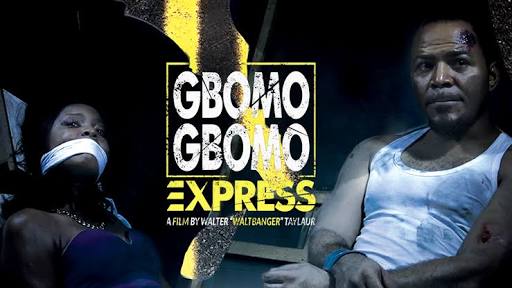 A young beautiful woman is faced with the challenges of surviving in Lagos. She falls prey to a ruthless gangster who abuses her until she meets someone who changes her life for good. The movie stars Omoni Oboli, Chinedu Ikedieze, Joseph Benjamin, Alexx Ekubo, Yvonne Jegede,Udoka Oyeka, Tony Monjaro.

Related Topics:MoviesNetflixnollywoodNollywood movies
Up Next