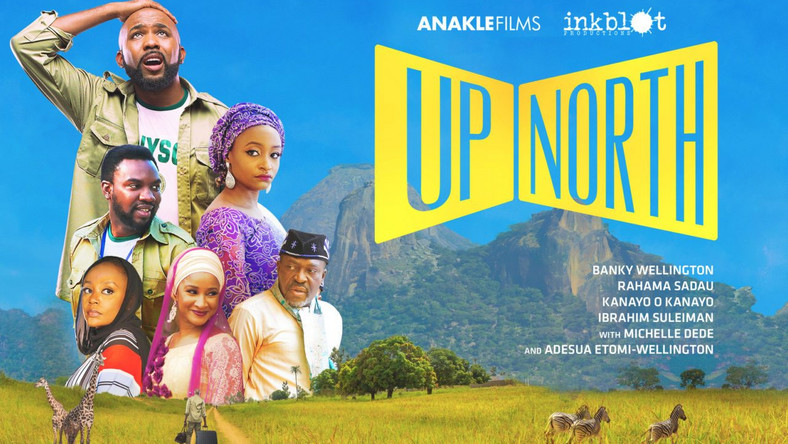 Nollywood is getting a lot of attention from the popular streaming platform Netflix with its new generation of sizzling movies.

With Netflix, one can enjoy ad-free Nollywood movies at a reasonably affordable monthly fee.

The distribution of Nigerian movies on Netflix started around 2015. At the time the American giant bought the rights of blockbusters such as Kunle Afolayan’s “October 1st,” Biyi Bandele’s “Fifty,” and several others after they had already been distributed in Nigerian cinemas.

Netflix has a collection of Nigerian movies you can stream at your pleasure especially during the present coronavirus lockdown.

Here is a list of movies you will enjoy below:

Looking to prove her worth, a woman steps up to the challenge to work with her crude and eccentric brother when her father, Chief Ernest Obiagu, is forced to take a step back due to health issues. The movie is directed by Genevieve Nnaji and stars Nkem Owoh, Pete Edochie, Jemima Osunde, Onyeka Onwenu, Phyno.

“Up North” is a 2018 Nigerian film produced by Anakle Films and Inkblot Productions, and directed by Tope Oshin. The movie is about a pampered heir who must complete a year of service work to inherit his dad’s assets but unearths new goals when he’s placed in an unfamiliar region. The movie stars Rahama Sadau, Kanayo O. Kanayo, Adesuwa Etomi Wellington, Banky Wellington, Hilda Dokubo.

“The Wedding Party” is about two things: everything that could go wrong in a big Nigerian wedding and the ethnic tension between the Igbos and Yorubas. But it is more about the former than the latter. The movie is a thorough crowdpleaser. It features an enjoyable cast directed by Kemi Adetiba, with standout performances. The movie stars Adesua Etomi-Wellington, Banky Wellington, Richard Mofe Damijo, Sola Sobowale, Iretiola Doyle, Alibaba Akporobome, Zainab Balogun, Beverly Naya, Somkele Iyamah, Enyinna Nwigwe, Ikechukwu Onunaku, Daniella Down, Stephen Damien.

“Hakkunde” is an inspiring story about the resilience of the Nigerian youth amidst adversity. It explores, with humor and warmth, what it means to be young and unemployed in Nigeria’s commercial capital, Lagos. The film approached the unemployed Nigerian trope differently; here, the lead character, Akande, leaves Lagos, the land of opportunities, for a remote village in Kaduna in search of greener pastures.

“Taxi Driver” is about a young mechanic who moves to the city after his father dies, to drive the old man’s taxi. Along the way, he encounters assassins and a motley crew of other urban weirdos. The movie was directed by Daniel Oriahi and stars Odunlade Adekola, Femi Jacobs, Ijeoma Grace Agu and Hafeez Oyetoro.

“King of Boys” is a 2018 Nigerian political thriller film written and directed by Kemi Adetiba. It is the second movie directed by Kemi Adetiba following the release of “The Wedding Party”. The movie is focused on power tussle and stars rappers Illbliss and Reminisce in their movie debut roles. Other casts include Paul Sambo, Osas Ajibade, Toni Tones, Sani Muazu, Demola Adedoyin, and Akin Lewis.

“Isoken” is a romantic comedy that explores cultural expectations, racial stereotypes and the bonds that unite families in touching dramatic and comedic ways. Things come to a head at Isoken’s youngest sister’s wedding when her overbearing mother thrusts her into an orchestrated matchmaking with the ultimate Edo man, Osaze. But in an unexpected turn of events, Isoken meets Kevin who she finds herself falling in love with. The movie stars Dakore Akande, Joseph Benjamin, Marc Rhys, Funke Akindele, Lydia Forson, Damilola Adegbite.

The story of “93 Days” centers on the sacrifices made by men and women who risked their lives to make sure the Ebola virus was contained, before it becomes an epidemic when it was imported into Nigeria by a Liberian-American diplomat. “93 Days” is also dedicated to Stella Ameyo Adadevoh, a Nigerian physician who played a key role in the containment of Ebola in Nigeria. The movie was directed by Steve Gukas and stars Bimbo Akintola, Bimbo Manuel, Charles Okafor, Danny Glover, Gideon Okeke, Keppy Ekpeyong Bassey, Somkhele Iyamah, Tim Reid, Sola Oyebade, Charles Etubiebi, Seun Kentebe.

A man is scared to go to heaven because he does not have a soul mate. He negotiates with God who gives him three days to go back to earth and find one. He is paired with Ijeoma, who has three days to keep her father’s house on Banana Island from being reclaimed by the bank. The movie stars Saheed Balogun, Ali Nuhu, Tina Mba, Uche Jombo, Bimbo Manuel, Dorcas Shola Fapson.

“Kasala” is a comedy set in present-day Lagos and centers on the lives of four young men who go on a joyride to a party in a Honda Accord one of them has taken from his boss Taju without permission. Their evening is ruined when one of them crashes Taju’s Honda breaking the windscreen and denting the car’s body. With just four hours before Taju returns home, all four boys hustle around Lagos to raise money for the car repair. The movie stars Kassim Abiodun, Mike Afolarin, Gabriel Afolayan, Yomi Alvin, Judith Audu, Chimezie Imo, Jide Kosoko, Emeka Nwagbaraocha, Sambasa Nzeribe, Kolade Shasi, Tomiwa Tegbe.

It narrates the story of Mary, a warm-hearted fashion designer who works under a very stringent boss, and Akin, an arrogant, withdrawn and bossy business executive. They accidentally swap their mobile phones at a busy airport, which leads to an exchange in their destinations and the need to help carry out each other’s assignments.