Take a First Look at the Trailer for “Rise of the Saints" starring Deyemi Okanlawon, Racheal Oniga & Tina Mba 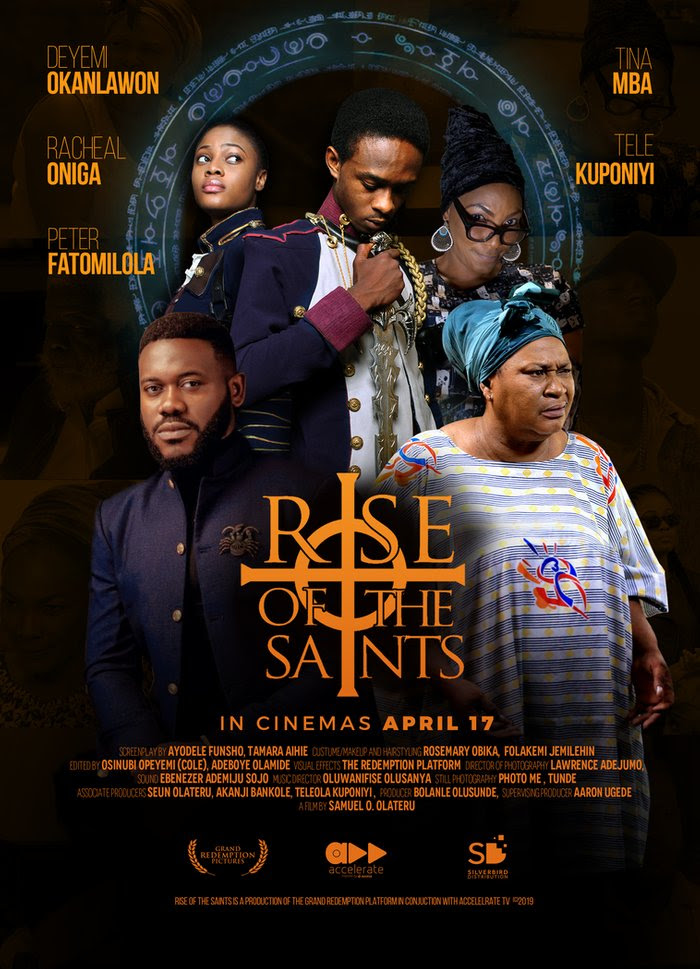 Grand Redemption has released the official trailer and poster for a new Nollywood film titled “Rise of the Saints“.

The film “Rise of the Saints” by Samuel O. Olateru is a movie inspired by the story of Moremi Ajasoro, warrior Queen of Ife who delivers her people from destruction in the hands of her sworn nemesis Jagan. In the present-day world, her prophesied son is manifest in Luke, a young aspiring musician.

Orphaned at birth and raised by his aunt, Luke is suddenly plunged into a battle of two worlds: of light and darkness. He joins forces with The Saints, a group of people charged with the duty of protecting the legacy of Moremi, and together they must employ all their wits to defeat the ferocious warlord, Jagan. Amidst all, Luke has no choice but to take the biggest test of his life: choose between a destiny of honour or his dazzling dream of music and fame.