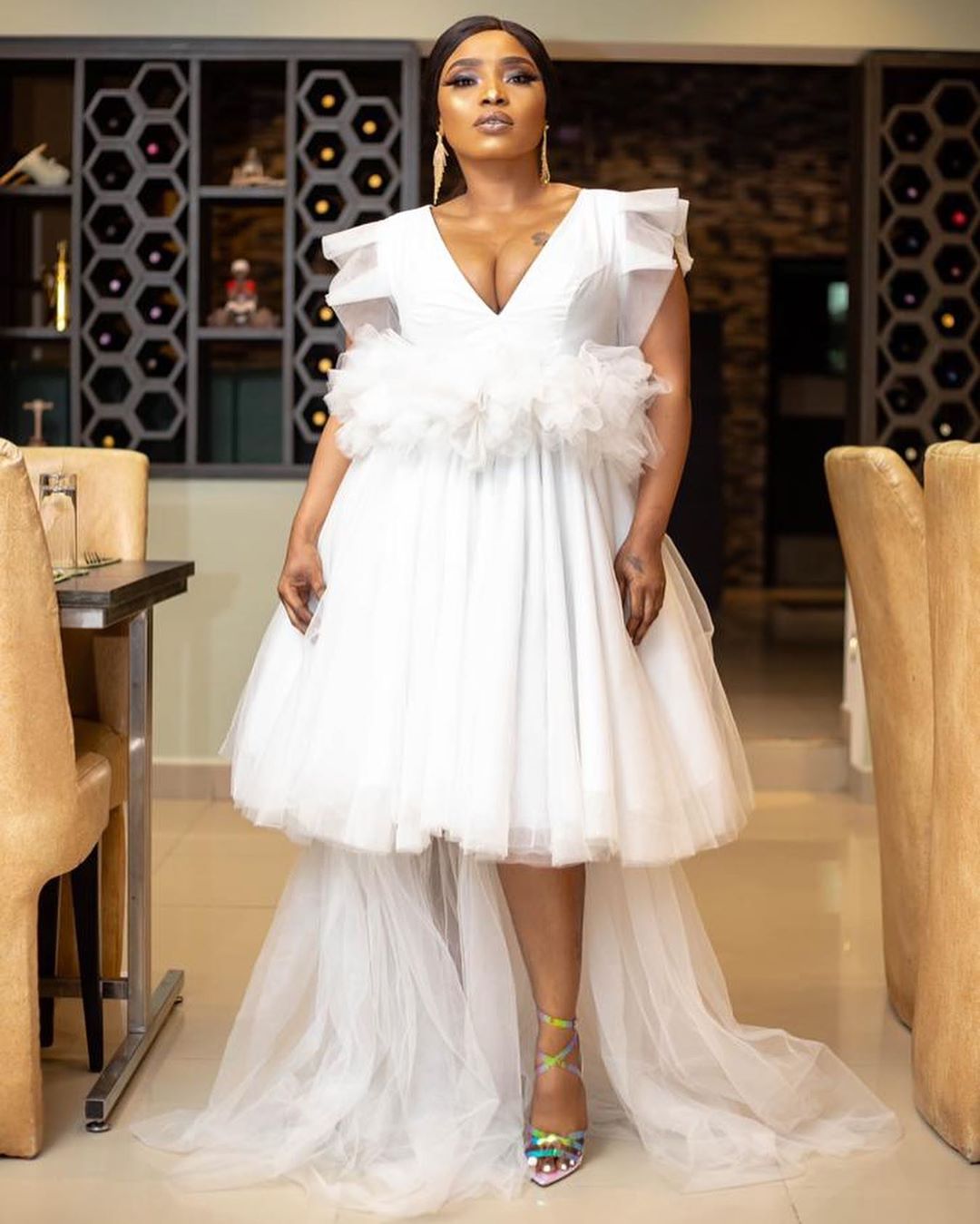 Halima Abubakar has come under fire from Nigerians on social media for allegedly stealing a baby photo and pretending to use it as hers.

Recently, she shared a photo ‘herself’ holding on to a baby’s hand, with the caption, “A gift from God And I will cherish you for life ❤️❤️❤️Biggest miracle ❤️A Boy 3/4/2”. Following the allegations by the alleged mother Ariel with the Instagram handle @the_arielb, the post has since been pulled down from Halima’s Instagram page.

Ariel shared photos of her baby on Instagram, one of which was identical to the photo Halima used in announcing the arrival of her baby. Ariel also shared screenshots of her chat with Halima Abubakar asking the actress to take down the photo.

Following the revelation, Nigerians are calling out the actress:

This Halima Abubakar gist is just too stupid and annoying at the same time. What's worse is the excuse she gave. Like how tf does that sound believeable? ??‍♂️??‍♂️??‍♂️

What Halima Abubakar did was terrible but for all we know, she's probably fighting depression, pls don't drag her on the street ??

Halima Abubakar took another’s woman holding her child picture and use it as hers to share the good news that she has birthed a child. Only for the owner of the picture to call her out.
What exactly is wrong with these people?

We still have PTSD from Oge Okoye stealing photo of another person’s dog, and Halima Abubakar is being dragged on IG right now for stealing a baby’s photo.

These actresses will embarrass you? pic.twitter.com/mcyegAGBH5

Lmaooooo. Halima abubakar has always been an idiot. No be today. I know her personally. Na that thing wey she dey sniff. Add tonto dick to the list too.

Halima Abubakar went to download another woman's baby picture just to lie that she has given birth on Instagram,

Now the real mother of the baby is showing receipts.

What social media will do to some people in this life.. I wonder if Actress Halima Abubakar really had a baby.. Abi her pikin no get hand? Why would she steal someone else's baby picture.. ????.. Shame.. pic.twitter.com/1BzV73jznP

In case you thought you’ve seen it all, Halima Abubakar stoke someone else’s baby pic and used as her own to deceive us. ?????????????

I give up on Naija celebs ??‍♀️ pic.twitter.com/w1d6yyauIu

See halima abubakar stealing new baby picture upadan, After they will say we are poor when we drag them .. pic.twitter.com/HfICJEo8GW

So i heard Halima Abubakar stole another woman’s baby picture? Why go through that stress when you can easily make your baby hold your hands and snap? This drama could’ve been avoided though!