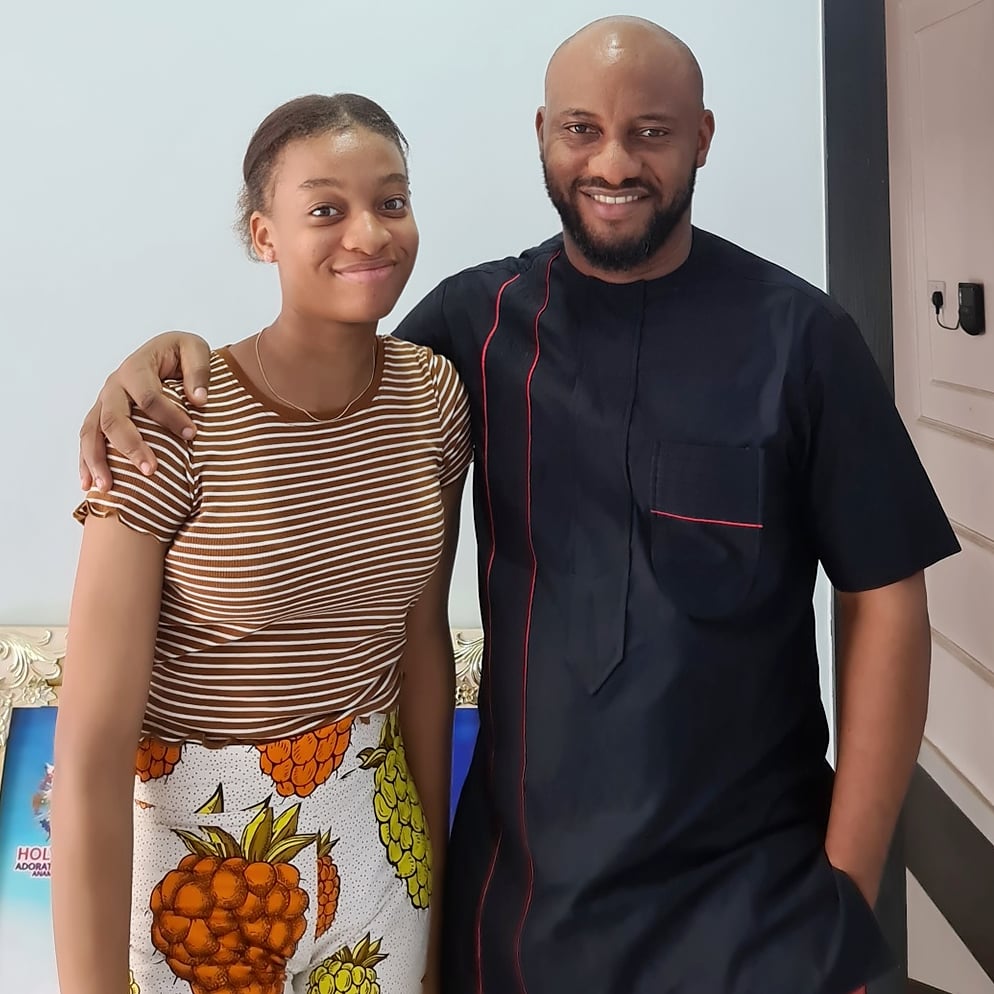 On Friday, Yul Edochie’s daughter, Danielle, clocked 15 years and her dad took to Twitter to celebrate his beautiful daughter on her special day.

He shared a photo of her, with the caption:

Happy 15th Birthday to my 1st child, my daughter. Danielle Chidubem Yul-Edochie. May the Almighty God be with you always. You shall be 10 times greater than your father. Amen!

Happy 15th Birthday to my 1st child, my daughter.
Danielle Chidubem Yul-Edochie.
May the Almighty God be with you always.
You shall be 10 times greater than your father.
Amen! pic.twitter.com/Lw6FuoeAJ7

A few minutes later, some Twitter users dropped inappropriate comments about his daughter, and trust Nigerians, they proved they’ve got zero-tolerance for any form of sexual harassment.

Here’s how Nigerians are saying NO to sexual harassment:

The comments on this post clearly shows that some men are pedophiles in human clothing. She's 15 ….
awon eleribu gbogbo https://t.co/4p2L7Rm5B5

Girls grow up knowing sexual harassment before they can even discover their sexuality. And in the middle of that being slut shamed for an act done to them by men who should know better. She’s 15 ! A 15 year old that hasn’t even started tackling life, you’re already lusting over ?

Yul Edochie celebrated his daughter's birthday on here yesterday. She's 15 year old and here are some disgusting Nigerian men channeling out their inner pedophilia prowess in the comments ??☹️.

Men will disgrace you. ? pic.twitter.com/oPJjpepzLM

If she’s 15, but she came to you herself,
LEAVE HER ALONE.

If she’s 15, there’s NO excuse at all,
Just #LeaveHerAlone pls.

She's 15! Even if she looks 20, it doesn't change the fact that she's still 15. That means she's MINOR, a CHILD How do you comfortably sexualize a child?

She's 15 and you say tinz like
"It doesn't mean, she looks older than her age"
"This babe is so hot"
"Is she still a virgin"
"She is almost ripe"
"I will like to marry her"
"Can u please share her handle"

You a big disgrace,
No can't defend these statements however you try

Even if she's brilliant, and wiser than her age, you have no right to engage her or indulge her in anything intimate.

This is about conscience, law, and being humane.. Please ??? pic.twitter.com/0QOKTsDfjK

I've seen a lot of girls look 28 in their 15s, she cute right? Yeah but She's 15 brah, It's a no-go area. Treat her like her age and not the look. It's an age most of them find it hard to make self decisions, don't take advantage of her and she'd remember & be thankful tomorrow.

See how people are lusting over this 15 years old girl, and it is clearly stated that She's 15, is it not pathetic how we reason in this country, later you people will say only North perform this immoral act, hypocrite ni gbogbo wa ? https://t.co/Ioxs8eP5gs pic.twitter.com/1h2RGSrEQE

Just look at some men showing their shamelessness in the replies of Yul Edochie's birthday wish to his daughter. Wtf, she’s 15 for God’s sake!

Why are you looking at a 15 year old girl with a lustful eyes, knowing fully well she's 15 years old.

WHAT IS WRONG WITH YOU?

The comments are irritating. One even made a comment about giving eulogy if someone says he wants to marry her at this age. Child marriage and paedophilia signs. Please learn to keep children out of your sexual fantasies…LET CHILDREN BE CHILDREN #YSMANG https://t.co/ypfCuBPkfB

The fact that She's 15 ,I mean @YulEdochie's daughter shd have given those paedophiles reasons to back but NO they kept going and going, dropping Jaw Dropping sexual lines that wld make their mums scream in utter disgust.
I know we play a lot but not when it comes to kids pls ?

Related Topics:DanielleTwitterYul Edochie
Up Next

Calling All Book Lovers! We’ve Found a New Challenge You Will Love – #BookAsOutfit