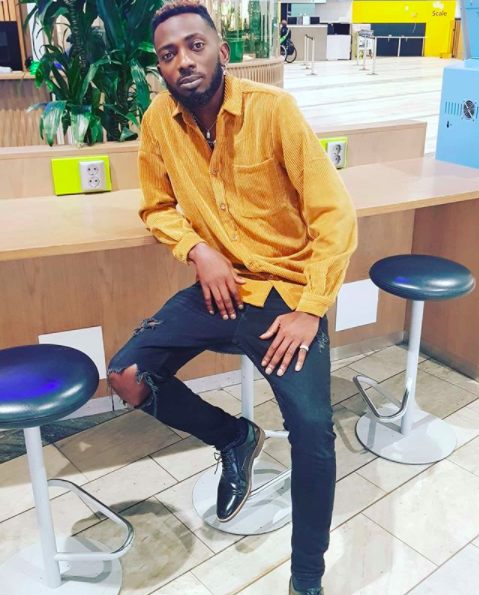 In light of the trending story on Cynthia Morgan (Madrina), May D who was under Square Records, recounts his alleged past ordeal with the label.

On the 21 August 2012, May D announced his split from Square Records and announced his own label, Confam Entertainment. In the statement announcing the split,  Jude ‘Engees’ Okoye said, “… MAY D is no longer an artiste under the aforementioned outfits due to irreconcilable differences. We at Northside and Square records wish him all the best in his career and life”.

Narrating his ordeal with the label after a commenter tagged him ‘greedy’, the music star tweeted:

For your information I was staying in their boys squatters with their driver and their cook just one room all of us shared a toilet and I had big songs and also the other side of their twin duplex was empty! Now! I slept on brand new television carton used my shirt as cover cloth. 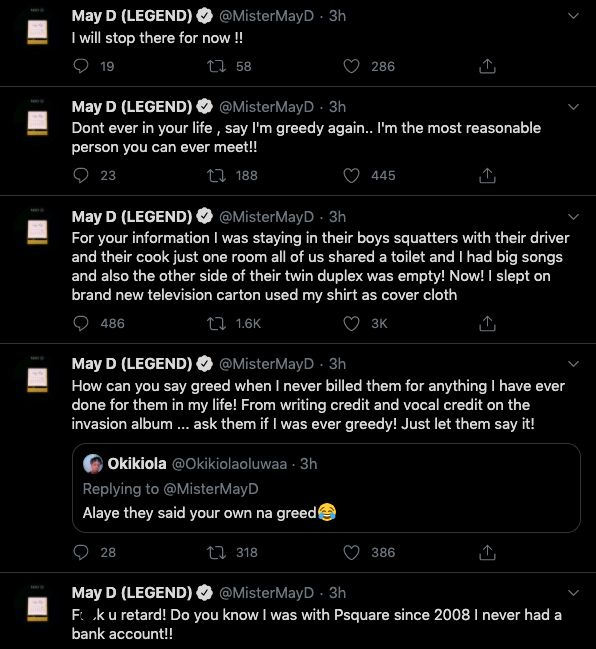