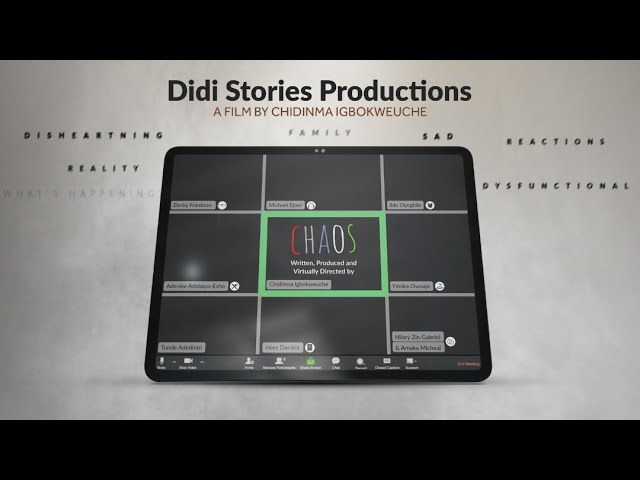 Accelerate TV, through the Accelerate Filmmaker Project, trains empowers and gives young filmmakers a platform to actualize their dreams, and an alumni Chidinma Igokweuche is showcasing a short film written, produced and virtually directed by her.

The short film titled, “Chaos“, was shot during the full lockdown, and magic was created. The film is a Didi Stories production and also a collaborative effort between some young and ambitious filmmakers.

And here’s the result. Check on it!