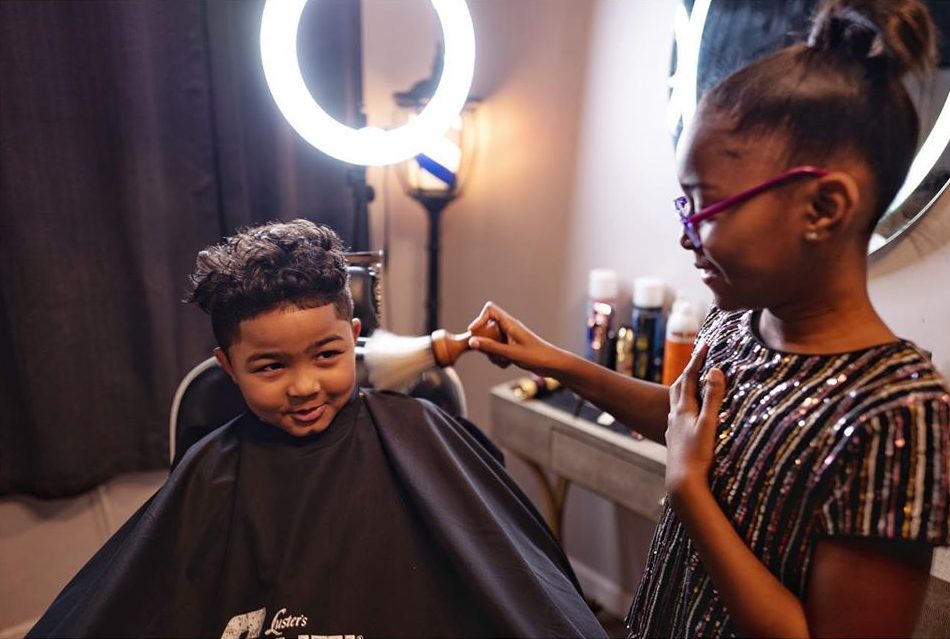 At age seven, Neijae Graham-Henries also known as the world’s youngest barber, found her passion when her brother chose to discontinue the Junior Barber Academy in North Philadelphia.

Now, the 9-year-old spends her time going to school and giving free haircuts to those in need and at the same time mastering her skills from Philadelphia barbers. Young Graham-Henries is confident about her career in a male-dominated profession and her resolve to pursue her passion has won her the World Record Academy title of “World’s Youngest Barber’.

Neijae says she didn’t think much about giving haircuts before she heard of the academy. “I would braid my own hair and my doll’s hair, but I wasn’t really interested in barbering. I thought only boys could do it” she told TIME for Kids.

Graham-Henries received national attention from outlets like BuzzFeed and Inside Edition when a video of her working went viral on social media. She also got invited to speak at the Essence Beauty Carnival in New York City.

Neijae Graham-Henries (@theworldsyoungestfemalebarber) was seven years old when she enrolled for, and completed, the six-week Junior Barber Academy course as the only girl in her class. Today, she’s regarded as the world’s youngest female barber. “When you don’t get the work done, that’s on you,” she says. . ? @60secdocs #BellaNaija #Inspiration BellaNaija.com