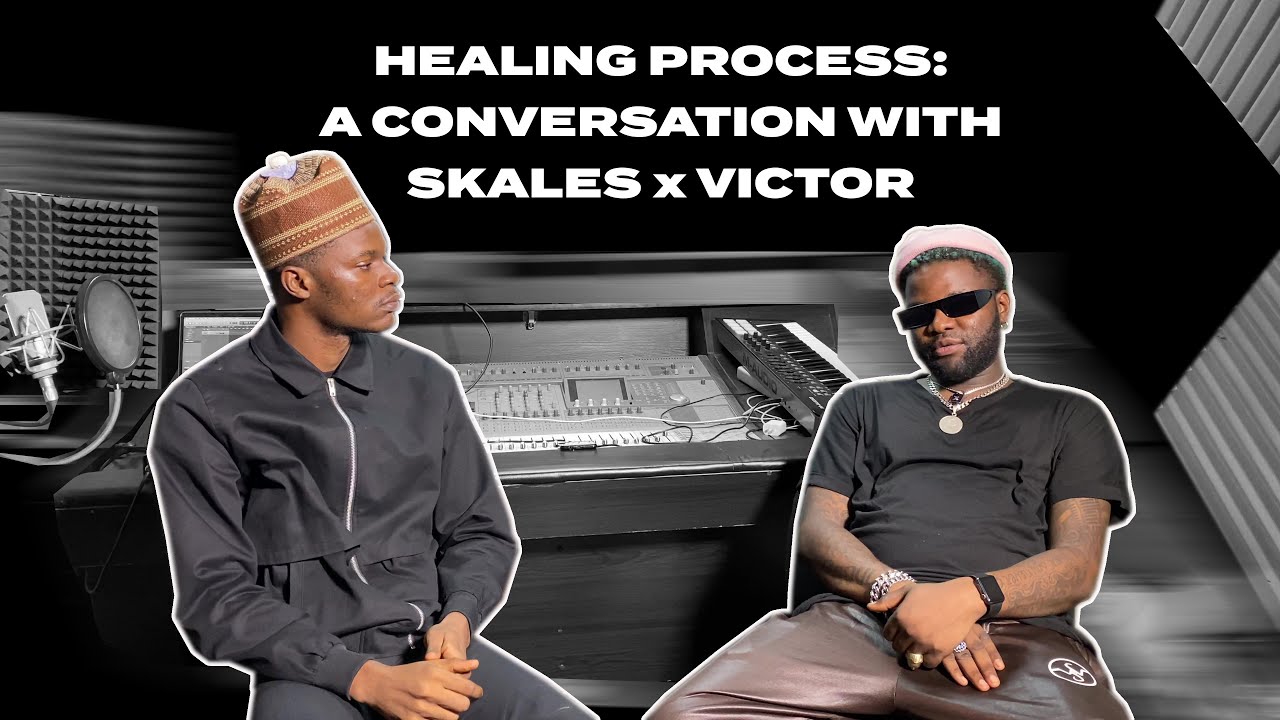 Two years ago, Nigerian artiste, Skales sat with Victor Okpala for an episode of his “Vibes with Victor” vlog to talk about his career and tenure in the music industry.

During the previous interview, Skales walked out of the because he and Victor couldn’t come to an agreement on a certain subject. This interview trended for a while on social media after it was released.

Now, as Skales prepares to release his new E.P., Healing Process, he and Victor have come together to talk about what happened, the new E.P. and much more.

During the interview, Skales opened about his experiences as a child. He talked about his mother suffering domestic violence at the hands of his father who eventually left them;

“It was really a hard time for my mum that’s why I respect my mum so much. I’ve started learning to let go of hatred from my heart, if I see my dad today obviously I’ve forgiven him already”

When asked how the experience shaped character, he said;

“It just made me want to be great”

When asked about his plans for marriage;

“I’ve come of age, I just think I need to find the right woman to settle down with,  support my dream and I’ll support her dream.”

When asked about the disagreement in the previous interview, Skales said;

“Honestly to me, how I measure success is longevity, how long you’ve been, how much you’ve impacted in other people and how many times you failed and came back”

Femi Kuti got the Best Birthday Gift from his Kids ?