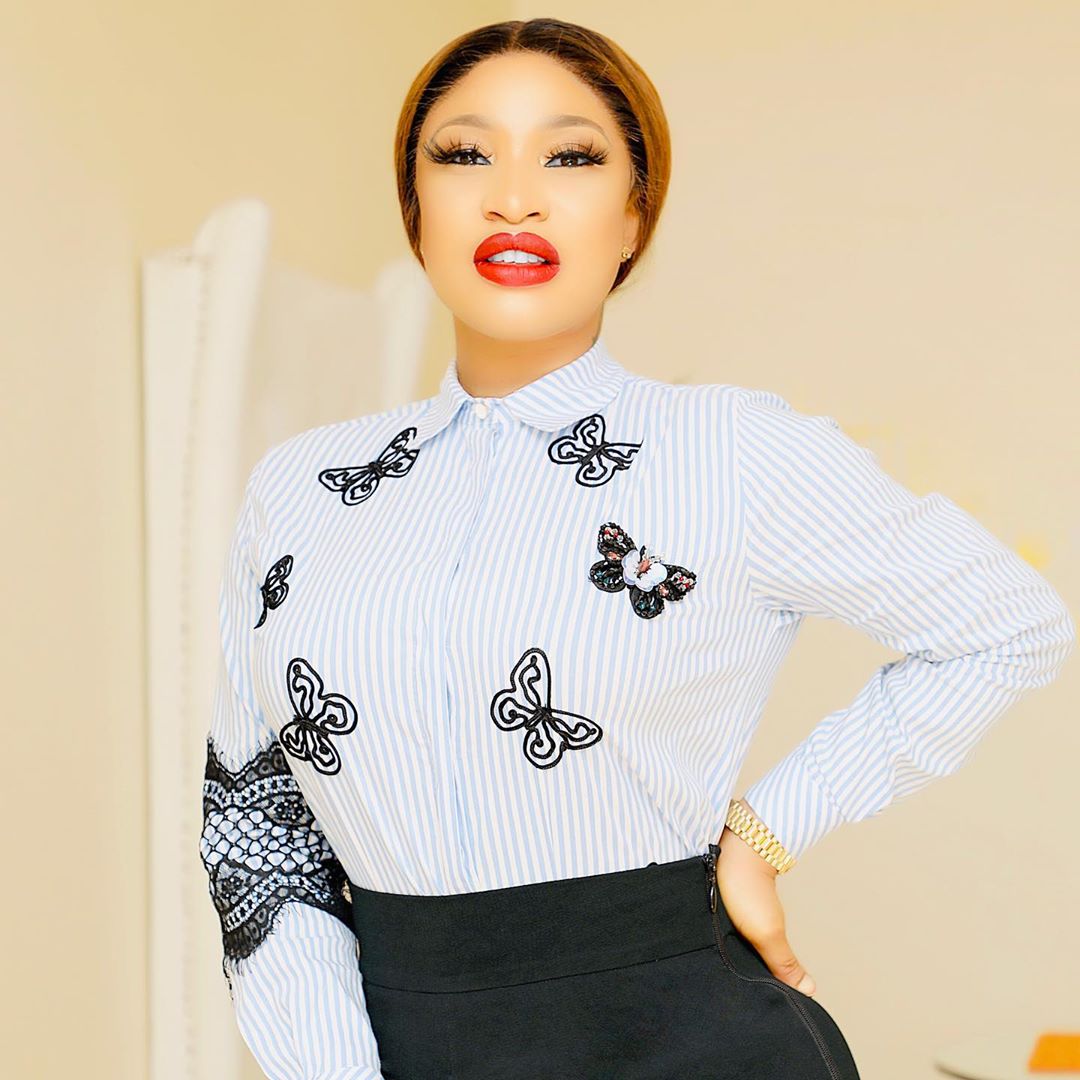 Tonto Dikeh was the latest guest on Dele Momodu‘s Insta-live interview, and she had a lot to talk about.

The actress shared how her sense of style caused an altercation in Dubai, the stereotype in Nollywood, and the importance of forgiveness, saying she has come to realize that forgiveness is not about the next person but about one’s self.

Talking about forgiveness, she said:

A man I love and respect always talked to me about forgiveness and I have come to realize that forgiveness is not about the next person.

I know that forgiveness is not about the next person but the explanation I got recently really wowed me. It says I have forgiven you not because you have to be forgiven, I have forgiven you because I do not want to put myself in a place of stagnation when it comes to growth.

Momodu then asked if she has forgiven her ex-husband, Olakunle Churchill, she replied, “Oh yes, especially him. I forgive him and wish him the best, for my son’s sake. I do. Why not?”.

Speaking on the stereotypes in Nollywood, Tonto said she has often rejected the attempt by the movie industry to get her to always play a particular role. When asked why she replied:

I was one artiste who didn’t like to be stereotyped and Nollywood has this habit. If you watch most of Uncle Pete Edochie’s film, it never changes. Only his name changes. His words never changes, his character never changes, nothing changes. Sometimes his clothes even changes but his name is the only constant thing that changes. They always give him the same role all the time and I wonder why he takes it but then again he is a veteran so I am never going to question that.

I said that to say this. Sometimes when you are good at a role, Nollywood would want to impose that role one you . They would want to give it to you until the whole wold gets tired of your talent because you are playing just one particular role.

Life Before #BBNaija: You’ll Love these 5 Photos of Nengi as a Beauty Queen