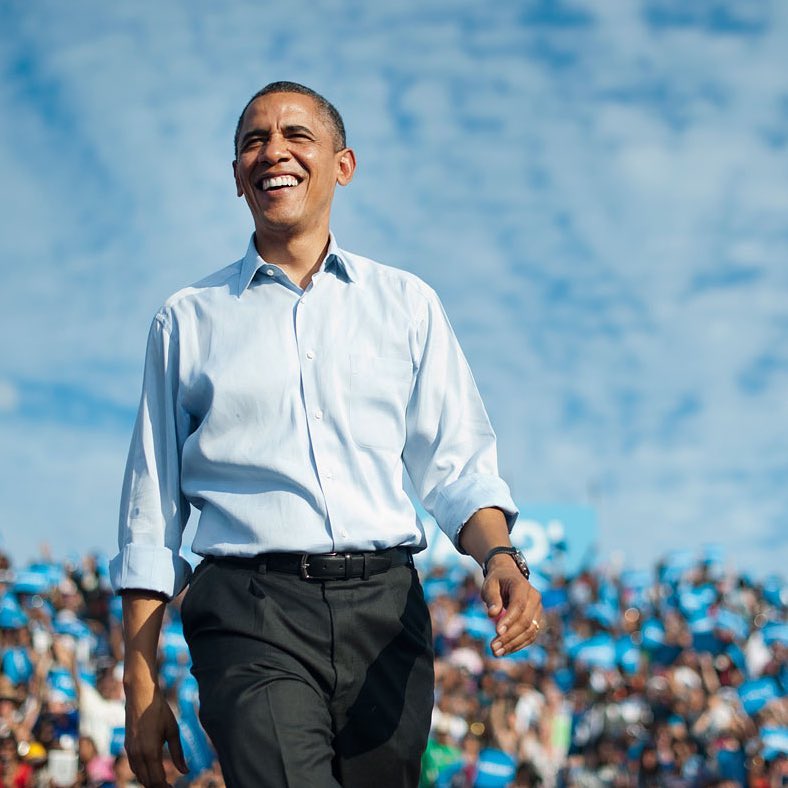 It’s no news that the Obamas have a great taste in music. Well, the former USA president, Barack Obama just shared the list of songs that’s been getting him through summer in quarantine.

He starred the artists on his playlist who will be performing at this week’s DNC, which kicks off Monday and runs through Thursday, August 20, in preparation for the November 3, 2020, presidential election.

Over the past few months, I’ve spent a lot of time listening to music with my family. I wanted to share some of my favorites from the summer –– including songs from some of the artists performing at this week’s @DemConvention.

As always, it’s a mix of genres that travels through various eras. I think there’s something in here for everybody––hope you enjoy it.

From Beyoncé, Shatta Wale, Major Lazer’s “Already”, to Jorja Smith and Burna Boy‘s “Be Honest“, Khalid, Disclosure, Davido and Tems‘ “Know Your Worth” remix, and Wizkid and H.E.R.’s joint “Smile”.

Last year, the Obamas made a summer 2019 playlist that featured Rema‘s “Iron Man”, Koffee‘s “Toast” and others. He also shared his favorite songs of 2019. 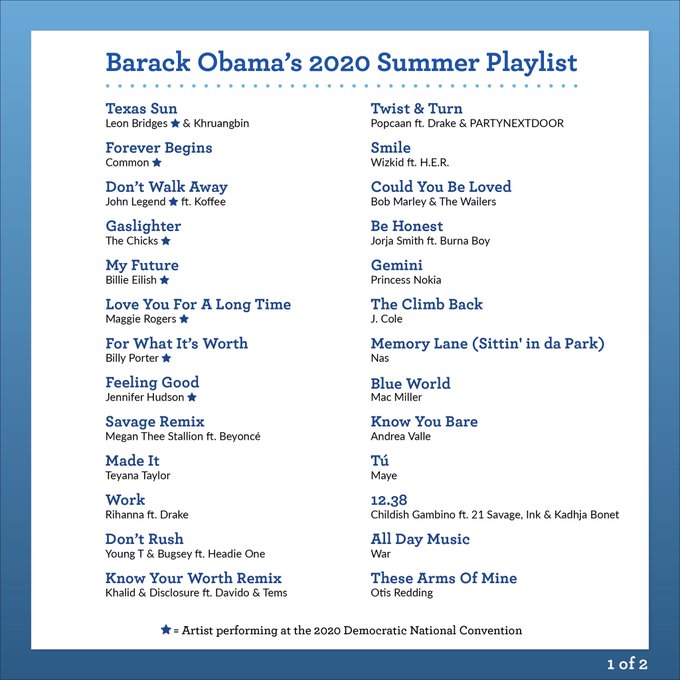 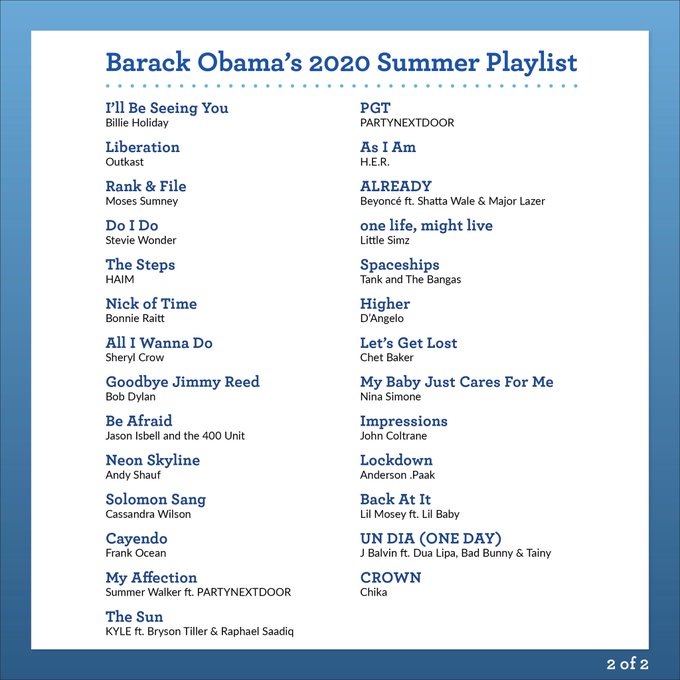