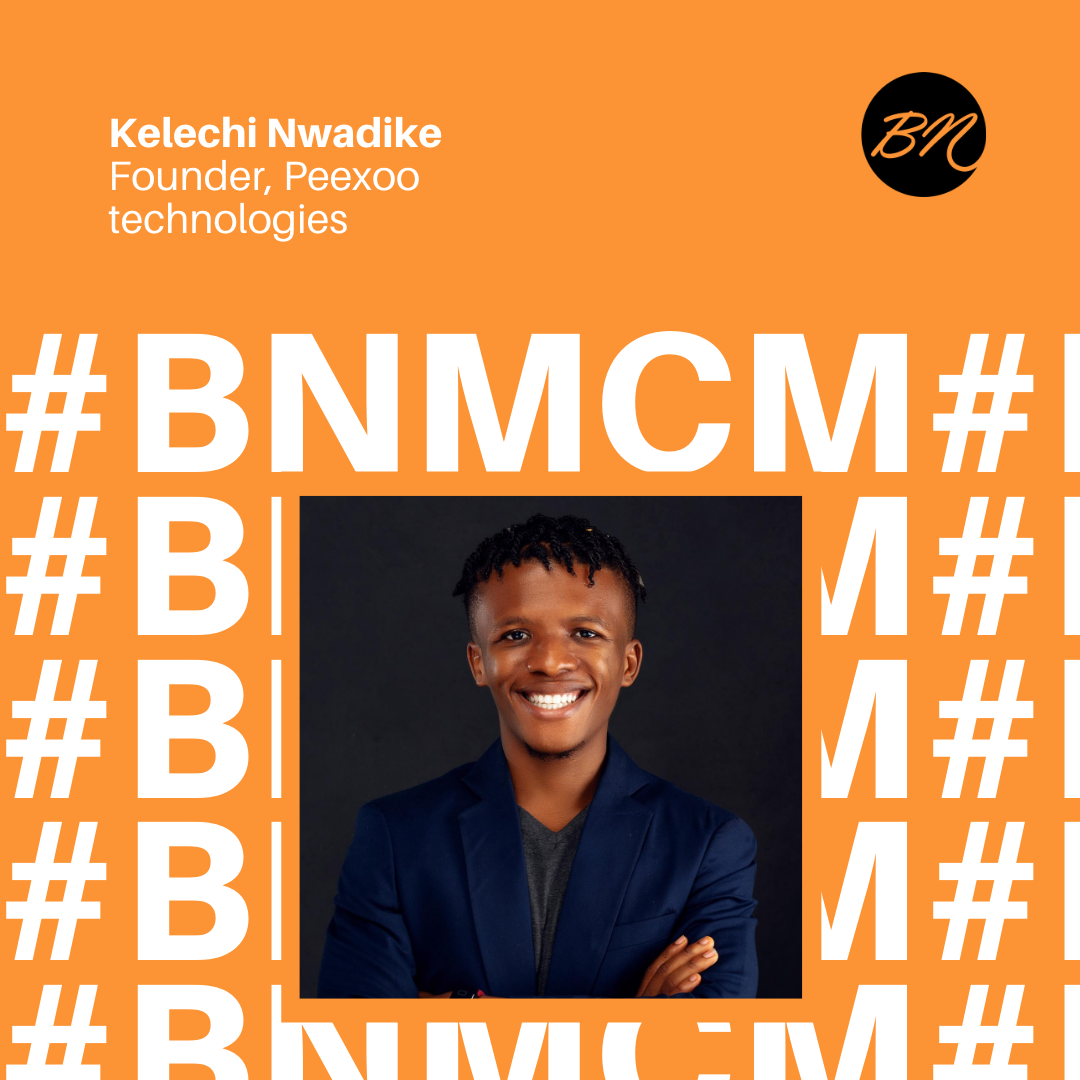 Our #BellaNaijaMCM this week is Kelechi Nwadike, a serial tech entrepreneur who is currently the founder of  Peexoo Technologies, an on-demand photography marketplace powered by Artificial Intelligence.

Kelechi studied Computer Science at the University of Benin and in the early months of his second year, he discovered his inclination to a life of entrepreneurship.

For two years, he ran a software development business in Edo state before he joined the team at Seedstars in Lagos where he was assigned the roles of a growth hacker and product developer. He later moved on to become a growth hacker for Connected Analytics (formerly MyAds global FZ LLC).

With the experience he gathered, Kelechi started Termboard, which optimised the process of academic result collation by compiling results in the Cloud for seamless access from educators. With Termboard, Kelechi won a grant from the Tony Elumelu Foundation through its Tony Elumelu Entrepreneurship Program.

Despite Termboard’s success, Kelechi still had a lingering passion for photography and empowering artists in its ecosystem. That was when he developed the idea for Peexoo, and with the combined efforts of a team of highly experienced developers and business executives, he kicked off a fast-growing platform designed to provide Africa’s numerous photographers with sustainable employment, countless growth opportunities, and ultimately, a place they can call home.

Before Peexoo, Kelechi co-founded CameraMan.ng (which later evolved to Tringoo), a platform that connects celebrants and corporate organisations to professional still and motion photographers in quick and easy steps. CameraMan.ng was one of the startups selected for CCHub’s The Next Economy Accelerator program.

Kelechi and his team started Peexoo in May 2019, and currently, they have over a thousand registered photographers and over 14,000 users. Although the Covid-19 pandemic took a heavy swing at the photography business, Kelechi and his team tried to keep the business afloat through careful research and engaging content.

Kelechi’s ultimate mission with Peexoo is to unburden photographers of the business side of photography, so that while his team manages the client, project portfolio, and everything in between, photographers can focus on executing their projects.

Kelechi is one of the young individuals inspiring entrepreneurship in Nigeria while helping other professionals in the process and we’re rooting for him.

#BNShareYourHustle: Denykishair is the Bridal Hairstyling Brand You Need to Know