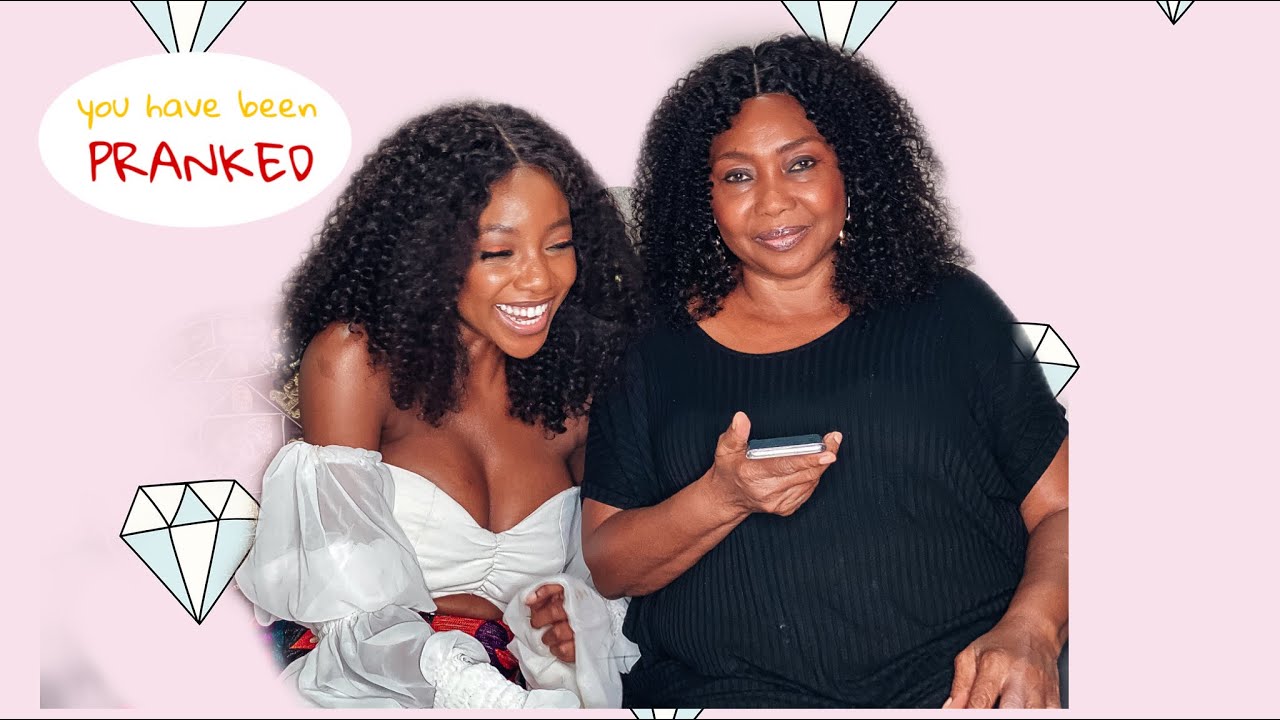 Ini Dima-Okojie is back with her new vlog on her YouTube Channel, and this time she’s playing a funny trick on her friends, and it’s so hilarious.

On this episode of “Beneath The Surface”, Ini-Dima’s mum called her friends, like Sharon Ooja, Mimi Onalaja, and asked if Ini-Dima was with any of them despite she being with her.