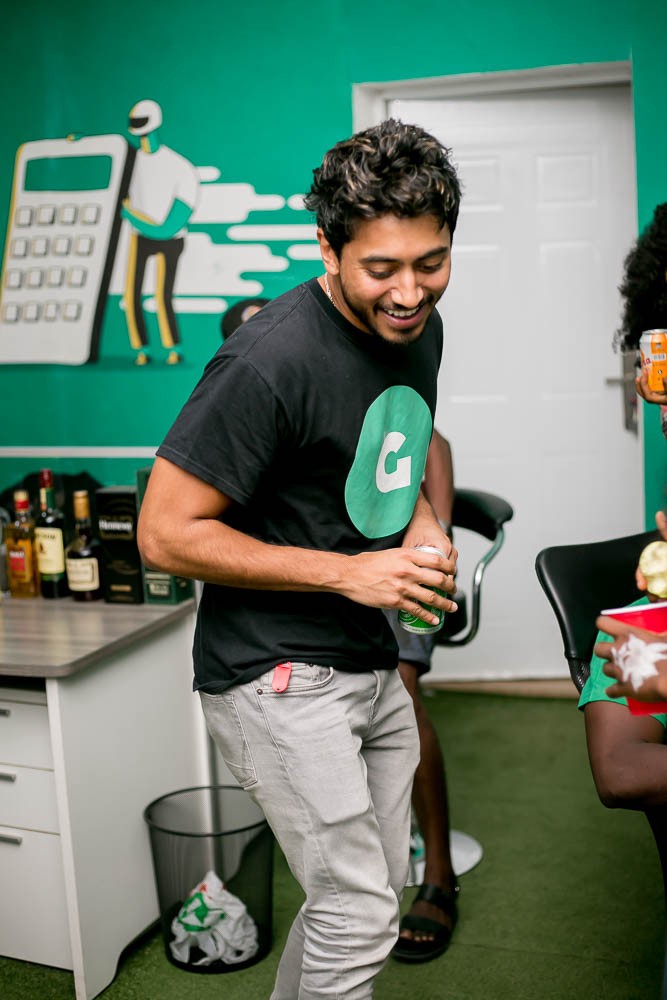 Ruby Angela Saleh, sister to late Gokada founder and CEO, Fahim Saleh, is revisiting his journey from childhood to success before his sad passing, and her reaction to hearing the horrifying news that shattered her and the hearts of many.

In July, we woke up to the tragic news that Fahim Saleh had been discovered murdered in his New York City apartment. His head and limbs had been cut from his body, allegedly by his executive assistant.

“I dropped the phone and crawled onto the wooden floor, touching its cold, hard surface with the palms of my hands. I shook my head. “No, no”, I said, my hair falling over my face,” Ruby on her reaction to the news.

“What are they saying?” I looked up at my husband. He was already crying as if he had accepted these words about my brother as truth. His crying didn’t make sense to me because this news couldn’t possibly be real,” she writes.

While we were growing up, I felt more like a mother to Fahim than a sister. When he was a toddler too wild to finish a meal, I ran after him with spoonfuls of rice and chicken. I gave him baths, I changed his diapers, and I was petrified the first time I saw his nose bleed.

Thirty years later, I was learning that Fahim’s head and limbs had been discarded in a trash bag. Someone had cut my brother’s body into pieces and tossed the pieces into a garbage bag, as if his life, his body, his existence had had no meaning or value.

The man on the line said that due to COVID, I would have to identify my brother’s body via a photo he would send to me. His message popped up within minutes. I immediately felt nauseated. “It’s here,” I said.

My sister, cousin, and I held hands and said a prayer before opening the attachment. And there it was: a photo of my beautiful brother, lifeless. 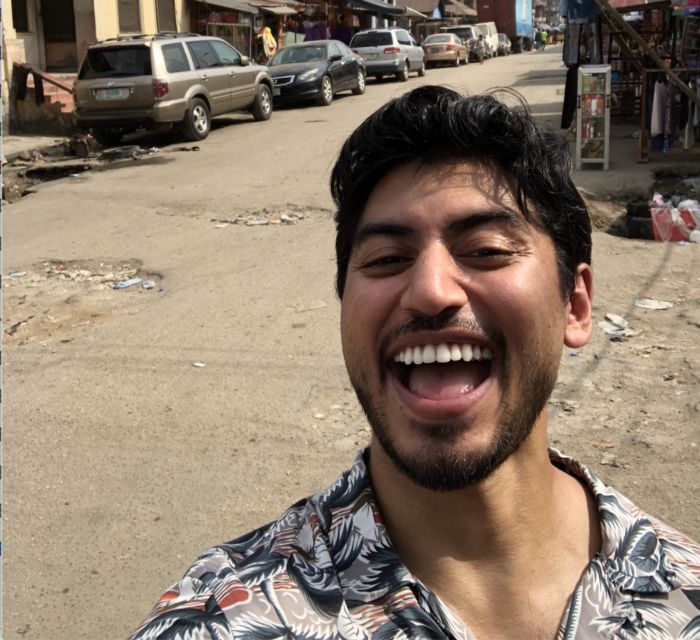 Saleh recounting how the family moved from Bangladesh to Saudi Arabia and settling in Louisiana, USA. She writes that her family struggled financially but her brother’s brilliance, endless creativity, curiosity and entrepreneurial spirit were on display even from an early age.

Fahim’s passion was technology and his brilliance was his endless creativity and curiosity. When he discovered the Internet, he finally had a way to channel his God-given gifts. He was 12 when he built his first website, “The Saleh Family”. I wish I could remember the exact description he wrote next to my photo, but it was something to the effect of, “This is my big sis. She’s cool but I don’t like when she steals the remote from me.”

Fahim quickly discovered that he could make money on the Internet by creating websites. He monetized his first website in 1999, when he was 13 years old. By then, my parents had moved from Louisiana to Rochester, New York, and I was in college less than two hours away. The site was called Monkeydoo: jokes, pranks, fake poop, fart spray and more for teenagers. Our father worried when the first $500 check arrived in the mail from Google, addressed to Fahim Saleh. How is this boy making $500? That is so much money, he would later tell me he had thought.

Our father’s relationship with my brother was very special. They were so different: Our father worried too much, while Fahim never worried. Fahim was the only one who could placate him. He showed our father the website and explained the programming languages he had used to build it. Because our father was a programmer himself, books about computer programming filled the shelves of our house. Fahim had used those books to teach himself. “Teenagers are visiting the site, Dad,” he said, “and I’m monetizing their visits with ads from Google.”

Though he understood programming languages, our father knew nothing of the Internet. But Fahim convinced him that there was nothing to worry about. Then he asked for permission to open a bank account in his own name, because he knew he would continue to receive paychecks. Our dad worried about giving a 13-year-old his own bank account. But as always, Fahim convinced him that everything would be ok. 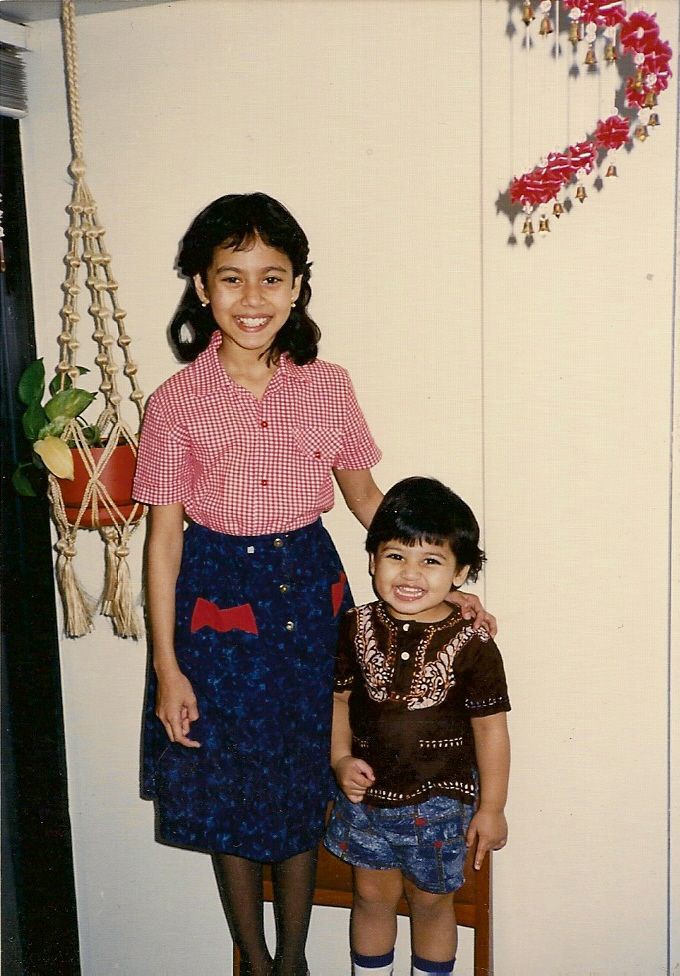 Before her brother’s funeral, Ruby Saleh says she was told his limbs could not be reattached, but she pleaded with the funeral director to try.

“Upon receiving that news, I closed my eyes and crossed my arms over my chest like a Pharaoh, squeezing my phone against my body. My hands formed fists that I pushed into my heart with all my strength to contain my pain. Then I pleaded with the man to make sure all of my sweet brother’s body parts were in their proper places in the casket.”

“The day before the funeral, the man called me again. ‘It wasn’t easy, but we were able to put him back together,’ he said.” 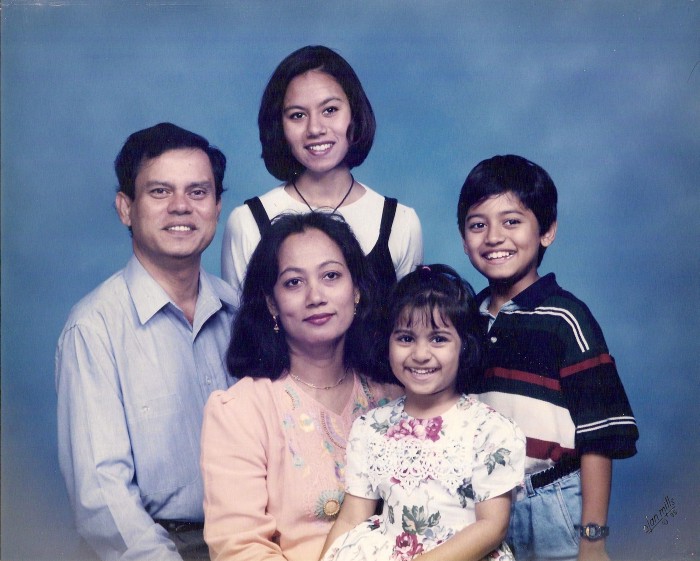 The funeral was an emotional day for Ruby and the family.

The morning of the funeral, I laid restless and limp in my sister’s bed at 3 a.m. listening to my parents sob together in Fahim’s room, with the checkered bed sheets and our childhood photos on the wall, their conversation too muffled behind the wall to understand.

The day turned very hot. A panoramic view of the grounds would have revealed us on green grass, surrounded by statuesque trees whose leaves swayed in the breeze. My family and I looked at our sweet boy’s face in the casket. He seemed to be sleeping peacefully. His body was covered in a white sheet, ice packs placed on his torso, his beautiful eyelashes long and lustrous against his skin. His hair was matted down, not spiked like usual, its blond tips glistening under the hot sun.

Our father approached the casket and began to speak to Fahim in the affectionate voice with which he often addressed him. “Fahim Saleh, didn’t I tell you not to dye your hair? Didn’t I tell you?” he said before he began to sob. Our mother kept repeating, “Ok, you sleep now, baby boy. You get some rest. You sleep now.”

Read the full tribute on Medium.