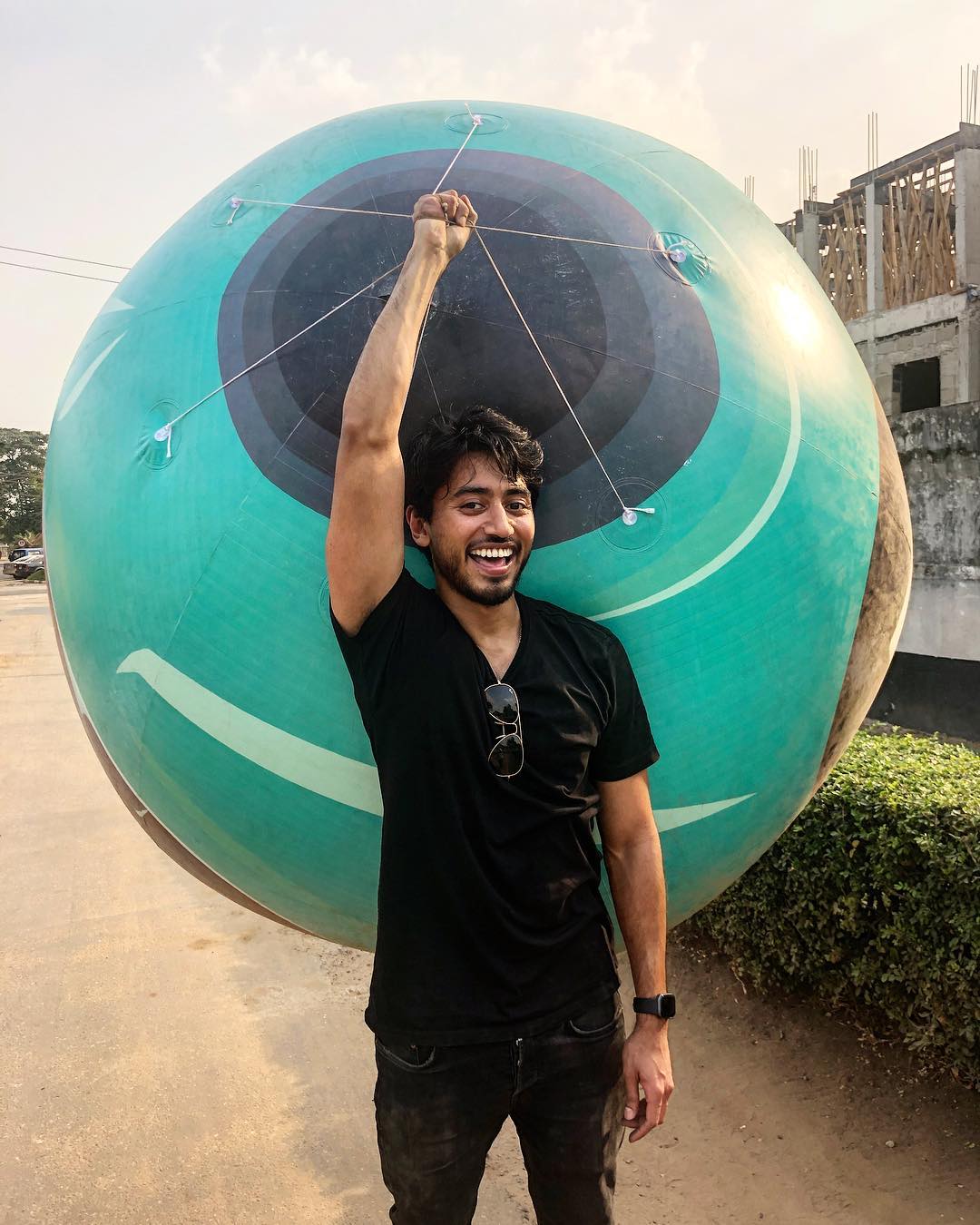 We woke up to the tragic news on Wednesday that Gokada founder and CEO Fahim Saleh had been discovered murdered in his New York condo.

The details are gory, which makes the news of his passing especially painful. People who have followed the 33-year-old’s work and have been inspired by him have taken to social media to ask the unanswerable question: why Fahim?

He’s been an inspiration to so many. That’s why, today, we’re honouring him with 5 great things about him that’ll keep him in our thoughts.

As respects continue to pour in following his passing, a consistent thread in all of it is his incredible kindness. To friends, employees, strangers—everyone!

A brief scroll through his Instagram will reveal this, take a look at this snap of Children’s Day at Gokada, for instance:

Children’s day at @gokadang. I don’t know how to hold babies.

Or Twitter user @billachusim’s story about how Fahim came to invest in his app “Dear Claire.”

I'm beyond devastated by the news of the devilish murder of Fahim Saleh.

This young angel found my app "Dear Claire" on Instagram and invested in it without even knowing my surname.

Or this post about believing in an investee’s work, and being dedicated to keeping his dream going.

I invested in Masha's company the same time as I invested in Pathao in 2014. While Pathao showed hockey stick growth, Masha's gaming company teetered along. But I and fellow investors always believed in his authenticity and hard work. We kept his dream going. In 2019 it has certainly paid off. Two top 10 games generating huge revenue. Congrats @mashamustakim !!

Or this one of him hanging out with the Gokada family

Writing about his journey through entrepreneurship, it’s always evident how brave Fahim was. His first company, for instance, was founded when he was only in high school.

He encourages people every time to take a chance, “do crazy s**t,” and see what’ll come out of it.

Do crazy shit. It may end up being the #1 motorcycle ride sharing company in Nigeria. #gokadaoneyear @gokadang (not here because @vinnygoks had to get married sheeeeesh. @k13kyle repping tho.)

His openness to sharing knowledge

Fahim has never been one to keep all he’s learned to himself. On his Medium he writes about his journey, sharing all the lessons he’s learned in different areas of entrepreneurship and running a business.

Here he writes about what he learned entering a market he knew nothing about, and here he shares 4 success strategies that have helped him since he was 16.

He was so fun

On his social media you’ll see how much of a fun, open personality he was. His captions were always warm and fun, always so positive. Among friends, alone, or among employees, it was always the same, with him goofing off in photos.

When @elonmusk sells something, you don’t ask questions. #flamethrower

He was so passionate (and committed to excellence)

Fahim stayed so passionate about his work, about growth, about innovation.

After the Lagos State government banned okadas on its roads, he shared an impassioned video, explaining all the steps Gokada had taken to ensure the safety of its drivers and riders.

He was always, always committed to the work.

Forgive any typos, I’m on my laptop.. while riding a bike taxi.. in Nigeria. @gokadang

We’re so sad to see him go, and commiserate with his family and loved ones. He was a great man.