The past few years have witnessed people coming out to share their experiences with the Nigerian Police unit, SARS on social media, and over the past few weeks, these voices have been amplified. This time, it’s Kenyan producer and member of the popular Music Band, Sauti Sol, Savara Mudigi. 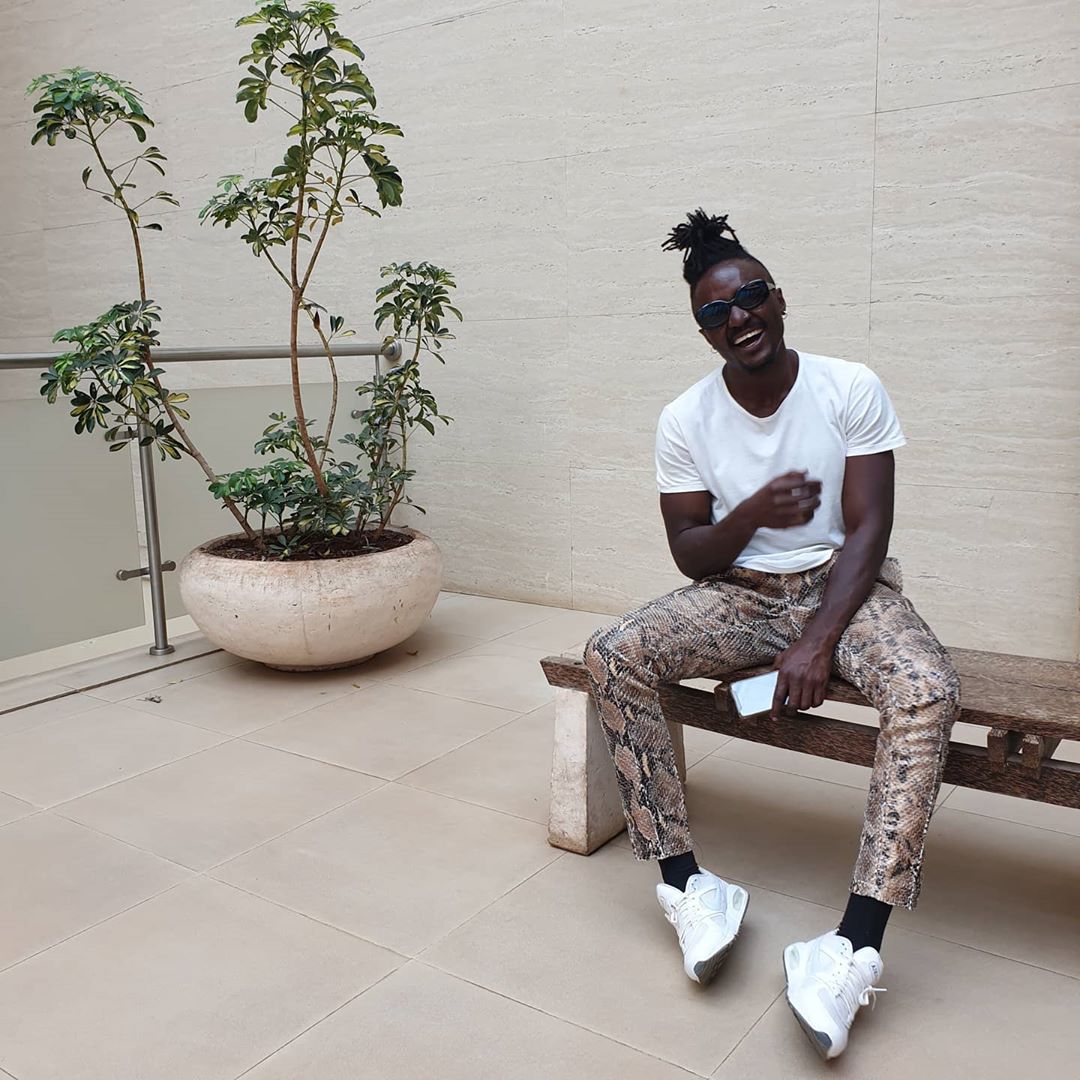 Lending his voice to the unanimous call for an end to Police brutality and the #EndSARS protests which have spread to many countries around the world, Savara shared his personal experience on his Instagram page, stating that he felt like a terrorist and feared greatly for his life.

Many of you might not know this but I have had a personal experience with SARS. I had traveled to Lagos to shoot the video for Suzanna. After the shoot, I decided to listen to some Bangers in the club. BIG MISTAKE. On the way to the club, our vehicle was stopped by SARS. They forced us out of the cars and told us to lie on the ground. Being foreigners MZWA and I heavily prayed for our lives. All I heard was the sound of guns being cocked. I don’t know where I would be if it wasn’t for the few dollars I had in my pocket. That’s one of my worst experiences with authority. I felt like a terrorist. Sad to see my blood turning against each other. I genuinely pray for all Nigerian youth who go through this every day. #endsars 🇳🇬🇰🇪 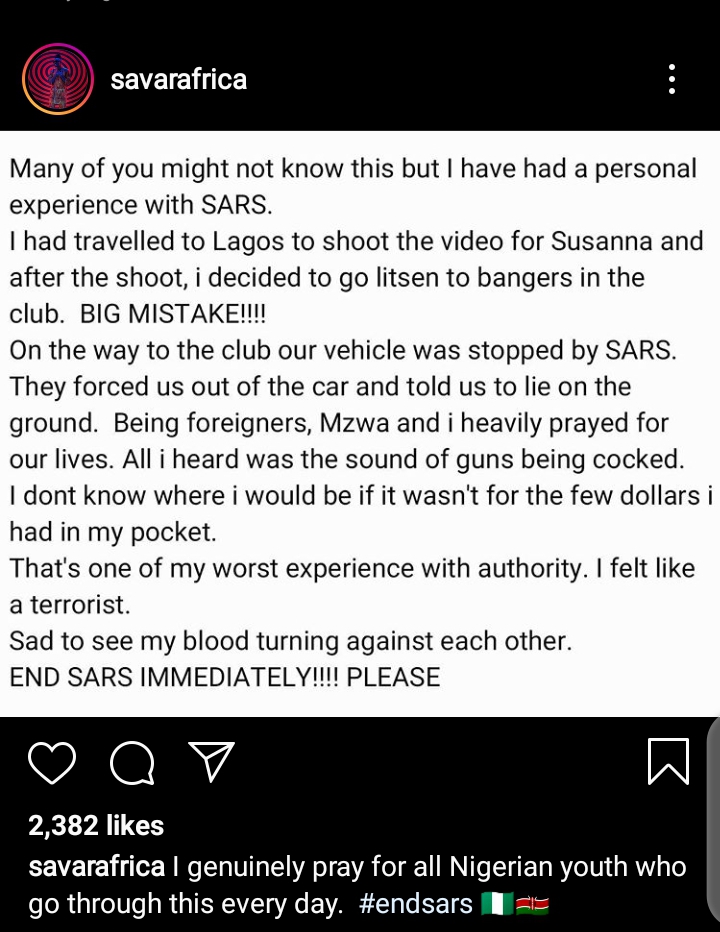