The Making of a CSR Masterstroke: FirstBank's effort to move 1 Million Children to E-Learning 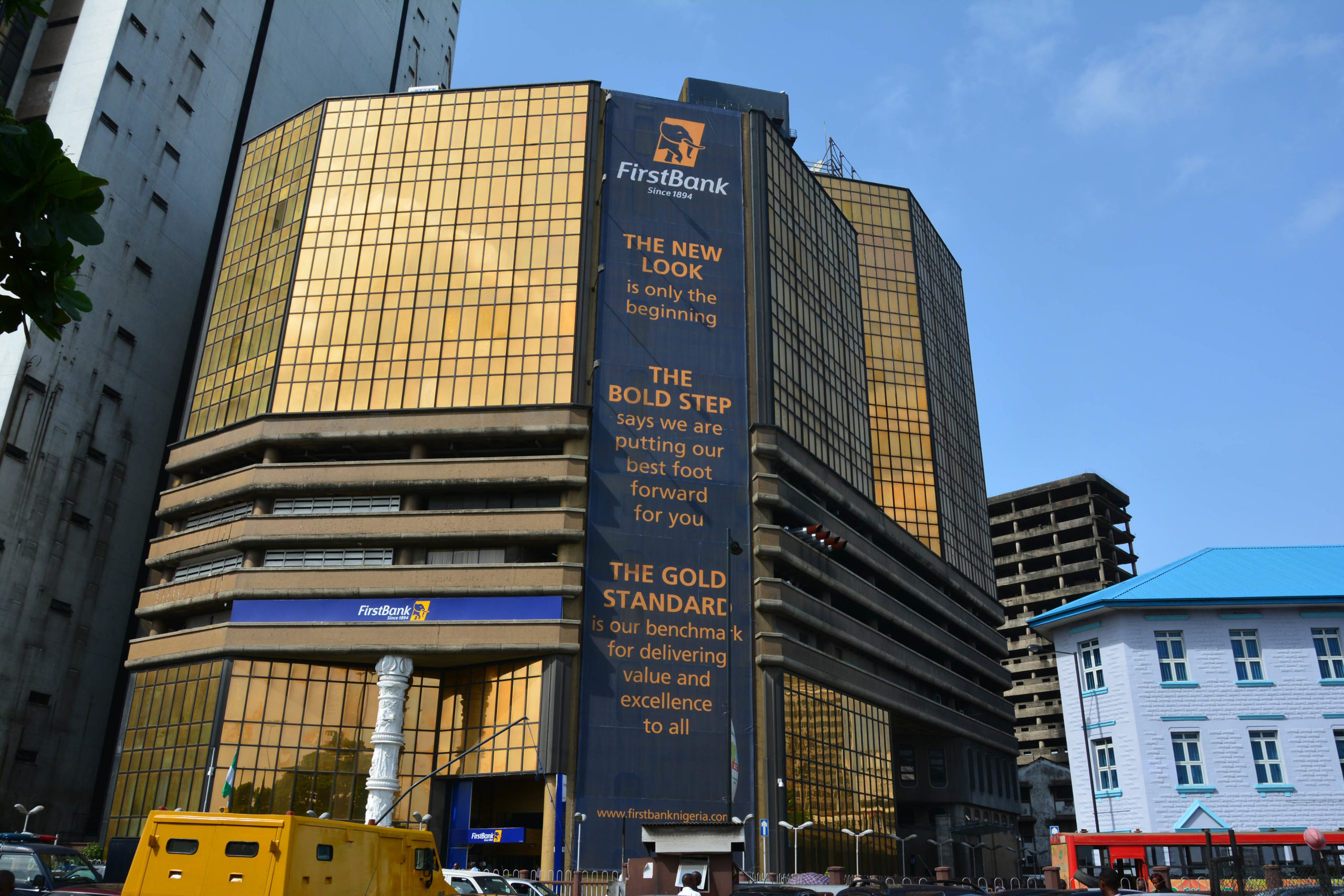 The rabbit hole of uncertainty, confusion, and fear that pupils and their parents fell into in the dying days of March when the country was in lockdown was best captured in a Saturday Sun feature of May 16, titled, “COVID-19: Troubles of e-Learning.”

The story catalogs the challenges that erupted out of the disruption caused by the coronavirus pandemic, the fears, and frustrations brewed by the new abnormality foisted on the world, the pessimism that pervaded the globe from developed to underdeveloped countries, and the possibilities that blew up in the aftermath in the education stratosphere.

With the new order of social distancing, self-isolation, government-enforced quarantine, and the ubiquitous lockdown, the prospect of indefinite stay at home until at least an elusive vaccine is found, loomed. This precipitated distress as never seen before in the education space.
Yet, a panacea was at hand: Digital learning, though hitherto given scant attention. But crossing into that nirvana was an uphill task, especially, in this part of the world. Why: The existence of a huge digital deficit both in infrastructure and the requisite skill.
The dilemma confronting parents, pupils, and tutors are multi-dimensional as illustrated by these three vignettes from the story:

The absence of curative or prophylactic breakthrough against the virus meant that academic activities would remain in limbo, while pupils and their parents are faced with the undaunted possibility of a long spell at home. The prospect of a long lull of academic inactivity struck a palpable fear that fueled the scramble unto digital learning platforms as educationists and institutions across the country experimented with remote learning, albeit on a trial-and-error basis. The efforts were at best tangled; the process muddled; the result ineffective. Even, for students of tertiary institutions, the online class was too many a Lala-land.
With the option inevitably narrowed down to digital learning, a Catch-22 situation evolved. Who’s going to make it happen? How? When?

Eventually, the first foot forward––and indeed the best one––came and it was from First Bank Nigeria Limited.
The bank, a leading financial inclusion services provider, announced its intention to roll out an innovative e-learning initiative on the heels of its philanthropic contribution of the sum of one billion Naira to the Coalition Against COVID-19 (CACOVID), a private-sector task force that partners the Federal Government, the Nigeria Centre for Disease Control (NCDC) and the World Health Organisation (WHO) to combat the coronavirus in Nigeria.

In the months to come, the bank’s effort would resonate forcefully in the education space. The reason for this was not farfetched. Since responsiveness remains a cornerstone of Corporate Social Responsibility, when it is timely, it becomes a major coup. The severity of the pandemic required “uncomfortable, transformative responsiveness,” not the usual CSR response where organizations choose and design responsiveness on their own terms, described by Wayne Visser in Evolution and Revolution of Corporate Social Responsibility, as “when giving is easy and cheque-writing does nothing to upset their commercial applecart.”

Taking on the e-learning challenge head-on was a self-assigned project for which the bank was not under any compulsion to undertake. That it volunteered to tackle the challenge is an indication of the largeness of its CSR aorta.
Suffice to say that a handful of digital learning initiatives exist before the advent of the Covid-19 lockdown; the First Bank effort, however, resonates louder because it has a measurable stated goal: Moving one million pupils into an e-learning platform.

A response apt and adequate

Lagos State’s prompt response to the pandemic included the immediate shutdown of schools. By Wednesday, March 25th, 2020 (four days before Lagos State went into total lockdown on the order of the President), the First Bank initiative was rolled out, and it inalienably took the optics of “the” response to the glitch caused to the education system by the coronavirus pandemic.

First Bank went into collaboration with Lagos State Government and an indigenous mobile learning platform, Robert and John Limited, whose trademark Roducate e-solution, a comprehensive curriculum-based education, is a cornucopia for a broad spectrum of students.
Having powered similar projects in the past, Robert and John was an obvious best in the e-learning business, a fact reinforced by First Bank CEO, Adesola Adeduntan: “In searching for the best fit solution, several options were considered by educators and teachers from the state and First Bank over the last couple of weeks before adjudging Roducate the offering from Robert and John, an innovative technology firm, to be the best of all reviewed.”

Is Roducate the Rosette stone of online learning? The facts were in its favor. Its claim of being the “most comprehensive e-learning platform in Nigeria and indeed Africa” is justified on its curriculum-based education for primary, secondary, and tertiary students. Moreover; it has been active in the e-learning space as far back as 2014 and has perfected the mechanics of effective digital learning, winning endorsements along the way from NUC, NERDC, JAMB, and Lagos State Ministry of Education.
And by tweaking its blueprint, it came up with an e-learning mother lode–lecture notes, assignments, mock exams, videos, podcasts, and educational games––a rich vein of contents for primary, secondary, and tertiary institutions, structured in consonance with the government-accredited curriculum. From the interactive tutorial videos to the innovative feature that enables the learner to take notes for quick reference, it was a whole new experience and an enjoyable learning process.

Suffice to reiterate that the First Bank/LASG Roducate is not the first of its kind; before it, there was Glo Mobile Tutor (since 2014) and UBA Learn (unveiled in 2018) amongst others. However, certain factors gave it an edge.

The CSR takeaways from the initiative are writ large in what makes it different from others––in other words, its comparative advantages.
On the first count, the effort surfaced at a time of need, a time when there was an urgent need to close the gap caused by the disruption in children’s education due to school closure following the Covid-19 lockdown. In one fell swoop, a solution materialized that provided succor for all, from kindergartens kids to grad-year students of tertiary institutions.
Secondly, while it is indeed a rolling scheme, it nevertheless came with a specific number goal of one million pupils to be empowered with digital learning; this calibrated objective makes the intervention easy to evaluate, compared to other similar initiatives.
Thirdly, the biggest boon: subscription-free.
Consider what this means to parents such as the one cited in Sun story who had to shell out approximately N6, 000 for his daughter to access the needed resources. With the First Bank initiative, students simply get on the platform by registering free here.

And then the masterstroke: the enhanced offline feature of the initiative. It means students can study offline without having to bear the burden of buying data. What’s more, First Bank gave further impetus by providing 20, 000 devices that came preloaded with the curriculum.
Elaborating on the low-end devices preloaded with Roducate offline content, Adeduntan disclosed that “the phones have SIMs and limited data tied, only, to the Roducate learning product.”

Kayode Abayomi, the spokesperson for Lagos State Ministry of Education, further hit the nail on the head.
“The devices are efficient and fit for purposes for all students especially indigent students given the fact that data consumption of most e-learning solutions has been a major stumbling block for the majority of students and teachers alike,” he said.
Its fourth edge is from its collaborative nature. One of First Bank’s collaborators on the project is a partner with leverage in the education space: the Lagos State Government. That made a big difference, as it gave the initiative authority and legitimacy that immediately gained traction.
In return, the initiative was well-appreciated by Lagos State Governor Sanwo-Olu: “It is not out of place that we are witnessing more infusion of technology in learning and this intervention by First Bank could not have come at a better time.”

Lastly, the First Bank e-learning project took care of both the short-term and long-term interests of Nigeria in the digital race. Beyond the exigency of the moment, which was to get the children into learning mode, the intervention took on the imperative of helping young Nigerians develop relevant skills in emerging technologies, thereby enhancing their competitiveness in the interconnected world of today.
How? Via two other initiatives, both partnerships with IBM (that schooled youths in coding Artificial Intelligence, cloud, internet of things, blockchain, data science, analytics, and cybersecurity) and Curious Learning (which offers academic content for pre-learning and early-stage children aged 3-8 through self-guided learning apps). These two threw open the door of digital technology and made available for free the opportunities to transform them into tech geeks.

For organizations with a sense of CSR, Covid-19 was an opportunity that was too good to miss. Where and how they responded depend on their preexisting corporate responsibility culture, their focus, the heft of their commitment.
Adeduntan said of the First Bank initiative: “We are warmed by the fact that different organizations have risen to the various challenges and are supporting in areas such as health and welfare, and we feel the peculiar needs of our children and youth must not be left out and have therefore elected to focus on contributing to solving the current education challenge.”
He said further: “It is a responsible approach to empower them, given that they are our future and the foundation to build our country to greatness. By partnering with this, we are solving a problem for families and our future.”

In September, schools re-opened, and education activity, deflated for months, gradually regains shape and gathers momentum. The number of students enrolled on the platform has increased significantly. The big question: is it going to be one of those projects that got abandoned after the ovation died down? Or is it likely to be sustained?
The cue is in the stated goal of the initiative. FirstBank has placed on itself the onus to continue to build on the effort and to give the needed impetus that will accelerate the achievement of the set goal of 1,000, 000 registered children in record time. It is expected that FirstBank will sustain the race to the finishing line.