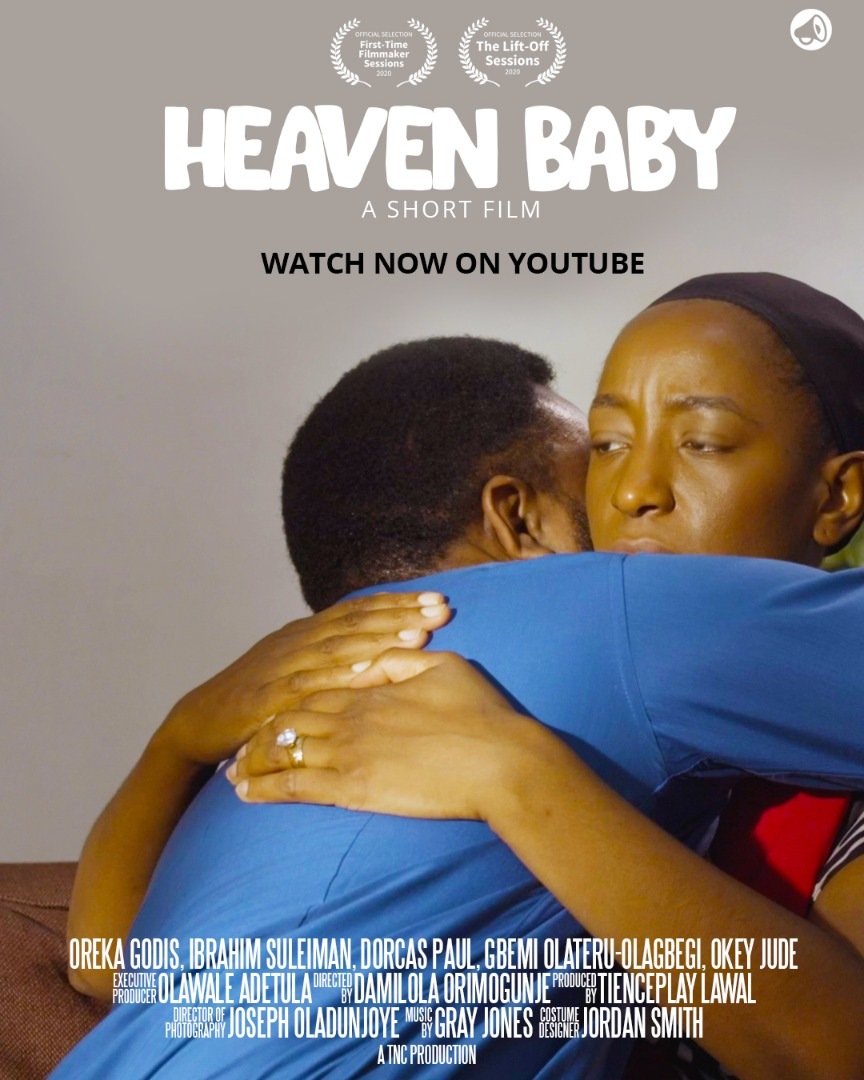 The fragile bond between a young married couple is tested when Mohini, who secretly got a contraceptive implant after her wedding, has to choose between a thriving career she painstakingly built over several years and having a baby – the only thing her husband, Jaiyeola, has ever wanted more than marrying her.

This is the plot of Heaven Baby, the short film released by The Naked Convos on Thursday, October 8th ahead of this year’s International Day of the Girl Child.

The film, which stars Oreka Godis, Ibrahim Suleiman, Dorcas Paul, Gbemi Olateru-Olagbegi and Jude Okey is another milestone for The Naked Convos (popularly known as TNC), which has transformed from a choice destination for young Nigerians to share their thoughts and opinions using articles and short stories to full-fledged content production and distribution company.

According to Olawale Adetula, CEO of TNC and executive producer of the film, “we set out to produce a film that would highlight the choices Nigerian women feel they need to make to balance their careers and personal lives because we felt there weren’t enough people talking about this. At TNC, our goal is to tell original African stories and while researching story ideas, it became very obvious that many women in this part of the world aren’t brought up to know that they can have the best of both worlds – family and career.”

At just over seventeen minutes, the film packs a punch and delivers the quality fans have come to associate with productions from The Naked Convos.

Go Behind The Scenes of Yemi Alade’s “True Love” Video