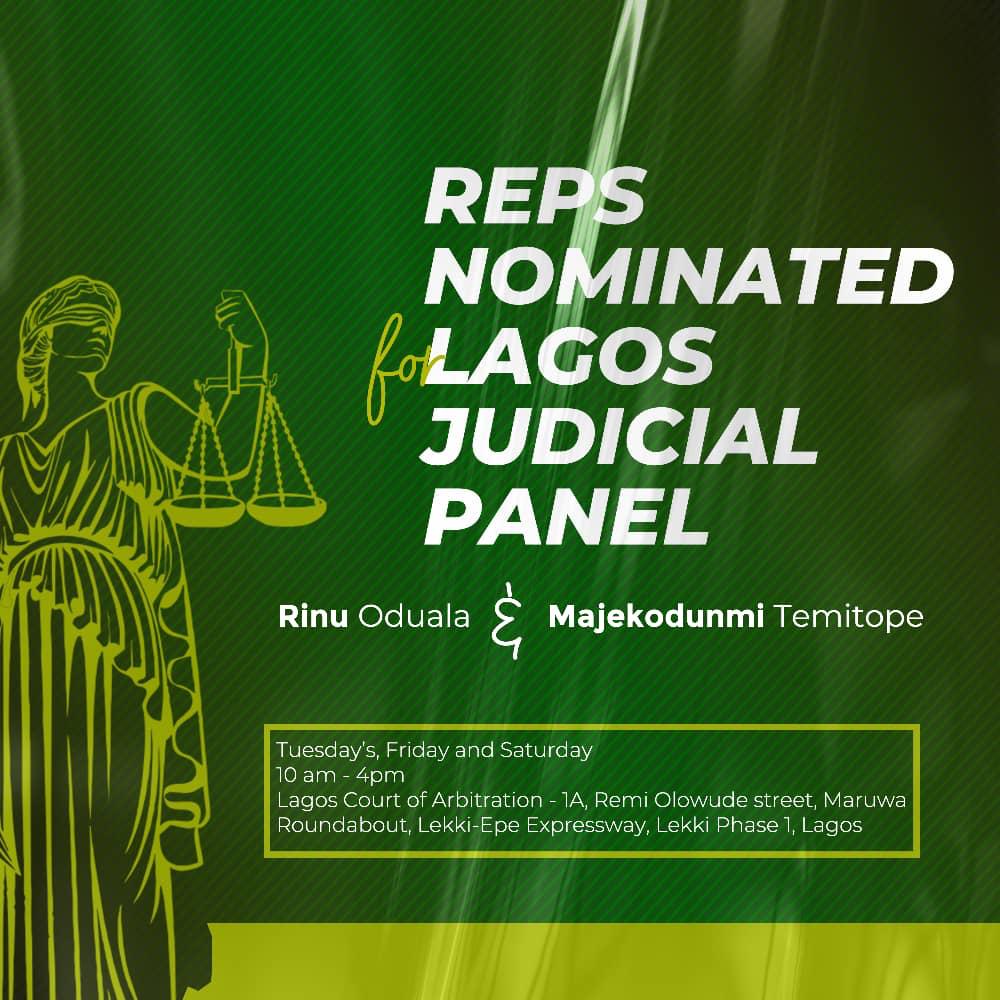 Following acts of violence, looting, razing and vandalisation of properties, companies and organizations, and for the sake of the wellbeing of everyone adversely affected by this, the Coalition of Protest Groups announced the deprioritization of bodily protests, for now.

Its objectives in the next couple of days will include, clean up, offline community engagement, and the nomination of leaders to represent protesters. The group announced Rinu Oduala and Majekodunmi Temitope as the nominated leaders for the Lagos State Judicial Panel. They’ll track actions of the government, negotiate, represent the demands of the Youths and provide feedback regularly.

“After consultations and general voting across groups, Rinu Oduala and Majekodunmi Temitope Oluwaseun were chosen to be the first representatives of The Coalition at the Lagos State Judicial Panel of Inquiry and Restitution set up by the Lagos State Government to look into the grievances of victims of SARS related abuses and the Lekki Toll Gate shooting”, the statement on its website says.

Rinu Oduala, a brand strategist and a passionate advocate for social justice. She has been one of those at the forefront of the #ENDSARS protest. Majekodunmi Temitope Oluwaseun, an administrator and transformational leader. He is also an activist and has been an advocate for ending police brutality in Nigeria.

Among other duties, Panel Representatives are tasked with listening to the submissions of survivors, interrogating the accused personnel, determining the veracity of all claims, recommending punishments for the guilty and appropriate compensation for the victims.

Sittings will take place on Tuesdays, Fridays and Saturdays from 10am to 4pm at the Lagos Court of Arbitration – 1A, Remi Olowude Street, Maruwa Roundabout, Lekki – Epe Expressway, Lekki Phase 1, Lagos.

We hereby invite everyone who has been impacted, or been a victim of harassment, extortion or brutalization by members of the Nigerian Police Force SARS unit, and the Lekki Toll Gate shooting to take advantage of this opportunity for justice.