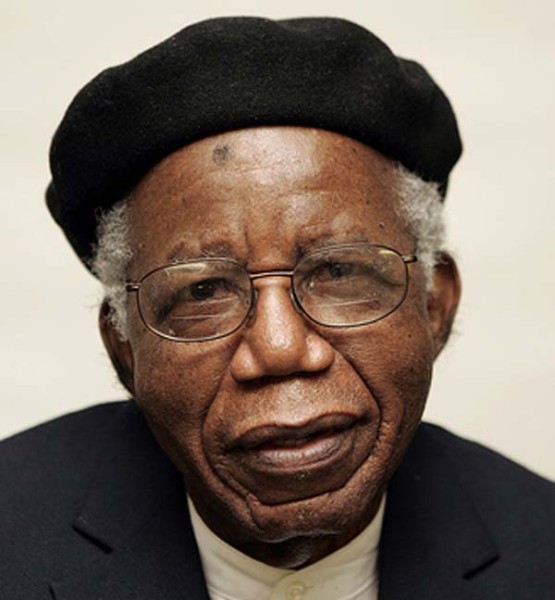 “Being a Nigerian is abysmally frustrating and unbelievably exciting!”

I was born in one of the suburbs of Lagos State, Nigeria. In the living room of our then two-room apartment was a huge cabinet of books, neatly arranged with titles ranging from literature, economics, politics, and so on. My father worked at the West African Examination Council (WAEC) at the time so it came as no surprise that half the property we owned as a family were books. I watched Chinua Achebe before I actually began to read his books. At age 6, I saw how his classic, Things Fall Apart, was adapted for television and so I went to read the novel for myself.

Pete Edochie was born for the role of Okonkwo, Ebube Dike, as he was fondly called by Achebe was metaphorical. A man who fell from grace and eventually lost his position in the clan. It’s interesting how a story published in 1958 suddenly appears very familiar in 2020. When Africa’s greatest storyteller asserted that “the art of conversation is regarded very highly and proverbs are the palm oil with which words are eaten,” he couldn’t have been more apposite.

“That boy calls you father, do not bear a hand in his death…”

Ogbuefi Ezeudu’s passionate appeal to Okonkwo fell on deaf ears, Okonkwo went ahead to kill Ikemefuna who had grown under his tutelage and had considered him a second father. Achebe put it this way, “Dazed with fear, Okonkwo drew his machete and cut him down. He was afraid of being thought weak.” That was the beginning of his downfall which ended in the most ignoble of ways.

Today, Ikemefuna is still being harassed and cut down by Okonkwo who he has so much regard for. Ikemefuna isn’t asking for too much, he only asks to live. The laws of the land guarantee his fundamental right to life, which is also recognized globally. Okonkwo thought that sparing the life of Ikemefuna would make him look like a coward but in hindsight, we see how killing Ikemefuna was what really made him a coward. Restraint is the new ‘powerful’, not brute force. The reason why all the ‘Ikemefunas’ are now making their voices heard is simply because their lives are no longer at ease.

“Those whose palm kernels were cracked for them by a benevolent spirit should not forget to be humble.”

Don’t be one of those who use a bridge to cross the river only to turn around and cry about how the bridge is now a threat to our collective existence. If it was good for you then, it shouldn’t now be considered evil when others use it. We don’t get the luxury of deciding whether a bridge is good or not after it has served our own purpose. At best, we can share the experiences from walking across it with those who seek to get to where we’ve gotten, and advise them on how to be cautious and how to watch their steps. Our Chi frowns at throwing away the baby with the bathwater.

“When suffering knocks at your door and you say there is no seat left for him, he tells you not to worry because he has brought his own stool.”

In a year almost defined by a raging pandemic, most people also face the stark reality of unemployment, hyper food inflation, mental health challenges, disruption of the academic calendar, dwindling personal and corporate incomes, and so on. Empathy across board becomes imperative because hunger and anger are first cousins – where one is found, the other is usually not far off. We must urgently address these issues not superficially but on a structural and institutional level. We mustn’t wait to find out how the leopard got its claws. Our parents talked about “the good old days”, this generation wants to have “a better time.”

“When a handshake goes beyond the elbow, that ceases to be a greeting.”

An honest person doesn’t speak peace with his mouth yet uses his hands for war. Integrity is the proper alignment of a person’s thoughts, words and actions. When a rope begins to move of its own accord, it can no longer be seen as such – the people are then forced to look upon it as though it were a snake. Justice at all times mustn’t just be done but it must be seen to be done. If young people cannot hear you, it’s because your actions are too loud. You cannot beat a child and in the same breath tell that child not to cry. If truly we seek peace and resolution, we must understand then that we can walk and chew gum at the same time.

“When we gather together in the moonlit village ground it is not because of the moon. Every man can see it in his own compound. We come together because it is good for kinsmen to do so.”

Those who take our unity in diversity for granted by their unpatriotic actions miss Achebe’s point here. We can easily go our separate ways because we all see the ‘moon’ from our respective compounds, but we come together because we are stronger and better together. Our shared values hold us together, so none should be made to feel entitled or undeserving of their place in this ‘village’. No villager is more indigenous than any other villager, we all want a village that works for both the prince and the pauper.

“It is the storyteller who makes us what we are, who creates history. The storyteller creates the memory that the survivors must have, otherwise, their surviving would have no meaning.”

The most powerful people in the world are storytellers. Tyrion Lannister made a very instructive case for who he considered best to lead the Seven Kingdoms, “There is nothing more powerful in the world than a good story. Nothing can stop it, no enemy can defeat it and who has a better story than Bran the broken? The boy who fell from a high tower and lived. He knew he would never walk again, so he learned to fly. He crossed beyond the wall, a crippled boy and became the Three-Eyed Raven. He is our memory, the keeper of all of our stories. The wars, weddings, births, massacres, famines, triumphs, our defeats, our past. Who better is there to lead us into the future?”

“Every generation must recognize and embrace the task it is peculiarly designed by history and by providence to perform.”

This future or  the’New Nigeria’ will require more storytellers than ever before. Lions should learn how to write, the “iroko” documented the stories of his day and we, today, vicariously relive history through his words. The way to immortalize a man isn’t just to build statues, rename institutions or buildings after him neither is it to give fancy speeches, it is to imbibe his values. Albert Chinụalụmọgụ Achebe, born on November 16, 1930, the father of modern African literature’s words continues to reverberate. The literary god from Ogidi continues to speak unfettered truths from his grave. At least, one truth we can agree on is that he never really died, his legacy lives on!