Barack Obama Reflects on His Life, "A Promised Land" & Why He Will Always be Thankful for Michelle 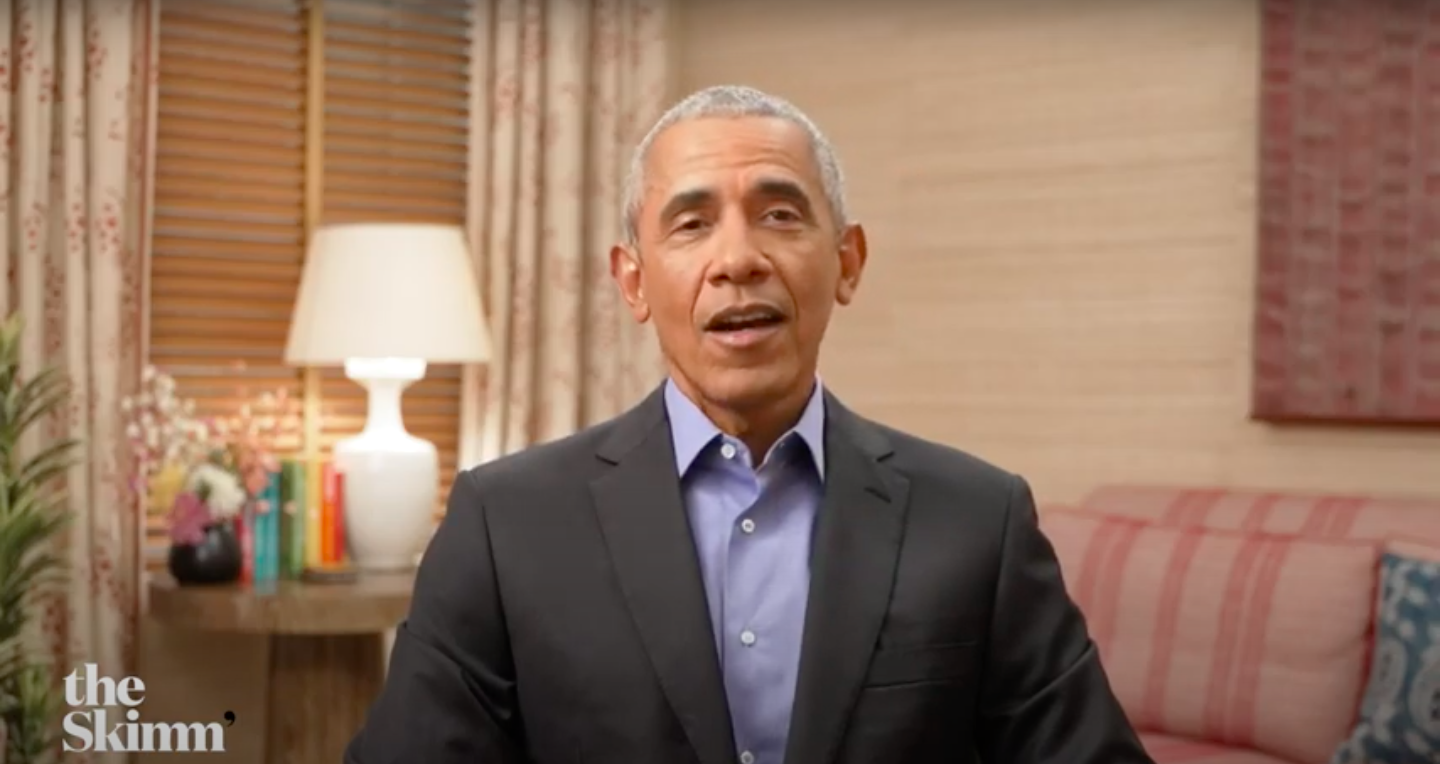 In a new interview with “theSkimm,” former President Barack Obama attempts to summarize his bestselling memoir “A Promised Land” in under two minutes, as well as his path to becoming president and why he is eternally grateful to be married to Michelle Obama.

He spoke about how much it meant to him that Michelle understood what inspired him and put their family first, no matter what.

I give Michelle a lot of credit for understanding that this was core to who I was. And that I couldn’t give up. She maybe would give me a little credit for the fact that I put family first and that if at any point, she thought it was too much, I would be willing to give it up.

Plus he explains what life on the campaign trail is like and how he balanced politics and family.

I marry this amazing woman from the south side of Chicago named Michelle Obama who’s sceptical about politics but thinks I’m cute enough to put up with me…I became a state legislator. In the meantime, I’ve got two gorgeous daughters. Tensions arise in our family because of my political career — doesn’t make me as good of a husband as I probably should be supporting Michelle while she’s taking care of the girls.