After showcasing more than 150 films in our weekly #BNMovieFeature section, this month of March, the much-loved column that we launched in 2017 is coming to an end.

As you already know, in this segment we feature Nigerian full-length films for our film-loving BNers. From throwback movies, new movies, Yoruba movies, Igbo movies, Hausa movies, English movies, Short films, Serials and so much more. 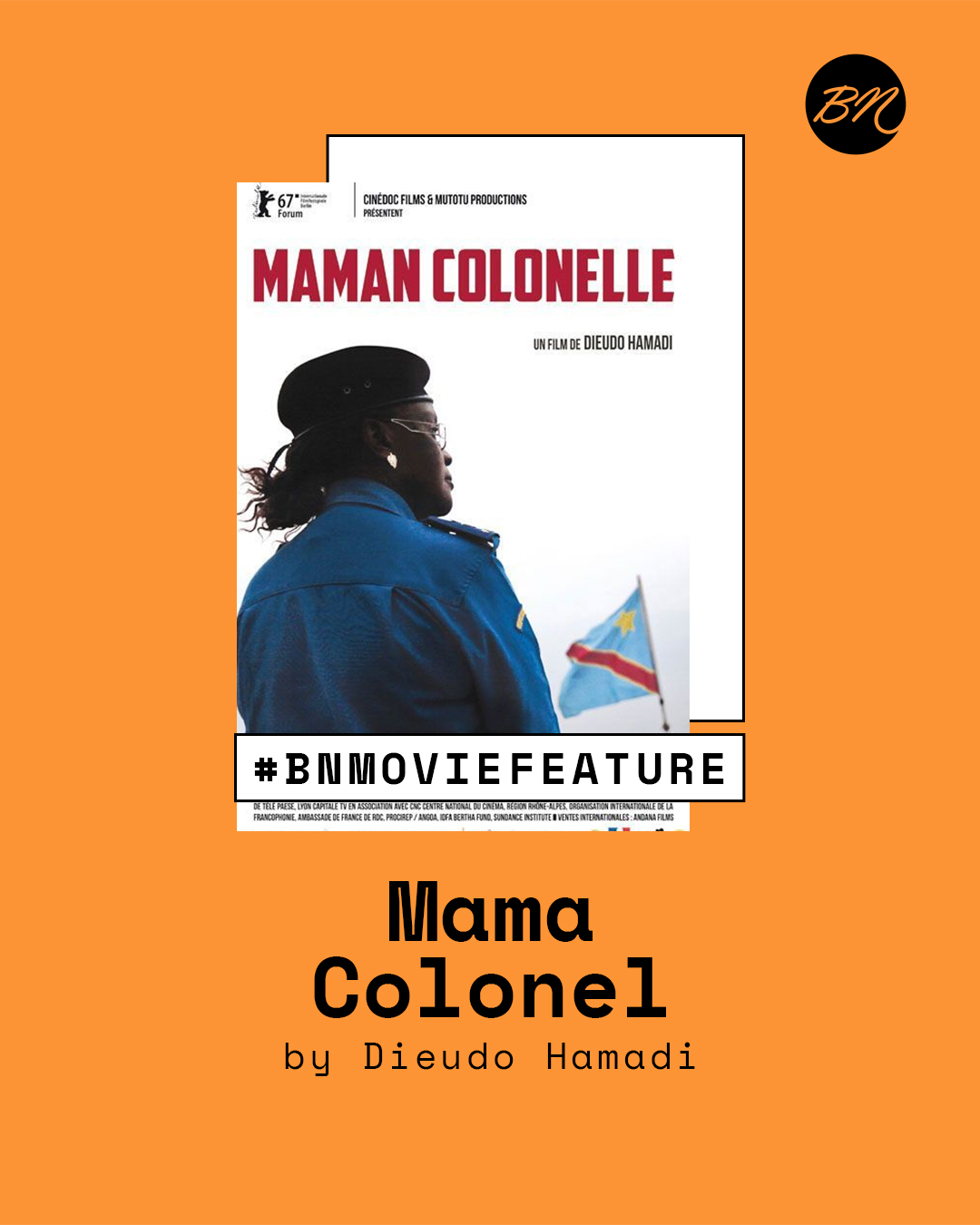 Before we go, this month of March, we are celebrating International Women’s Month by spotlighting the influential women of Africa. Specifically, we want to celebrate those women who have been instrumental to the promotion of unity, justice and the fight against prejudice, featuring a series of Afri Docs documentaries.

This week’s feature is the 2017 documentary titled “Mama Colonel“, directed by Dieudo Hamadi. Mama Colonel (French: Maman Colonelle) is a documentary film based in the Democratic Republic of the Congo. The film focuses on the work of Colonel Honorine Munyole who fights against sexual abuse and child abuse.

Colonel Honorine, more commonly known as Mama Colonel, works for the Congolese police force and heads the unit for the protection of minors and the fight against sexual violence. Having worked for 15 years in Bukavu, in the east of the Democratic Republic of the Congo, she learns she is transferred to Kisangani. There, she finds herself faced with new challenges.