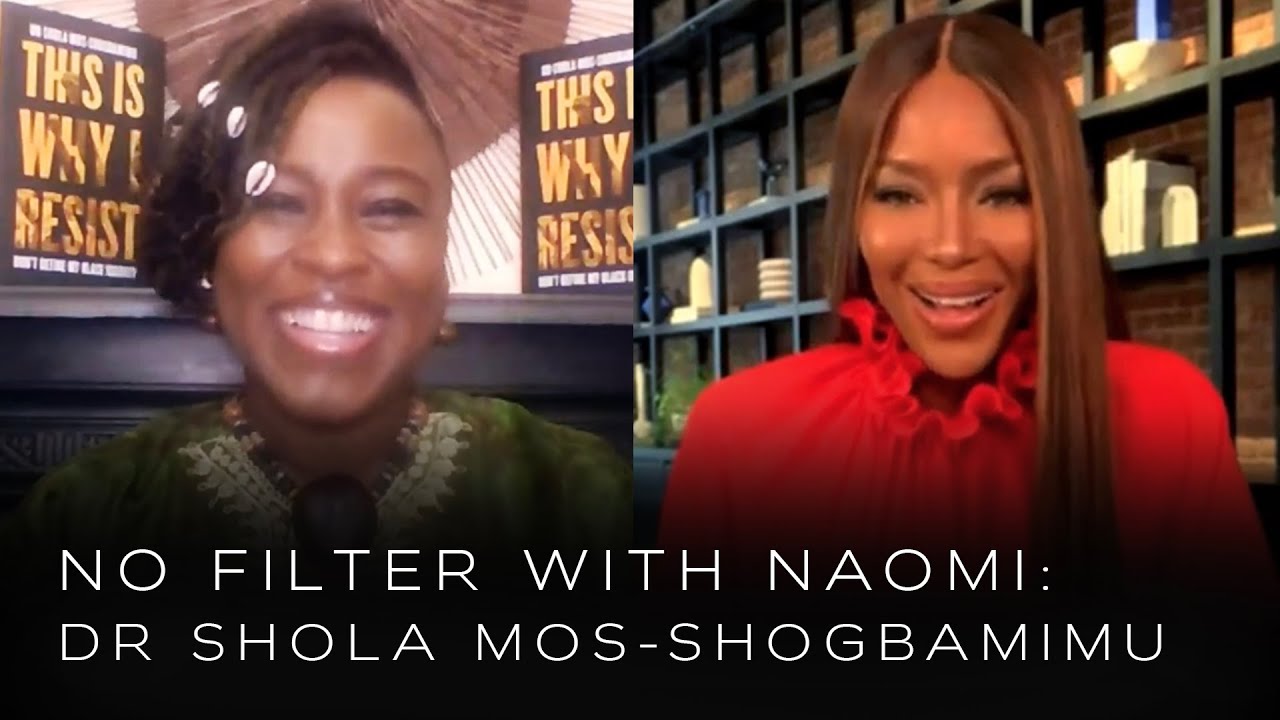 Dr Shola Mos-Shogbamimu is a Nigerian-born lawyer and political women’s rights activist who made rounds on social media lately for addressing Piers Morgan, a former host of “Good Morning Britain” after he said he “didn’t believe a word” of Meghan Markle‘s interview with her husband Prince Harry and Oprah Winfrey.

In this episode of “No Filter with Naomi“, Shola sits with Naomi Campbell to discuss her life story, racial inequality, Meghan Markle and her viral debate with Piers Morgan.

Dr Shola Mos-Shogbamimu is a force and someone I wish I had met decades ago. I had such an enlightening conversation with her about racial inequality, Meghan Markle, and her viral debate with Piers Morgan.

Talking a bit about herself, Shola says,

Oh my goodness! I don’t know how I’m going to encapsulate just over fourty years in a few minutes. But I thik the beauty is, when people get to hear me speak or engage with me, I think that gives them a idea of what I stand for and who I am, and they either like me or they don’t like me, no wahala.

On activism and why she uses her voice, she says,

“No Filter with Naomi” is a weekly series with the most well-known innovators in the fashion, beauty and entertainment space.

Rema Breaks Down the Artwork Cover for his hit Single “Bounce”