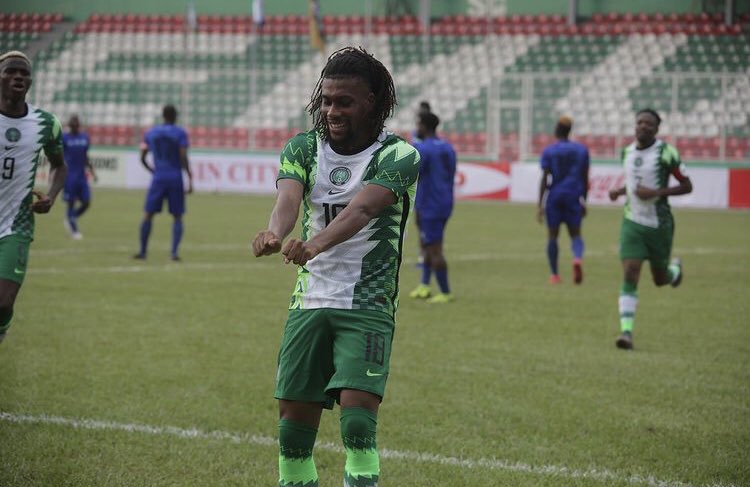 Yay! Nigeria’s national football team, Super Eagles have made their way to the 2022 Africa Cup of Nations.

The qualifying match held on Tuesday at the Teslim Balogun Stadium, after about a decade since the last time the Super Eagles played in Lagos. At the end of the highly anticipated match, the national team won with a 3-0 score against the opposing team, Lesotho.

The first goal was scored by Victor Osimhen in the first half while Oghenekaro Etebo and Paul Onuachu came through with the second and third goals in the second half of the game, earning the three-time African champions an unbeaten record of six games to round off their Group L campaign.

Nigeria joins the list of teams who have now qualified for the next AFCON, alongside Algeria, Egypt, Ghana, Senegal, Sudan, Comoros, Gambia, Burkina Faso, Morocco and other, Africa News reports.

According to GOAL, the 2021 Africa Cup of Nations which will be hosted by Cameroon, was initially set to begin on June 30 but was moved to January 2022 to end in February, due to the Covid-19 pandemic.

Congrats to the Super Eagles team! We’re rooting for them at the next AFCON tournament.

Juliet Ehimuan Dropped All These Nuggets During Our Live Twitter Chat