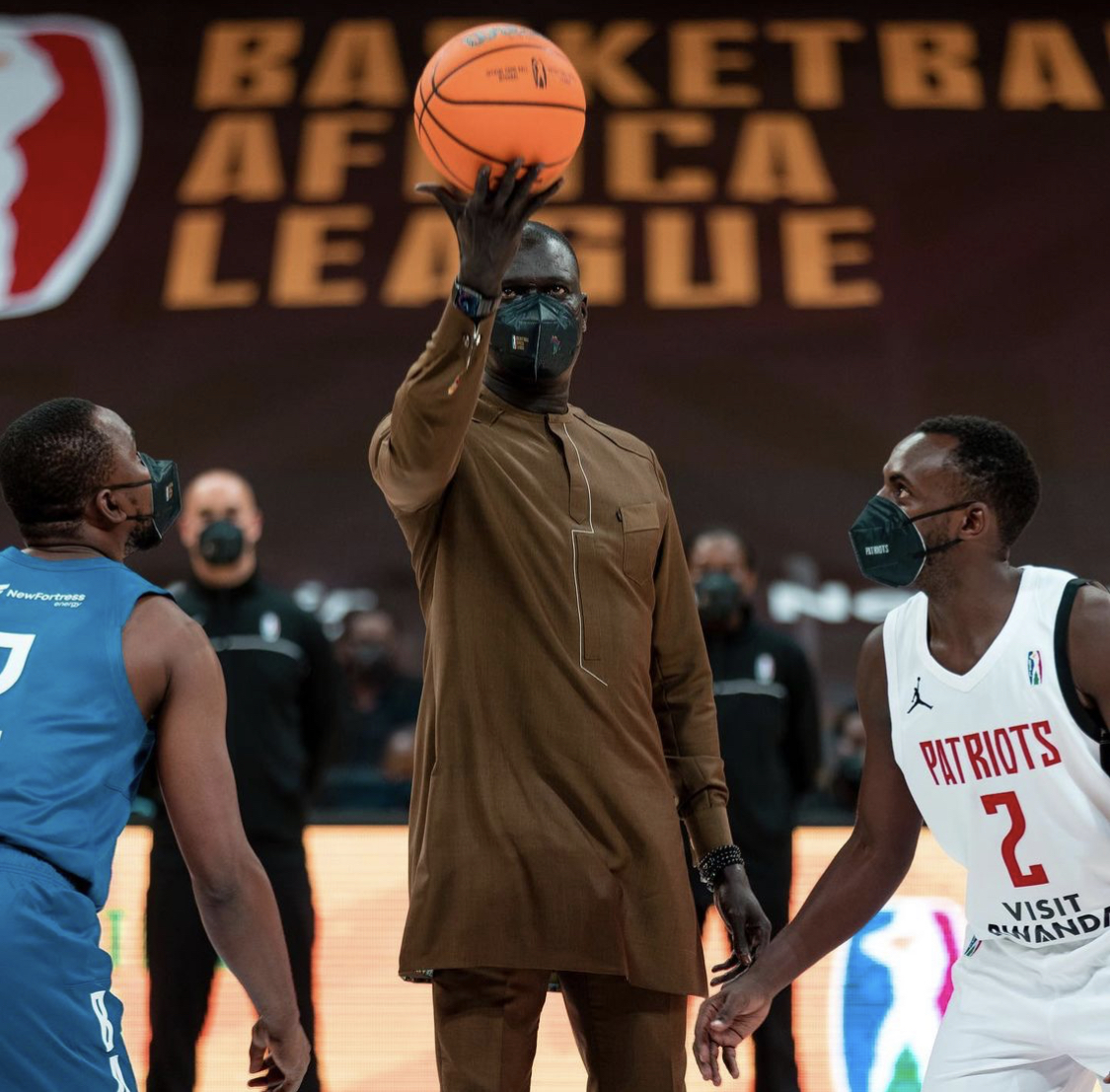 The new professional league’s first season kicked off on Sunday, May 16 at the Kigali Arena in Kigali, Rwanda, with 12 teams from across Africa playing, while the BAL Finals will take place on Sunday, May 30, 2021.

The International Basketball Federation and the NBA established the league in February 2019. The BAL was scheduled to begin in March of last year, but Covid halted it, delaying the launch by 14 months.

According to the BAL’s website, “the BAL builds on the foundation of club competitions FIBA has organized in Africa and marks the NBA’s first collaboration to operate a league outside North America.”

The BAL is part of the NBA and FIBA’s broader efforts to use sports as an economic growth engine across Africa and as a platform to improve the health and wellness of one of the world’s youngest and fastest-growing populations.

Having a professional basketball league supported by the NBA and FIBA in Africa provides a platform for elite players from across the continent to showcase their talent and inspire more young boys and girls to play the game.

Who Are the Qualifying Teams?

Six of the 12 teams that qualified did so by winning their respective national championships, as is the case with the UEFA Champions League. The remaining six teams were selected for the league through FIBA-hosted BAL qualifying tournaments in late 2019.

Here are the names of the 12 qualifying teams:

Amadou is a Senegalese professional basketball executive who is the President of the Basketball Africa League (BAL). From 2010 to 2019, he was Vice President of NBA and Managing Director of NBA Africa.

Fall was born in Senegal and was a student-athlete who was discovered by a member of the Peace Corps in the 1980s that eventually led to a basketball scholarship in the United States. He completed his university degree from the University of the District of Columbia, in Washington, D.C where he studied Biology. Upon graduation, Fall worked for the Senegalese Basketball Federation, mentoring players and providing opportunities for student-athletes to further their education through basketball.

He founded SEED Project (Sports for Education and Economic Development) for the development of sports in African youth afterwards. The organisation serves more than 2,000 students weekly across Senegal, The Gambia and the United States to ensure that youth have access to a quality education, high performance sports training, and the leadership tools to make big dreams come true.

In 2001, Fall joined the Dallas Mavericks and served as the Director of Player Personnel and Vice President of International Affairs. He then joined the NBA and helped set up the NBA Africa office in South Africa.

Via the introduction of a digital campaign, the collaboration will harness the BAL and Flutterwave’s joint dedication to driving economic development across the continent by allowing selected African entrepreneurs and small businesses to travel, interact, and collaborate with other African markets.

“As a lifelong basketball fan, I am excited that we are able to team up with the BAL as it tips off its inaugural season,” Ifeoluwa Orioke, Flutterwave’s Chief Commercial Officer, said in a statement published on Flutterwave’s website. “Africa is progressing, and now is the time to capitalize on young people’s passion to unite the continent and open doors for young Africans through sports.”

How Can You Watch It

Five other things to know about the Basketball Africa League: