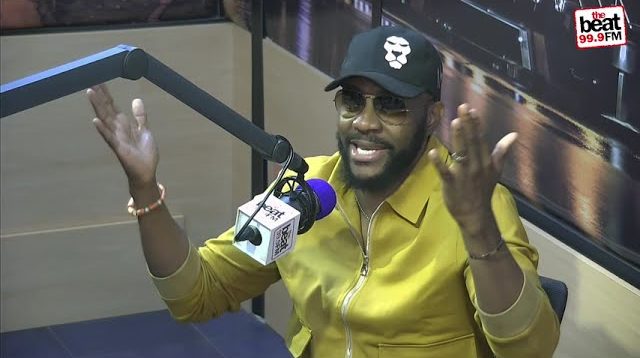 In this “Midday Show” interview with Nadine and Toolz, reality show host Ebuka Obi-Uchendu talked all about hosting the just concluded Big Brother Naija Reunion, the Housemates and all the drama that comes with it.

He spoke about Ka3na‘s accent which she recently revealed was a part of the drama she brought to the show, “It was interesting. I don know if I was shocked… but she’s taking it well”.

Ebuka briefly talked about the fight between Lucy and Kaisha, saying he didn’t think it was necessary and it shouldn’t have gotten there because they were very good friends before that. Narrating the incident, Ebuka said his shoes got ruined that day and he fell down at some point while trying to separate them. He added that he was glad that part of the clip wasn’t shown during the show… and he didn’t get it when people said he didn’t try to separate them.

On if the Twitter ban affected the fan’s feedback, he said “Of course it has. People are still watching it obviously… the numbers went up with the Reunion. But what is missing now is the instant feedback as it’s on, which is what the show thrives on usually. Where every day, it’s trending number one in Nigeria, worldwide. We’re not seeing that sort of energy because there’s a ban or a suspension temporarily.

Regarding people saying the reunion is supposed to bring the housemates to make peace, Ebuka read out a definition of the word reunion as “an instance of two or more people coming together again after a period of separation. So it doesn’t have to do with peace. It doesn’t mean we wouldn’t like them to be peaceful.” The whole idea of the reunion for him is was for the Housemates to just express themselves.

He talked about some things that happened off-air which a lot of people didn’t get to see. Like Ozo and Prince having a conversation and it ending with a handshake. When asked about Vee, he said he thinks she was one of the housemates who stayed the same through the actual show and the Reunion.

And, Ebuka says y’all should leave his wife, please! “She’s not inside the show.”

We’re One Step Closer to the Finale! See the Nigerian Idol Season 6 Top 2