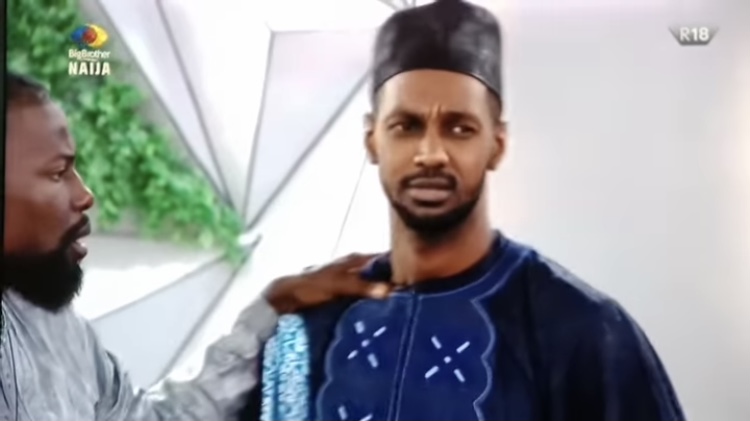 The fourth Big Brother Naija season 6 Live (Fake Eviction) Show was another interesting one for the books.

Recall that Biggie gave the week’s Head Of House Maria a task to prank the Housemates. Big Brother revealed to Maria that there will be no nominations, public voting, or evictions this week Sunday.

Maria was asked to keep this a secret and convince the Housemates that Biggie had scrapped the week’s nominations and given her the absolute power to evict two housemates on Sunday.

Well, the day finally came and the two Housemates on the line, Yousef and JMK as well as other Housemates, found out it was all fake. The look on their faces was epic!

Asides from that, the show’s host Ebuka Obi-Uchendu did what he does best- shook tables and left the Housemates to figure it out. Whitemoney, Queen and Maria had questions to answer this time.

We also saw a live performance from superstar singer AV and a quick video of KayVee‘s journey in the #BBNaija house. See the highlights from tonight’s Sunday Live Show:

Maria on her week as HOH:

Ebuka asks Whitemoney why he didn’t react when Pere confronted him earlier this week until the Housemates spoke out. Here’s Whitemoney’s response:

Lmao! When the Housemates found out it was a prank all along. Well played, Maria. ???

Our coverage of this live show is powered by GloverApp, an app that lets you convert your excess airtime to cash.