#10QuestionsWith... Angel on Her Time in Biggie's House & What She'll Change If She Had a Do-Over 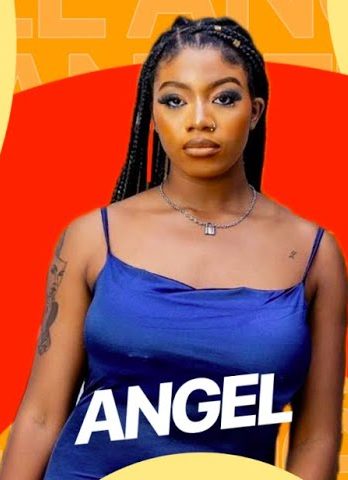 Did you know that BBNaija star Angel was Chapel Prefect in high school? Now you do!

The Shine Ya Eye star tells us about her time in the house, what she’ll miss the most about the Big Brother house and the things she’ll change if she had a do-over.

There’s layers and layers of me you have to unveil to actually understand me and when you get to understand me, it’s just like “oh wow, my perception of this person has suddenly shifted.”

Because when you look at me, there’s a certain stereotype, based on how I dress, my tattoos -I have 11- so i’s like “this babe is a bad babe”… But it’s just layers to me. I’m very intent and complex and it just takes a lot of patience to understand.

Angel says she didn’t have a game plan going into the house as she planned to be herself.

In many of my interviews auditioning for the Big Brother show, I said that I didn’t have a game plan. I was just going to go into the house and be me. I’m a flirt outside so I brought that energy into the house and if people thought that was a strategy, then that’s fine.

So, no, I didn’t have a game plan, but when I realized that my “strategy” was working for me… that there was a form of underground buzz, I just stuck with it towards the end of the show.

How easily I believed people were being genuine with me in terms of the whole Jackie B, Maria situation. Those were people I genuinely liked. Every other thing that I did, I stand pon it and I did it with my chest.

This #10QuestionsWith is brought to you by Guinness Nigeria