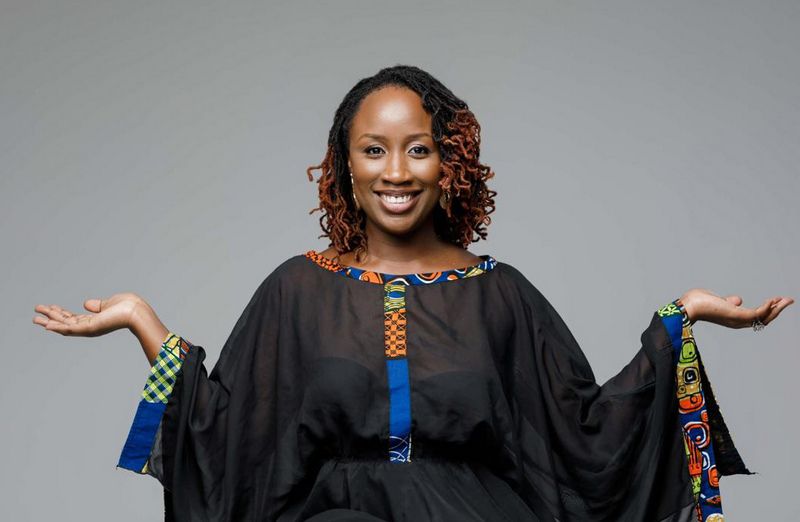 Twenty-four hours after its official launch on 1st February 2021, the Talkative Mom app was ranked the number 2 parenting app in both the United States and the United Kingdom. Its popularity in those countries may have been short-lived but for the Ghanaian developer, it was proof of a huge demand amongst expectant mothers for a crucial commodity: information.

Founder Eno Quagraine did not start out intending to build an app at all. The initiative was born from a deeply emotional personal experience.

In the early hours of November 18, 2017, Eno and her husband David Quagraine were rushing to a nearby hospital in Accra. Expecting their first child, Eno’s labour had begun the previous day with few cramps and discomforts. Now it was getting intense.

“We practically ‘flew’ to the hospital that Sunday morning and I was escorted to my private ward,” she recalled, telling her story in her typical “no-holds-barred” fashion. “My cervix was examined. At this point, I had begun dilating and I was now 2 cm. I knew that once I was at 10 cm, it was go-time,’’ she explained. 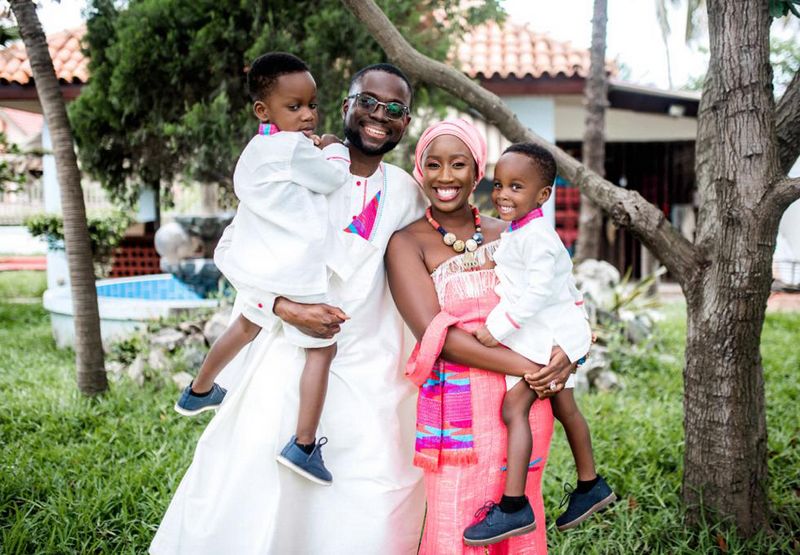 But after being admitted, things took an unexpected turn. Following the adrenaline-filled rush to get to the hospital, she was put on hold. Connected to a cardiotocography machine, she was asked to wait for the gynaecologist. She had a litany of questions for the doctors… the key one being how long she could expect labour to last. An examining doctor had an easy answer ready.

“Usually, every hour you should have dilated 1cm, so in the next 8 hours, I am sure you would have given birth,’’ the doctor announced confidently.

Encouraged, the expectant mom decided to brace herself and got through the labour pains, confident everything would be over soon. She was wrong. 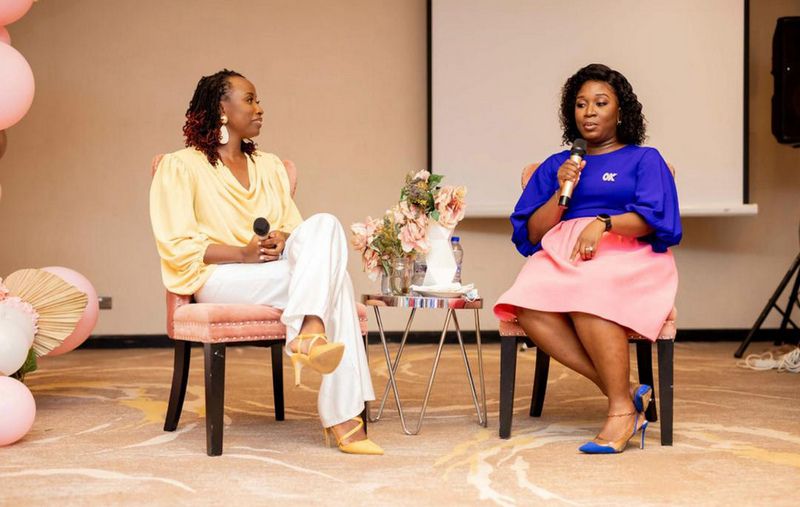 Several hours later, with no sign of the baby arriving, the pain had become unbearable. She was advised against taking any painkillers as it would prolong labour. When the gynaecologist arrived, he revealed to Quagraine that she was not likely to have the child that day. Her heart sank.

Exhausted and in pain, she couldn’t fall asleep so she took a brief walk around the facility to speed up the process of childbirth. That didn’t help, either. Eventually, she managed some sleep after taking a substantial dose of painkillers.

At 2 a.m she was woken by severe pains and bleeding. She knew instantly something had to be done to save the baby. The doctors then performed an episiotomy – a surgical procedure to aid a difficult delivery and prevent the rupture of tissues. At 6:20 am on Monday, November 20, the Quagraines’ 3.1-kilogram baby boy finally made it out alive. 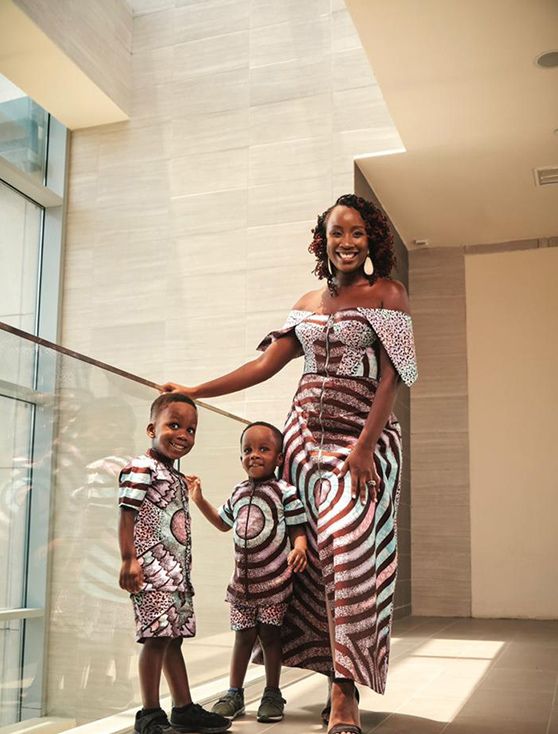 It was this unexpected ordeal – and the fright at almost losing her baby and her own life – that pushed Quagraine to start a blog. She realised she had not known nearly enough about what to expect. She wasn’t going to let that happen to other expectant moms.

In her blog, she was frank about her ordeal and left nothing to the imagination. It became a hit. “I realised that people loved how candid I was,” she explained. “At the initial stages, my mother felt that I was sharing too much of my private life. Her mindset changed when someone walked up to her in church and told her my story had prepared her for childbirth. She immediately realized I was making an impact and now she is a great supporter of my work.” 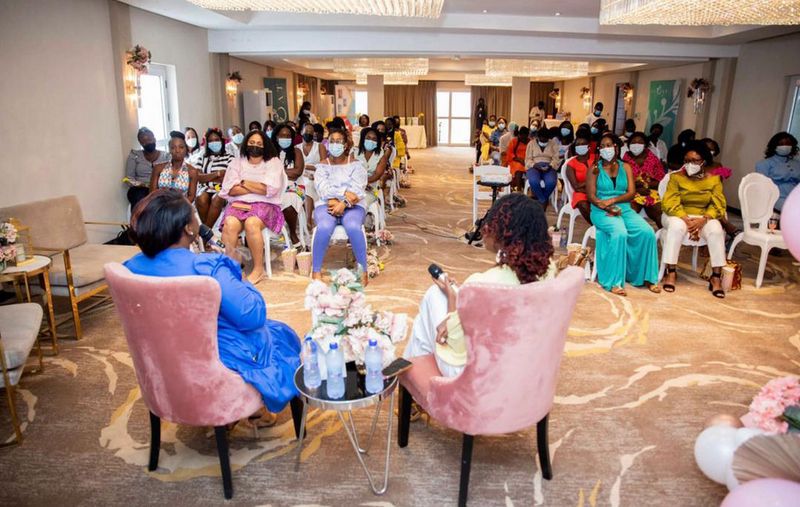 Two years later, Quagraine turned her blog into an online app with the help of her husband David, a software specialist. “I called it the Talkative Mom app because I am a talkative and I wanted a name that was catchy and at the same time suited my personality,” Quagraine explained.

Despite spending close to 3000 dollars to set up the app, Quagraine decided to make it free for users. “We thought it was a wise decision to make it free so that we don’t prevent anyone from getting information that may help them through their motherhood journey,” she said.

The app has four distinct features: a motherhood-specific search engine called “Mom Plug’’ where users can ask questions on parenting and search results that apply to the Ghanaian context; “Marketplace”, where vendors can sell parenting goods; the regular Blog from Quagraine and finally, “Listings” for service providers. The app carries contributions from certified experts such as speech and language therapists, paediatricians, sex coaches, breastfeeding specialists and nutritionists.

“Marketplace” has been particularly well received by expectant parents.

“This unique feature makes them find all the Ghanaian products they want but are so difficult to locate,’’ Quagraine explained.

It’s the blog, however, which seems to keep users coming back for more. One of the reasons is that amongst the stories shared by mothers, there is plenty of comic relief. However, it is the information provided on the app that remains its best selling point. 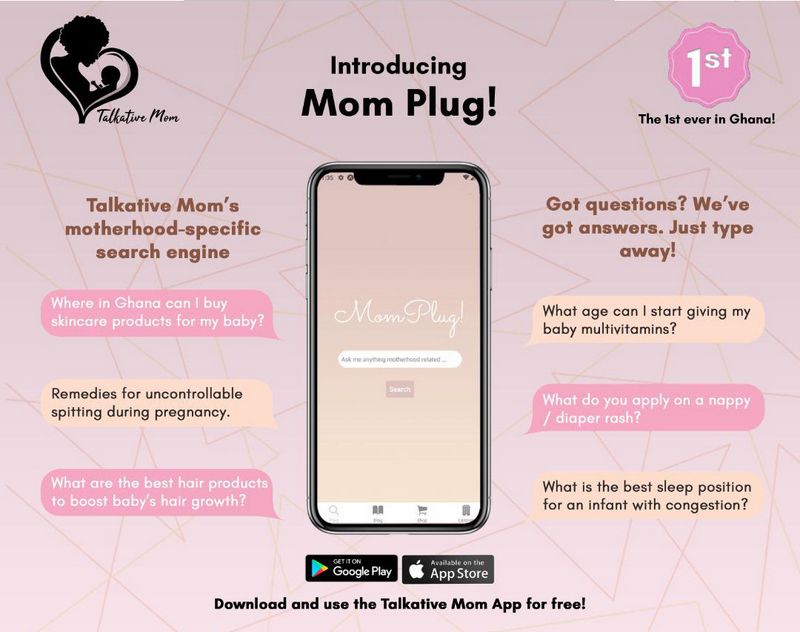 “There are so many apps around but most of them are foreign and don’t address our local needs. This app is unique because it speaks to the issues bothering the Africans, which we feel very shy to talk about. My children’s paediatrician is even there so it makes direct access to medical services easy,” said a regular user of the app, Dzidzor Arkutu.

Arkutu uses the platform to share her motherhood journey and to look up the services of certified paediatricians. She also markets her spa treatments on the app.

With thousands of users regularly visiting the platform, major brands have been keen to get on board, too.

“I have worked for so many brands, like Boomerang, Vlisco and Pepsodent and I am still working with others. These are opportunities I would never have gotten if I did not take the bold step to share my motherhood journey,” said Quagraine. 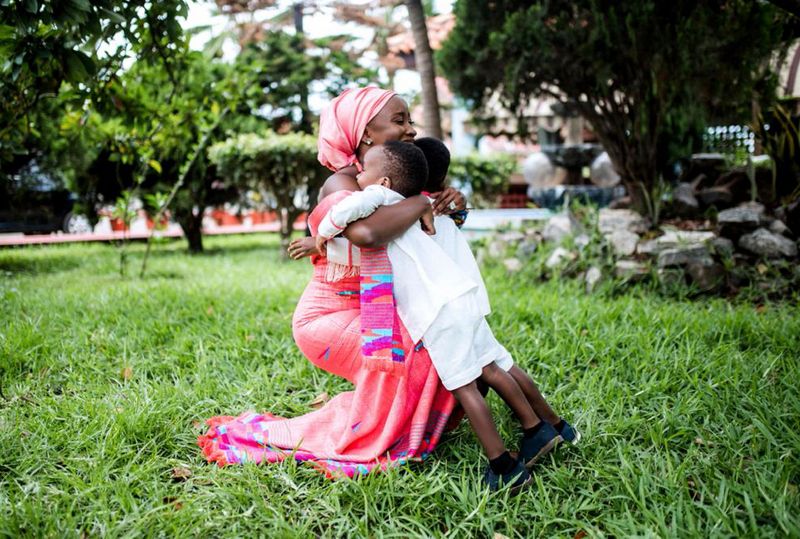 The 31-year-old mother with a masters in marketing now aims to take Talkative Mom to every mother on the continent. While that points to huge personal ambition, it is the message that keeps her motivated.

“What makes me more excited is when I hear people tell me how my app is helping them on their motherhood journey,” she said.