Ariyike Akinbobola: Childhood - Excerpt From “The Cost of Our Lives” 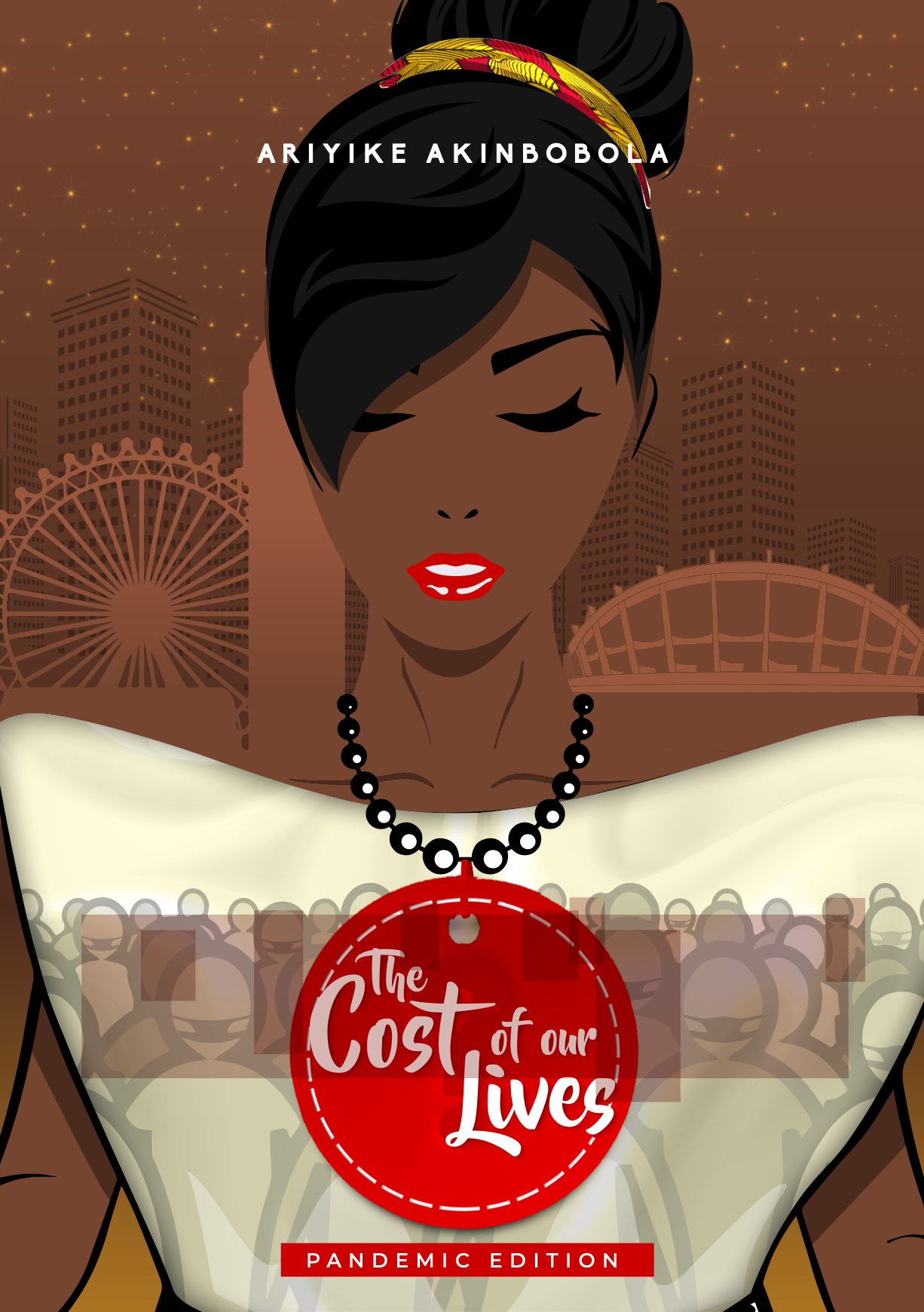 Growing up wasn’t rosy at all. I had what many would refer to as a deprived childhood. I wasn’t born with a silver spoon. In fact, one could say I was born with a rusty spoon. My mother played the role of mother and father to my brother and I, which is why I would always send her messages and gifts on both Mothers’ Day and Fathers’ Day because she played both roles to the best of her ability.

Mother worked as a matron for the Royal Children Orphanage in Ajegunle. We lived in a one room face-me-I-face-you apartment, a room that was both our bedroom and living room. Now I can refer to it as an apartment because of my overseas orientation but back then we simply called it our room. It had actually been our home since I was a baby, when my father began to struggle. I attended Ajegunle Primary School and Ajegunle Grammar School for my secondary school education. There was hardly anything good to say about my childhood. The only good things about my growing up years were the things Mama taught me. How to be content with whatever we had, how to never give anyone the opportunity to look down on us, how to endure even in times of hardship, how to behave in a decent manner no matter where we found ourselves and how to be prayerful. She never wanted us to associate with our neighbours in the hood. Jide and I walked to school all by ourselves right from when I turned four. Although my brother is two years older than I am, we started nursery school at the same time and were enrolled in the same class. He was like my guardian because he never allowed anyone to bully or beat me the way they bullied other girls in class. Mother never had any money for us to take to school so we always stayed in class during break to feast on the garri we brought from home.  On better days, we usually had some groundnuts to go with it. At a point in time, my friends began to call me ‘Garri girl’ after they discovered I always had nothing else but garri during break. Thank God for my brother who eventually found out and told them off. If not for him, that horrible nickname would have stuck like a stamp.  I was sure that if those old school mates saw me now, they would probably call me ‘London Girl’ instead.

The few toys we had to play with were the ones mother brought home from the orphanage. They were usually worn out dolls, broken plastic guitars or pianos and toys that the kids were obviously tired of playing with. But to Jide and I, those toys were more precious than gold. Isn’t it ironic how the kids who had no parents were the ones who had access to toys and were probably living more comfortably than us who had both parents at the time?

I made friends at school but I never gave room for home visits because I was not proud of where we lived. I was ashamed of the shanty we called our home. From that very young age, I knew I had to work hard. I knew that I would eventually have to leave the ghetto to get a better life.

Our room could barely accommodate my whole family and there was no space to entertain visitors.  The first and only time a friend discovered where I lived while we were in primary school, I swore that I would never ever let that mistake happen again.

It was a Saturday morning and mother had woken us up at the usual 6.00 a.m to say our prayers, after which she handed me two hundred naira and said, “Ibidun, go and buy pepper and beans for me, I want to prepare a special meal for you and your brother.  You children deserve a treat.”

“Thank you Mama!” I screamed in excitement as I set off, without asking my mother what we had done to deserve the ‘treat’.

As I walked with my bare feet through the other neighbourhood shacks, I leapt over gutters and ran my feet through muddy water that had gathered in potholes on the road. Even though I had headed out onto the major road, it didn’t bother me that my legs were now very dirty, I was too fascinated by the scenery before me to even notice anything else. Every time Mama sent me on errands, I used the opportunity to feast my eyes on the fast cars that drove past on the major road and all the beautiful houses in the area on the other side of our ghetto. I could only imagine what those fine houses would look like on the inside. As I burst onto Olowo Street, in my excitement, I got completely carried away in front of the most beautiful house in the area. I was lost in thoughts until I heard someone call my name.

“Ibidun! Ibidun! Come and meet my mummy, come, come,” the excited voice was saying. I immediately became aware of how I looked. It was still early in the morning and I had neither had my bath nor brushed my teeth before leaving home. My feet were a mess from dipping them in all the stagnant rain water I had come across. The blouse I wore over Jide’s trousers was also torn at the side. As I turned around and looked closely, it was Rukewe, my classmate, standing with her mother.

Rukewe’s mother had come to visit her in the slum and she was walking her mother back to her base in Apapa where she worked as a housekeeper for an Italian man who was a construction worker in Nigeria. Rukewe lived with her grandmother because her father would not accept her into his home. After all, her mum was a mere housekeeper, a glorified house girl who happened to have had an affair with her boss and had fallen pregnant. Her boss, Lorenzo, had told her his wife who lived in Italy would kill the both of them and the baby if she ever found out about their love child, and so Rukewe had to be hidden in the slums with her grandma.

Rukewe was the first biracial Person I ever saw. Her skin was the lightest I had ever seen. At school, we all called her oyinbo pepper because of her skin tone. She looked exactly like her mother; the only difference between them was their skin tone. While her mother was dark like chocolate, Rukewe was as bright as a sunflower. Her hair was the longest I had ever seen and her brown eyes reminded me of coconuts. Her beauty was one of a kind for a girl her age, and that morning, she looked even more beautiful. As I was about to run off after going over to greet them, I heard Rukewe’s mum whisper,  “So you have a classmate here? Do you two visit each other?”

“No mummy, I don’t know her house,” Rukewe answered.

“Okay then, let’s get to know her house today,” her mother said.

Rukewe faced me, and in her soft, gentle voice said, “Ibidun, take us to your house, my mummy wants to know your place, you know you are my only friend.”

In that instant moment, I had mixed feelings. I was surprised that anyone would be interested in knowing my house then fear crept in. I was afraid of showing them our house even though I knew Rukewe also lived in the slum. I tried to give the excuse that I was running an errand for Mama but they gladly followed me and waited patiently for me to finish buying Mama’s beans and pepper. I took Rukewe and her mother close to the house and pointed to our door.

“Mama would be angry if I brought visitors home without telling her first,” I said.

Rukewe looked disappointed but her mother nodded in understanding almost immediately and smiled at me. We said our goodbyes and I waited patiently for them to be out of sight before heading to our door.

I got into our room and handed Mama the items and then began the long wait for Mama’s usually delicious beans and pepper!

BN Book Excerpt: Hope Is Not A Strategy; Faith is Not a Business Model by Mfonobong Inyang

BN Hot Topic: On Wanting your Spouse to Be Your Aged Parents’ Caregiver