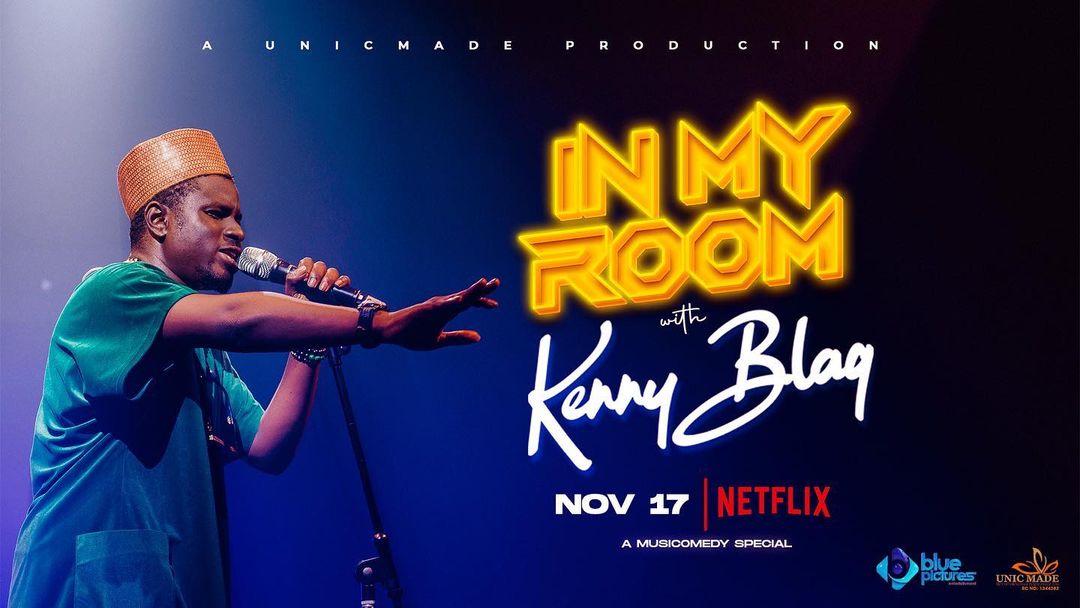 Huge congratulations to Kenny Blaq as he prepares to launch his first music and comedy (musicomedy) special tagged “In My Room“, coming to Netflix on November 17.

“In a one-man show, comedian and singer, Kenny Blaq reflect on a year spent indoors amid COVID-19, riffling on airport customs, his love life and more,” Netflix says about “In My Room”.

Kenny Blaq shared on Instagram that he began working on the humour-promising project in December 2020, when he recorded a test shoot for his first-ever comedy special attempt, “after watching a lot of it on Netflix”.

Now, he’s set to make his ‘magical’ debut as the first Nigerian comedian with a comedy special shot in Lagos on the global streaming platform.

Set to premiere at Blue Cinemas, Onikan, Lagos hosted by Unic Made Entertainment in collaboration with Blue pictures Distribution Limited, the comedy special “In My Room” will stream exclusively on Netflix Africa, Netflix UK and Netflix Canada.

It’s Graduation Season! Catch Up on Three Episodes of Bovi’s Comedy Series “Back To School”