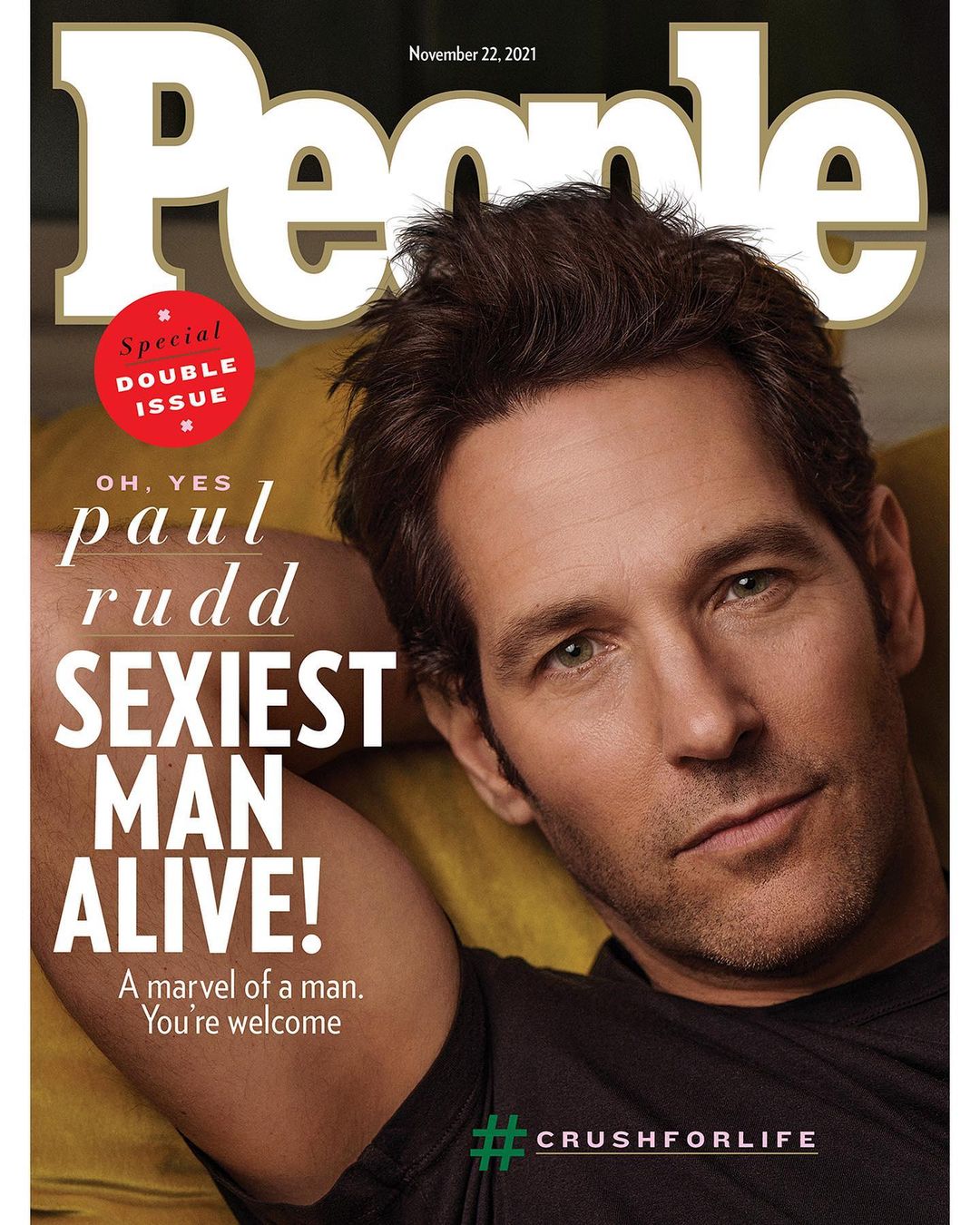 Paul Rudd, well known for his role in “Friends,” “Clueless,” and as “Ant-Man,” has been named People Magazine’s Sexiest Man Alive for 2021.

The news was made during an extended comedic routine on The Late Show with Stephen Colbert on Tuesday night. Before the reveal, Stephen Colbert put Paul through a series of scientific tests to see whether he had what it took.

Click here to watch the conclusion of Stephen’s tests and the reveal of People’s ‘Sexiest Man Alive’ cover man.

Last year’s honoree was singer Michael B. Jordan, while John Legend held the title the year before.

On how he perceives people would receive the news:

I do have an awareness, enough to know that when people hear that I’d be picked for this, they would say, ‘What?’. This is not false humility. There are so many people that should get this before me.

On the reaction of his wife when he told her about his new feat:

She was stupefied. But you know she was very sweet about it. After some giggling and shock, she said ‘Oh, they got it right.’ And that was very sweet. She was probably not telling the truth, but what’s she going to say?

Now that he’s the sexiest man alive, Paul says he hopes his life-changing a lot:

I’m hoping now that I’ll finally be invited to some of those sexy dinners with Clooney and Pitt and B Jordan. And I figure I’ll be on a lot more yachts. I’m excited to expand my yachting life. And I’ll probably try to get better at brooding in really soft light. I like to ponder. I think this is going to help me become more inward and mysterious. And I’m looking forward to that.

Watch People’s exclusive interview with the actor as he opens up about his high school years, being a husband and father, and how he’s expecting his circle of friends to give him “so much grief” over his new title.

Niniola Breaks down Lyrics of “Ryde” on Accelerate TV