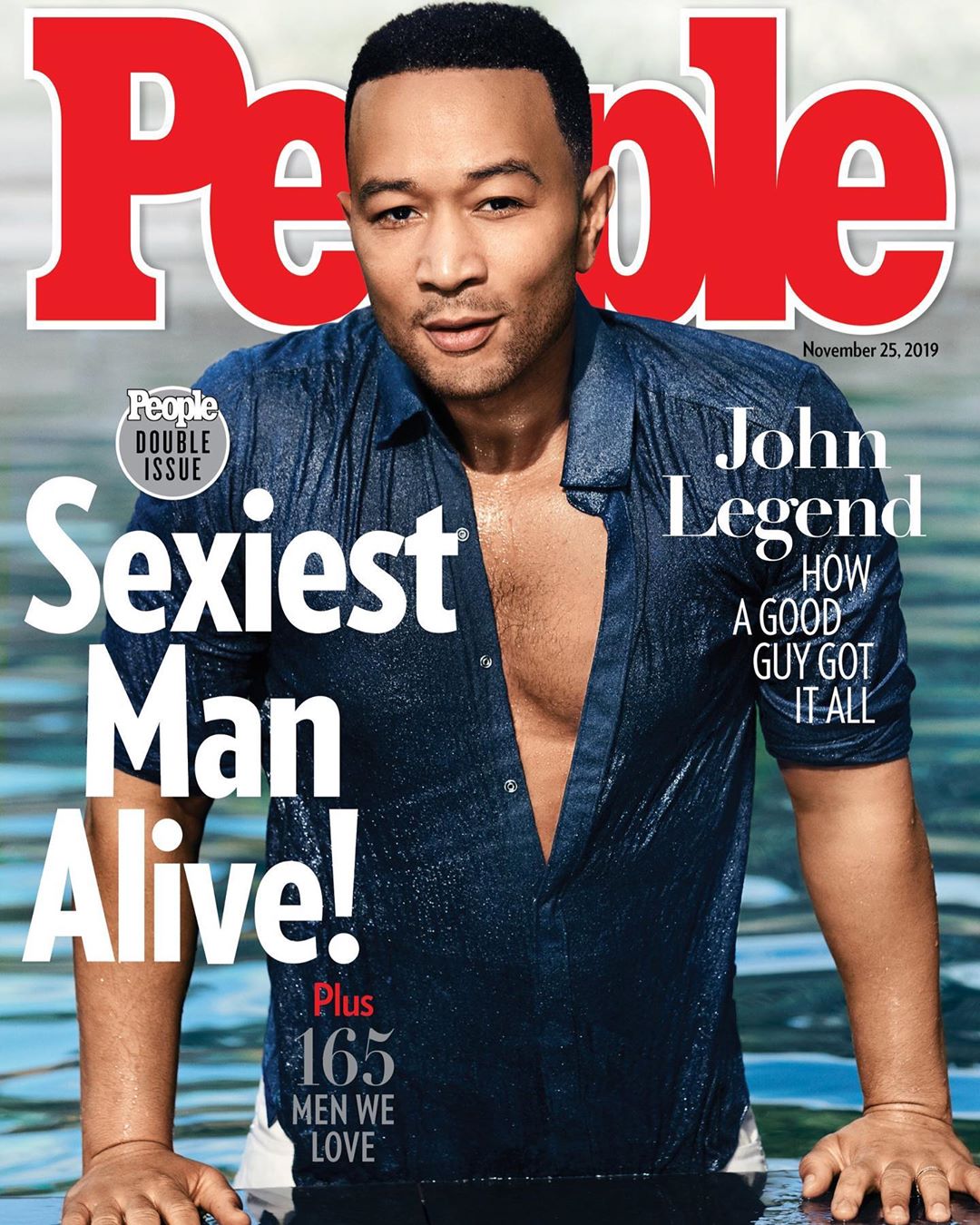 The announcement was made by Blake Shelton who was given the title in 2017, on Tuesday’s episode of “The Voice” where they are both judges.

“It is my duty to formally introduce the next ‘Sexiest Man Alive,’ ” Shelton said. “He just so happens to be here tonight. Ladies and gentlemen, the man, the myth, the Legend: 2019’s Sexiest Man Alive. You already came into this show with an EGOT. And, then you won ‘The Voice,’ so it became a VEGOT. Now you have a VEGOTSMA,”.

Shelton went on to give Legend a pair of shorts bedazzled with “EGOTSMA,” an acronym symbolizing Legend’s big wins plus the latest addition: Sexiest Man Alive.

John Legend is officially PEOPLE’s #SexiestManAlive — and his fellow coaches on @nbcthevoice couldn’t help but rib him about it. ?❤️

Speaking about the sexiest man honour, John said: “I was excited, but I was a little scared at the same time because it’s a lot of pressure, everyone’s going to be picking me apart to see if I’m sexy enough to hold this title. I’m (also) following Idris Elba, which is not fair and is not nice to me!”

John Legend’s trail to success began as a young kid, with his mother cheering him on.

“Whenever we had opportunities to sing in church or in school, my mom would suggest that I do it, she always encouraged me.”

He also credited his father with helping him become the man he is today.

“My father taught me about character. He taught us by example. He always conducted himself with such grace and dignity,” the singer said. “My parents always taught me that if you’re going to succeed in life, part of success is having humility. It’s a good way to live life, treating other people the way you want to be treated.”

You Need to See DJ Cuppy’s reaction to Dangote’s Donation at CuppyGoldGala (So Adorable!)