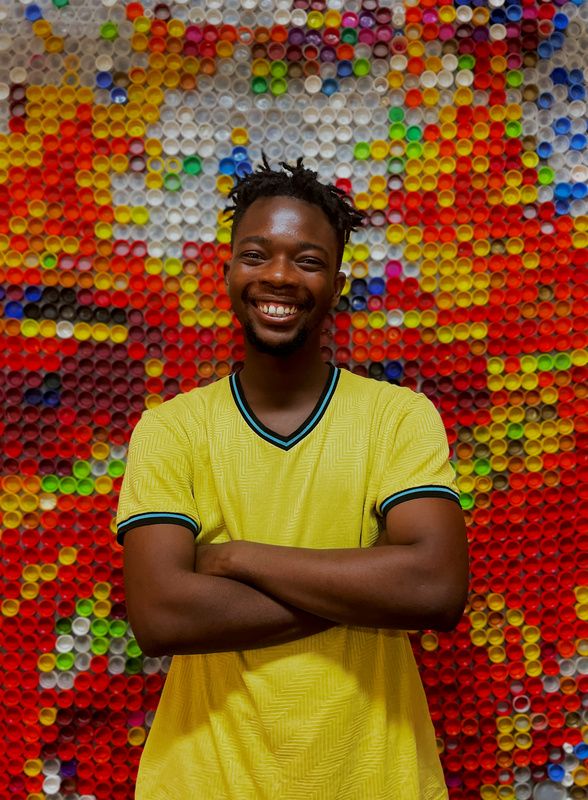 Body painting is a niche art, to say the least. The 100,000 subscribers and millions of views on his Youtube channel suggest that Mawuli Awuku is the king of it. Certainly, in his neck of the woods. Now he is after worldwide recognition.

Search his name on the web and the astounding collection of his works being displayed in traditional art galleries is an indication that Mawuli Awuku’s strategy to get his art “out there” has certainly paid off. His YouTube channel confirms it. With more than 100,000 subscribers and regular viral videos with over a million views, the channel just keeps growing. 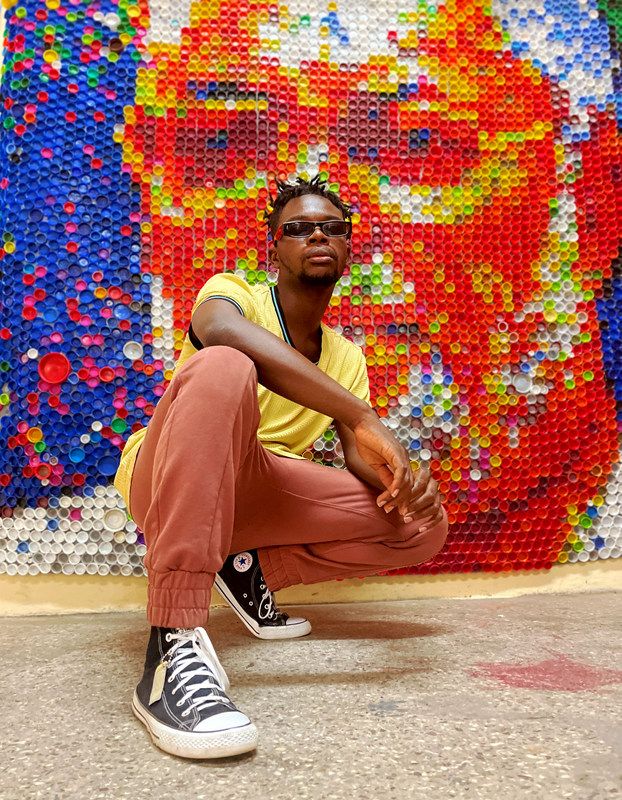 “In relation to the body of work I produce, in terms of performance which I personally produce and emphasize in films, it (Youtube) was the perfect place to showcase my crafts, due to its large audience”, Awuku explained, of his choice to go with the video platform.

As a little boy, Awuku and his friends would use discarded milk tins and bottle tops to create makeshift toys and objects to play with. Then they would compare their works, competing to decide who had created the best-looking toy. It is from these early childhood experiences, he said, that he developed his creativity.

Born in 1999, in Accra, Ghana, Awuku studied at Takoradi Technical University, excelling in various fields of art such as sculpture, painting, digital arts, and photography.

Awuku refers to his style of art as “Anansinisim”, due to the inspiration he draws from Kweti Anansi, the Akan mythical spider character. The Adinkra – well-known symbols which are extensively used as decorative features in Ghana’s various fields of arts and craft – provide more inspiration to him.

Awuku has branded himself “Yonga Art” (Younger Art) in an effort to assert himself, his art and his “ancestral traditions”. Deciding on digital marketing and social networks to allow him to engage a larger audience, Awuku also felt he was ensuring that other young artists were exposed to the market. He launched Yonga Arts YouTube channel on 19th October 2019. He was not prepared for what happened next.

“It was quite overwhelming to see my channel blow off within (a) few months of creating it”, he said. “And since then it has continued to be a successful channel constantly as the subscribers and views continue to grow. It’s been (a) short but a wonderful journey and I must say, I am quite delighted anytime I visit my channel’s dashboard and see the number in terms of views and I count myself blessed and lucky.”

“Sunny Night” is his most successful video so far. The video was released in December 2020 and rapidly went viral, with 2 million viewers in two weeks. Within a few months, it had garnered over 6 million views.

“Well, I expected the video to be popular, but not the 6.7 million views,” said Bansa Akpene, the female model and main “character” painted in Sunny Nights. 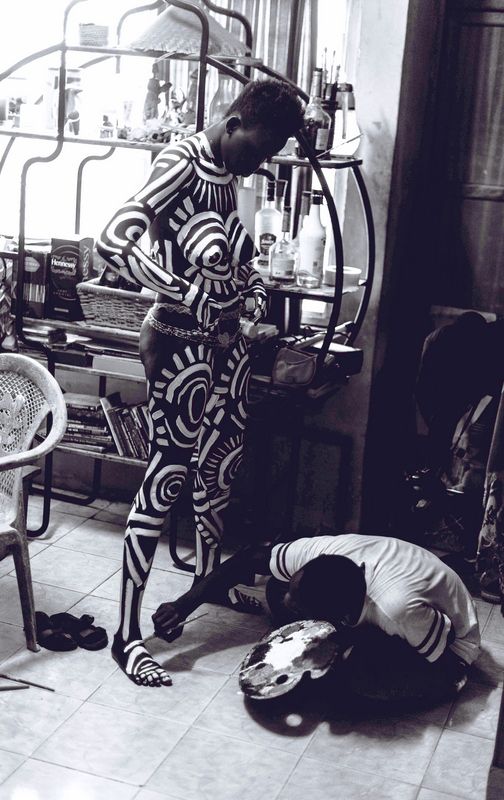 Akpene believes Awuku’s growing popularity is rooted in the passion he has for his work. “He is very professional and passionate about what he does”, she said, adding, “One thing I personally like about working with him is how he goes all out to get the job done.”

As a fashion designer, Akpene has also collaborated with Yonga Arts on a video titled “Supremacy.”

In February 2020, he paid artistic tribute to the victims of police brutality and the people who were shot while protesting peacefully at Lekki gate in Lagos, Nigeria, during the EndSARS protests. In the series, he utilized the photo of a woman painted in the national colours of Nigeria, shedding tears of blood.

“The picture depicts the pains and the sorrow our sister country is going through,” the young Ghanaian artist said, describing the purpose of the work.

In another piece, “Valiant Souls”, four children, fully body-painted, are seen raising their fists, in an evocation of rebellion and awareness. “The piece is a protest against constant abuse and injustice the black community and people of colour face. It also references the essence of social and economic reform in society, ” Awuku explained.

The “Slave of the Wheel of Labor” is a performance exposing the plight of the working class under the overbearing control structures of the capitalist system which gives them a sense of no escape.

Awuku has been able to bridge artistic borders with his work, collaborating with renowned musicians to create memorable videos. He sees his work breaking down cultural barriers in Africa. But he wants to take his messages further. A lot further.

“I have the opportunity to work on video music for top brands like Sarkodie, Becca, Darko Vibes, Davido, VVIP, and many more. More importantly, I am personally working to be amongst the world’s recognized artists,” he said.

Niniola Breaks down Lyrics of “Ryde” on Accelerate TV