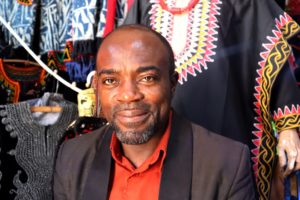 On November 23, 2022, the Confederation of African Football (CAF) publically unveiled the official match ball of the African Cup of Nations (AFCON). The “new official match ball” was named “Toghu“, after traditional garb that is very popular in Cameroon. The ball would be used by the 24 teams during 52 matches to be played in the competition between January 9 and February 6, 2022.

Perched on a street corner in the Obili neighbourhood of Yaoundé, is a workshop that was set up in 1998 during the World Cup in France to design Toghu, the handmade regalia originally worn by kings and queens from the Northwest region of Cameroon and which had become a popular attire among Cameroonians.

These days, the rattling of sewing machines welcomes visitors who are encouraged to inspect the colourful and beautifully embroidered garments displayed in different sizes and shapes in the workshop.

These are the latest versions of Toghu garments, each ornately crafted and this is the busy centre of operations for fashion designer Fule Valentine. It was here that he conceived of the design that was to be stamped on the match ball, the “Toghu”. 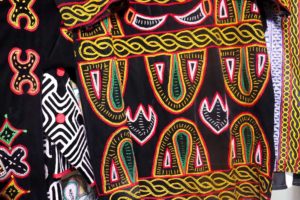 The journey to deliver the design began with a phone call from the local organising committee for the African Cup of Nations but Fule’s journey and engagement with sports designs began a lot earlier.

At the 2016 Africa Women’s Nations Cup – during which Nigeria defeated Cameroon to lift the trophy – Fule dressed traditional dancers from the Northwest and Western regions of Cameroon as well as the musicians who sang the anthem at the opening and closing ceremonies in traditional regalia.

The same year, the designer was called on to conceived and design the attire for Cameroon’s Olympics team. 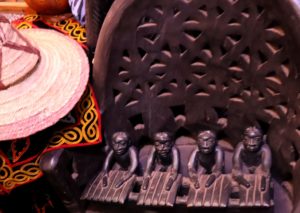 Cameroon was awarded a medal for the best uniform at the Rio 2016 Olympics, a medal that brought smiles to the faces of many of Fule’s countrymen and women, even though the country did not win a medal at any of the events. In 2020, the Cameroon uniform once again made a colourful entrance at the Olympics and was again voted one of the best.

So perhaps the phone call from the local organising committee of the African Cup of Nations was not entirely unexpected. After hearing what was required, Fule quickly got to work.

“I worked in the background with a delegation from Umbro to ensure the design on the ball was really the Toghu design,” said Fule, who hails from a family of artists.

Fule is one of several designers transforming what was once the preserve of kings and queens and used only for traditional ceremonies, into a popular cultural dress worn proudly by many Cameroonians.

The original Toghu designs have been modernized in several ways and what began as a novelty is now found at weddings, parties and even in the office. 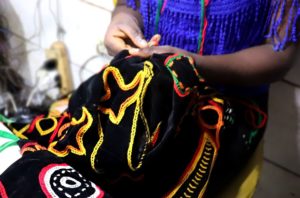 According to Paul Nkwi, a professor of African anthropology at the University of Yaounde, Toghu owes its origin to long-distance traders who introduced Cameroonian buyers to the cotton industry after travelling to Yola in Nigeria.

Nkwi believes that Toghu clothing and design are important elements for forging a common Cameroonian identity.

“I feel great that my design was used. The designs can be found on the mascot shirt and some t-shirts for AFCON. We feel great and give glory to God,” Fule said.

The garments are still, however, hand-made and that throws up challenges when it comes to producing enough for the garments to become regular wear, he explained.

“The challenge is that it takes a longer time to embroider one dress, given that it is handmade, so we plead with the government to support us in opening vocational training centres for mass production,” he said.

Fule’s advice to young boys and girls is to look at the opportunities offered by Toghu embroidery and to be more like neighbouring Ghana and Nigeria where traditional wear is worn with pride and helps forge a common identity.

In the meantime, the Toghu design can still be seen in the slo-mo’s, as happy Senegalese fans replay their glory at the finals, again and again.

Comet Nwosu: Unwavering in Your Authenticity is One of the Greatest Signs You’ve Accepted Yourself