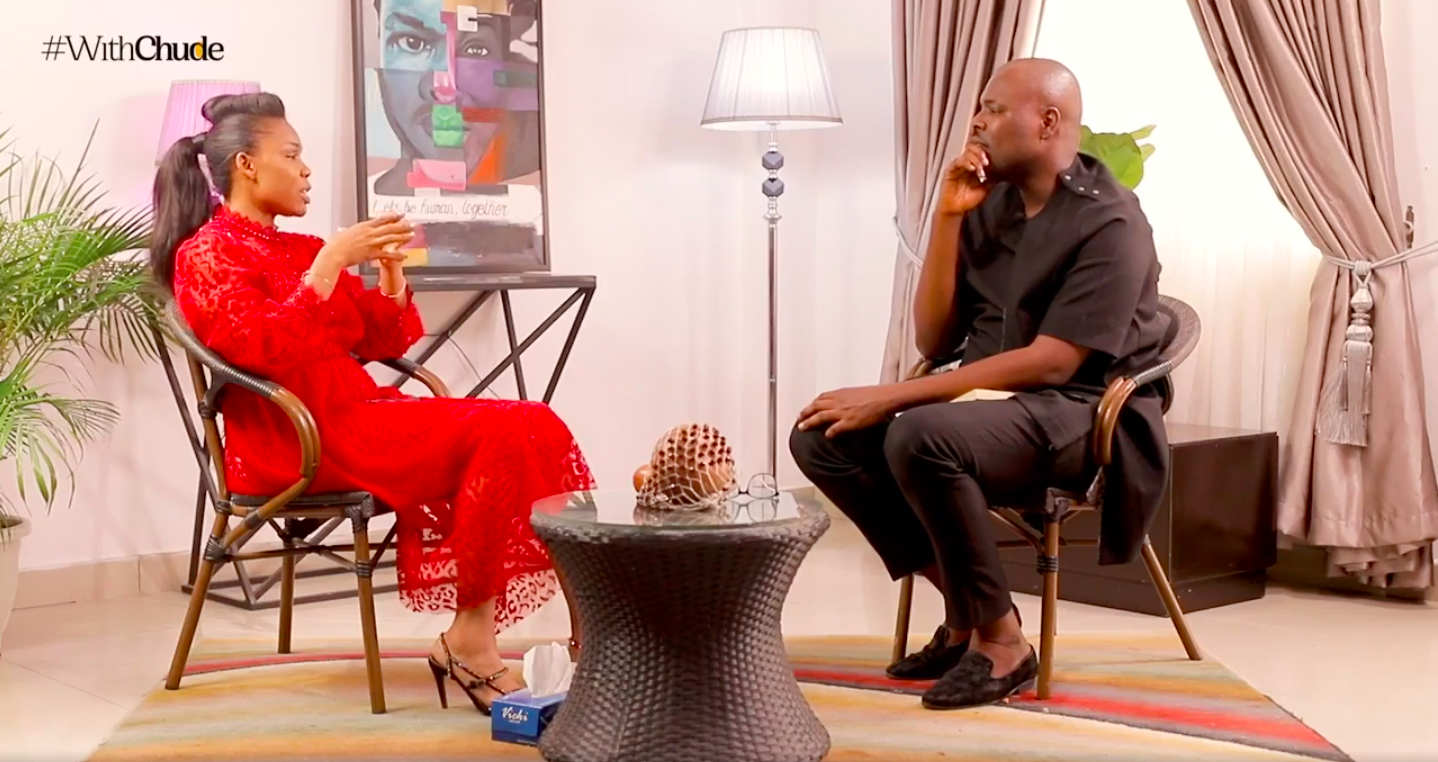 Dance queen and record holder, Kaffy in a recent interview with Chude Jideonwo opened up about the trauma she faced while growing up, what led to her divorce from Joseph Ameh, and how she’s been able to find peace through it all.

She said that coming from a family where her parents used knives on each other every day made her childhood the most traumatic of her life. “All the knives, all the forks, anything that can break and poke, or insect, even spoons we hide spoons,” she said.

On her marriage with Joseph Ameh, she said she understood that marriage was an alignment of assignment. “There are different red flags that we women in love are blinded by. I was thinking at the beginning that I have found someone else that would make me happy. That’s the most selfish thinking that any human being can have for another human being.”

Kaffy said that neither she nor her husband was to blame for their divorce after nine years of marriage. She said that the divorce would help them become better, more amazing people. “That if I love him, I need to let him go, he needs to go out there and become, he needs to find out how he will become, and I will be so happy. It will feel like the whole nine years was not for nothing because when you love someone, you would want to see the best of them.”

Watch the snippets below:

“(My parents) were battling so much towards the end of their life for me to put that burden on them, I don’t think I needed to do that. I felt that I didn’t want to bring back old wounds, there are some things that you know that the person already knows that I’ve messed up. But are we going to let them die with that or let them feel the love that is available.

“You must have messed up but you’re still daddy, You know. I wish they were still here, I know that if they took better decisions, they won’t be dead because a lot of circumstances around them that I felt were a burden and I could feel they were suffering from inside and you know the body responds to our mind. The body listens to the mind intercellularly, so if we keep nurturing certain thoughts it will make you sick inside and there’s a level that the Doctors can’t help. If you don’t fight for life yourself by just trying to uncover and release yourself from your past mistakes.  And I felt that was the battle they were having, I can’t add to that”.

“I was not educated enough for marriage and a lot of us aren’t. It’s now so easy to get into marriage that’s why it keeps crashing. It’s easier to get a driver’s license than a marriage certificate.”

Learn How to Prepare “Obe Imoyo” from The Kitchen Muse