Tamara and Kayode's Love Story Began With an Instagram Crush!

When people say things like, “shoot your shot” or “the love of your life may be on social media”… It’s not out of thin air. We can find love anywhere including on social media! For Tamara and the love of her life, Kayode Instagram was where it all began.

The beauty that is Tamara was on Instagram one fateful day when she stumbled on Kayode’s photo and it’s safe to say that Cupid took its course! While it seemed like not much would come out of that little “crush”, love had a different plan for them both and now it’s #TKOforever! The pair now sail happily into forever and of course, we’re absolutely rooting for them! Their beautiful pre-wedding photos have us giddy as we take in all the beauty and sweetness of their undeniable chemistry.

Enjoy their beautiful pre-wedding photos and love story as shared by the couple below. 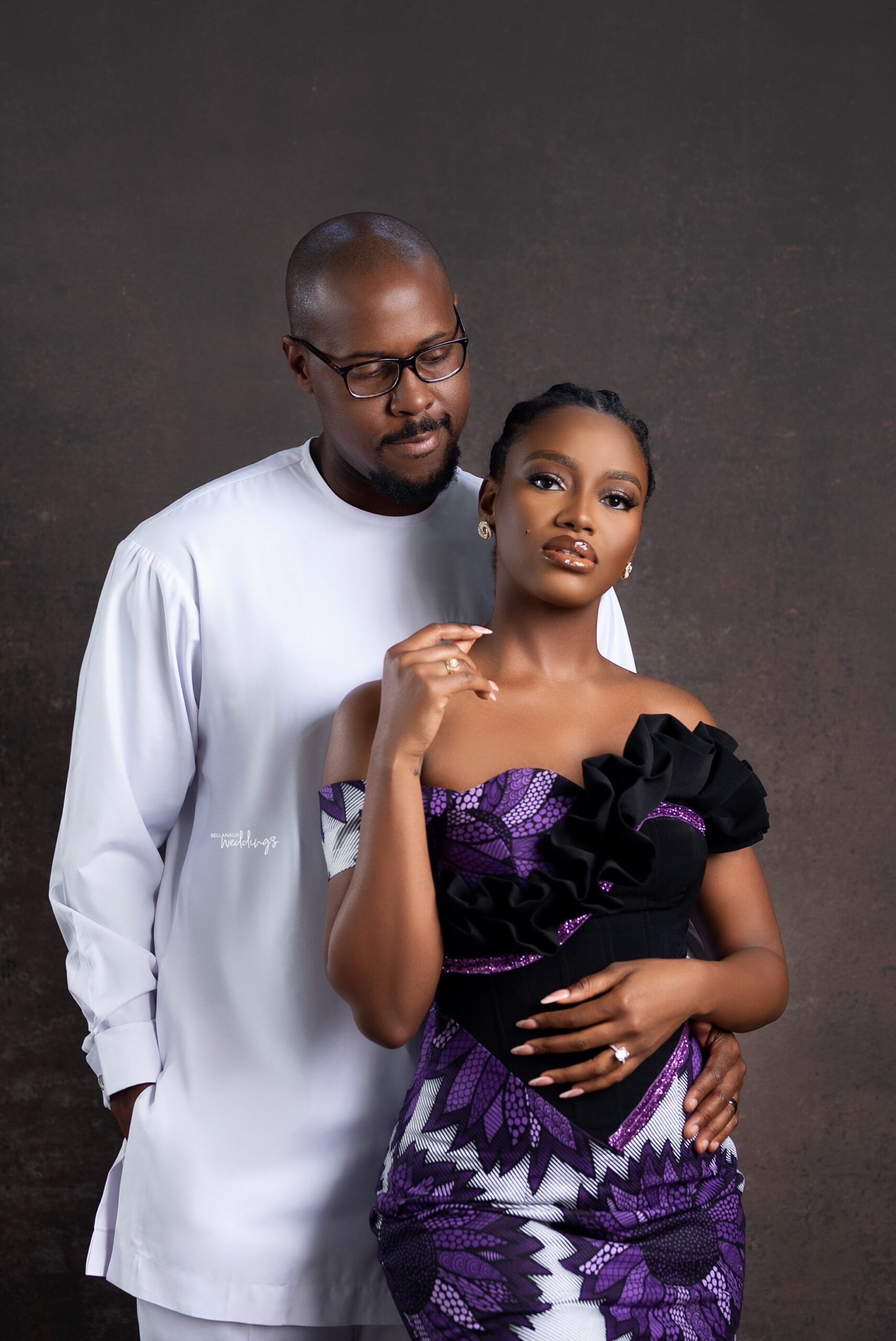 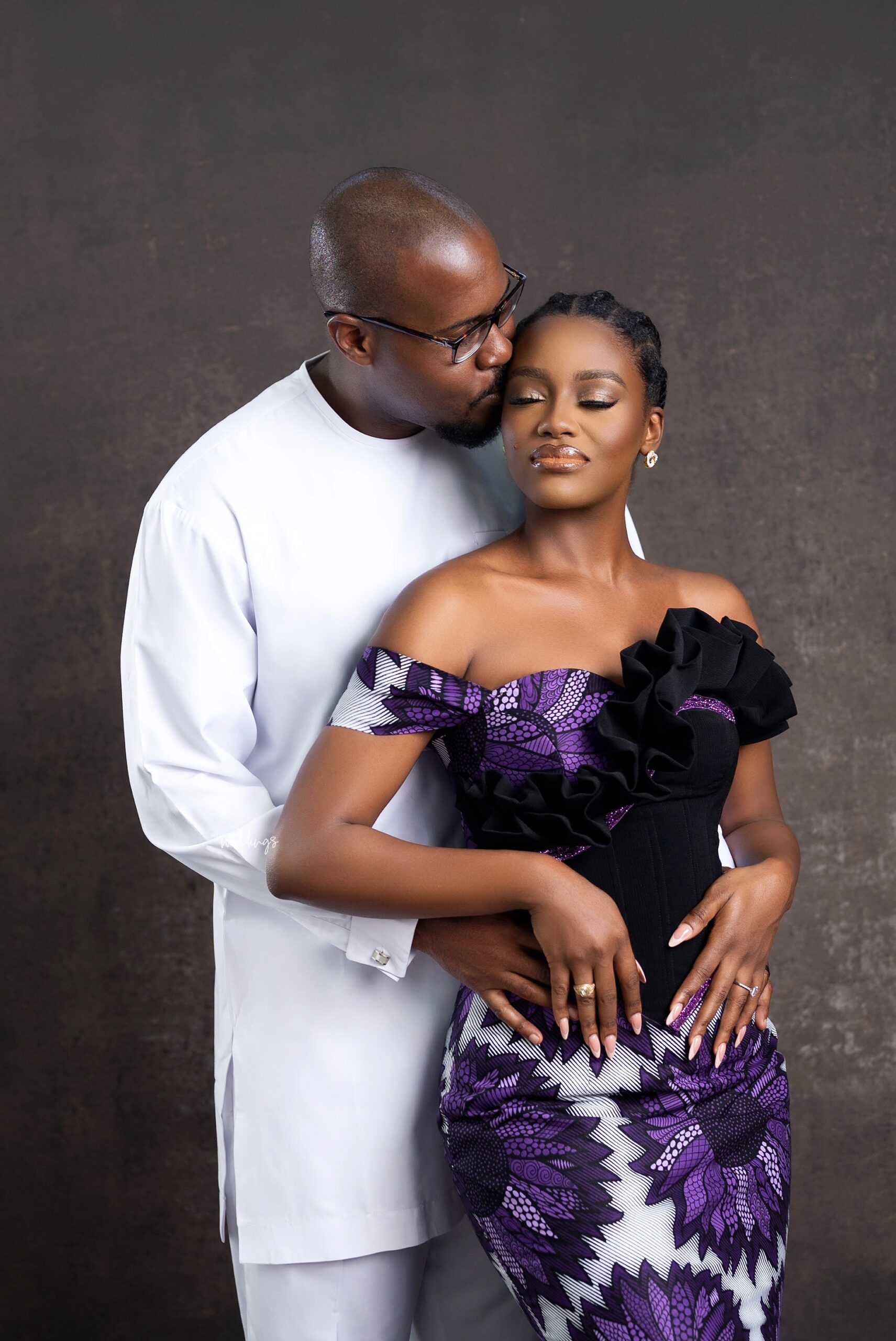 How We Met
By the bride, Tamara:

Feb 14th 2020: On this beautiful St Valentine, I was scrolling on Instagram and I came across a post from @thetribelagos. It was a flyer titled ‘It’s not complicated’ – Conversations on love, dating and marriage. I wasn’t going to watch but I saw my good sis Bunmi George @jbums on the flyer and right beside her I saw this very very handsome, gorgeous guy, so I thought let me just open and see. I watched the replay specifically to get the part where Bunmi was speaking but as I kept going I was curious to hear this guy’s voice & his perspective. Towards the end, I heard him FINALLY and he said: “Whoever you are, just try not to hurt people”. I thought to myself ‘Ahh who’s this guy???’. I needed to know who he was! I needed to have a separate conversation with him so he could really break down these thoughts 😉. I hadn’t heard any sweet looking guy speak so honestly, beautifully & be so open about his thoughts, especially with regards to dating. As we know these dating streets are really tough but those words resonated with my spirit. I knew this person had a good heart. I just knew it so anyways, I zoomed into the video to check his ring finger and it was empty. HALLELUJAH! 💃🏽 I didn’t finish listening to the live session as there was a more important mission at hand. I followed him on IG (even though his page was private) then I sent a message to Bunmi asking about him. She told me he had mentioned he was in a relationship during the session but she didn’t know anything else about him. Disappointed with this message, I went back to IG and unfollowed him sigh and thought that’s a closed chapter then… Fast forward to a few months later, after consistently seeing him in a few dreams, randomly thinking what’s going on with this guy and wondering if his page was open so I could just see lol. I went back to his IG page and this time his page was public. I knew that at that moment, it was time to shoot my shot shamelessly! 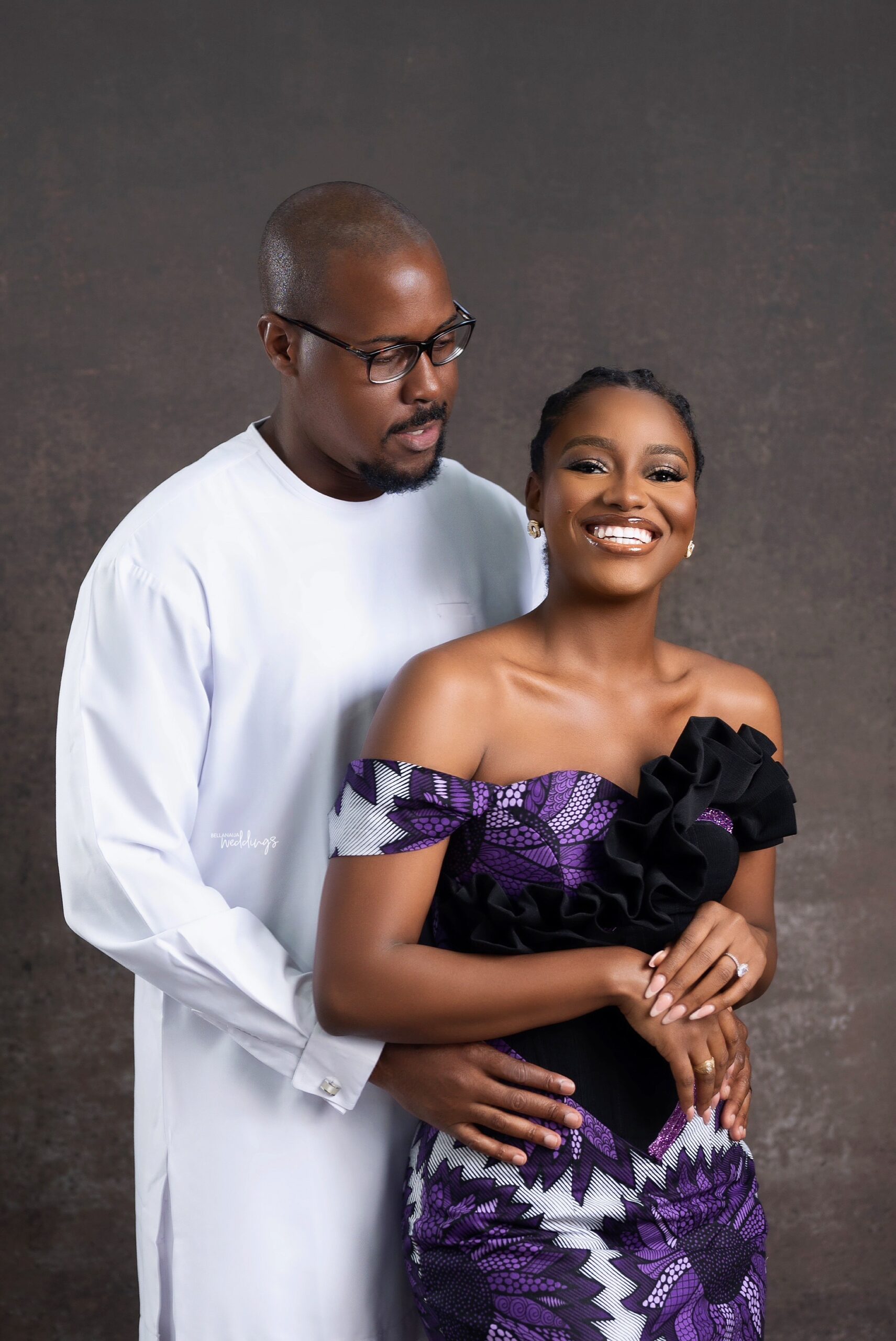 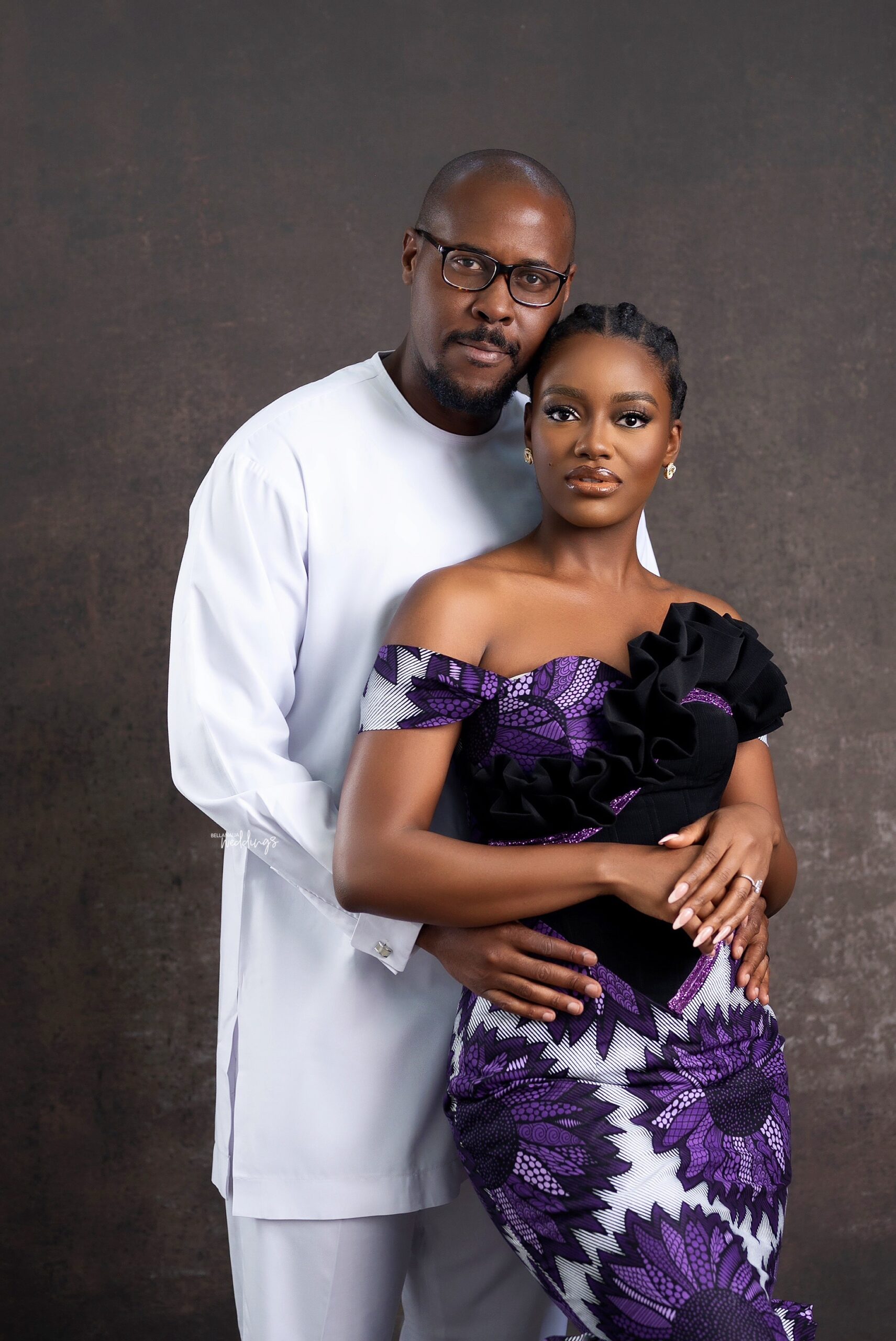 I followed him again and this time I was constantly on his page, looking through pictures. I started calling him My IG crush and one random day in April, he posted on his story: “What would you like to know #HallPass?” Omo, that was all I needed! I ran to my dearest Aunt (S/O @sherrycocoevents) and asked her to ask him if he was single. She asked him, do you have a girlfriend and he said: No ma’am. We did a long victory dance, screamed and danced some Anyone that knows Sherry Coco already knows she wastes no time so trust my aunt, she sent a follow-up message saying: “Oh that’s fantastic! I have a sister who had been crushing on you and she’s such a stunner but she’s too reserved to be forward… anyways this is me being forward on her behalf. lol”. He responded: “Lol, appreciate that. She’s beautiful. I would definitely be interested but I’m on a break from relationships. No point messing with her emotions”. Guys! Come on, what kind of man is this?! What kind of heart does he have? How can he say he doesn’t want to mess with my emotions without even knowing me? That’s the kind of man my Kayode is! Unapologetically straightforward, honest, intentional, kind, compassionate and so much more. He didn’t need to meet me to be all these things, this is who he is! Right after this, I reached out to Uyeme to ask about “our common friend”. She wasn’t sure but a couple of days later she low-key gave me the go-ahead. Sis, shoot your shot! I reached out to some common friends to ask about him but no one had anything bad to say. Thank you, Jesus! Now the waiting game. Two days later, he sent a message to me on IG but in true Kayode style, it was about work. I was thinking, bros this isn’t why I went through all these different routes to reach you lol. But I indulged and we continued our small talk, here and there nothing serious. All in the DMs. Eagerly watching each other’s stories and just trying to find the right way to move things to the next level (I think, haha). 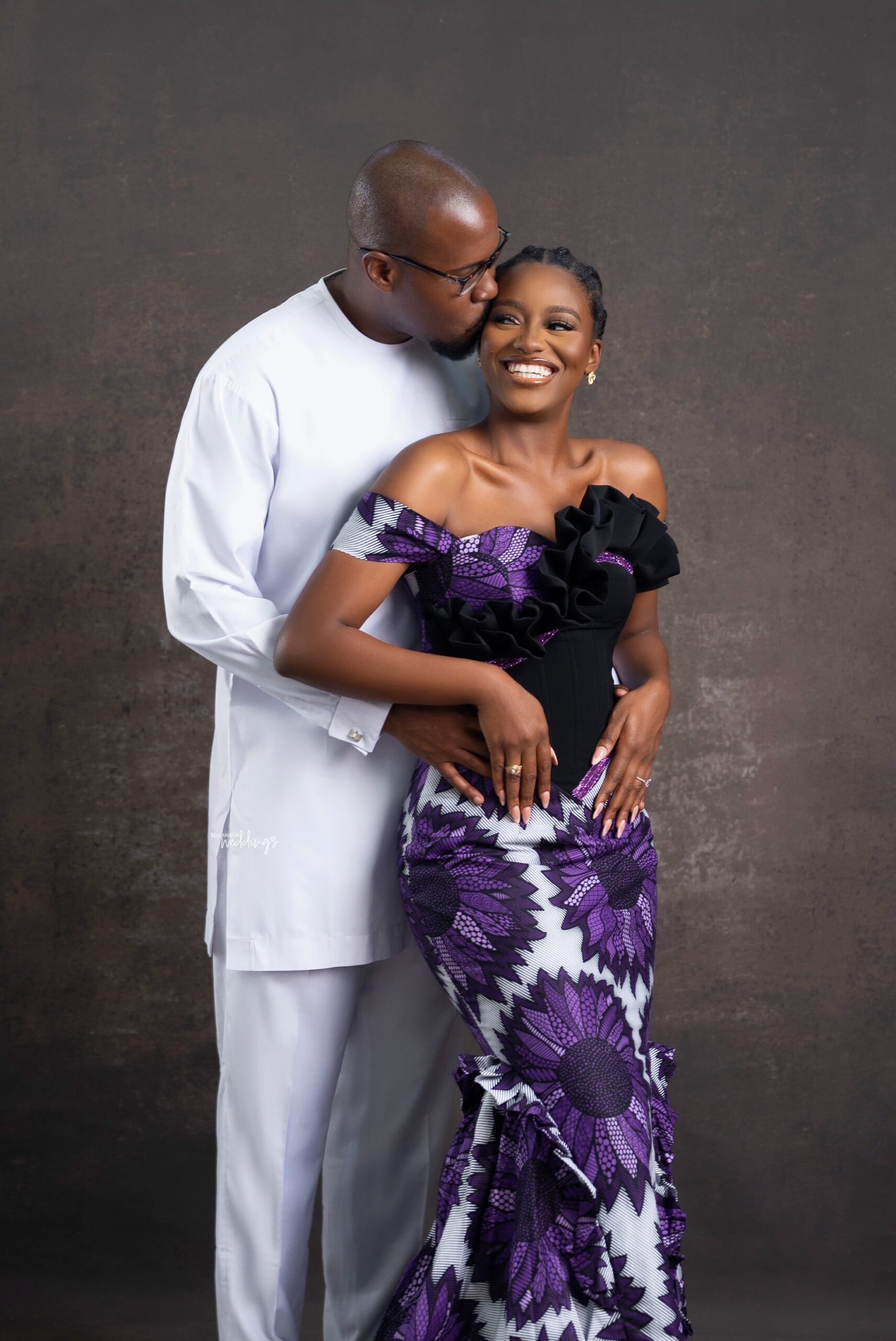 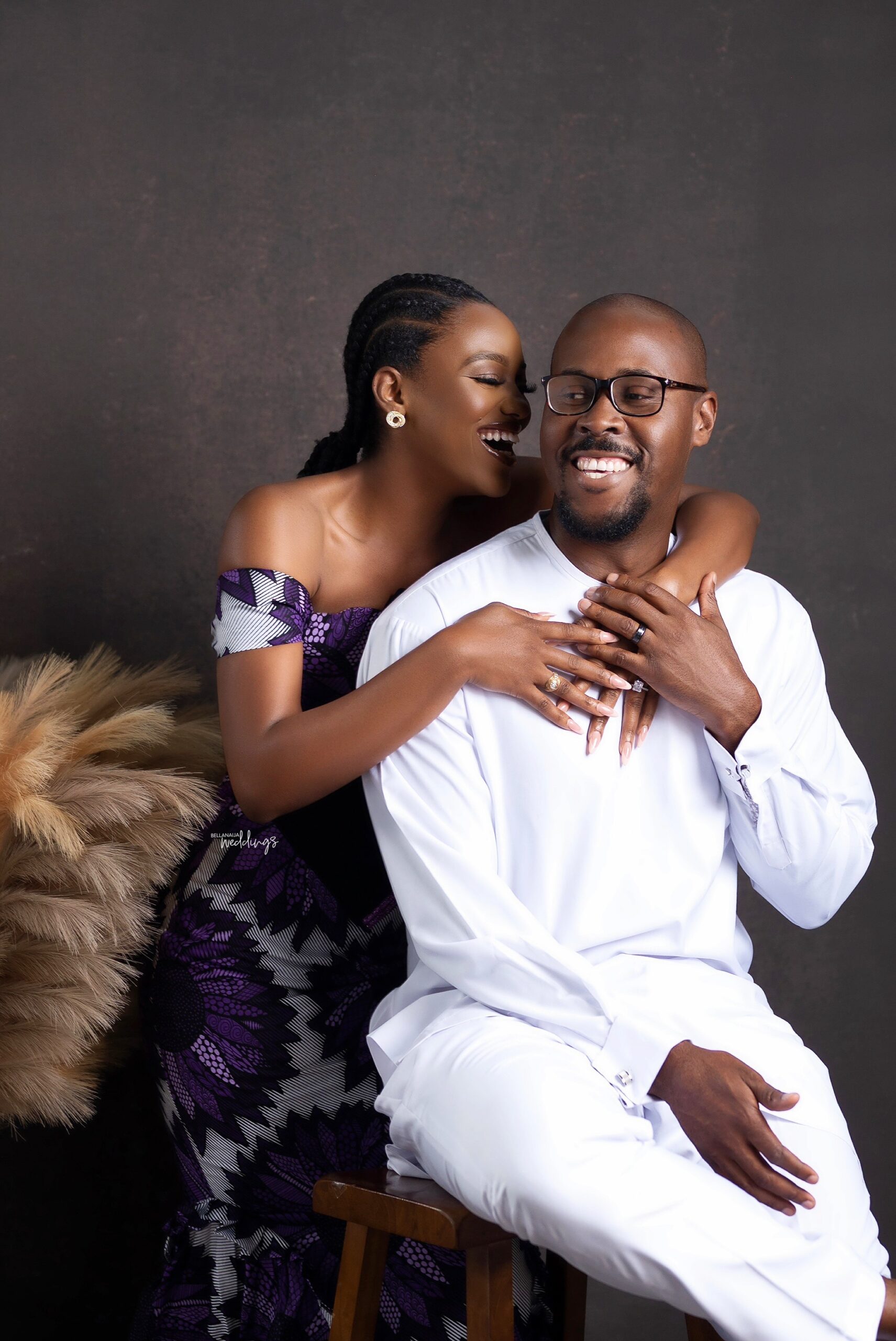 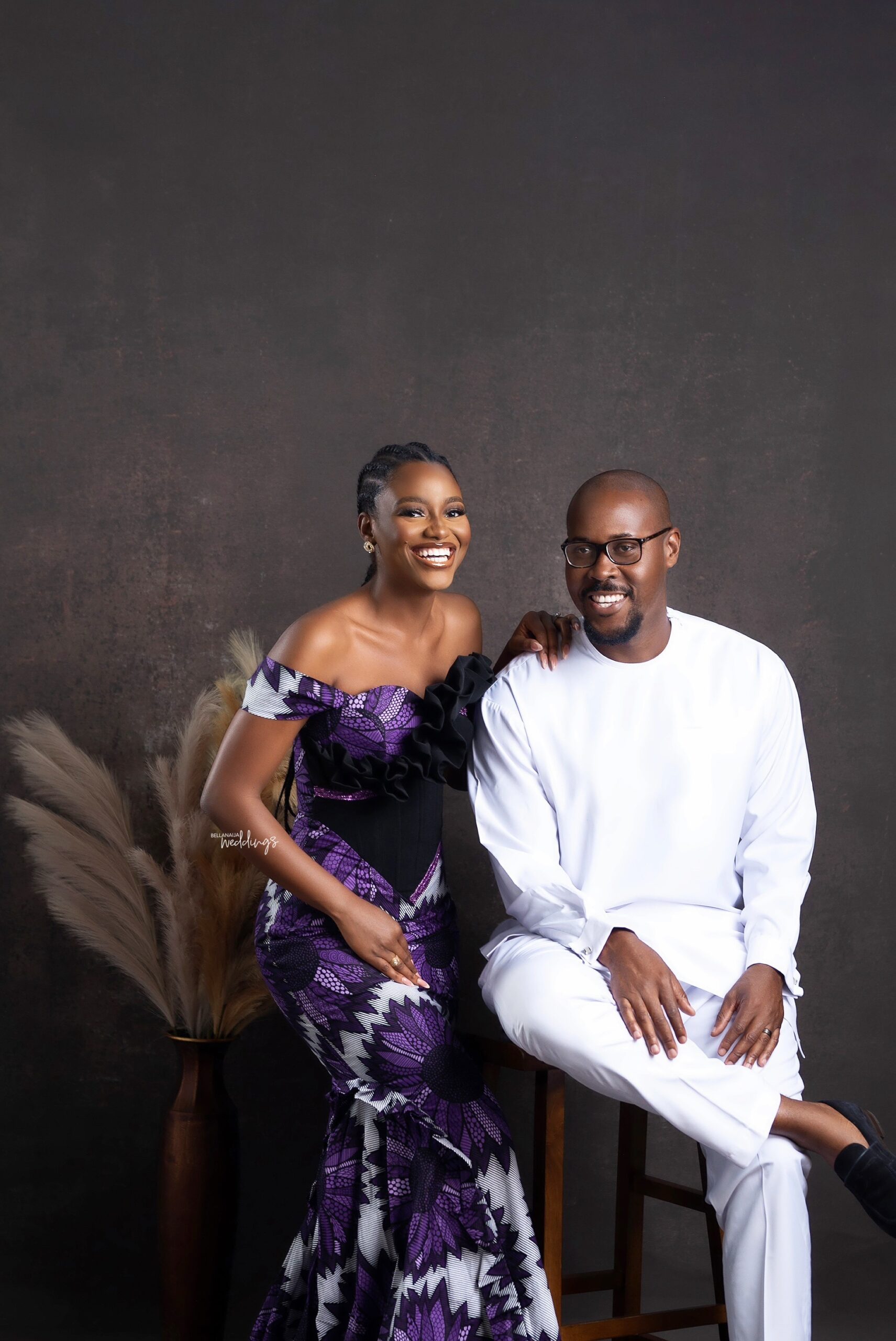 Ladies and gentlemen, just as I was about to give up on this sweet IG crush, all the very slow small chats we were having, the “not sure if he’s interested”, the “it was nice while it lasted”… You know how it is when you’re waiting for a move but it just doesn’t feel like it’s going to happen? (Yes, the ladies can relate) especially after you’ve technically shot your shot lol. There’s only so much shooting you can do, common! 😂 Right at the start of the month, I posted a cheeky picture on my story and that’s how TJ responded to that picture (I won’t tell you what he said. 😂) All I’ll say is, that picture initiated an 8-hour long conversation that moved from my Instagram story to my actual life story. All this to say, in October I married my Instagram crush, the man in my dreams and now my very best friend in the world. Kayode is an answered prayer and so much more. He is a man of his word, kind and compassionate to a fault, honest, real and so down to earth, thoughtful and intentional, always willing to learn and listen to me, doesn’t play when it comes to me. I cannot wait to spend the rest of my life shooting my shot just for him because he is so worth it and I know that truly God brought me joy. Babe, I love you through every storm I know God’s grace will be more than sufficient for us. 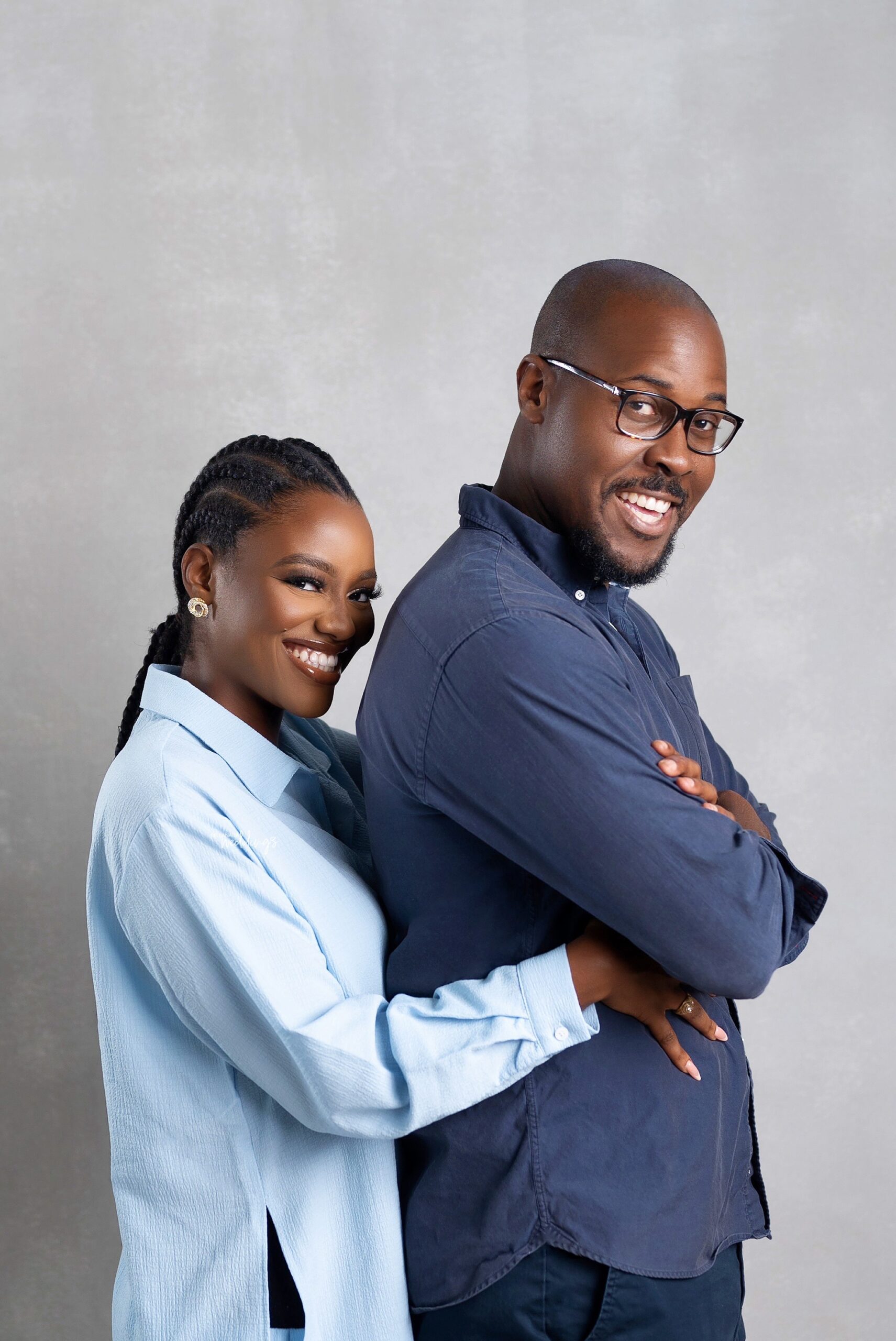 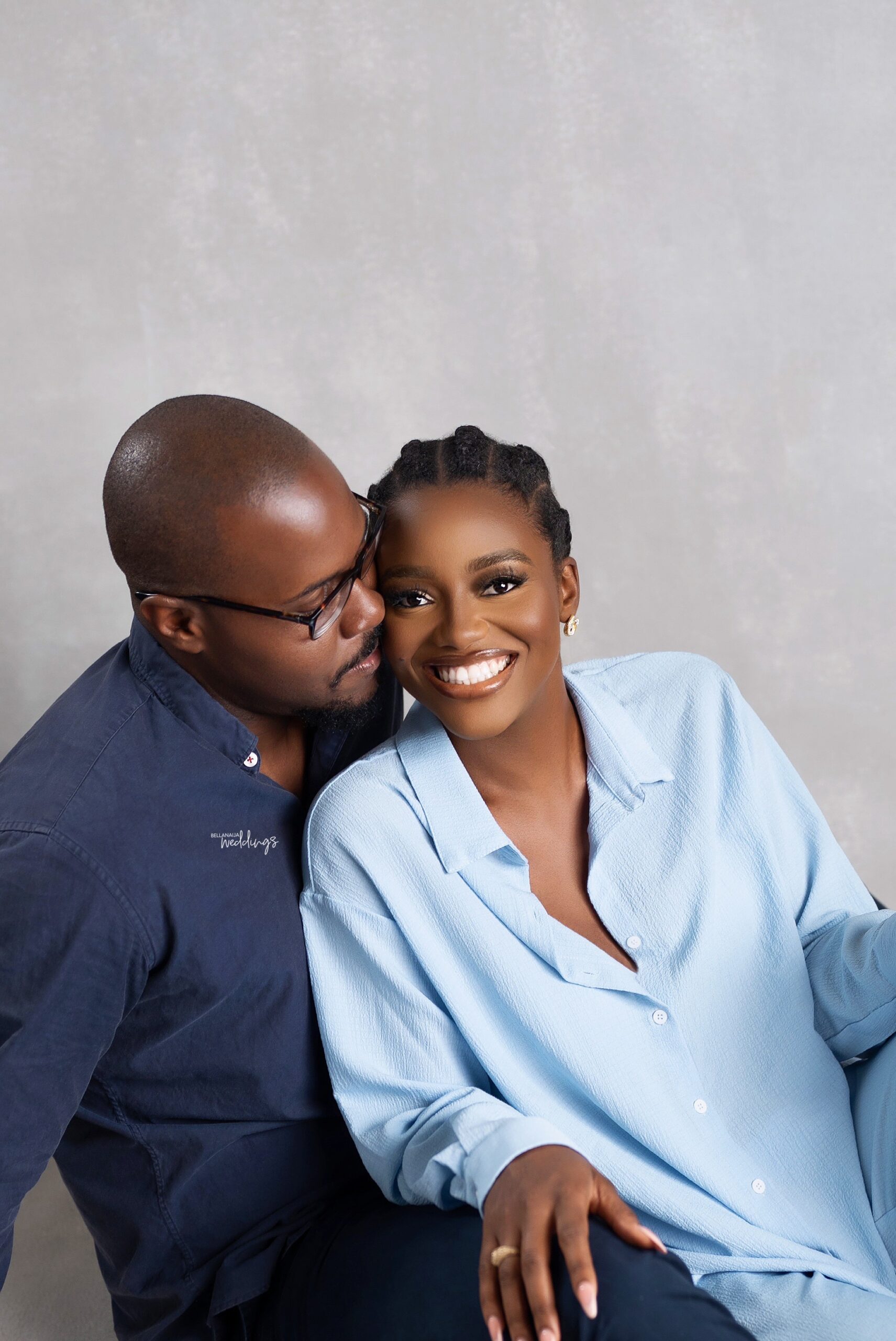 Kayode’s side of the story:

February 14th wasn’t quite as beautiful for me. My brother @ferdyadimefe asked me to speak on a panel. I declined and told him that my story wasn’t for a church crowd and I did not want to chase his congregation away. Fast forward and the day came. I spoke very little. I was introduced as single and I immediately sat up, as I wasn’t. My thought was, “these people want to get me in trouble!”. Fast forward and yes I shamelessly put up “what would you like to know” In what was definitely a boring moment. The usual questions came. I got a DM from @sherrycocoevents. Her message said “my sister is interested in you (RED FLAG). She had included Tamara’s handle so I dropped my suspicion and checked her page and wow 🔥 Nosizwe, It has been a discovery of self as much as discovering who you are. Self-love in order to love more. Miebi, Thank you. If the first 12 months are anything to go by, I thank you (and God) for a lifetime of infinite love, peace, growth, resilience, endless possibilities, friendship, laughter, and the best fried rice this side of well.. you know the rest. Here’s to life! It won’t always be smooth sailing but we sail. We sail through and we sail on! To infinity, and beyond, my Love. Amen. 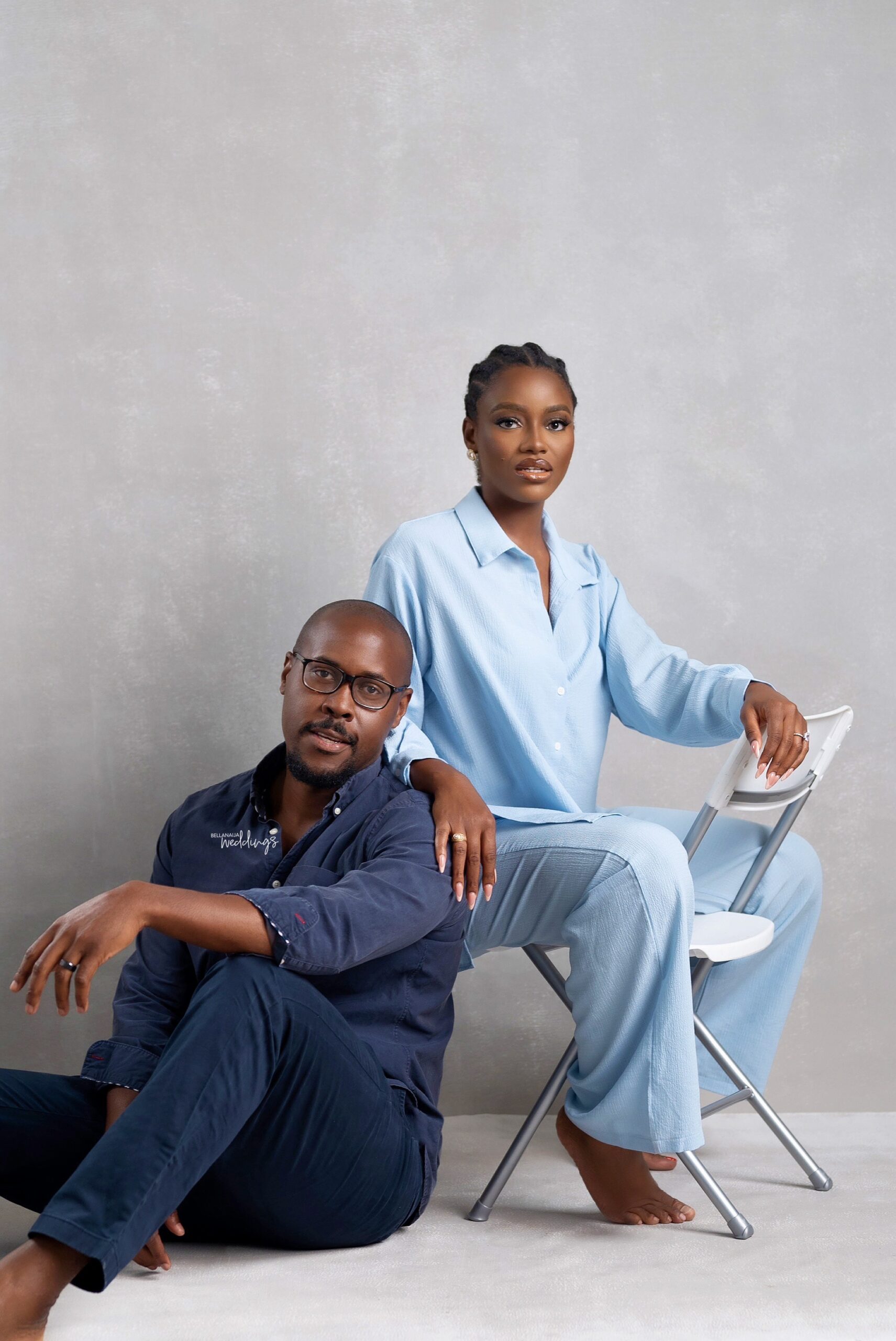 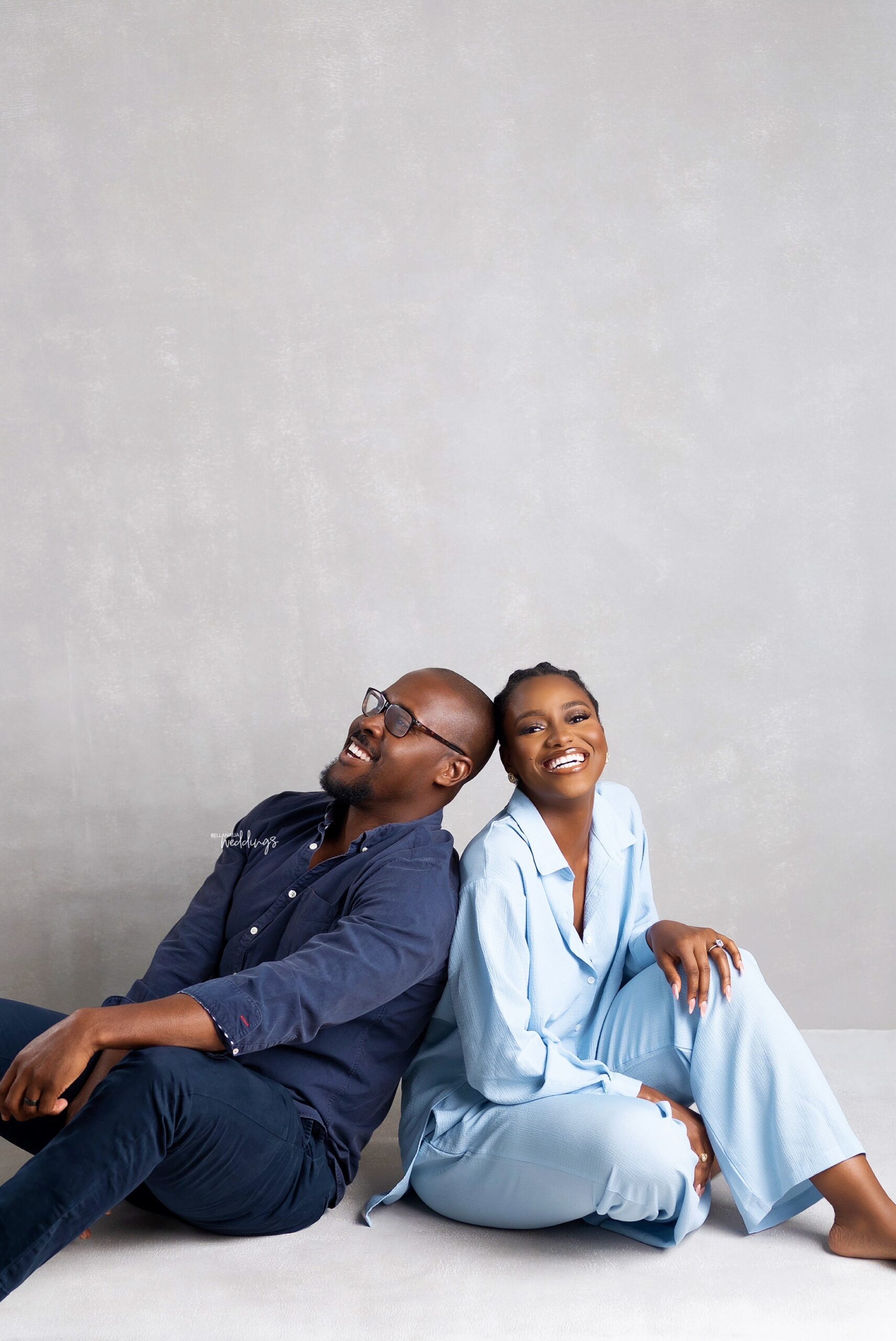 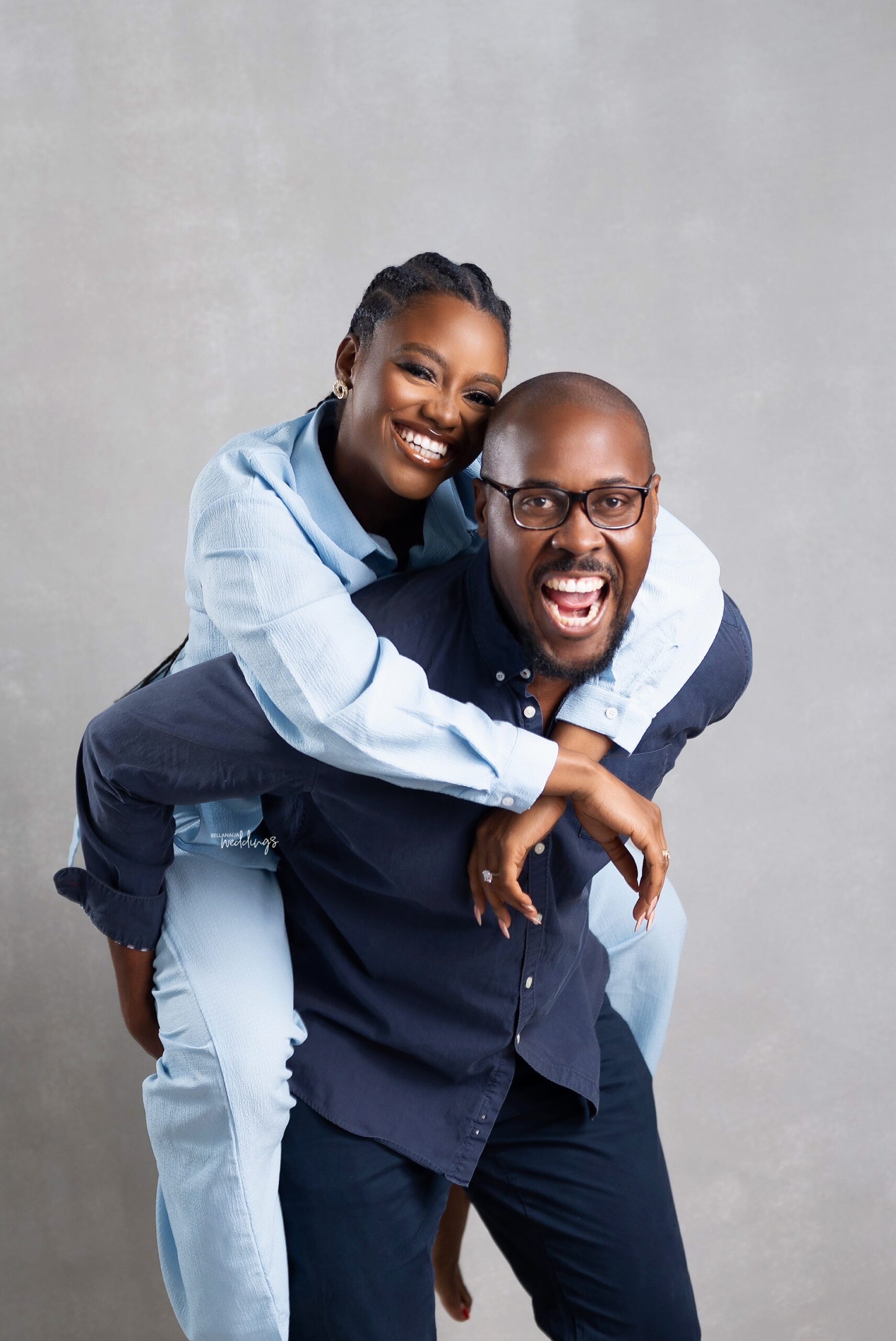 Lisa & Oluwayomi’s Happy Ever After Began With a Message on Instagram!