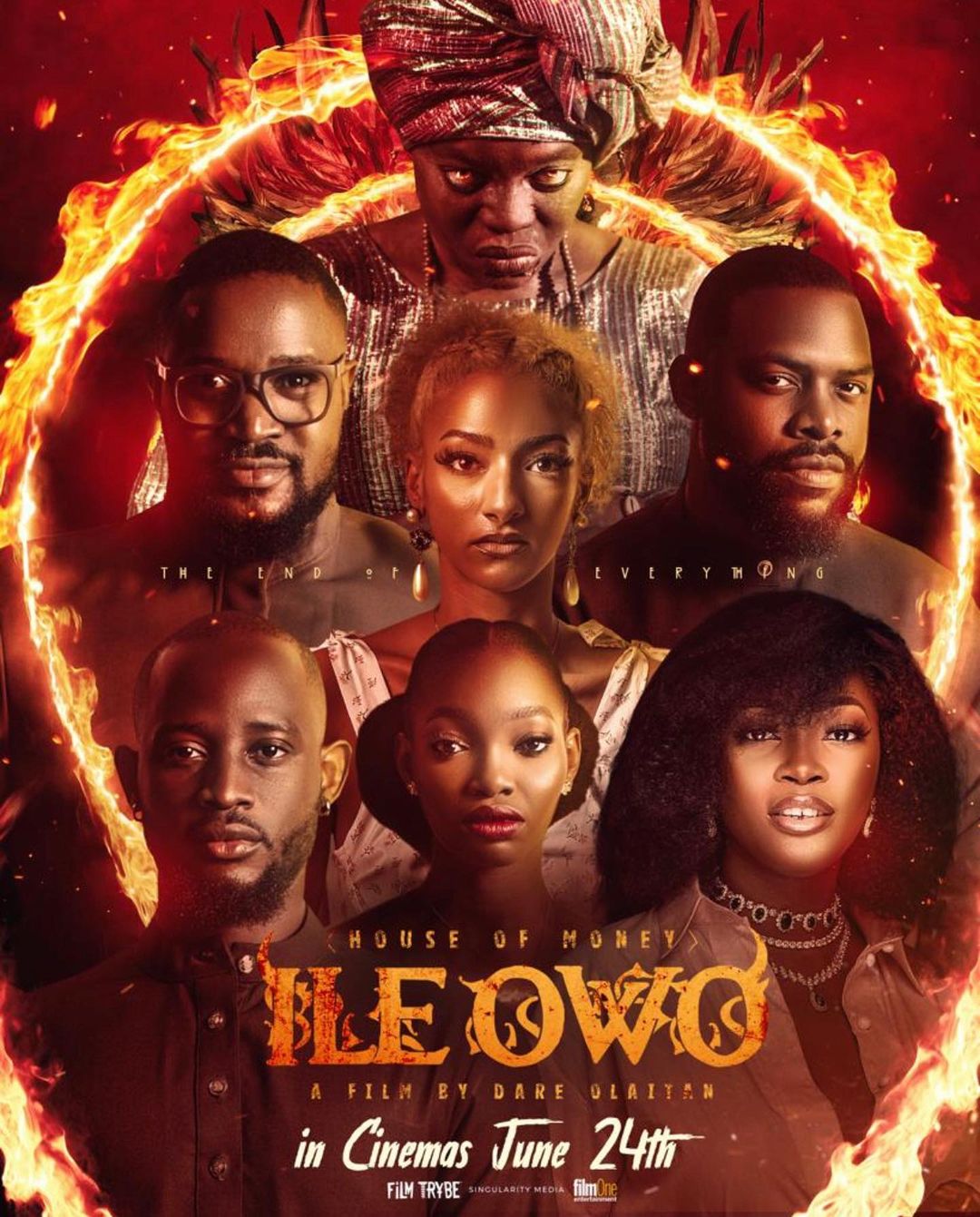 Dare Olaitan has released the official trailer for his latest horror film, “Ile Owo (House of Money),” which will be released in theatres on June 24.

Starring Efa Iwara, Bisola Aiyeola, Sophie Alakija, Immaculata Oko Kasum, Tina Mba, Mofe Duncan, Taymesan Emmanuel, and Bukunmi ‘Kie Kie’ Adeaga-Ilori, the horror, thriller, and romantic film, follows the story of Busola, who has forever been unlucky with love. She is pressured by society and her parents to tie the knot as a means to lift her family out of poverty. She finally meets Tunji-the perfect man. At first, Busola struggles to understand why a billionaire would choose to marry her, but after she accepts his proposal of marriage, a series of increasingly disturbing discoveries lead her to a truth she could never have imagined.

“It’s about inequality which in a way almost my films are about but this time we approach it with the genre conventions of horror, thriller and romance. safe to say your boy spazzed. AGAIN. See you soon and remember. Love is worth dying for and everything has a price,” wrote Olaitan on Instagram.

Fashion Moments from Episode 5 of the #BBNaijaShineYaEye Reunion Show