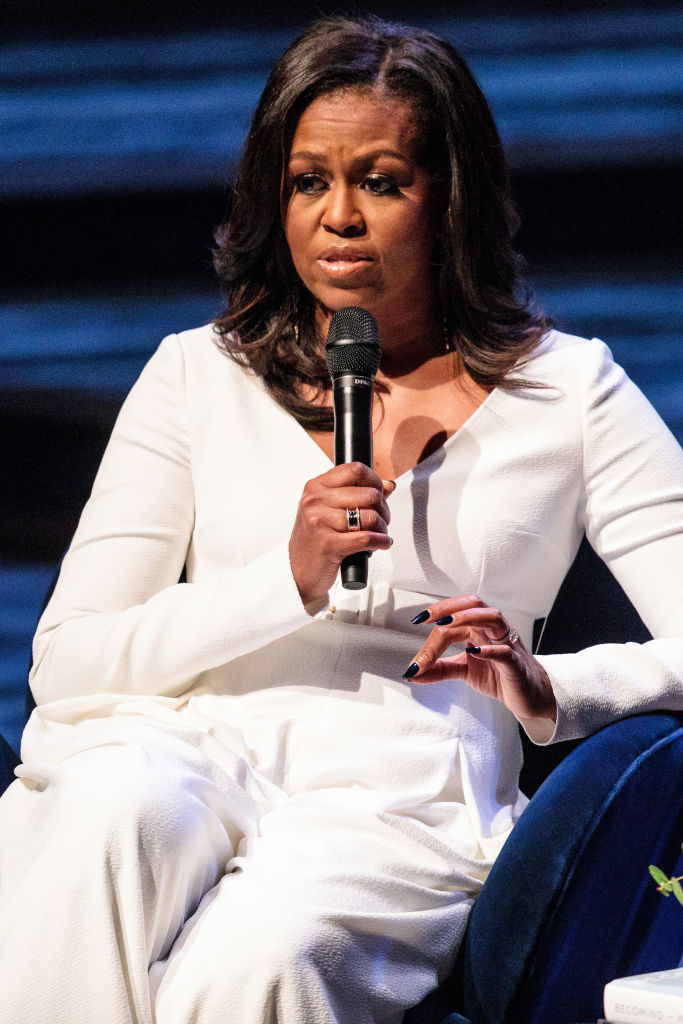 LONDON, ENGLAND – DECEMBER 03: Former U.S. First Lady Michelle Obama speaks at The Royal Festival Hall on December 03, 2018, in London, England. The former First Lady’s memoir titled ‘Becoming’ has become the best-selling book in the US for 2018 according to figures released by her publisher Penguin Random House. (Photo by Jack Taylor/Getty Images)

Activist and philanthropist, Michelle Obama is now a two-time author. In a special announcement on “Good Morning America,” she announced that her second book, “The Light We Carry: Overcoming in Uncertain Times“, will release on November 15, 2022.

“I can’t believe it’s been a few years since I published my memoir, “Becoming.” And in that time, a lot has happened,” Michelle said in a video she premiered on “Good Morning America”. “We’ve seen a global pandemic. We’ve seen an insurrection. A rising tide of hate, bigotry, intolerance, and a whole lot more. It’s often left me feeling just a little out of balance. I felt vulnerable, and yes, I felt afraid.”

In this new book, Michelle tackles the question, “How do we overcome?” She tells a series of stories and insightful reflections on the power of lighting up for others and oneself, drawing on her experience as a wife, mother, daughter, and First Lady.

“Like so many of you, I’ve spent a lot of time these past few years thinking about how to keep myself centered in a world filled with so much uncertainty,” she wrote via social media. “This book is a collection of stories and practices that have helped me sort through all the challenges and questions that keep us up at night: How do I know I’m good enough? How do I bring my whole self to the table? How can I overcome my fears?”

This book also details how she discovered the power of change in practices of positivity. Through her core values, like “staring kind,” “going high,” and surrounding herself with trusted friends and mentors, she has found the key to maintaining hope and remaining balanced through life’s many challenges.

To encourage young people to discover the power of their voices and original stories, Penguin Random House is also naming an annual $10,000 “Michelle Obama Award for Memoir” in the former First Lady’s honour. This is to be awarded as part of its long-standing Creative Writing Awards (CWA) programme for public high school students in their writing endeavours.

Boma, Emmanuel, Wathoni & JayPaul discuss Life Before & After BBNaija in this Episode of “The Hustle”